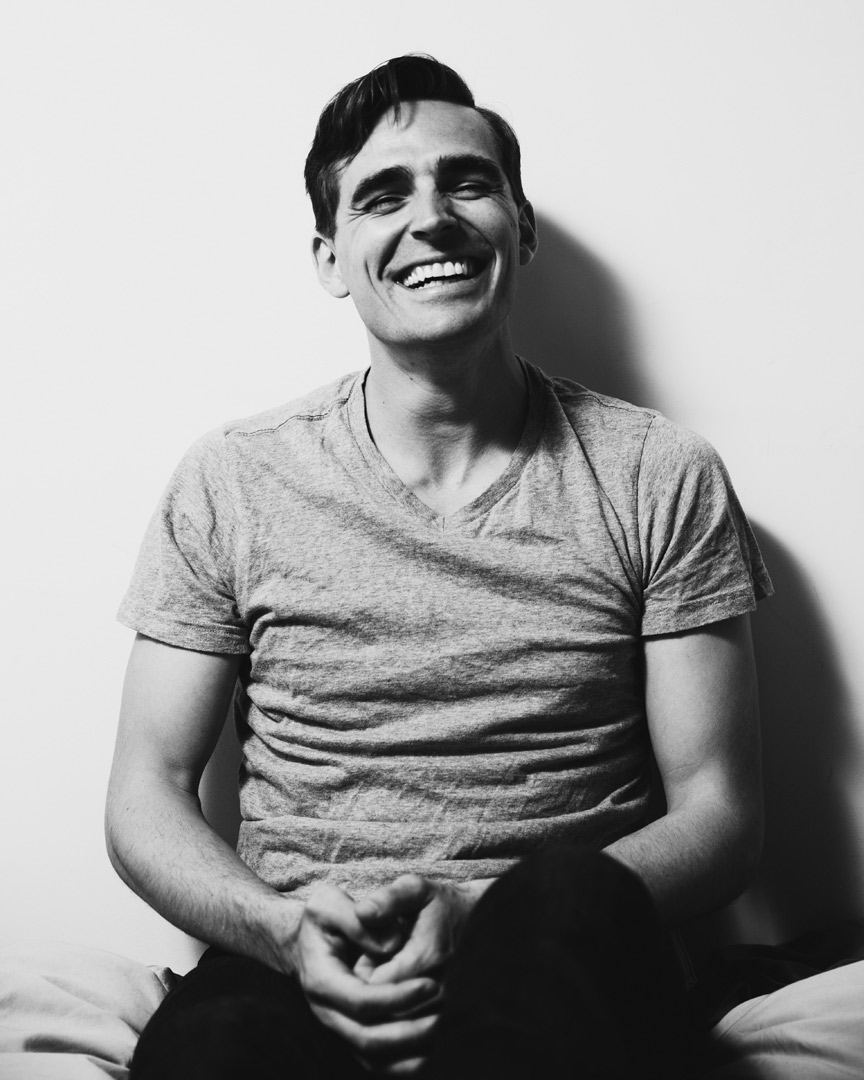 Driver Ed (the first three episodes now streaming on Vimeo – less than a ten-minute commitment) is a woke variation on witty web programming in the age of content overload. Ed is an all but agoraphobic introvert borderline recluse who has been in an online relationship for two years with the girl of his dreams who he’s about to meet for the first time. The catch? The poor schlump has been lying his startling blue eyes off to his unsuspecting girlfriend that he’s a NASCAR driver. This would be bad enough but the liar albeit endearing internet savvy millennial has gone as far as photo-shopping himself into pictures wearing NASCAR swag and even worse, he’s never sat behind the wheel of a car. The entire premise or so we think is based on Ed learning to drive so that he can at least ferry his girlfriend around and not completely die of shame and humiliation. The lack of a driver’s license is a red herring. 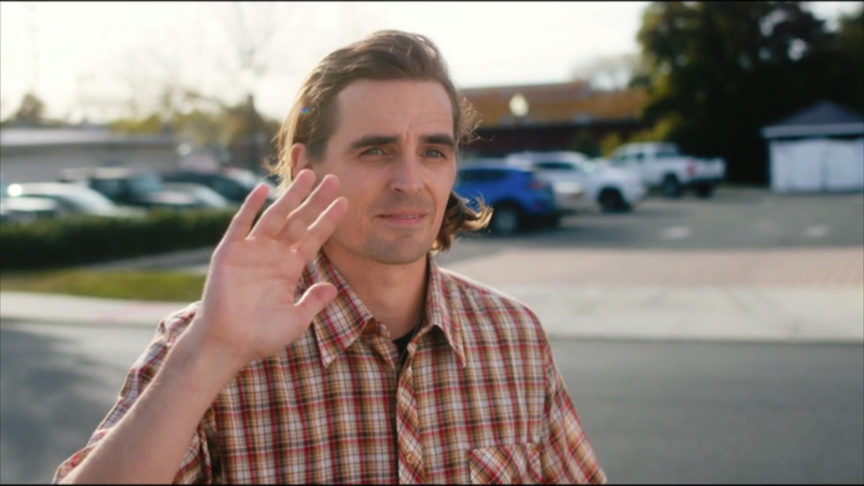 The Tribeca Film Festival is a symbiotic festival that immerses artists, creatives and the media together in a way where worthy content that may not have had a platform finds a voice. Driver Ed is a self-funded web series by serious filmmakers who called in their friends to bring a charming and surprising bit of programming to the web. The problem, of course, is getting people to know it exists.

The following is an excerpt from a conversation with Jacob A. Ware and Amanda Cowper. It has been edited for brevity and clarity.

Jennifer Parker: On the development of Driver Ed.

Jacob A. Ware: So basically my idea was I don’t drive. [Well] technically, I do have my license, but that’s a technicality… I wanted to do a series that was about this character Ed who doesn’t have his driver’s license and then as I was developing this character, I really like[d] the idea of the concept of white lies and what we tell people, especially in relationships early on. Whether it’s to impress someone or please someone and I think Ed very much is the latter. [Ed’s] constantly wanting to please and he’s kind of a recluse. Also, I wanted to create a world where gender fluidity [is] more like a norm. [Is] just the baseline…

JP: On the theme of sexual fluidity:

J.A.W: Yeah, definitely. The thing that I was really excited about with the relationship with Ed and Sweet Jody was that Ed is a seeker whether he knows it or not and the connection he makes with Sweet Jody … It’s surprising because Ed thought he had everything he wanted in his life. He thought he had what he wanted and this guy comes along and it’s kind of like, “Oh, maybe that isn’t what I want in life.”So, again, going back to the world that I wanted to create this more inclusive world, where it’s like, it’s not a big deal…at the end of the day, it’s just surprising.

JP: On Ed’s highly structured insulated life:J.A.W: We ended up putting everything in his room because that’s his world. That’s where he lives that’s where he thinks [and] works, we don’t really know about the rest of Ed’s life but everything is there… He ventures out into the world but originally in the script we had him doing different scenes in different places of the house… He has things organized, he has things decided. He’s curated his relationship with someone who he’s been dating online for two years. He’s curated to be exactly as he wants and when he goes into the world everything changes. Yeah. And that kind of transition, that journey into that unknown, and yeah, when he gets outside of that world there’s so many surprising things that he’s finding out.

JP: On the idea of New Jersey versus New York:

J.A.W: That stemmed from … the original script …the script went through so many iterations and there [were] so many drafts of it. I think originally it was set in Brooklyn and then through one of the many evolutions of it through conversation[s] with Amanda [the director]. We ended up putting it in Jersey. I think one of [the cities] was Cleveland, but we were like, “That’s not in our budget.”

Amanda Cowper: It’s pretty close, it’s Cleveland-esk. Yes, and you know it’s Jersey because there’s a bus that says New Jersey on it. But, when [Jacob] showed me the script, it was a story in the city, and I thought that this is a story in…

Jacob: Oh, I thought you said Astoria in the city-

AC: {laughter} No. A story in a city, and yes, I think it’s much more interesting for someone to somehow escape driving in the suburbs. That’s a different brand of person who’s about to withstand that, yeah. 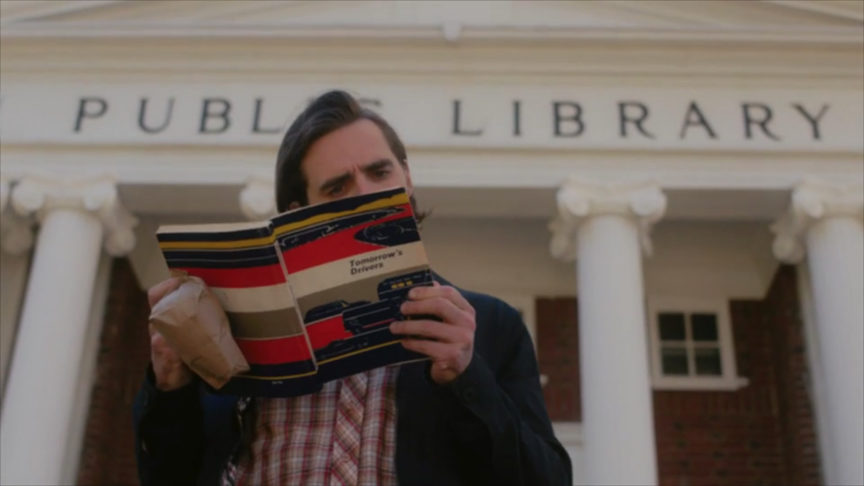 JP: On the driver’s license as a right of passage:

AC: That’s interesting that you brought that up. So, the normal time when a person would get a driver’s license is 16 which is a coming of age time. This guy is [in his] 30s and he’s coming of age, he’s blooming, late I mean in his … in, obviously, this right of passage thing of driving a car but also of finding out who he loves.

J.A.W:  Yeah, and it’s interesting as far as a time when you’re in your 30s. It’s tougher to make relationships, right? As opposed to in your 20s…It’s always a revelation when you meet someone late and you’re like, “Oh no, you’re one of my people, is this cool? Can I make a friend this late?”

JP: On Sweet Jody being a red herring and what’s next for Driver Ed:

J.A.W: Absolutely, And actually structurally speaking that’s kind of … that was like a really fun thing to play around with. The format of web series is so interesting. There’s so much … you can do so much with the art form. It’s like you only have “X” amount of minutes to make magic, to make something. And, yeah, I knew I wanted to have these episodes and at the end of the episodes, there’s either like a cliffhanger or a red herring. Those were really fun to put in there and build.  So, it’s a six-part series. We shot three episodes. The next three, we’re excited to do those. But, you know, the great thing about [Tribeca is] it’s an awesome marketplace. They’re … gracious at connecting filmmakers with like production companies and distribution companies and we’re gonna take advantage of that while we’re here.

AC: So, how we make those next three episodes is still up in the air because we funded this ourselves.

AC: So, yeah. We didn’t do like a Kickstarter. It was like, we’ve been in the industry for a while and called in a lot of favors.