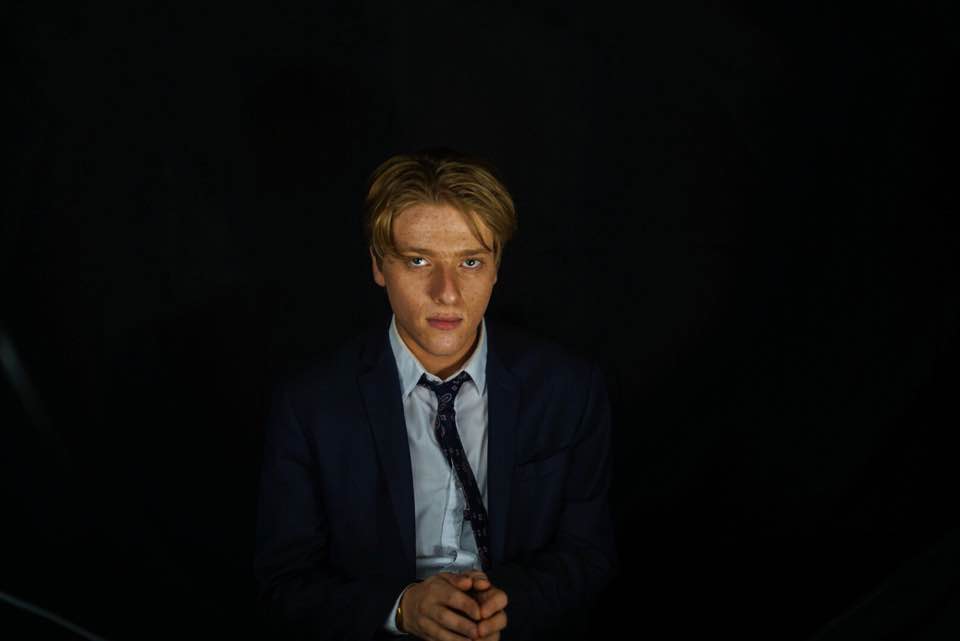 Joel Ronson, a beyond precocious 19-year-old producer, composer and multi-hat musician, doesn’t have a middle name, so he did what any creative kid would do: he made one up. “I used to pretend that it was Bruce,” he says with his delightfully soft yet calculated English accent while crafting a hand-rolled cigarette out on the sunny back patio of an East Williamsburg restaurant. “All throughout my childhood I would do that, because I was such a fan of Bruce Lee.” 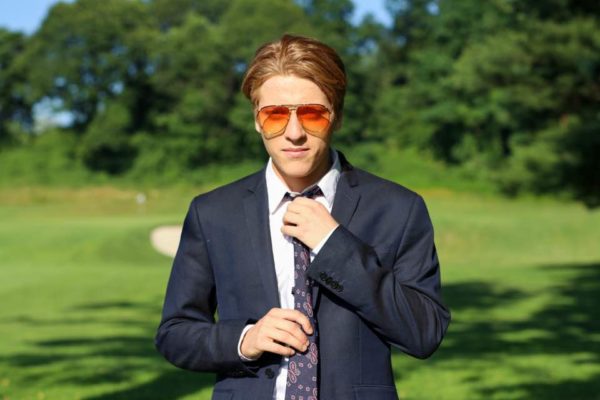 Joel, perhaps due to his age or country of origin, wasn’t aware that the name Bruce, for reasons still not entirely known (The easy, serpentine lisp? That Monty Python sketch? Bruce Wayne’s love of Dick…Grayson?), somehow took on an inexplicable homosexual connotation at some point over the last few, considerably more homophobic decades. “Bruce Ronson” does, to be fair, seem like the name of a 1980s porn actor that could happily swing both ways and certainly get the job done with panache. As a fun, furthering Warholian icebreaker, it’s asked of Mr. Ronson what his unique moniker would be if pushed through the silly “childhood pet-meets-the street you grew up on” porn-name generator?

Before getting into Joel’s clearly interesting relationship with his father, perhaps a moment to relay some more information regarding the industry reasoning behind this profile, outside of Ronson the Younger’s refreshing sense of humor of course. 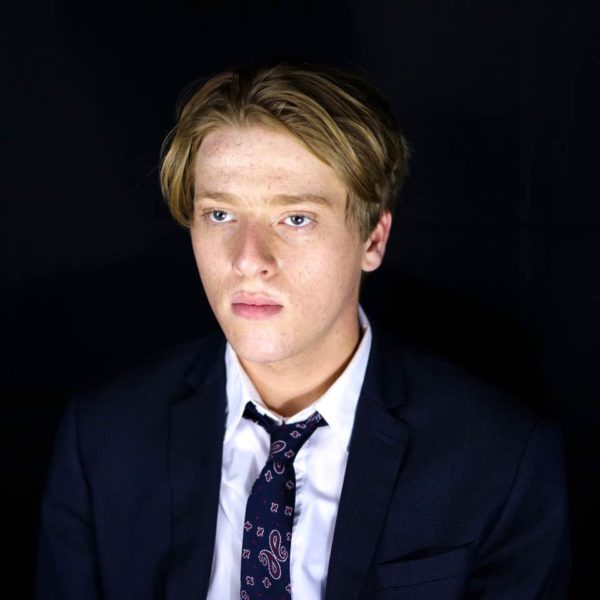 Joel Ronson, you see, is something of a musical wunderkind. He’s worked as a contract producer for Universal Music’s publishing division, producing a yet to be released track for fellow teenage Brit, Isabelle Brown, for instance. He recently scored writer/director Cody Joel’s 2018 short film, Pike County, which tackles the opioid crisis in Kentucky.

Joel also served as the composer for season one of The Butterfly Effect on Audible. “I should say here that it’s my father’s podcast,” Joel adds, not reluctantly exactly, but certainly with an uneasy sense of self-awareness. “I understand there’s this nepotistic connotation with such a thing, but at the end of the day, Audible didn’t need to hire me and it wasn’t my father’s decision. In any case, now we’re doing season two.”

Joel’s father is Jon Ronson, who by all metrics is a pretty fantastic writer; responsible for penning a slew of successful and clever films as well as a few best-selling, culturally omniscient books. Ronson the Elder (though still youthful in an anti-foppish, irreverent, ‘90s lost-boy kind of way), had an insanely popular column in The Guardian, which lasted for three years and made him something of a celebrity. Unfortunately, Joel, who was a living, breathing subject in many of these “if David Sedaris were a straight Welshman” real-life family stories, often found himself the unwitting butt of the joke. At young Joel’s request (see: begging), Jon retired the article. Luckily, this freed him up to become one of the more fascinating screenwriters working today; something like Charlie Kaufman with a dash of The Kinks.

But this here writing, to be clear, is about Joel, who came into this writer’s life when his insightful, nervously intrepid but not very “artsy” long-time friend (and attorney in the Fear and Loathing capacity), consensually (for the most part) kidnapped Joel (after meeting the loquacious and ambiguously aged youngster in an Uber pool) and dragged him to an intimate loft party at 112 Greene Street in SoHo with some international artist types. Everyone loved Joel and in a manner well beyond some kind of single serving, unsustainable, kitsch novelty. It wasn’t a question of whether or not he should be there, mingling with a bunch of reasonably well-seasoned New York 30-somethings. He simply had to be there, as fate would have it. 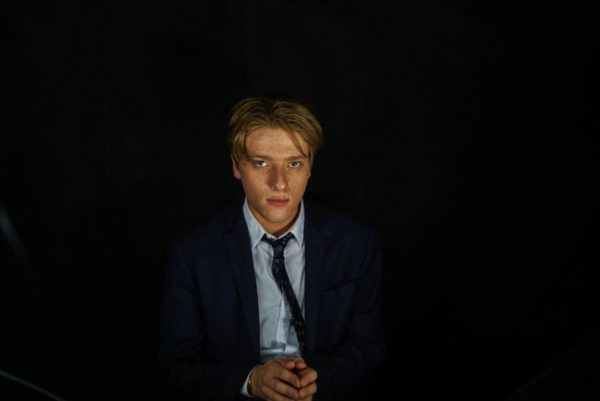 Interestingly enough, outside of his production work, which sees Joel lending his talents to an ongoing rogues’ gallery of new media creators, rappers, filmmakers, and budding pop-stars, Ronson is more than happy to put himself out there as an Artist. In early 2017, he put out the self-published EP, Greeting One’s Self is Like Meeting a Stranger, which begins with the track “Life Made Me Nervous,” which sounds like something Daft Punk would make after doing too many Whippets with Q Lazzarus. The right people took notice. “I was just doing what everyone else was doing in this field,” Joel explains, “just putting things out there and hoping for the best.”

Soon Joel found himself holed up in West London in the fall of 2017 and working with the even younger Isabelle Brown (an artist The Fader compared to Amy Winehouse). He also spent some time producing a track for British rapper SiD, which involved investing some of his own money in the project. Joel decided to (temporarily at least) direct his time and efforts back to his own career when the rapper switched up his style indefinitely and shelved the track.

This infused Ronson’s personal work with a more satirical tone, one that both celebrated modern pop-music, but simultaneously took the piss out of the industry, as they say. “England is an inherently cynical place and our generation is very cynical,” Joel says, quite aware that the millennial (whoop!) social media zeitgeist (for better or worse) all but obliterated indie hipsterdom. “Within my own voice and my own narrative, I felt like I had to be humorous and self deprecating. There was something that felt abnormal about great sincerity.”

This isn’t to say Joel wasn’t dealing with some legitimate emotions, like loneliness and the often frustrating nature of waiting for his collaborative work to drop within a major label’s marketing strategy, which often involves an overly drawn out release process. “It was a bleak time,” he continues. “The weather was shit in Shoreditch (a neighborhood the late Alexander McQueen once called “desolate and rough”); like A Clockwork Orange nightmare. I got into such a bad place within this isolation; I thought, ‘I have to make a piece of music that does sincerely convey some of these emotions.’ ” 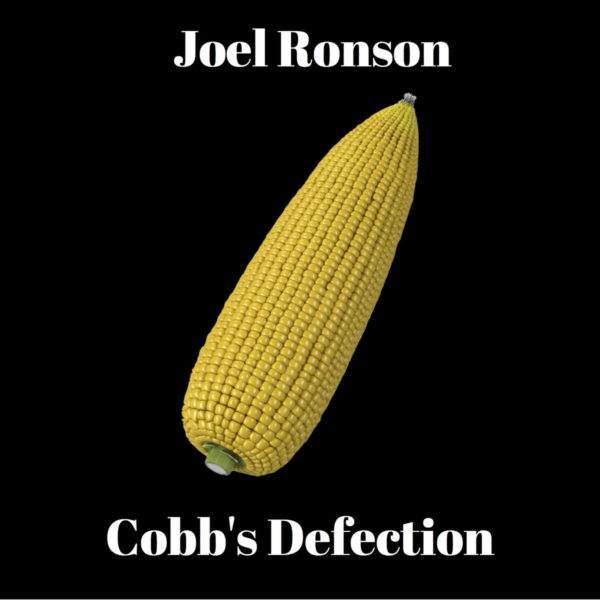 This would eventually turn into the self-published, February 2018 EP, Cobb’s Defection. The cover of the album is a big, yellow corn on the cob placed over a black background: very Andy-meets Nico & The Velvet Underground. “My father used to sing me Lou Reed songs like “Perfect Day” and “Walk on the Wild Side,” says Joel, highlighting the positive side of parental imprinting. And what about the obscure name of the EP? “It comes from that cult, Heaven’s Gate. Only one person ever successfully defected and that was James Cobb. I was listening to a podcast and the narrator said, ‘Blah, blah, blah and Cobb’s defection…’ and I thought, ‘Wow, there’s a title!’ ”

In February 2018, Joel released a video for the lead single, “Pear,” but cites “Late at Night,” rather tellingly, as the track that means the most to him. One thing is certain, nobody in America, especially at 19 years of age, is making music like this. Though Cobb’s Defection had its merits, it bears a strange, striking resemblance in tone (not in genre and certainly not in exposure or budget) to Kanye West’s recent Ye, in that it’s a stream of consciousness confessional of sorts. It’s a form of therapy with a high potential to alienate all but the most receptive ears. Cobb’s Defection serves as a musical ménage à trois between Ringo on Sgt. Pepper’s, Lil Yachty, and a stoned David Attenborough.

Though Cobb’s Defection was released under Ronson’s real name, Professor N.E. Where, a sort of rough Ziggy Stardust meets a teenage, blood and guts Damon Albarn creation, is somehow a more focused avatar for Joel’s full musical capabilities. It’s as though Winston Niles Rumford, a quantum-capable character from Kurt Vonnegut’s The Sirens of Titan returned from the Chrono-Synclastic Infundibulum many decades younger and instead of setting up a new global religion or starting an intergalactic war, decided instead to make a series of quirky music videos.

In late April, Ronson released “Beatles (When I’m with You)” through a Technicolor music video directed by Peruvian multi-media artist Cecilia Collantes, the same woman who hosted the serendipitous loft party at 112 Greene Street. Ronson (as N.E. Where) can be witnessed in the video gyrating on a boat in a silver leotard, drifting across the Hudson River at sunset like an impish hybrid of Bowie and Led Zeppelin’s John Paul Jones, dropping meta John Lennon mantras by way of Kraftwerk, all while decked out in Kurt Cobain’s trademark bug-eye shades. It’s a deliberate conglomeration from a too smart for his own good, tongue-in-cheek intellectual throwing all our most revered pop-culture icons back at us.

And now for the worthy and essential peg: Joel Ronson is like frightening A.I., advancing and evolving at a terrifying pace. Forget giving you what you need as opposed to what you want. How about both? Enter “Waiting for You;” a catchy summer banger with a killer chorus, several rave drops and an early musing on pseudo-intellectualism that stands as its own clever hook. This is the music video’s exclusive premiere, wherein we see Ronson (as Professor N.E. Where) cruising and schmoozing around modern day Manhattan like Drake in the “Hotline Bling” video, but with a tasteful sprinkle of auto tune, quite reminiscent of the harmonious, addictive vibes of The Beach Boys’ Pet Sounds (1966) and put through a jittery, ironic, black and white, 1979, Woody Allen filter.

“I wasn’t trying to be shamelessly poppy,” Joel begins, while rolling a cigarette for the road-the sun now much further along on its daily voyage. “It’s just my voice and my thoughts, but put in a sphere that’s enjoyable. I also think so much of the world we live in, especially at my age-and this effects everyone to varying degrees-so much of pop culture is geared towards self-loathing in order for people to buy a product to escape a sense of insecurity from the very thing that imposed that upon them in the first place. Like any 19-year-old, I too suffer from self-loathing. I want to make music about my own self-loathing that people can relate to. It’s not grandiose or arrogant, which we’re expected to be in this day and age. My music exists outside the realm of expectation.” 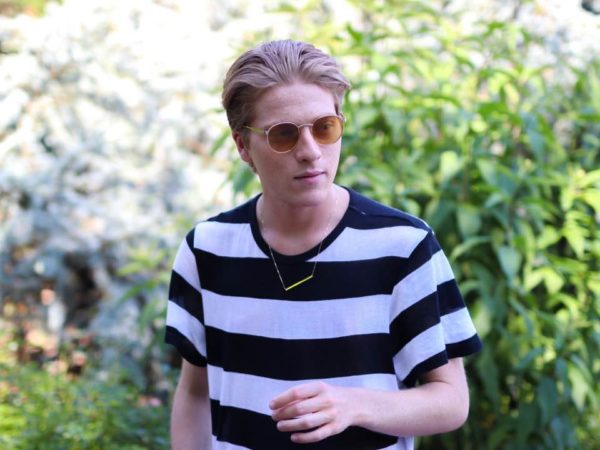