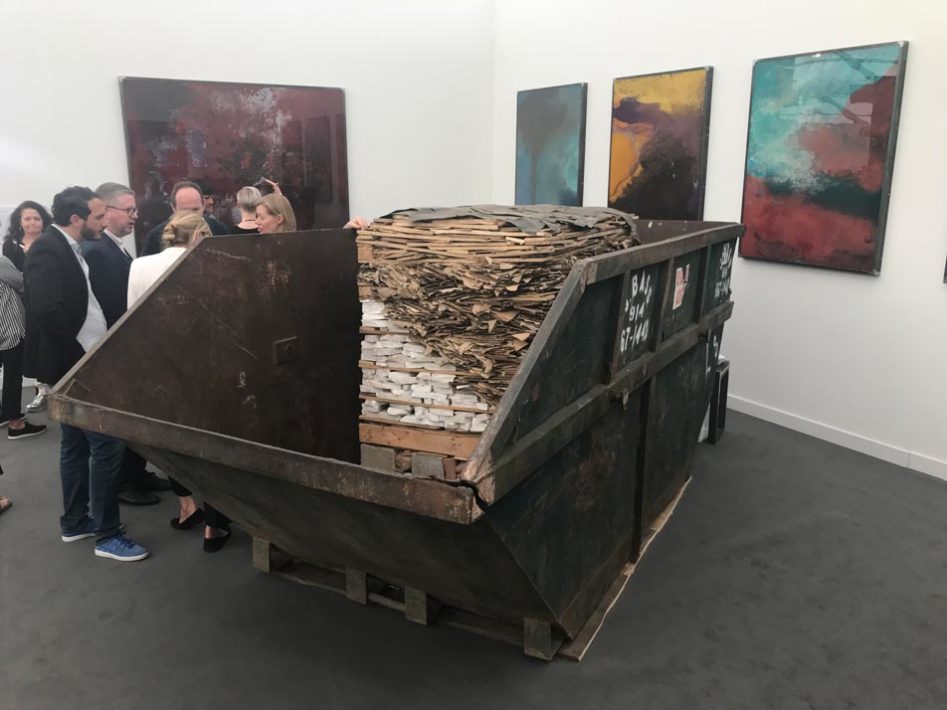 Randalls Island, New York—Quiet Lunch hit Frieze hard yesterday. And for the most part, loved every second. Except when we were sweating our fucking balls off the entire time because the AC wasn’t fuctioning. We also hated the new design layout of their massive tents. Why did they change on the previous year’s awesome design where the air, light and flow of the crowds was absolutely, beautifully harmonic. Why did they change on a good thing? Only proves the fact that smart people every now and again do stupid things, too. Enjoy our list of the worst from Day 1 at Frieze, New York.

1.Tracey Emin’s latest acrylic on canvas works are powerful, provocative, and beautifully composed. And she’s the only artist (at the moment) who’ll make both the Top Ten at Frieze List and the Worst Of at Frieze List. And that’s why we love her: because she has the power to make us Feel Like This, too. See her work at Xavier Hufkens booth and figure out what the This is on your fucking own. 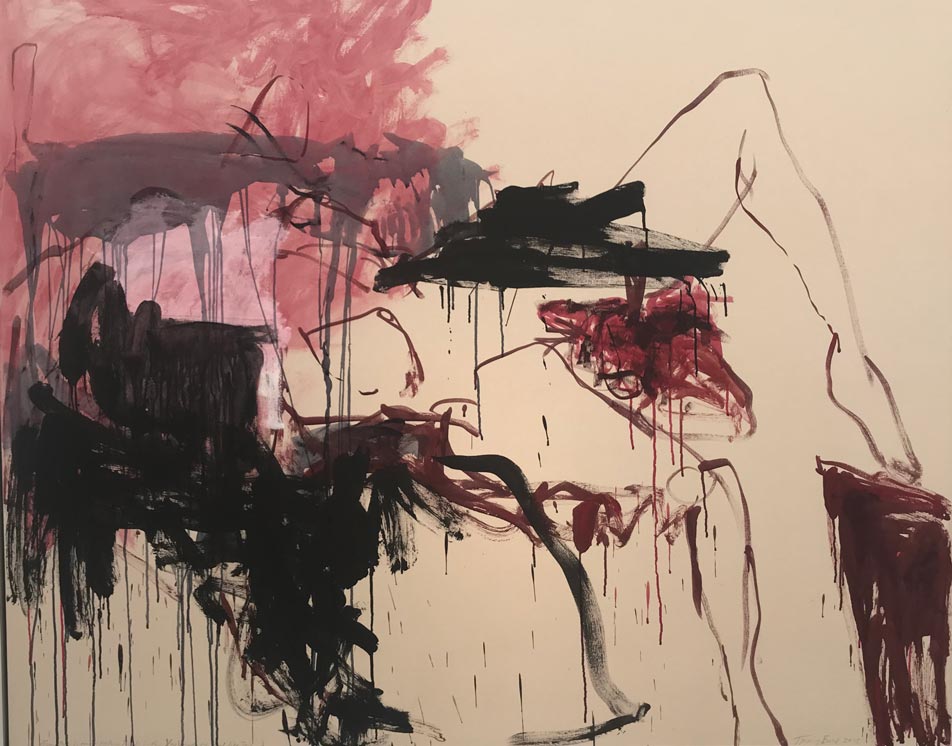 2.You know, everytime we see some big, box-like structure jutting off the wall, as Jordan Wolfson’s Untitled work at David Zwirner did, we recall the work of Ashley Bickerton, especially those pieces from the 1980’s— or his show at FLAG last year. And that’s too bad —for David and Jordan. 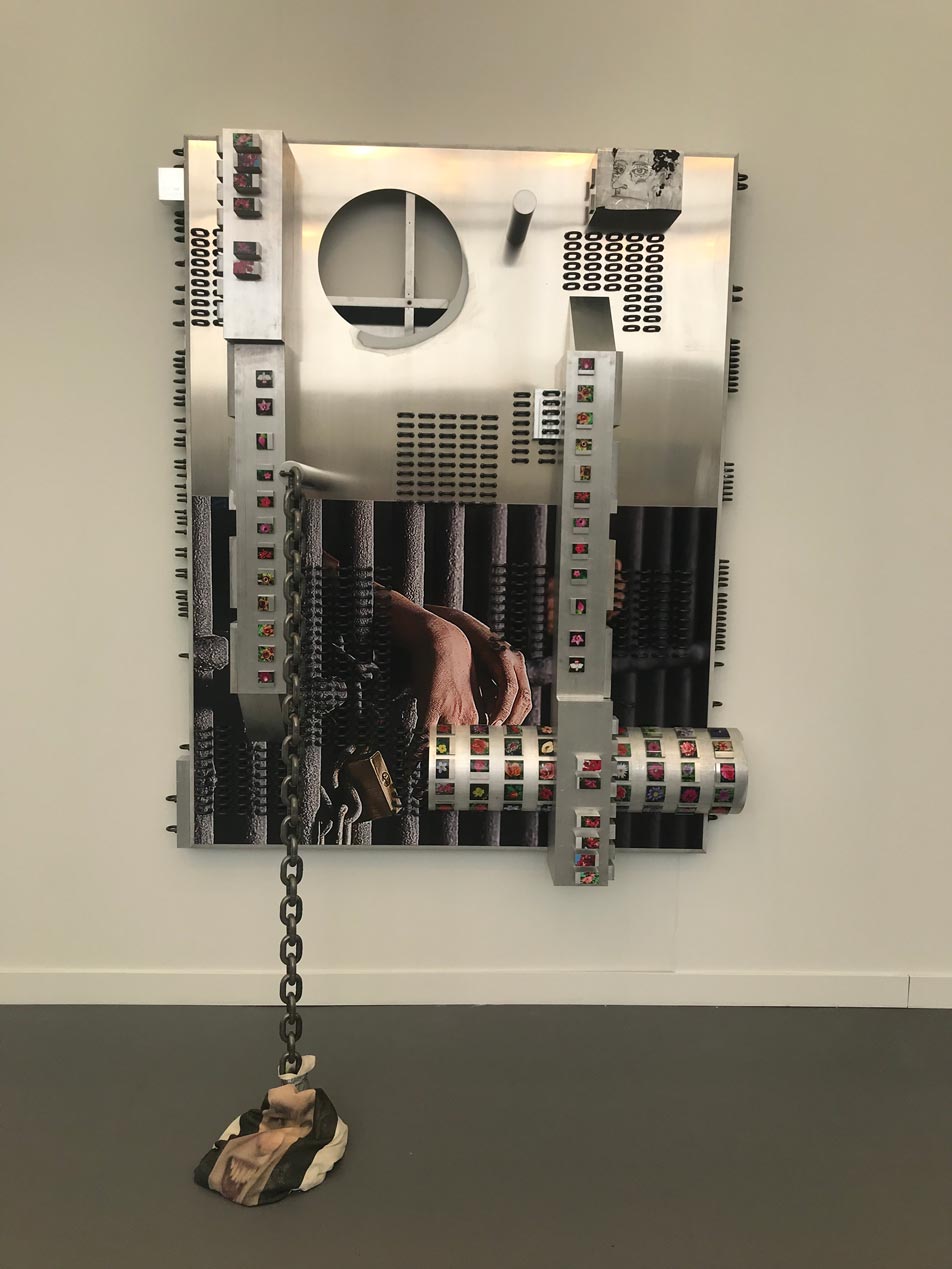 3.Kevin Harman at Ingleby Gallery takes taking out the trash to new and epic proportion. He’ll go to a construction site, and, in short, dumpster dive in order to rearrange the fucking trash. Layering it according to texture, color or material. Manic.  Hilarious. He should work at The Container Store and teach people how to clean their closets, help them arrange all their stuff. He’ll make a fortune. And we’re particularly fond the poorly cut piece of plywood on the carpeted floor. Wouldn’t want to add some plush Frieze carpet to the dumpster once the show is over, now would we? 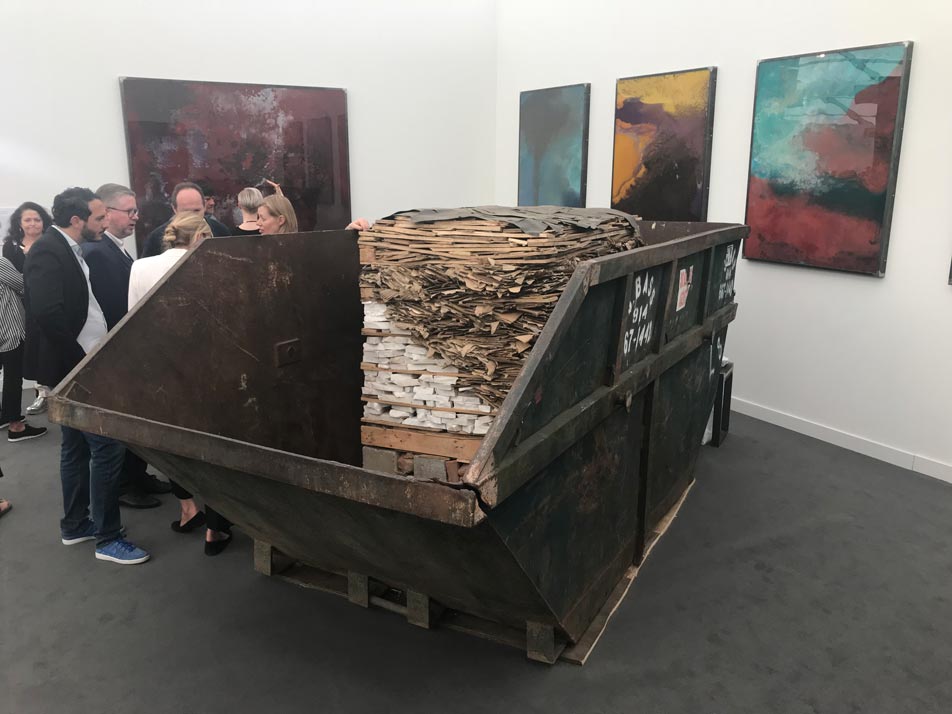 4.Judith Linhores’ flower pieces at P.P.O.W. stopped us in our tracks. Were we at Frieze, New York, in 2018 or at The Art Students League in the 1950’s (and even then this representational artist would’ve been behind the curve). When it comes to flowers, we prefer Henri Fantin-Latour because when you stand up close to one of his paintings, you not only feel the soft, warm light in his still lifes but you can smell, too, the roses in them. What are we supposed to be impressed with here? Brushstrokes? Color? No thanks. 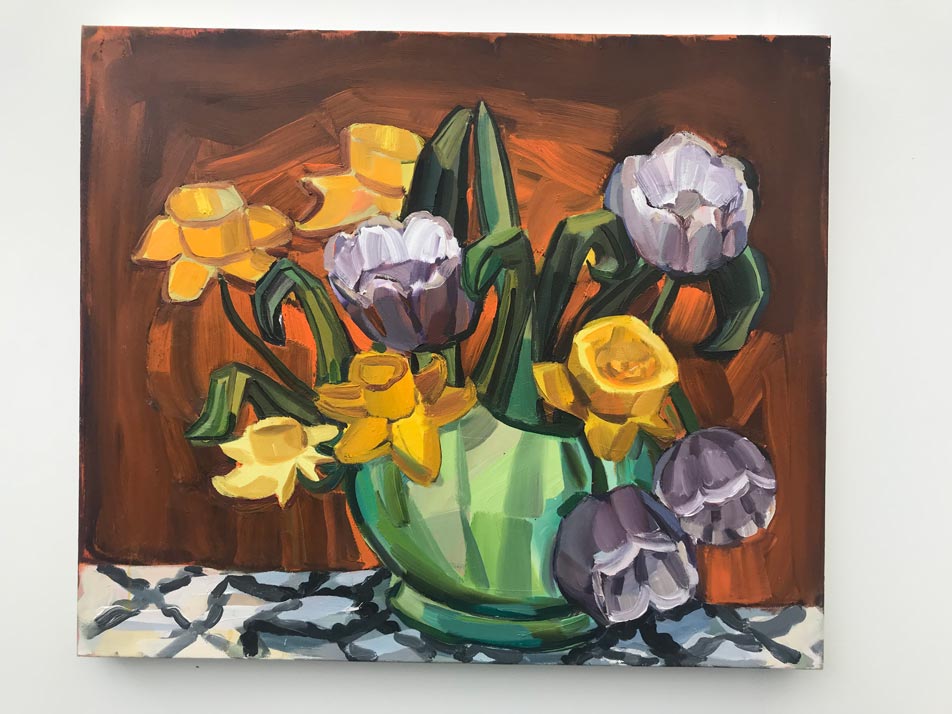 5.Robert Therrien’s enormous table and chairs at Gagosian. Probably the most photographed work at Frieze and perhaps the one that made everyone smile and laugh the most, too. And that’s a good thing. We need more smiles and laughter in this world. And for that, we give the artist and Gagosian credit. But we can’t help ourselves in comparing Robert and Larry to Milli Vanilli.  Remember when they,too, were loved and photographed by all? 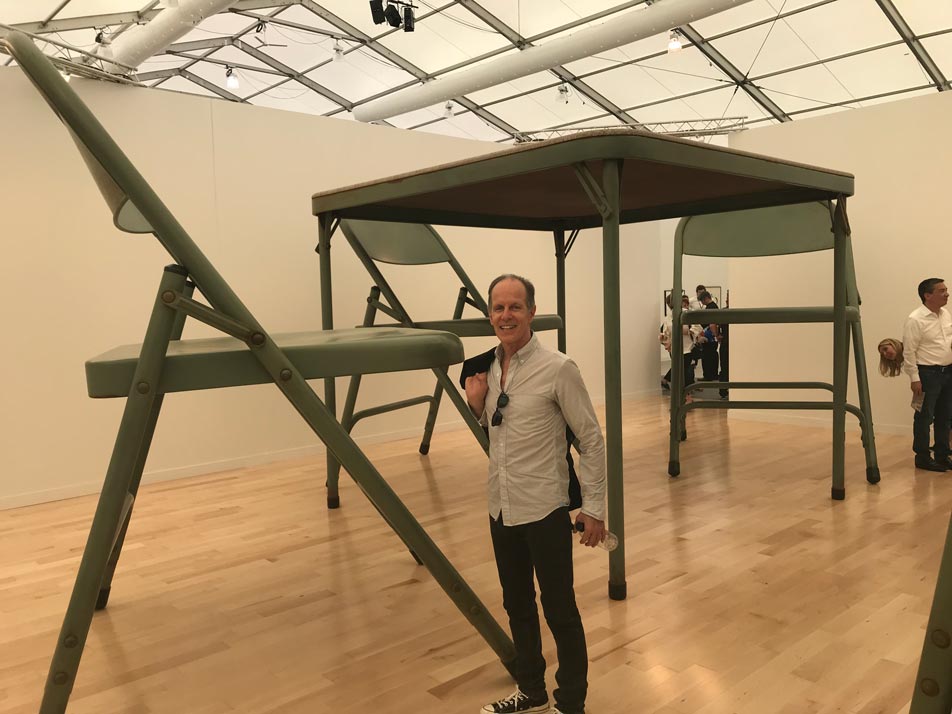 6.The last thing we’d want to do is live in seclusion with a painting by Zhu Jinshi. Especially this one at Blum & Poe. Hands-down the worst painting at Frieze. Period. 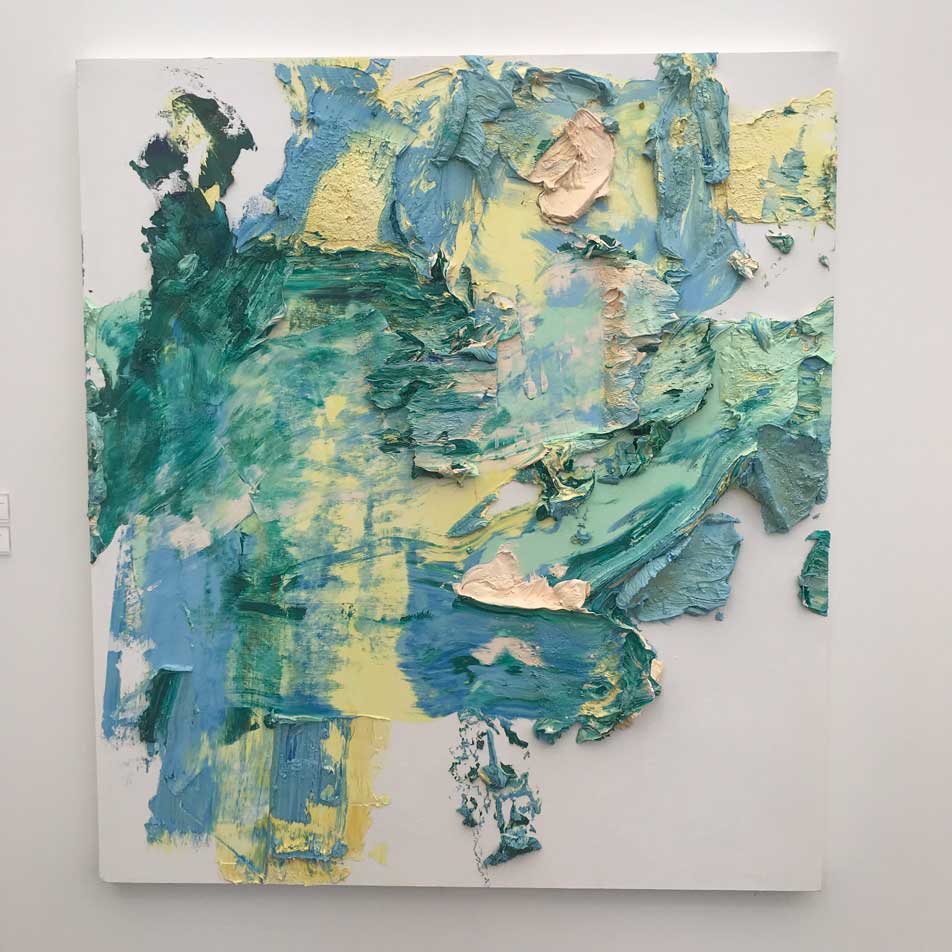