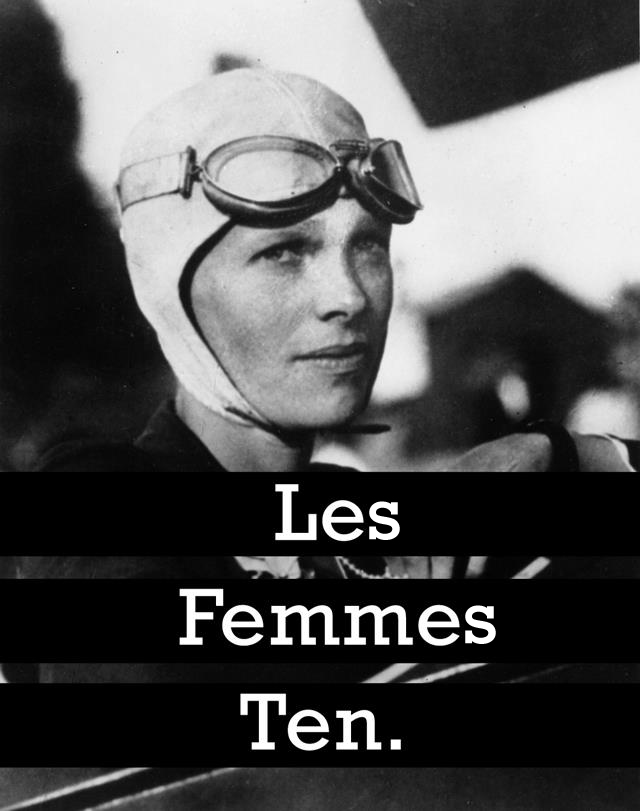 James Brown called it a man’s world, but there are plenty of awesome women who would beg to differ. Women have had a hard fought battle–especially on the political front–but as time wears on, more and more women are making strides, breaking shackles and exceeding expectations. Since March is Women’s History Month, we have decided to compile a list of 10 Awesome Women who have inspired other women to their reach their full potential. Each hailing from their own respective industries, there are a few recognizable names and even few a surprises. Note: These pick are not in order, each women on this list is phenomenally awesome in their own right.

When she’s not breaking the White House’s color barrier, she’s ensuring that America has a fit future–and when she’s not doing that, she’s making strong fashion statements and raising two beautiful girls. Michelle Obama has added a new age intrigue to the First Lady position that hasn’t been witnessed since the likes of Jackie Onassis–making her more than the President’s wife.

One of the most prolific artists of our time, Marina Ambramovic could spend twelve hours spitting tobacco into a rusty tin bucket, and we would praise it for its simplicity and uncut vigor. Ambramovic’s ability to translate life’s most provocative notions through her work is uncanny.

Although she recently stepped down from her position as Secretary of State, it is merely a pit stop in an already illustrious political resume. Clinton looks to be laying low for a while, but expect her to embark on her next conquest in no time.

The Editor in Chief of American Vogue, Anna Wintour almost parlayed fashion sense into an ambassador gig. Wintour eventually fell out of the running for the job, but was recently named the artistic director of Conde Nast. Not everyone agrees with her tactics, but Wintour, who the The Guardian referred to as the “unofficial mayoress” New York City, is undeniably one of the most influential women to were breathe air. She reportedly even told Oprah to lose weight.

Speaking of Oprah, this list would mean nothing if we didn’t include her. Most of us just cite her for being filthy rich, but she’s also excessively ambitious. Oprah Winfrey overcame poverty to become one of America’s first black billionaires–an achievement that never gets old.

Irshad Manji isn’t exactly a household name, but it doesn’t make her mission any less significant. A self proclaimed Muslim refusenik and proud member of the lesbian community, Manji is leading a one-woman army that is hellbent on reforming Islam. In her quest to right Islam’s wrongs, Manji has revealed that the religion has been perverted by a number of outside influences. Her book, The Problem with Islam Today has encouraged the world to have an open, honest conversation about the current condition of Islam.

A respected author and political maven, Melissa Harris-Perry continues to be a shining example for young politically minded women everywhere. Currently a professor at Tulane University, Harris-Perry also had a stint at Princeton and the University of Chicago. Not one to shy away from debate, Harris Perry was given her own self titled show on MSNBC in 2012. Icing on the cake: her mentor is Maya Angelou.

Embracing the entrepreneurial spirit of modern America, Christiane Lemieux graduated from Parsons in 1997, established DwellStudio in 2007 and hasn’t looked back since. Lemieux has successfully transformed her love for art and design into a highly successful business practice thus making her an inspiration to artists and designers who.

Can she kick it? Yes, she can. Two time Olympic gold medalist and FIFA 2012 Player of the Year, US soccer player, Abby Wambach is the epitome of kickass. Okay, that’s one too many soccer puns for one paragraph, but Wambach is by far one the most awesome female athletes active today.

Kilo Kish may come off as a premature pick, but similar to Barack Obama winning the Nobel Peace Prize, this honor is mainly based off of potential. Adopting the roles of rapper, songwriter, visual artist, designer, actress, and model, this Florida transplant turned artsy Brooklynite is a walking renaissance. The 22 year-old Kish still has some ways to go in her career, but her star burns brighter with every effort.