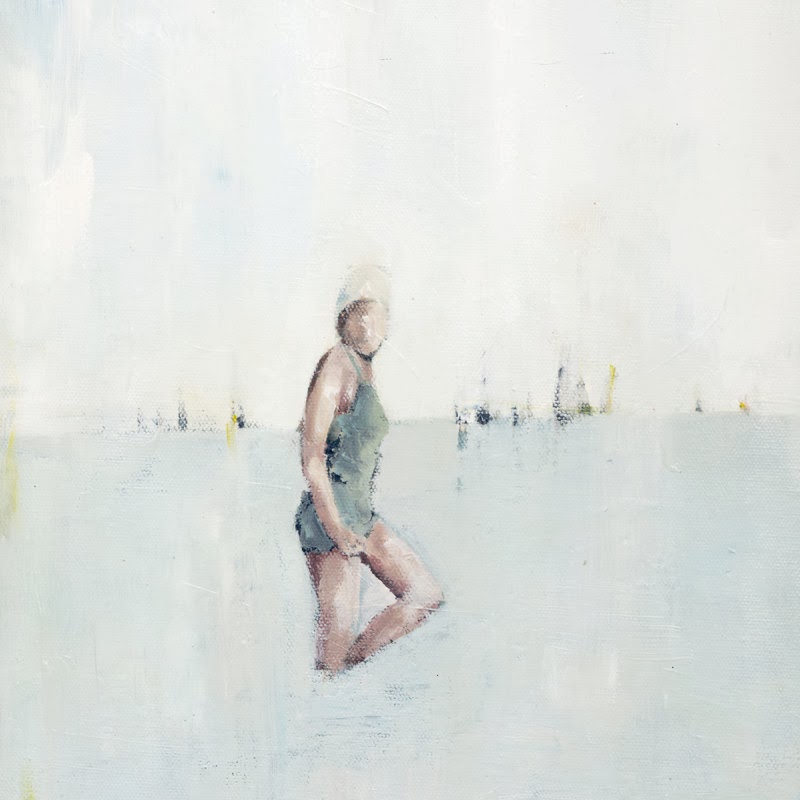 Days of summer, how they suddenly appear. In Lisa Golightly‘s collection of acrylic paintings from 2013 she captures the firstborn light of the summer sun and the joy it brings.

Golightly has a Bachelor of Fine Arts with a focus on photography. She works with globs of paint, but her time before the camera is never far from her work. She uses discarded photos as a starting point. The paintings in this series are like faded snapshots from the ether of summertime memories.

Most of the paintings appear to be on a nondescript beach. They are washed out, with colors exfoliated by the sun. Golightly presses deep into the canvas with thick brush strokes to create her figures. Each background is a pastel blur of air.

“End of Roll (Pink)” looks like the last frame in the film strip before the light consumes it whole. The figures are all faceless, disappearing in the fog of summer air, frolicking and lounging in the sand. 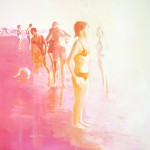 Beachdwellers move through a white ocean mist in “Wave Watch.” “The Chase” depicts a sharp-dressed man running from a girl in a red skirt. With all facial emotion removed, the images have a slight haunting and a suspension of time; a longing for a summer that doesn’t end. 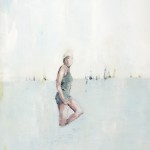 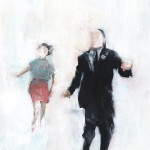 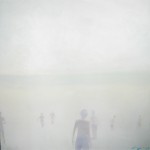 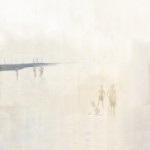