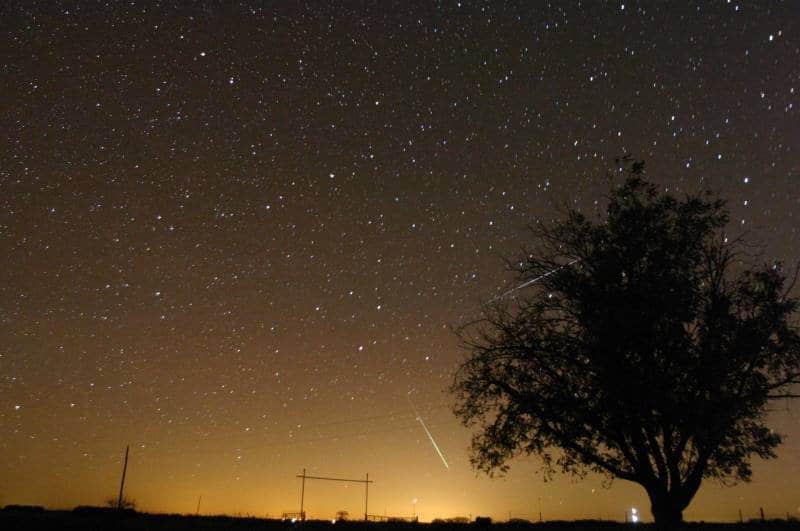 Every so often the people of Earth have the opportunity to be cosmically reminded of our place in the universe, which is to say, we get to witness a cosmic event. Today, December 14th, is the last good night of the Geminid Meteor shower. According to NASA (yes, they still exist), the 13th will be the peak night, but there is still viewing to be had through the 16th. I know what you’re thinking–oh my gods, what a fucking nerd–and you’re right. You got me. Here I am, just pointing a finger at life, the universe and everything.

But don’t let my dorkiness stop you from looking up tonight. Don’t let the nerd in me stop you from wishing on so many shooting stars, that your wish might actually come true this time. Don’t go to sleep tonight. Stay up, go outside into the cold, find a poorly lit area to look up and watch the sky burn, burn, burn.

You can also watch it stream LIVE → here. ←

Matia Guardabascio (n.) editor at large; a silly, dirty old poet known for her enthusiasm, her exuberance and her contradictory opinions of mankind.