Brooklyn based artists Eva Mueller and Jana Astanov have partnered to form The Femocrats and will present About Face at Satellite Art Show in Miami, December 2018.

The Femocrats, About Face is a three-part, truck-gallery installation which includes a dynamic portrait series on which the two artists collaborated as well as an individual project from each.

The portraits, shot by Mueller, were inspired by a series of interviews, conducted by Astanov for 3AM Magazine in the UK, and are representative of an inclusively broad spectrum of voice.  Printed on lenticular sheets, first one sees the woman, then they “see” her voice.

Dress to Protest, Astanov’s “performative wearable protest ” is constructed of photos documenting women’s marches in the US, the UK and Poland and serves as the artist’s response to an experientially derived, strong point of view.

Mueller’s video sculpture, Black Face, is an engaging ten-minute long “staring-into-the-eyes-of-the- abyss” video loop which invites the viewer to consider the importance-unimportance of race and gender. 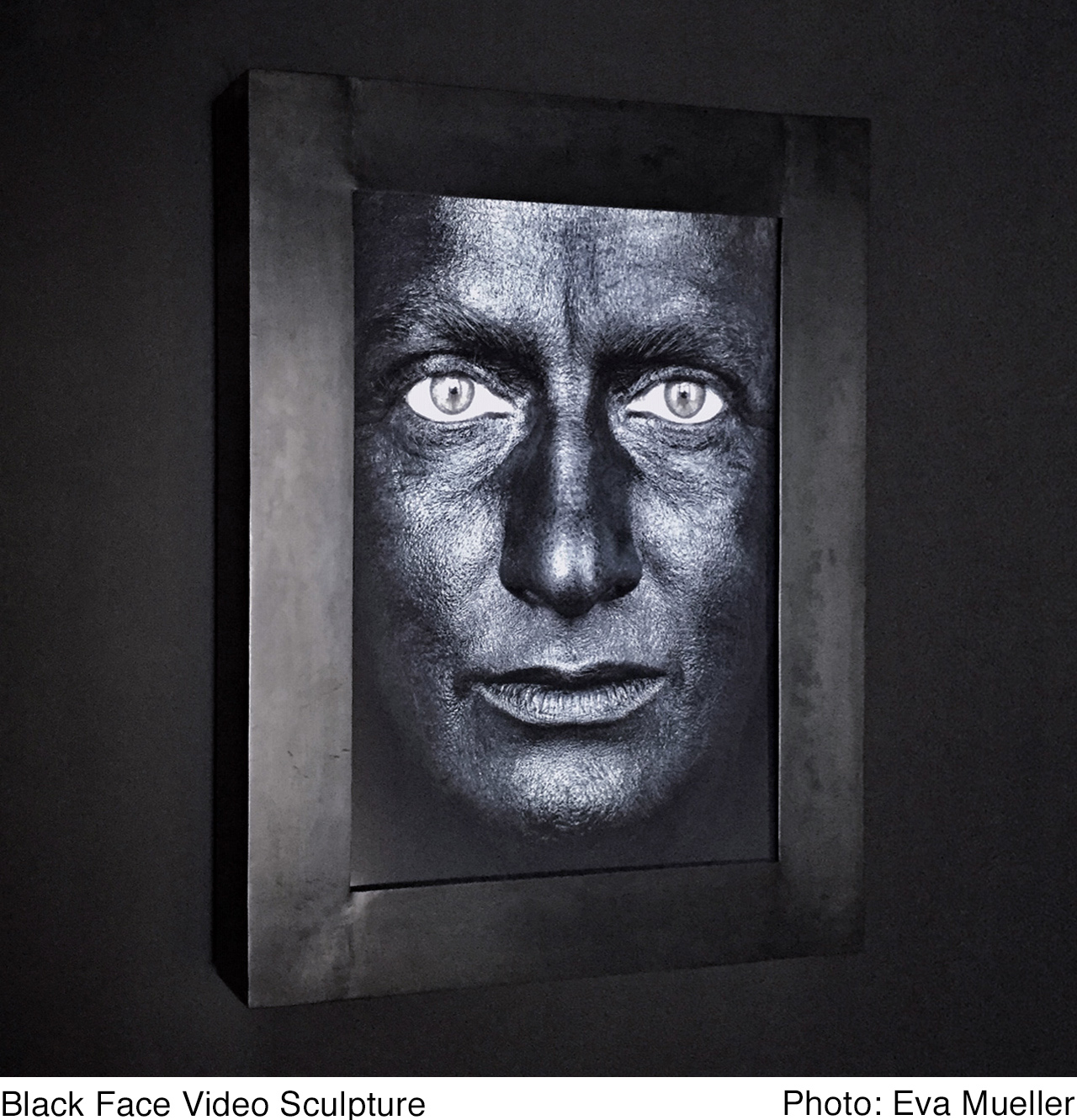 About the artist: Photographer and conceptual artist Eva Mueller and interdisciplinary performance artist Jana Astanov, both based in Brooklyn, have formed a collective called The Femocrats. Their first exhibition, About Face, will launch in Miami, December 2018, and is a three-part, truck-gallery installation which includes a collaborative portrait series as well as an individual project from each artist.