On June 18 2018, rising music star XXXTentacion, born Jahseh Dwayne Onfroy, was gunned down while leaving a motorcycle dealership in Deerfield Beach, Florida. Two men approached X shortly before 4 p.m. After a very brief exchange one of the two men opened fire on his black BMW and then fled in what appeared to be an attempted robbery. The 20 year old rapper was taken to a local hospital where he was pronounced dead at 5:40 p.m. Word spread quickly and once X’s official time of death was announced somber but hopeful fan base unleashed a wave of grief.

I wasn’t a diehard fan XXXTentacion’s music. I didn’t go to his concerts. I didn’t follow every tweet or Instagram post. I surely didn’t defend him when others vehemently condemned him for the abhorrent domestic abuse charges brought against him—charges that made him infamous. Nonetheless, I enjoyed his music and took notice of his talent and his content. X was different from his new school counterparts. Polarizing and controversial, X stirred the existential pot and cooked up a brilliant feast of youthful angst, lust, depression, diaspora, fury, revolution and revenge. X’s fanbase, a hormonal hoard of adolescents hungry for comfort and clarity, found themes in his songs that allowed them to cope with the emotional roller coaster that is teendom and contend with an outside world that is in sociopolitical shambles. He made music worth listening to. Audio therapy for the masses. Plus, above all, the kid could actually rap. 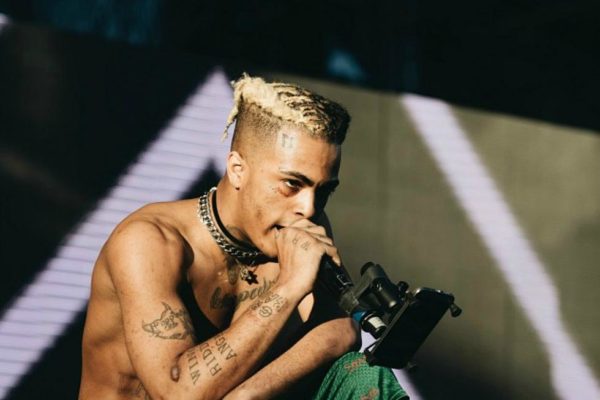 X had an aura―charisma akin to that of a cult leader. X was a unrealized Generation Z Tupac Shakur; a prolifically pained poet, a wounded warrior fighting the battle that raged outside and within. Much like Shakur, X’s folklore was only increased by his run-ins with the law. But it was a particular set of alarming charges that would threaten to bring his career to a screeching halt. In October of 2016, X was charged with false imprisonment, witness tampering, and aggravated battery of a pregnant victim. According to in-court testimony, he allegedly strangled his girlfriend on multiple occasions. He also allegedly threatened to kill her and the unborn child while continuing to abuse her with punches, head-butts and elbows which left the woman’s face looking “distorted.” And to top it all off, instead of taking her to a hospital, she was forcibly stashed away in an undisclosed location for two days before being given the proper medical treatment she deserved. Reports of these heinous incidents catapulted X further into the spotlight but in an entirely negative way.

Opinions on X became split for the most part. You either thought he was an innocent icon who was being framed or a malicious monster who deserved to be thrown under the jail. 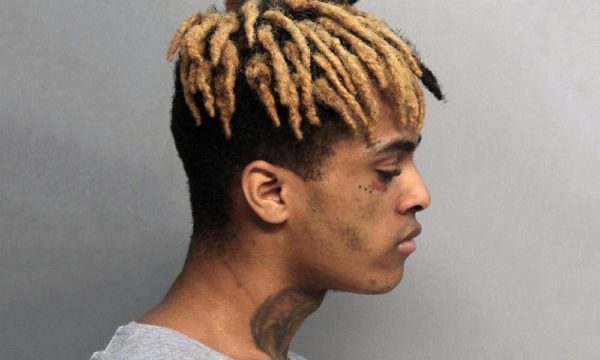 This split perspective on X is exactly what prompted this open letter. To be absolutely clear, it is not meant to excuse or pardon XXXTentacion for his alleged crimes. What I want to do is put these actions into proper perspective by reminding us of his age, examining his mental health and considering the relevance of nature vs. nurture. I want us to observe X as a flawed human being who needed to be held responsible for actions but also needed help and reform.

X was barely a year removed from being a teenager. Albeit X’s actions went above and beyond those of normal teenage antics, we have to remember that we all made our own relative mistakes when we were that age. Although he should certainly be held responsible what he did, it is helpful that we examine the root of these actions. X grew up with absent parents in a violent culture and violence eventually became his way of life. When he was 6 years old he attempted to stab a man who was attacking his mother. Throughout his teens he was involved in multiple physical altercations. He also did a stint in juvenile detention where he also got into a physical altercation with another inmate. A violent environment begat violent tendencies. Without proper nurture he developed a brutal nature that manifested itself in some very disturbing ways. While in the process of being held accountable for his actions he was also openly grappling with his mental illnesses. X didn’t hide his battle nor did he glorify the scars he endured. Depressed and bipolar, X used his music to heal and counsel not just himself but his fans who were wrestling the same afflictions.

To some he was a man who was culpable, but in the grand scheme of life, he was a troubled youth lashing out, feeling his way around in the dark; occasionally finding the switch and illuminating the room… only to self destruct and sabotage his own progress. X wasn’t clinically insane but he wasn’t well. But violent altercations―especially the domestic violence charges―didn’t help detractors to empathize or sympathize with this problem child. Instead, the disdain for X festered into a venomously righteous hate that would cause people to completely disregard that fact that this was essentially a kid who had time to right his wrongs and reform his behavior. There is more to X than him just being fucked up. There is a history, a cycle that is bigger than X himself. XXXTentacion isn’t the only mentally ill soul trapped in a maze of neglect. Nearly 50% of Americans live day-to-day with untreated mental illness. X should be held accountable but society should also be held accountable for the lack of care it provides for those suffering from mental illness.

With X’s untimely demise, some are indirectly―and even directly―implying that the young man got what he deserved. There are those who refused to offer any condolences to him or his family because they cannot sympathize with someone would commit such violence acts against a woman, a pregnant woman no less. Domestic violence is a traumatic issue that hits close to home for many, particularly women. Yet I can’t justify wishing death upon a young man who had the potential to repent. On Facebook, I saw someone state, “I hope he’s dead.” The extreme comment doesn’t represent the whole but it isn’t very far from the overall sentiment of those who are repulsed by what X has done. There are those who continue to troll and condemn X, even in death, and it is repugnant. How can you condemn someone for a violent act then turn around and condone a violent act committed against them? So, because of the alleged acts of domestic violence, X deserves to be shot in cold blood? An eye for an eye. That is kind of Old Testament rhetoric that eventually leaves everyone blind under the rule of a one eyed king. We have to look at the bigger picture. While fighting against the forces we are fighting against we have to be mindful to not become the very thing we are fighting against. Moral hypocrisy always lays ruin to good intentions.

Also, I find it odd that with the loss of Kate Spade and Anthony Bourdain we are more than ready to discuss the importance of mental health; but when it comes to outspoken people of color like Ye, X and even Azealia Banks, they are just using mental illness as an excuse to be assholes. The former deserves to be canonized but the latter, because of their provocative and polarizing nature, are reserved not one iota of sympathy and are given no quarter. Why? Because they lash out in an unsavory manner? Mental illness can manifest itself in many ways, running the gamut from docility to volatility. Nevertheless, we should treat the afflicted with solicitude no matter what end of the spectrum they are on. X is a tragic example of what happens when mental illness and mood disorders go unchecked.

Then again, this is just another form of racial prejudice. A psychological macroaggression. If you’re a person color, your hardships are excuses. But if you’re white, your hardships can easily become a get-out-of-jail-free card. It is a blatant double standard that doesn’t sit well with some of us. Mood disorders are already difficult to prove and people often dismiss them as choices―an assumption that is only amplified when the afflicted person is colored. Even within the colored community itself we tend to ignore and brush off those who are afflicted with mental illnesses and mood disorders. Being that the colored community prides itself on being strong enough to withstand the constant weathering and battering of our psyche, we have a hard time admitting when our mental fortitude in a dire state. In essence, to admit such a thing would be an admission of defeat. I once told my mother that I was depressed and her initial response was that I was being weak and that it was mostly in my head. She emphasized that I was “black and strong” and I had no time to be depressed because the war I’m fighting is non-stop, around the clock.

There is also another glaring double standard that no one is talking about when it comes to the domestic violence issue. In 2016, Amanda Heard came out with allegations against Johnny Depp in which she cited years of physical abuse (he once threw a cellphone at her face) and verbal abuse. Heard even had witnesses. Instead of focusing on Depp, the media turned its attention to Heard and began victim blaming. In the midst of these allegations peers even came to Depp’s defense. J.K. Rowling and Warner Bros’ issued statements supporting Depp’s casting in the Fantastic Beasts sequel despite the allegations. It is a classic narrative where white men are given the benefit of a doubt while men of color are instantly demonized and made pariahs upon infraction. Depp committed these acts a grown man and we let bygones be bygones. X was a teenager when the domestic violence incident happened but yet he is consider to be Satan reincarnated, incapable of remorse or reform.

The real core issue here is a general lack of compassion. Jahseh Dwayne Onfroy was a contentious and dichotomous figure who committed certain acts but was also someone’s son. Hell, he was our son. As a society, we were ultimately responsible for X. It takes a village and when we deny that notion we end up with isolated individuals who are left alone to cope with their psychosis on their own. These individuals do not need isolation, they need to be embraced, guided and most of REHABILITATED. X life was cut short before he had the chance to amend his transgressions. 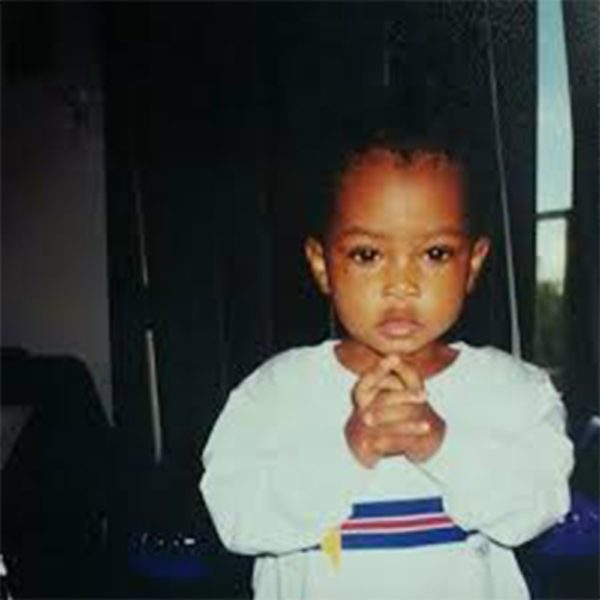