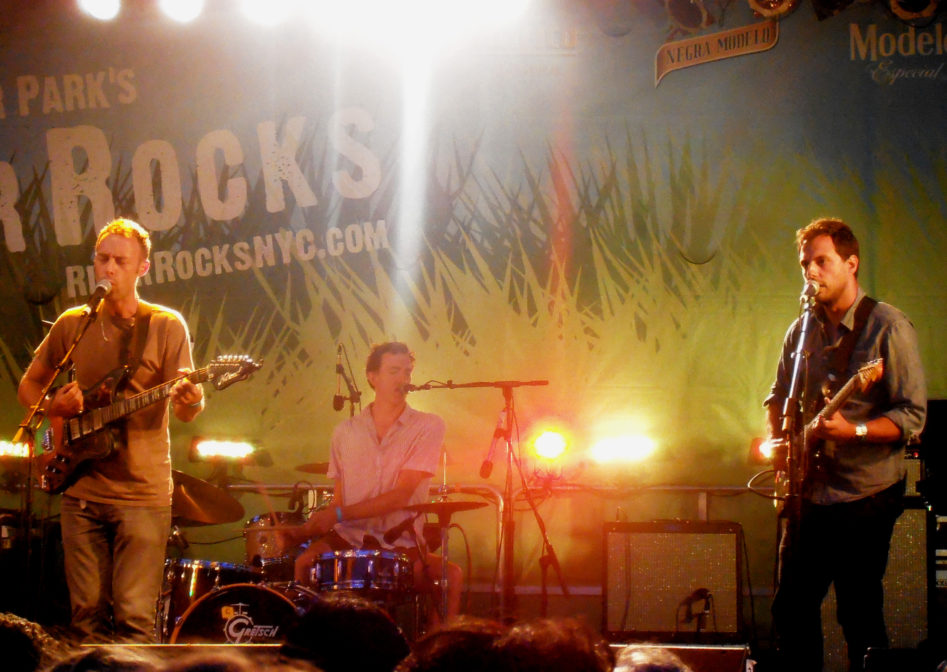 On Thursday, August 7, the UK band, Temples, released their day-tripping psychedelia over the calming night waters of the Hudson River at Pier 84 in Manhattan. Temples started in “a little town called Kettering, in England,” singer-guitarist James Bagshaw said, and were playing New York City for only their second time.

The young band have been traveling the globe in support of their honorable debut album, Sun Structures, released on Heavenly early this year. The album is a chunk of sun-draped melodic pop with garage rock urges. They blend Fleet Fox[es] harmonies with dirgy psychedelic rock and roll. 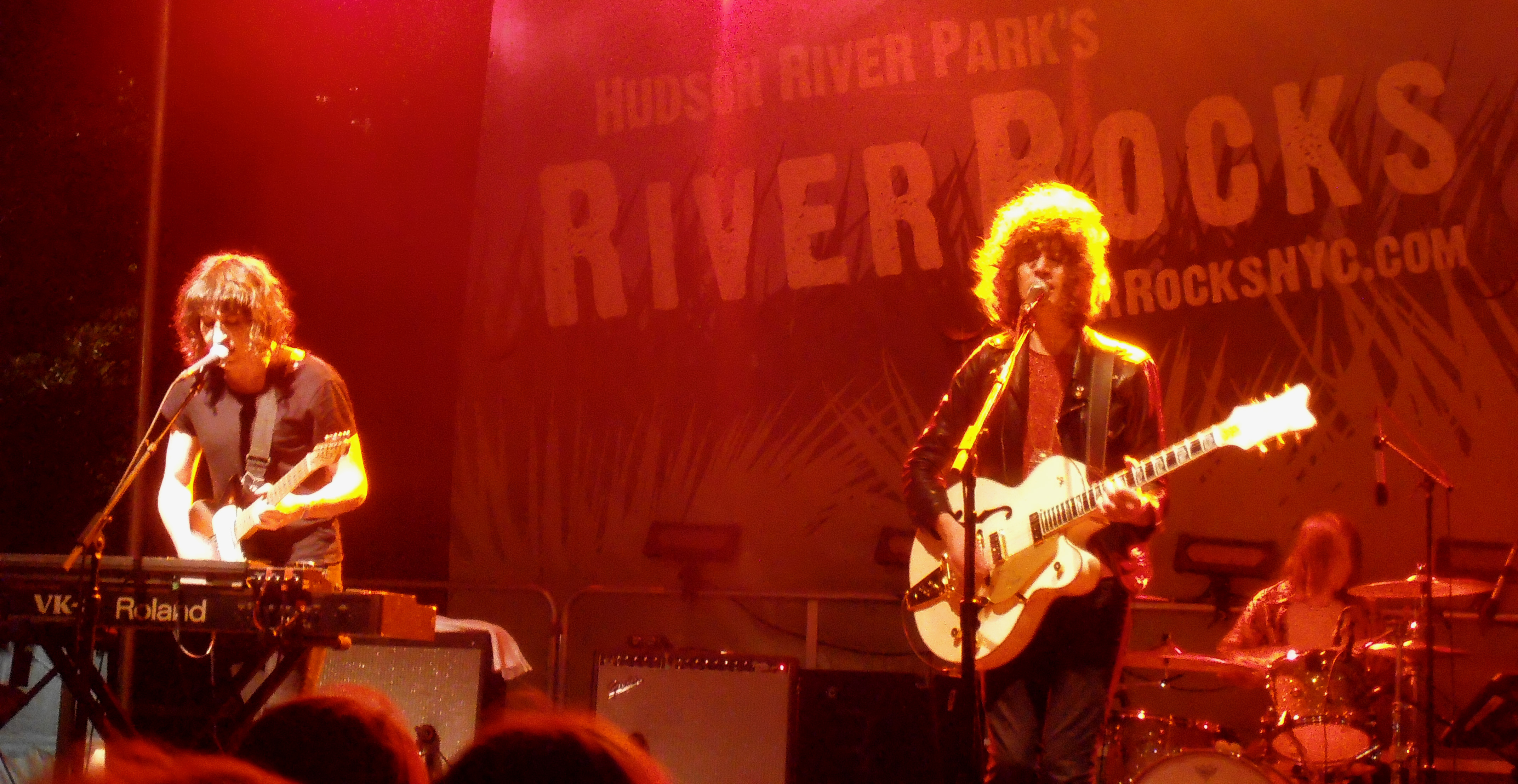 The music jumped off the stage with mid-song time shifts. The songs were lucid like what you might hear from Tame Impala, but heavy and forceful like the songs of Muse. They performed most of their debut, with a few non-album cuts thrown in.

The four members, bassist Thomas Walmsley, drummer Samuel Toms, keyboardist/guitarist Adam Smith, and Bagshaw, were all slathered with a glittery androgynous T-Rex vibe, but there was no glam to be heard in the music.

They moved with an electric force, clearly ready to infuse the world with their music. Bagshaw jaunted from side to side. The crisp red lighting turned each droplet of sweat into a sequined sparkle. His big bouffant plopped and de-plopped with his movements like a water balloon that hits the pavement but doesn’t explode. “This is the most hair I’ve eaten on stage,” he remarked between songs. 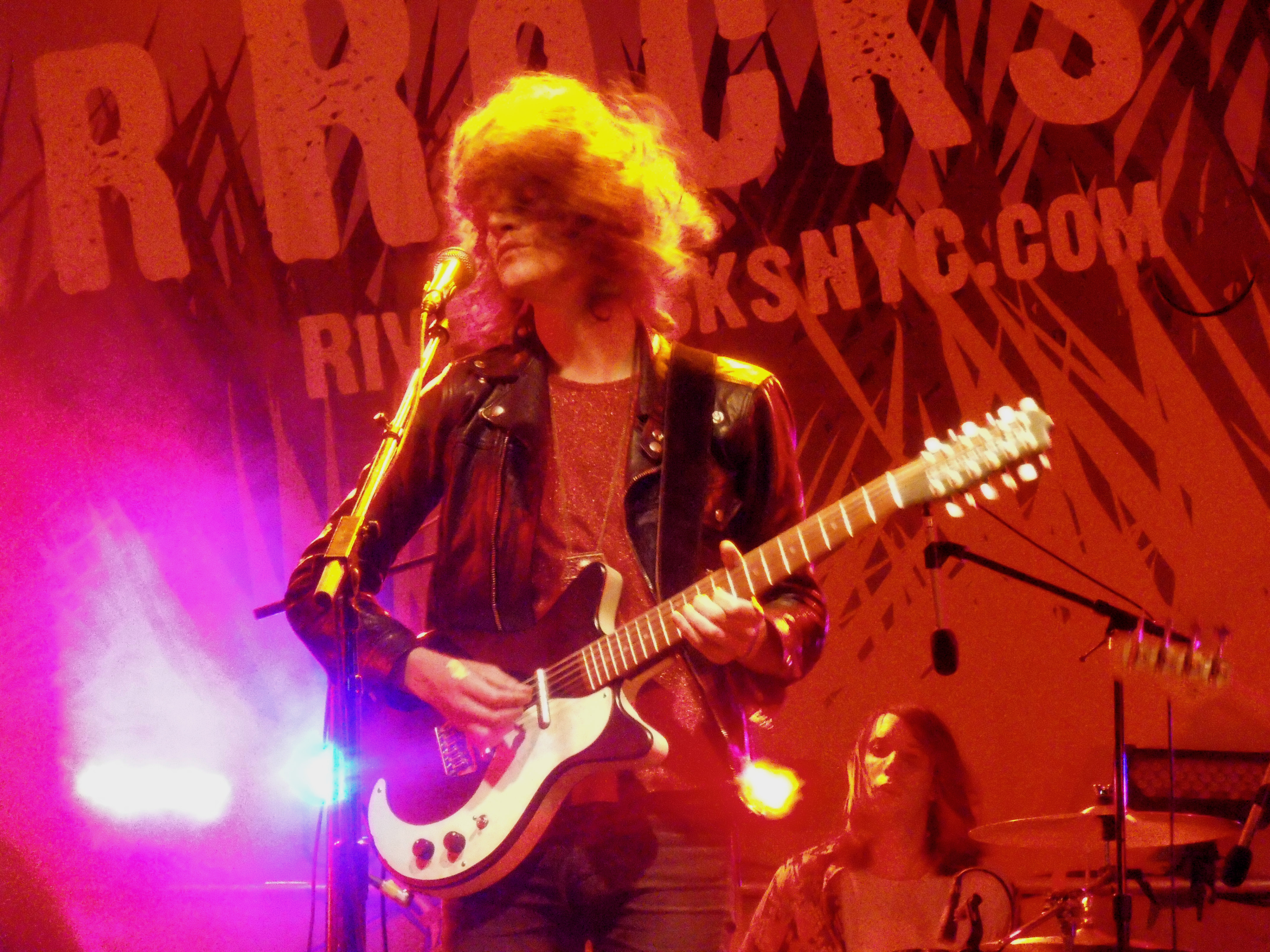 The concert was the third and final installment of Hudson River Park’s RiverRocks free series. In its 16th season, there was an unintended emphasis this year on European indie rock greats and newcomers. Wild Beasts, Teenage Fanclub, Honeyblood, Mutual Benefit, and others played the previous shows.

The openers on this night though, Spires and Here We Go Magic, were from the next borough over: Brooklyn. Spires have a few digital singles online, whereas Here We Go Magic have been releasing music since 2009. 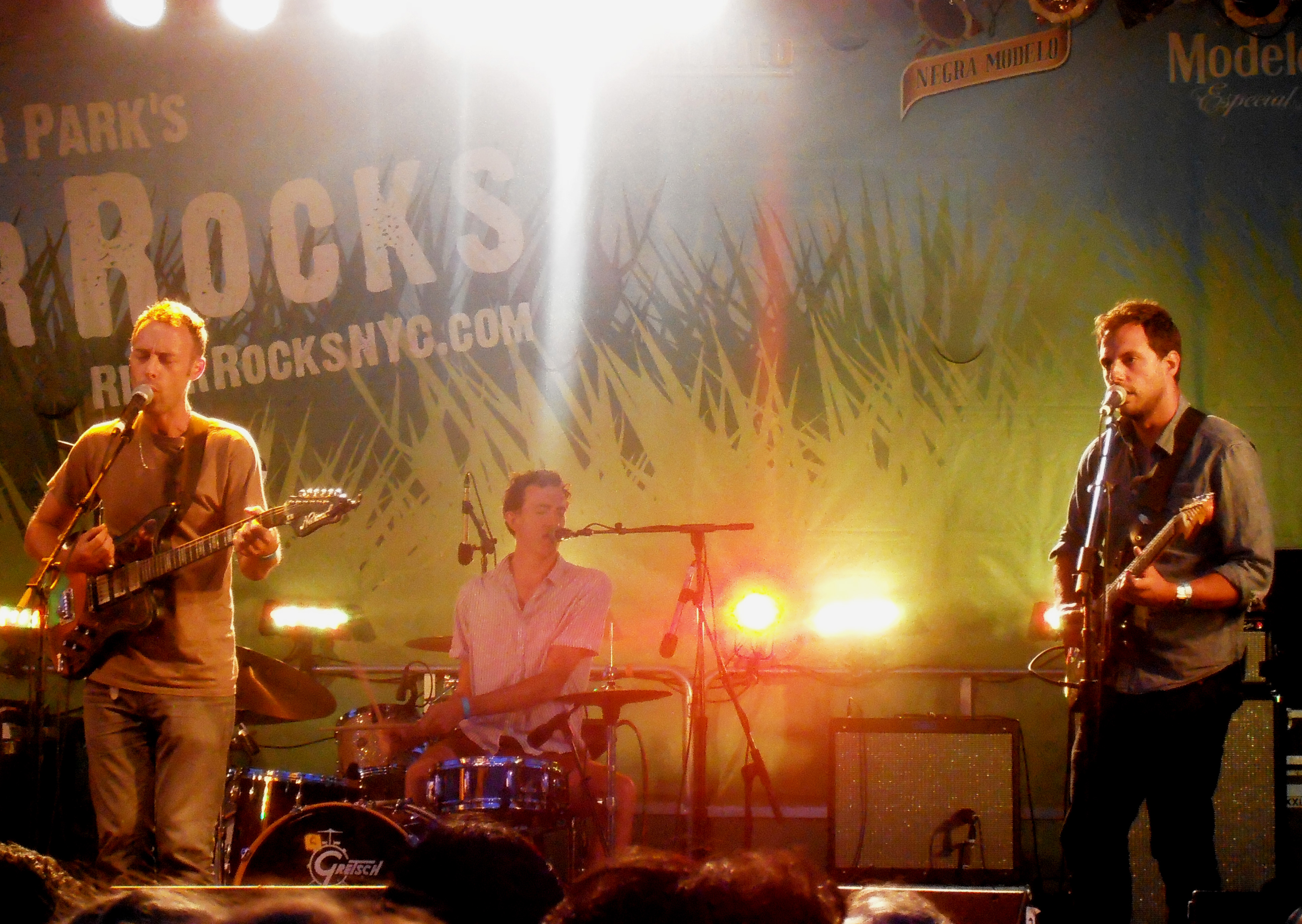 Here We Go Magic performed as a four piece, with some limited sound issues early on. They played their tiny indie rock songs, each one devolving into monotonous patterns of a few simple notes while singer Luke Temple weaved his wispy voice between them. The music was kindhearted and elementary, the salad before the main course.

When Temples took the stage, they were prepared to stun. As most UK bands are wont to do when they start to climb their way through the States, the band–and specifically lead singer Bagshaw–brought a cockiness as thick as his English accent. He tried with some success to get the crowd more amped and more enthused, calling out for hand-claps like an overcrowded Hyde Park stretched out in front of him. They tried, but were a little anemic, more spectator than participant.

In all fairness it is very possible the audience were unaware of their dangling and crossed limbs. As Temples rattled through an encore of their album’s standout songs, “Mesmerise” and “Shelter Song,” everyone was left stuck in a trance as the floodlights turned back on.