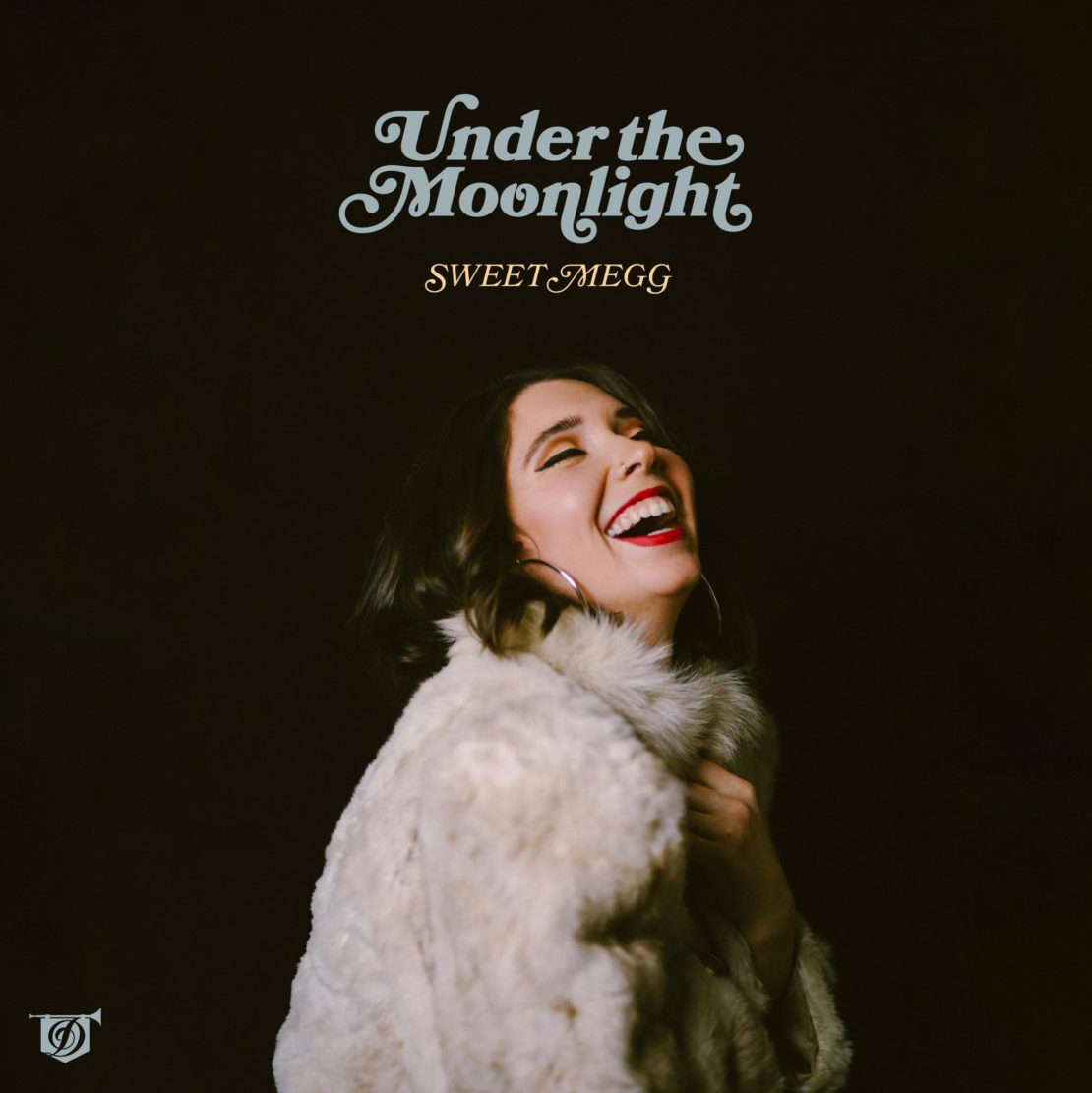 There is an air of nostalgia surrounding Sweet Meg’s Under the Moonlight. The album extends a hand and invites you for a stroll back in time through a warm soundscape rich with the sonic scents of love and wistfulness. Under the Moonlight is immersive. Steadfast but easy on the ears. It feels vintage without committing the sin of being outdated or, even worse, contrived. The songs gel collectively, however, each song manages to be a stand-alone homage that is capable of living on its own.

Akeem K. Duncan: Tell us about the process behind Under the Moonlight…

Sweet Megg: First I assigned everyone a song to arrange. I gave Chris Gelb “My Man”, Ryan Weisheit “Sweet and Slow”, Rob Adkins “My Melancholy Baby”, Thor “Why”, and Sam Chess did the two originals “When the Moon Covers up the Sun” and “Under the Moonlight”… I gave them a few weeks to work on it and then I organized two rehearsals. We used the first rehearsal to play through the arrangements and give everyone a chance to take some notes on what may need adjusting after hearing it in context with the band. Then with the rest of the first rehearsal, we hashed out all the other tunes on the record. The ones that will be played a bit more improvisational, “I Cried For you”, “Who Walks in When I Walk Out”, “Devils Gonna Get You”, “High on the Mountain”. Those ones we had arrangements from playing them live and we just sort of created road maps for them. In the second rehearsal, we solidified the arranged tunes and got them ready to record. Then we went to the studio with Billy and set it all up and recorded in two full-day sessions. I was in the control room with my guitar and vocal mic so that I could be a bit isolated and the guys were all in the live room playing. It was rather tight for them but they made it work. Then I spend a day mixing with Billy and then we left for Russia a few weeks later. When we returned I went into full speed on organizing the actual release of everyone.

Under the Moonlight was recorded live, so upon listening to the album, you can immediately detect an engaging sense of nowness. “I was offered an opportunity to put together a six-piece band and tour through Russia,” shares Megg, “Then I realized it had been years since I made a record and the sound has evolved so much. So we decided to record the set we were working on for the tour in two days live to tape at Hive Mind Recording in Bushwick.”

AKD: Under the Moonlight mostly consist of cover songs. Is there any element in particular that played into the curation of the songs?

SM: Absolutely. Billie Holiday is one of my musical heroes not only for the songs she recorded but also for her way of approaching music. She always said that she sang what she felt and that she never sang the same way twice. I always try to embody that in my music. I sing songs that do something to me, whether its that they directly relate to my life or just make me feel something real. If I here a song that moves me in any way I learn it and then if I sing it with the band and feel even more I keep it in the rep. Each song is a song that went through those first two stages and became one of the band’s favorites to play. That’s how I chose each number. So the curation feels as personal as the originals. And we also arranged each song so each version is our special way of playing it.

From the first track, the young singer wastes no time in setting the mood. Megg’s voice is syrupy and solemn but somehow light on its feet. She displays her versatility perfectly on “Melancholy Baby” as she effortlessly shifts gears, going from glum to jaunty at the drop of a hat. The lead single, “High on the Mountain,” mosies on into your eardrums and proves to be one of the project’s strongest songs despite being a cover of a popular tune by folk singer Ola Belle Reed. Megg admits that the song resonated with her at a time of reflection and hibernation, “I was down in Nashville doing a lot of contemplating and learning to slow down. The lyrics of this song really spoke to me in that way.” The bluegrass sound of “High on the Mountain” really sets the song apart from any other song on this album and it hints towards the diversity to come.

The titular track, “Under the Moonlight”, is one of the only original songs on the album and gives the audience a glimpse into what Megg can truly do when left to her own devices. Her voice plays the background while her songwriting takes center stage; and it presents a wonderful shift in focus.

AKD: Tell us about the inclusion of the two original songs on the album…

SM: Well I’m trying to perform more of my own original writing. I have a bunch of songs but these were the first two that seemed to really fit in well with the band.

“Who Walks In When I Walk Out” is one of the more testy songs on the album and comes from a place of jealousy and mistrust. Megg sings in the language of love on “My Man”, surprising listeners by singing the entire song in French. “The Devil is Gonna Get You” deepens the dark tone established by the previous two songs. If the album began in the afternoon, this stretch of songs feels as if the night has fallen and more morose moods begin to emerge.

“When the Moon Covers Up the Sun” is another original song on the album. Once again we are granted an opportunity to get familiar with Megg’s core sound. She then ends the album with “I Cried for You” and “Why” leaving the listener off on a delightfully somber note.

AKD: What are you hoping your audience will take away from Under the Moonlight?

SM: I hope they hear us that is the band’s personality. I don’t want it to sound like jazz robots. I want them to get an idea of our character. I love connecting with audiences live. I’m very much a live musician so I hope our record translates that well!

Under the Moonlight as a whole shows a substantial amount of range; but there is an underlying theme–a poignant cord of sentiment that tethers everything together. When asked about the tropes that bind Under the Moonlight into one cohesive project, Megg pensively answers, “reverie, memory… looking back at the past… mistakes in love… healing, longing… anger.” Under the Moonlight is more than a collection of well-selected covers. It is a reflective collage of human emotion worth lending an ear to.