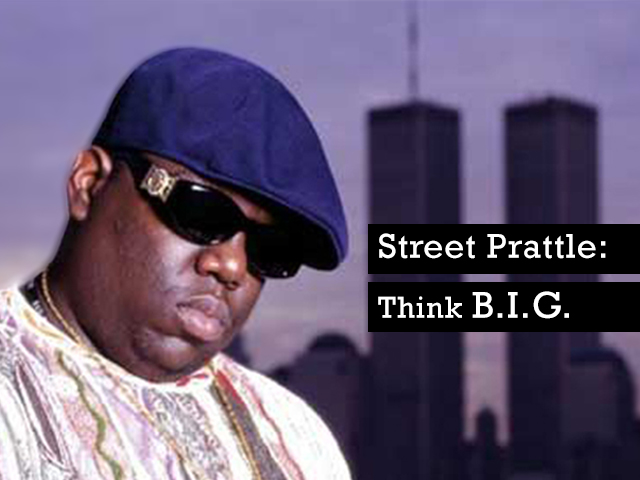 For those of you who are a tad forgetful, this past week saw what would have been The Notorious B.I.G.’s 41st birthday. The legendary MC was born Christopher George Latore Wallace in Clinton Hill near the Bedford-Stuyvesant section of Brooklyn on May 21st, 1972. He rose to prominence in the early to mid 90s before being murdered in Los Angeles on March 9th, 1997.

Despite his brief career, The Notorious B.I.G. was an influential artist on the brink of crossover super stardom before being cut down in his prime. Signature singles such as “Juicy”, “Big Poppa”, and “One More Chance” have remained party staples, but with it being 16 years after his death, one can only wonder how well his legacy is holding up.

Just a few days before his birthday, our celebrity Street Prattle correspondent, Jamieson Hill, hit the neighborhood where B.I.G. grew up to find out how many residents remembered the black Frank White.