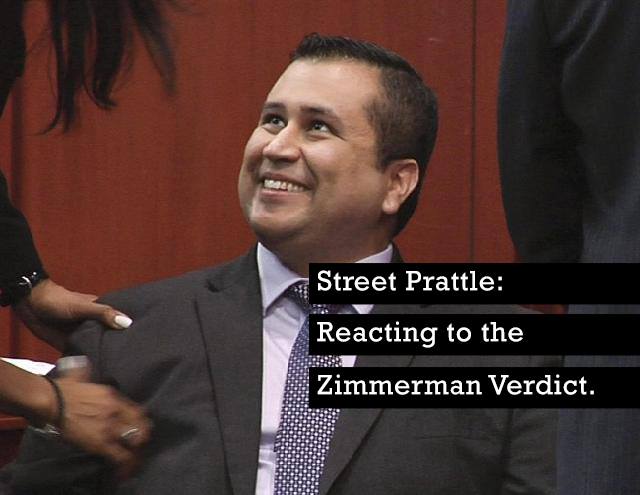 The public is still swirling after Saturday night’s “Not Guilty” verdict in the Trayvon Martin trial. A smiling George Zimmerman showed much relief as he was found not guilty of the murder of 17 year-old Trayvon Martin. One of the most high profile cases of our young century, the trial was viewed in many different lights. During the trial, there were those who supported Zimmerman and felt that he was merely protecting himself and his community, but those who opposed deemed Zimmerman’s actions as racially motivated and fatally unjust.

But now that the verdict is in and Zimmerman is momentarily in the clear, where do we find ourselves as a society? Street Prattle correspondent Jamieson Hill heads out the day after the verdict to ask New Yorkers what they think about the ruling. Was justice served? If not, what can we do ensure that it doesn’t happen again? Jamieson Hill finds out.