“These songs are emotional,” Timothy Showalter, leader of Strand Of Oaks, said during his band’s opening set on the night of Wednesday, July 23rd at Tammany Hall. The smirk cut through his long, matted beard. “We’re living in an emotional time.” 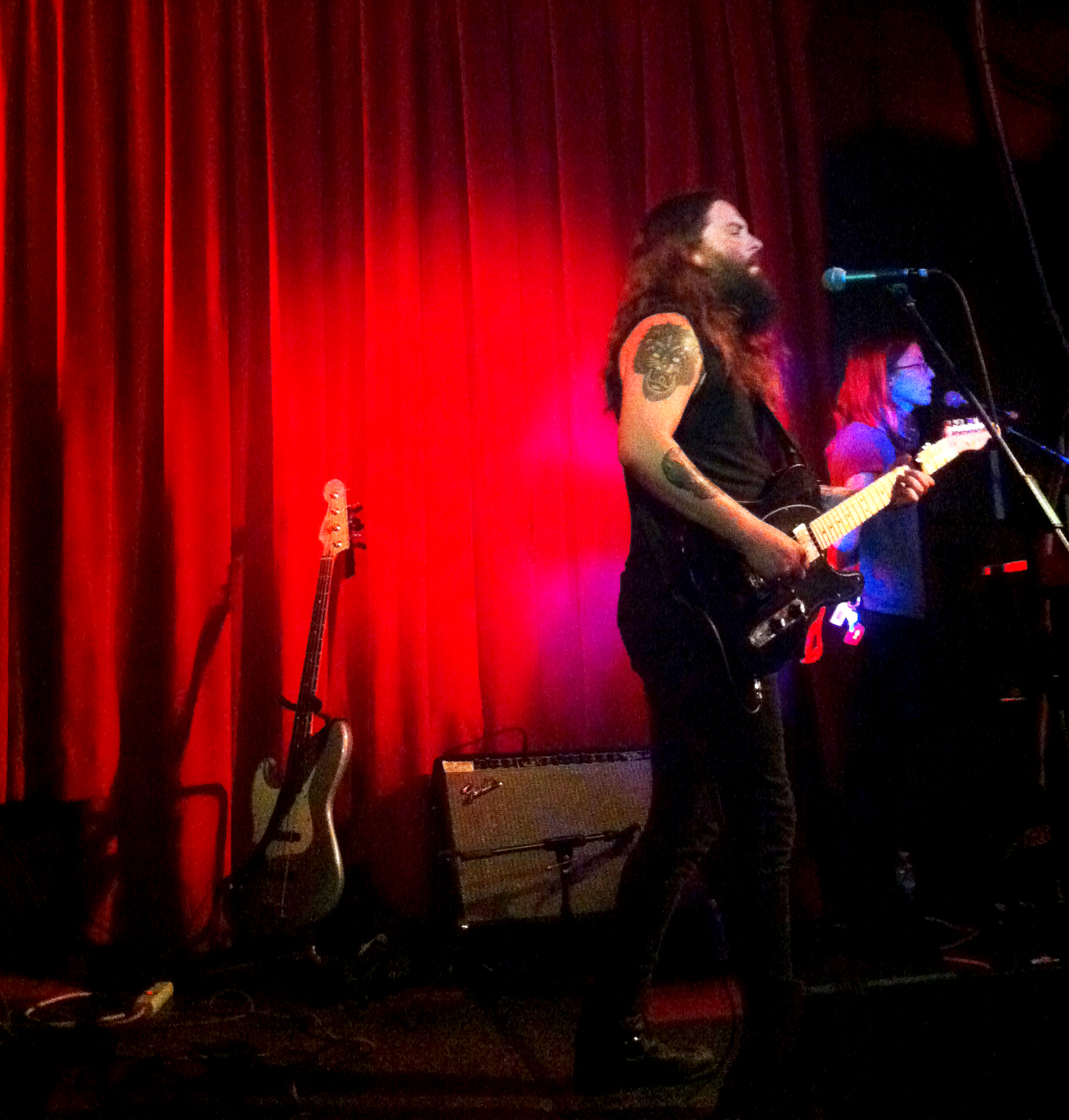 Emotional tunes, turns out, are a perfect soundtrack for a new line of backpacks. The event, which also featured a solo set by Phosphorescent, was sponsored by Urban Outfitters and JanSport. Two sexless mannequins modelling the newest gear greeted dwellers as they entered. Above the bar a colorful PowerPoint presentation of fashionable backpacks projected all night. Weird.

Regardless, the four members of Strand of Oaks ripped through most of the songs from their new album, HEAL. Showalter was celebrating a birthday, grinning between songs, making backpack jokes, and downing tallboys of Pabst. “We’re going to mellow out,” Showalter said before introducing a pair of quieter songs. “It’s like when you got your JanSport, you’re on top of the Pyrenees, maybe you’ve got some peyote…and this song’s on your MP3 player.”

During songs though, he had a stare that shot through anyone it crossed. It was calculated, direct, and gained power with his every lurking note. The music was a tough, rootsy, psychedelic rock. Sometimes it was soft and sauntered slowly. The songs are portals through Showalter’s upbringing. He’s caught looking back on “JM,” “Goshen ’97,” “HEAL” and “Shut In,” the night’s best songs.

Matthew Houck, who has released albums as Phosphorescent for over a decade, played a subdued set. He brought his songs back down to their crust using only an electric guitar with minimal effects and his sweetly hiccuping voice.

Houck played from his most recent (sixth) album, the excellent Muchacho, released last year. He also mixed in two Willie Nelson covers including “Reasons to Quit.” He kept close to the microphone, hidden beneath the shadow of his hat’s curved bill and moved with only slight bends.

The audience was speckled with diehards, clearly not there for the backpacks. They assisted Houck exuberantly on the chorus for one song, rising to a fever pitch in the tight Tammany Hall corridors. When a fan requested “Los Angeles” from 2010’s Here’s to Taking It Easy, he quickly obliged. It was a night of heavy, soul-baring songs, but what better cure for the aching heart than a slick new JanSport backpack to carry all your baggage?