Artist Steve Locke is known for his portraits of men in all different positions. The figures float in a sea of color with few defining details. His work captures new images of masculinity and personal identity in the modern world. 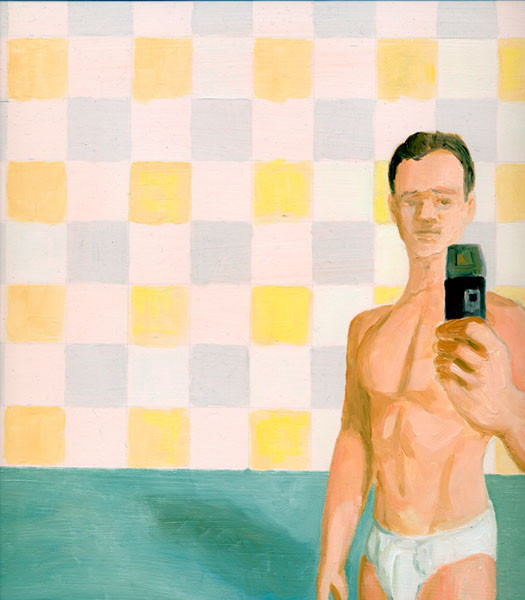 Amateaur shows a nearly naked man in a pair of tighty whities as he holds a camera phone facing out towards the viewer. His body is lean and toned, pale and hairless. The subtle shading on his chest and stomach suggest a thin layer of muscle with zero percent body fat. The colors of the pattern on the wall in the background suggest a bathroom with bright fluorescent lighting. The scene feels all too familiar: a man takes a “selfie” in the mirror. He looks at the screen on the phone to get a better idea of how he wants to photograph himself. It is fair to assume that the photo is not for him, but for other people to see. Social media websites such as Facebook or Instagram quickly come to mind. The photograph represents the way he wants to see himself, an ideal self in perfect form. 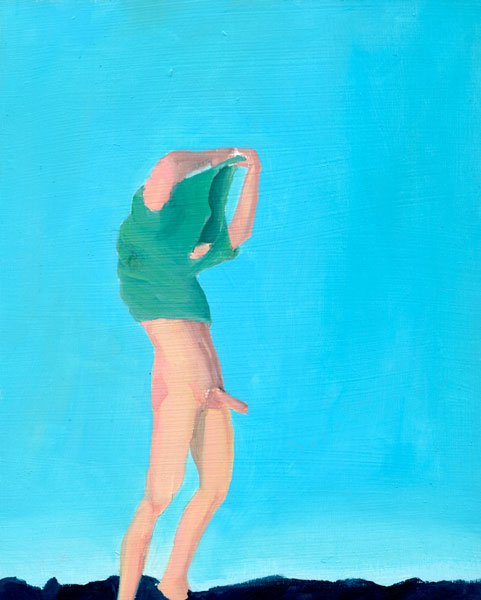 What is between you and me is a collection of small paintings clustered together. 15 male figures in all are painted in a loose style. Two muscular men remove the last of their clothing; other men watch. Another two men stick their tongues out at the rest of the group. One man looks cautious; one man gazes at another in lust. The work is arranged in a salon style that stacks the paintings vertically and horizontally creating a sense of community rather than a group of individuals. The range of emotion shows complexity, a multitude of male identities that want and feel different things.  The totality of the images suggests shifting, if not contradictory views of masculinity. Each man searches for what he lacks: affection, sex, confidence, companionship. 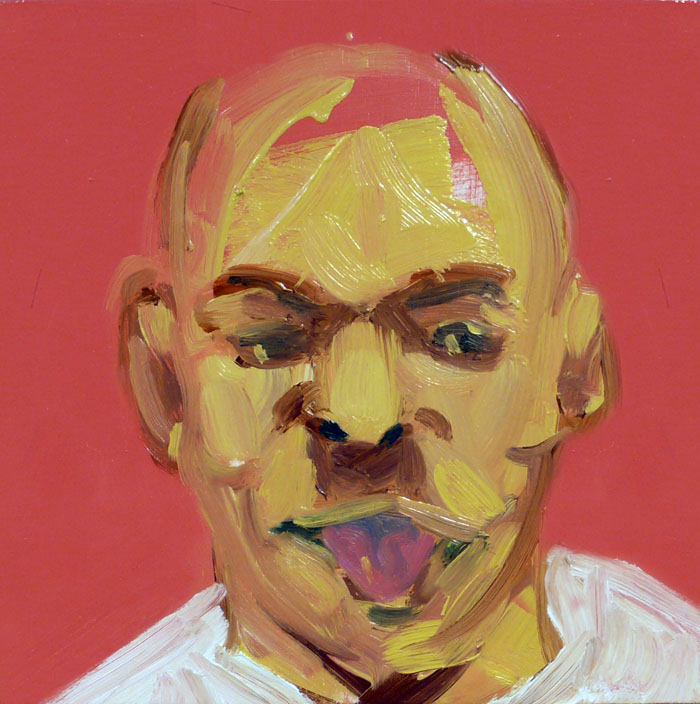 Steve Locke poses the question: what does manhood look like in the 21st century? The answers may be unlimited.

Steve Locke is sponsored by Samson Galleries. He lives and works in Boston, Massachusetts.