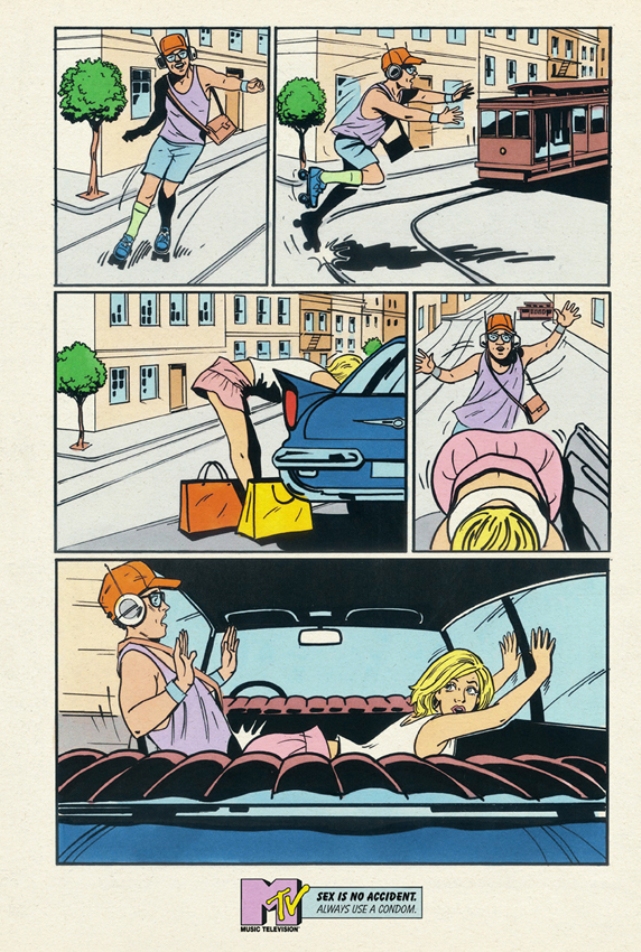 It’s been close to a year and some change, and we still can’t stop laughing at these illustrations by Grey Germany, Alphons Conzen and Gary Davidson. Done for a safe sex campaign by MTV, the illustration show unsuspecting characters getting into awkwardly carnal situations that seem to be beyond their control–it’s almost as if MTV is teliing you to constantly wear a condom at all times. The whole campaign, Sex is No Accident, received a ton of accolades and was even extended into a series video due to the great reception. 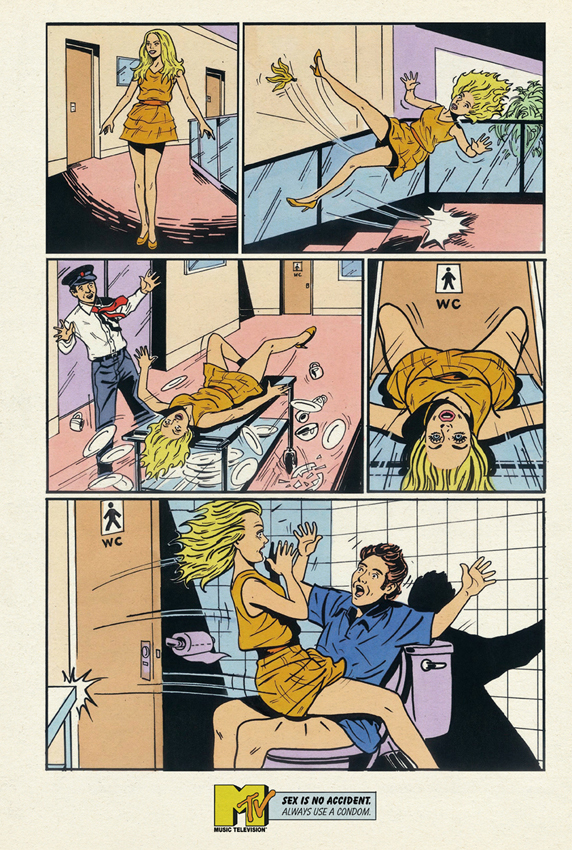 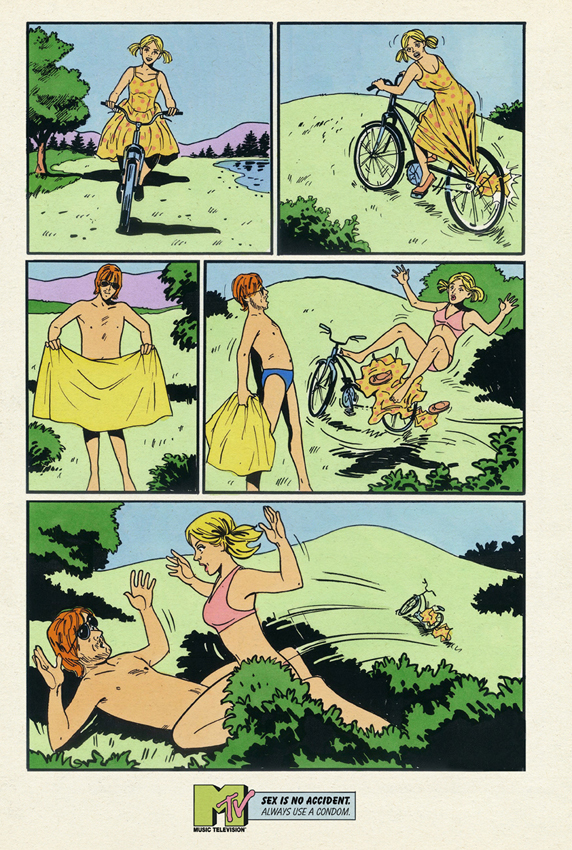