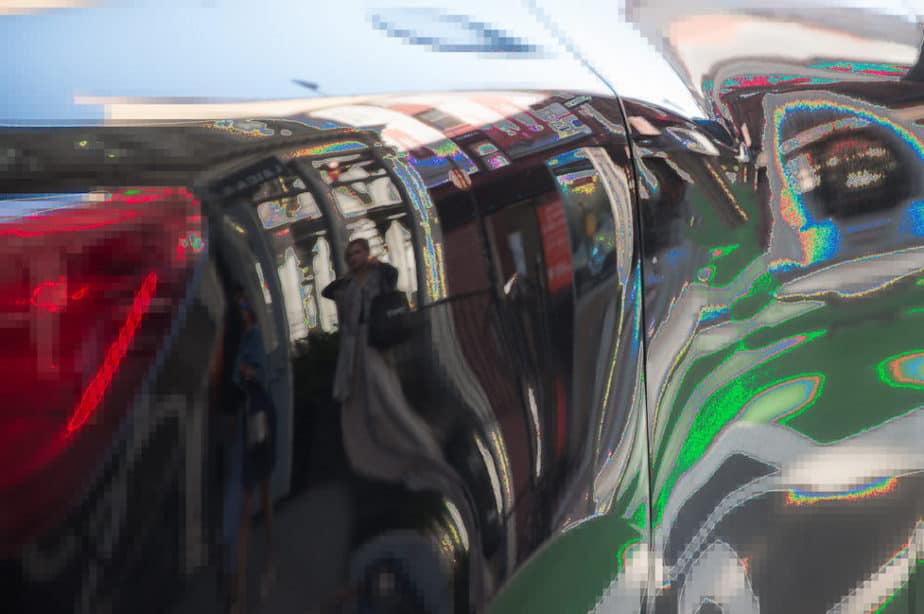 When we look out into the world, we do more than just look—we feel. Ukrainian born artist and architect Bogdan Seredyak is currently working on a new series titled Relative Refractions; and in this series, he examines not only our perception of reality but the melding of multiple realities into one semi-cohesive abstract vision. We caught up with Seredyak who issued an insightful artist statement about the pieces:

The series of images explores how perceptions of the world are collected and internalized. Meditating on the senses felt in the presence of a particular scenic view the work transcends impression from surrealist-influenced interest in the arbitrariness of meaning as well as an awareness of the City-as-Metropolis, a topos of modernity from the mid-19th-century to the present day.

The resulting photographs reveal moments of distortion and a dream-like digitally derived alterations of reality. Sights, objects and figures melt into one another through gesture and bending of an artificial fabric. Detail is lost and abstracted in some areas and preserved in others. Far from the standard world view the photographs do not capture the clear-cut  representation of the surroundings that can often be seen in the media. Instead, they locate and reveal a more complicated nuances of contemporary interactions. The reflections act as a literal and symbolic tool, allowing for the merging of  environments creating a form of anomalous realities rather than lyrical abstractions.

Seredyak also revealed that he plans to apply the pieces to sheet of metal which will give them an iridescent sheen. You can see more of Seredyak’s work on his website, in the meantime check out his latest series Relative Refractions. 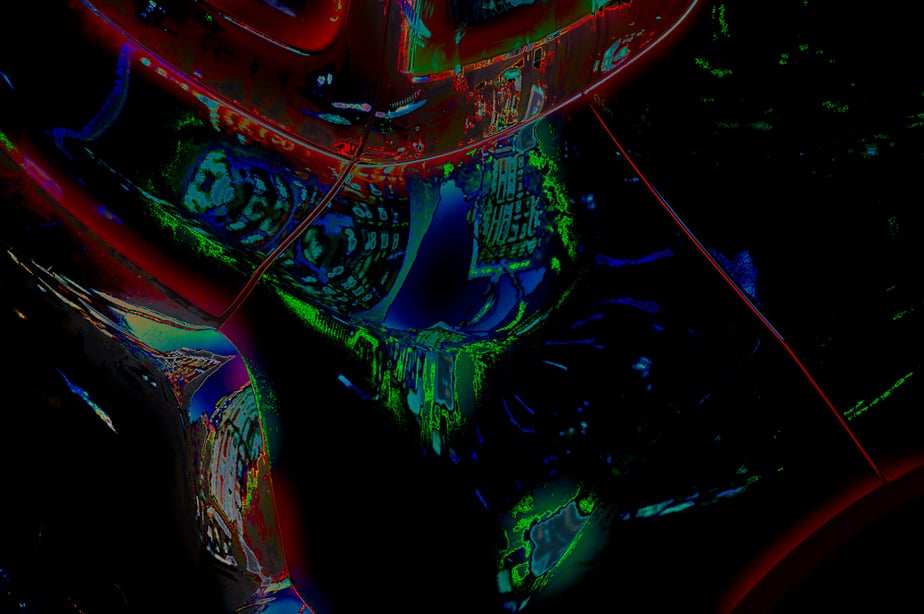 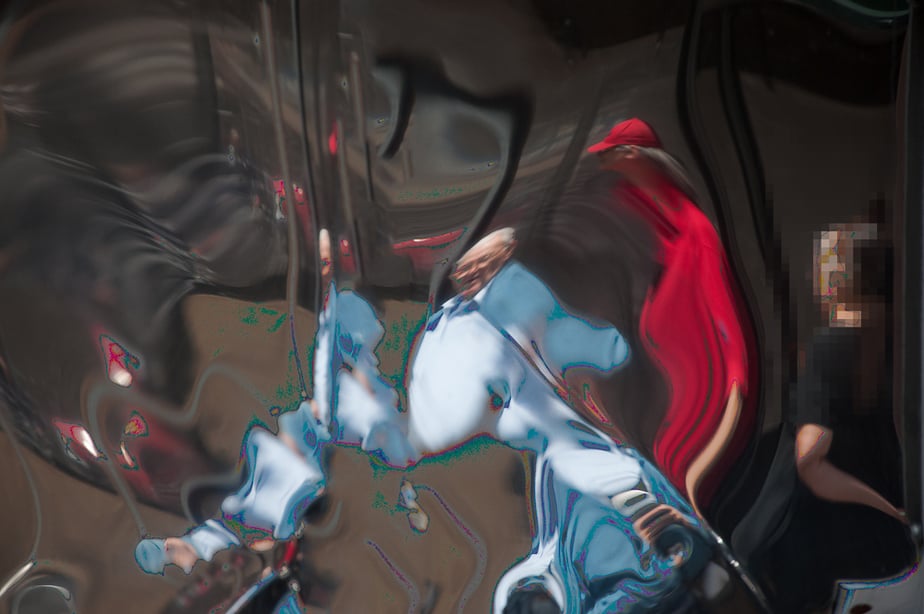 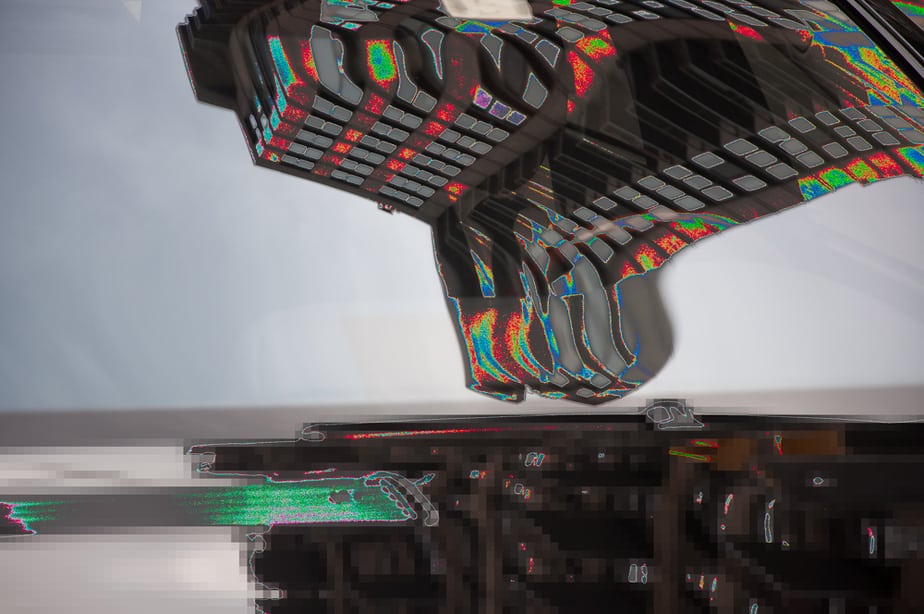 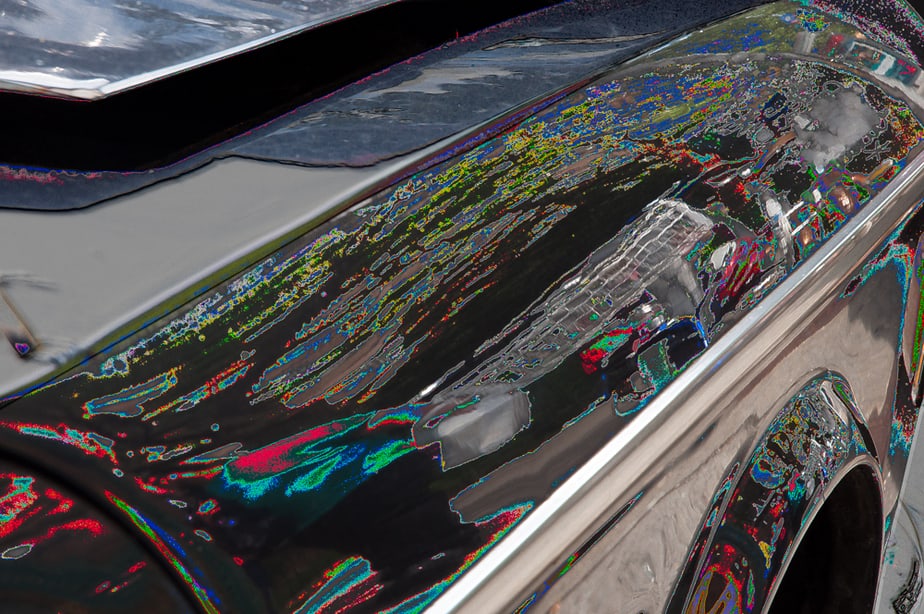 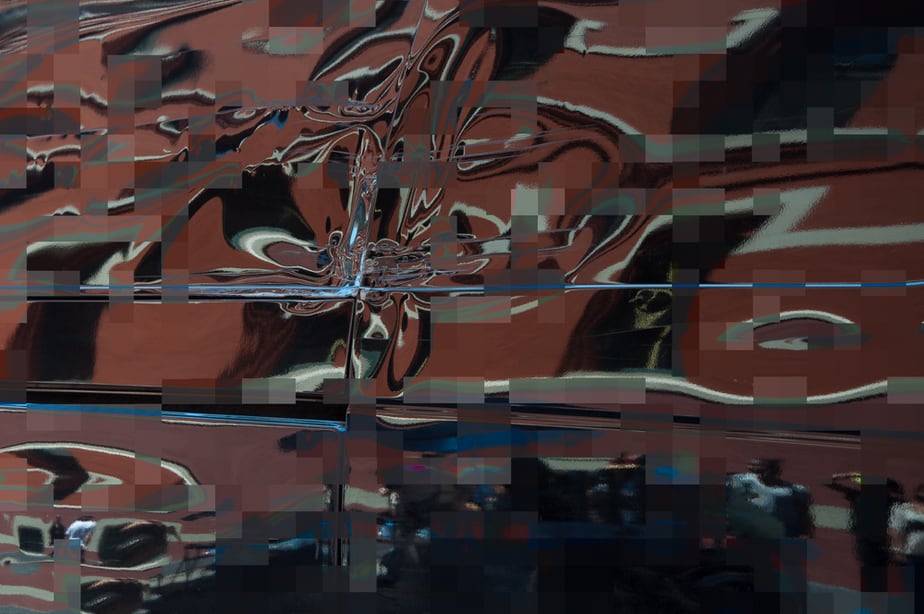 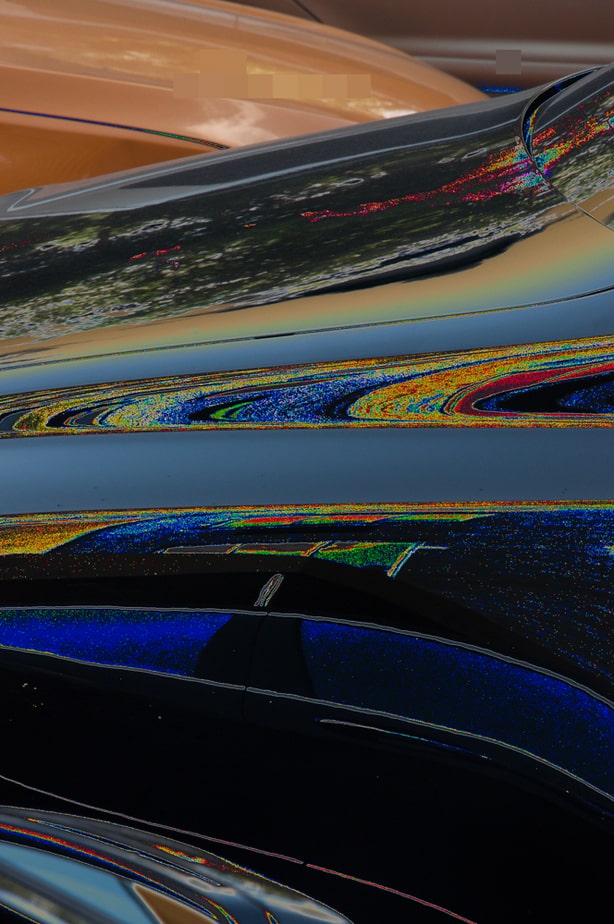 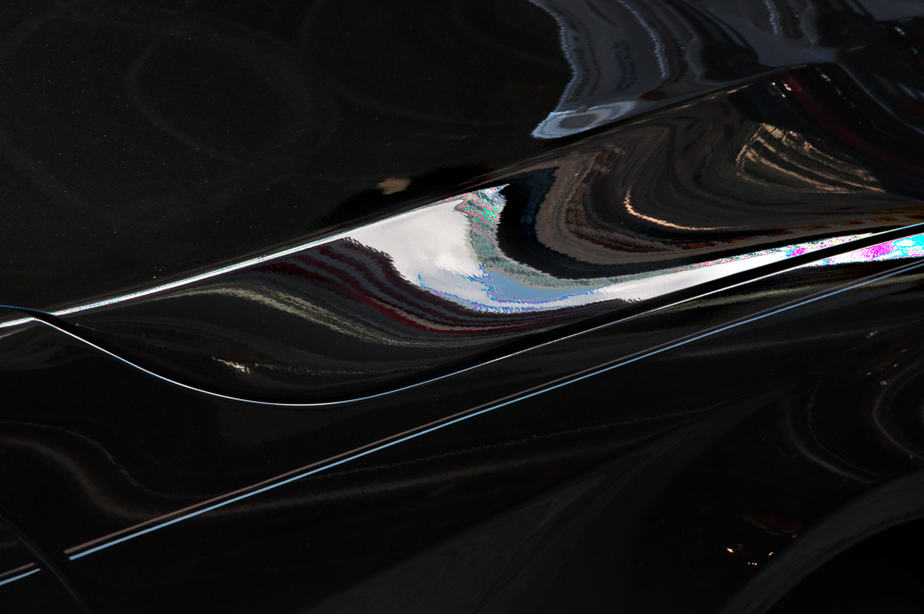