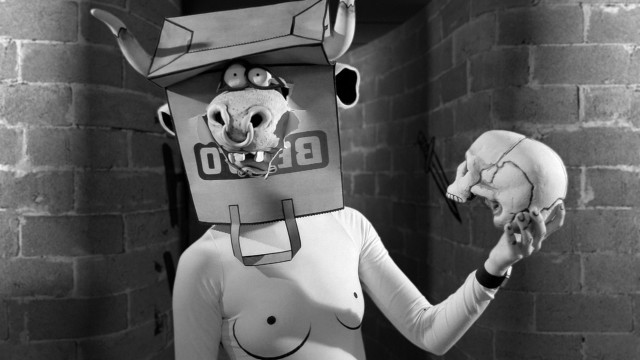 Mary Reid Kelley has made a unique place for herself in the world of independent cinema. Her black and white videos revolve around the lives of women throughout different times in history. She creates a world with elaborate masks and costumes that cover the eyes and replace them with cartoonish features. Caught somewhere between animation and live action, Kelley designs extravagant digital sets for her characters to inhabit. Mary Reid Kelley invites her audiences to laugh at the subject matter at hand with hilarious puns that use seemingly unrelated words to add new meaning to the dialogue. 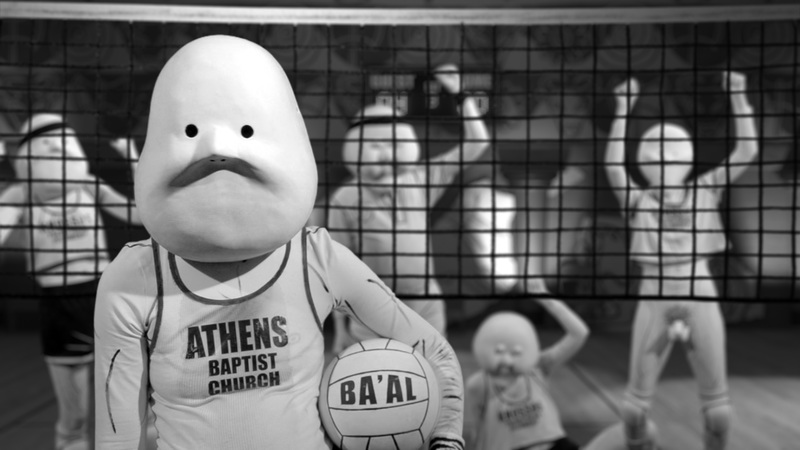 Her latest work Priapus Agonistes reinvents the classic Greek myth of the Minotaur. The story is told from the perspective of a female version of the infamous half-man, half-beast who seems to be lost in her own labyrinth, looking for the lavatory so she doesn’t have to shit in the hallways. The Minotaur tries to make sense of her position as a man-eating monster trapped underground in an endless maze. Filled with insecurity and self-doubt, she refers to herself as a “walking fraction.” She recounts the story of how she came to be. A flashback leads to the most memorable scene in the video where her mother Pasiphae, the queen of Crete, lies in the sun. Her beauty gets the attention of Venus, the God of love, who has the face of a bulldog. Venus decides to put a curse on fair Pasiphae by “turning her preference for dick into something more hairy.” Pasiphae becomes transfixed with a nearby bull, convinced that it is the perfect man. 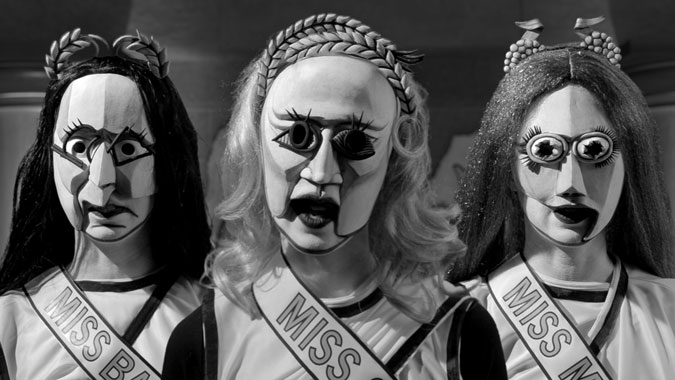 The Minotaur becomes a symbol for a soul desperate to escape her predetermined role in society. Kelley fills the character with empathy and grace as she struggles with issues of isolation and self-loathing. The story seeks alternative points of view to mainstream interpretations of history. Priapus Agonistes reminds the audience how relevant and comical Greek mythology can be in the modern age.

Priapus Agonistes (2013) is currently on view at the Institute of Contemporary Art in Boston, MA along with three other films by Mary Reid Kelley and her husband Patrick Kelley including The Syphilis of Sisyphus (2011), Sadie the Saddest Sadist (2009), and Camel Toe (2008). The exhibition runs until October 27th.