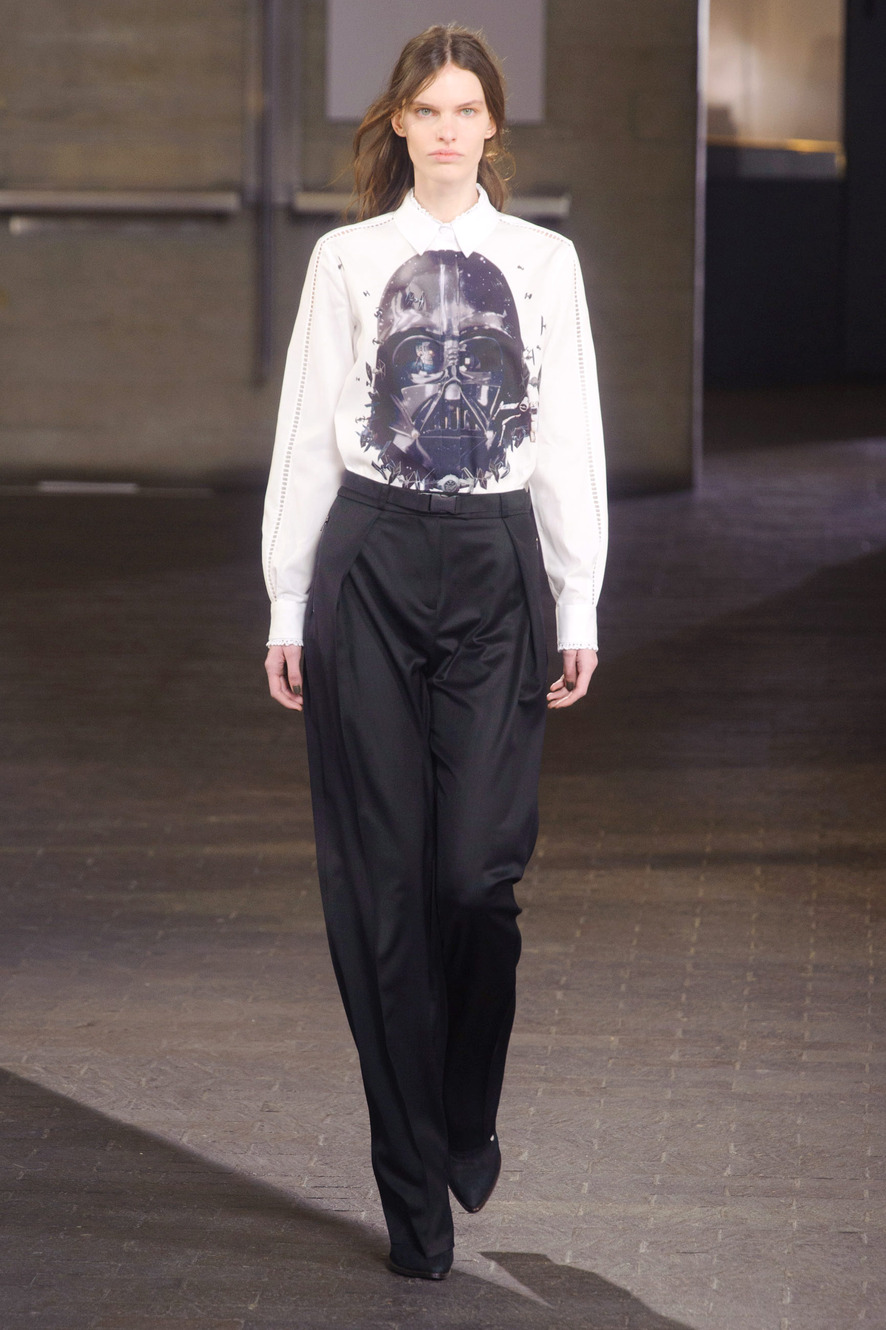 The word fashion and the name George Lucas has never been synonymous until sister designers Rodarte and British designers Preen plastered the image of Luke Skywalker and Darth Vader, respectively, on their clothing.

New York Fashion Week was the first to get the sci-fi bug, with Harper’s  Bazaar naming sci-fi chic as a trend for Fall 2014, as ruffled and pale dresses donned photo- print images of C-3PO, Yoda, the Death Star, and Skywalker himself. Though I applaud the sisters, Kate and Laura Mulleavy, for placing their geek card on the table, they were outdone by the Preen designers who are keener to the dark side.

The Preen designing duo looked back to the year 1977, when two well known films were released. For John Thornton it was sci-fi juggernaut Star Wars and for Thea Bregazzi it was Woody Allen’s stylish and witty film Annie Hall. Models charged down the runway in attire infused with attributes from both films; flowing dresses in hues of orange, white, black, and navy with kaleidoscope prints and thick belts synching at the waist emitting a subtle futuristic sense of power and assertiveness. The lovely Darth Vader blouse matched with black trousers, is aptly suited for Diane Keaton herself, and in doing so,  Preen have molded a collection for the woman on the go, who wants to let her style speak for itself, but isn’t afraid to have a little fun. It’s the perfect juxtaposition of the quirkiness of Annie Hall and the stoic presence of Stormtroopers awaiting commands from Vader. This collection succeeded while Rodarte’s attempt was carried through with a heavy hand and bad imagery.

BTW, can someone please send me this entire collection?

Thank you in advance. 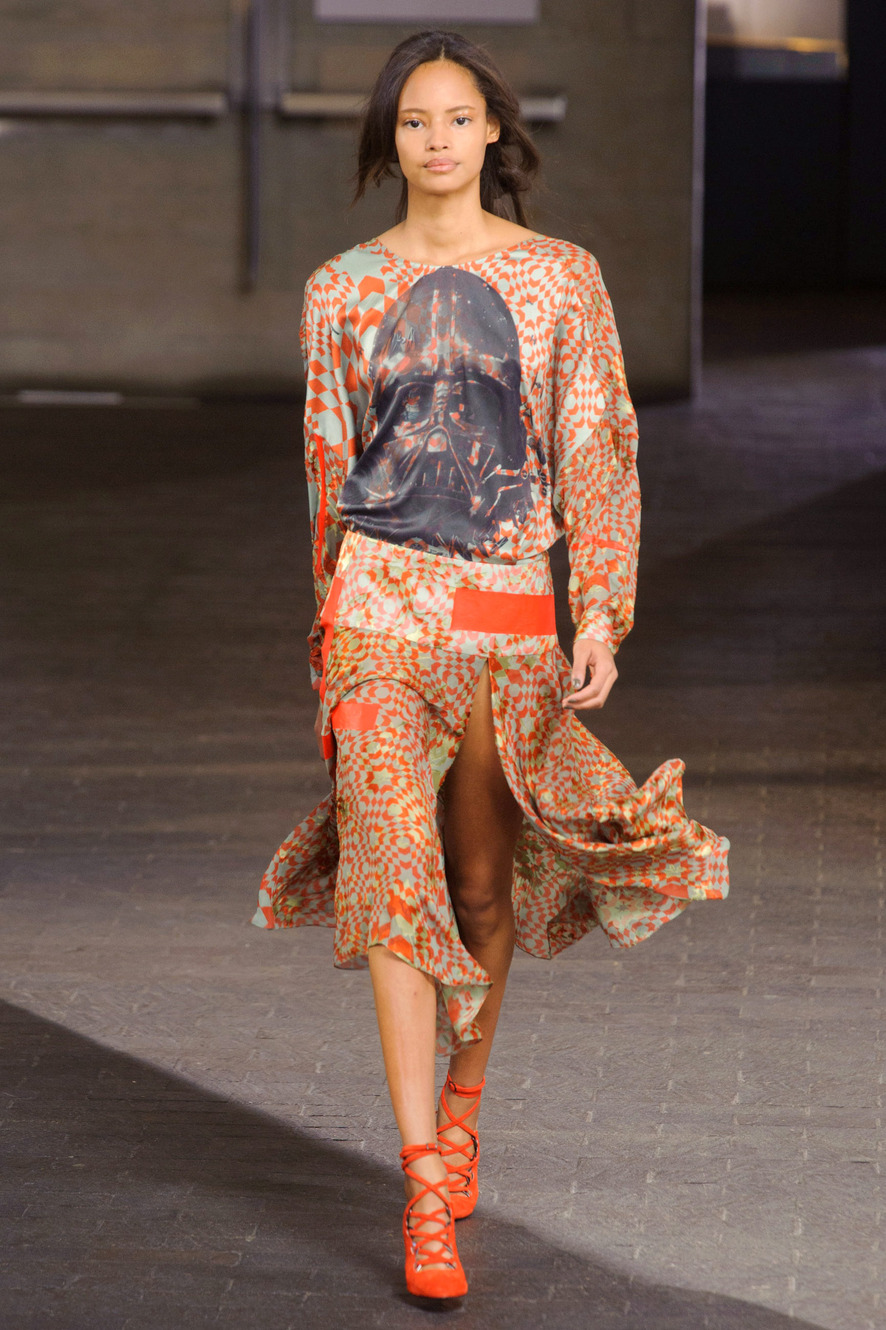 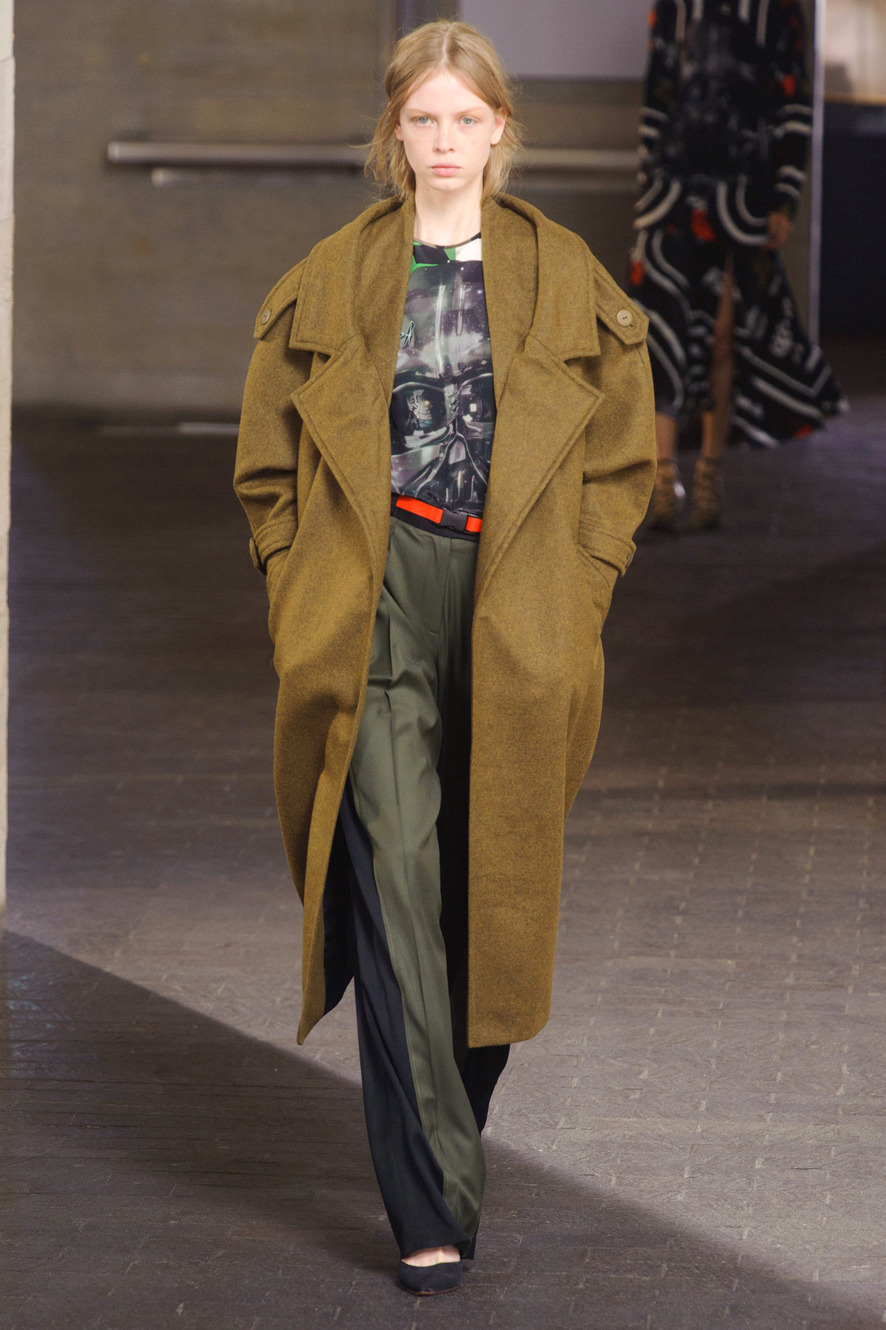 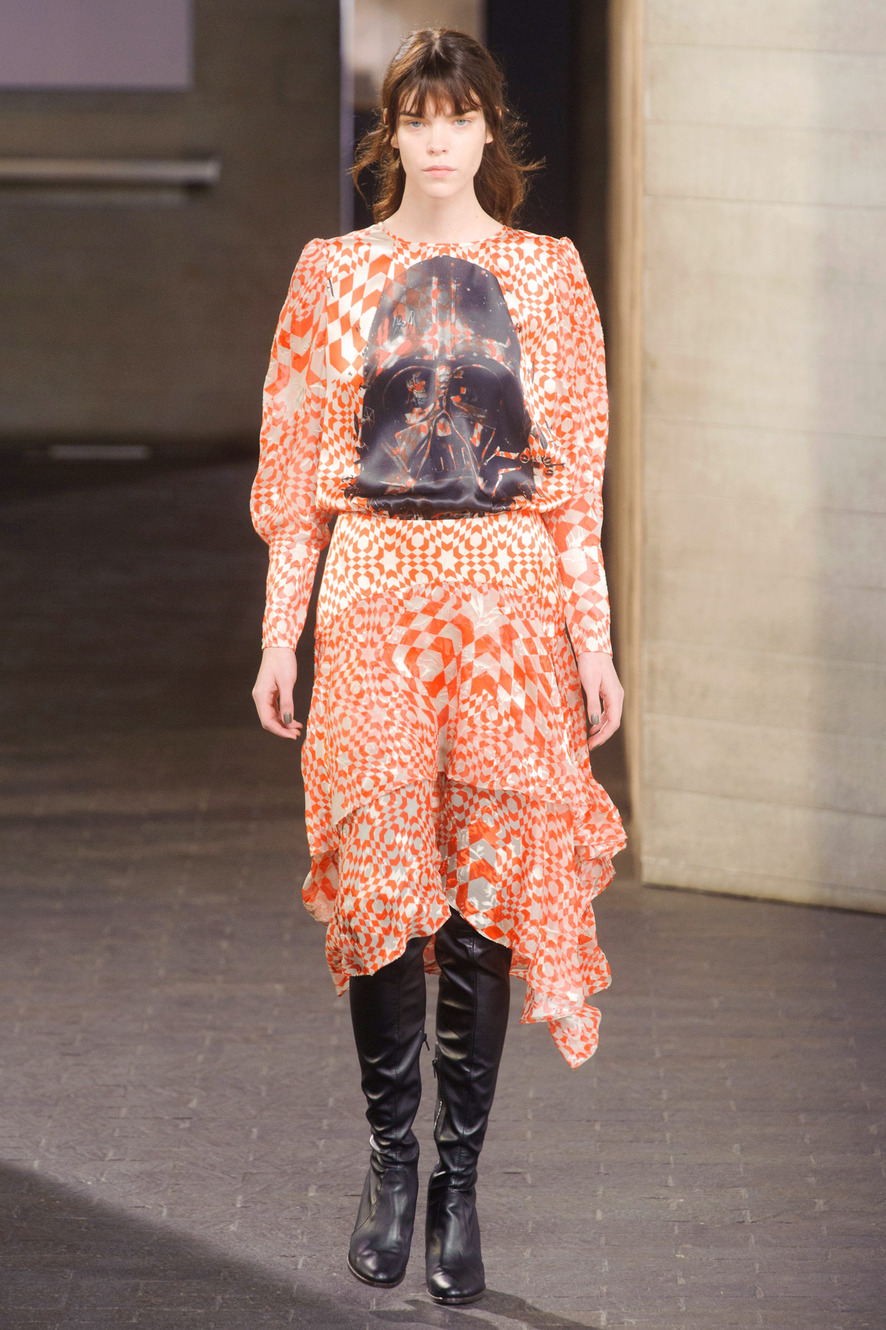 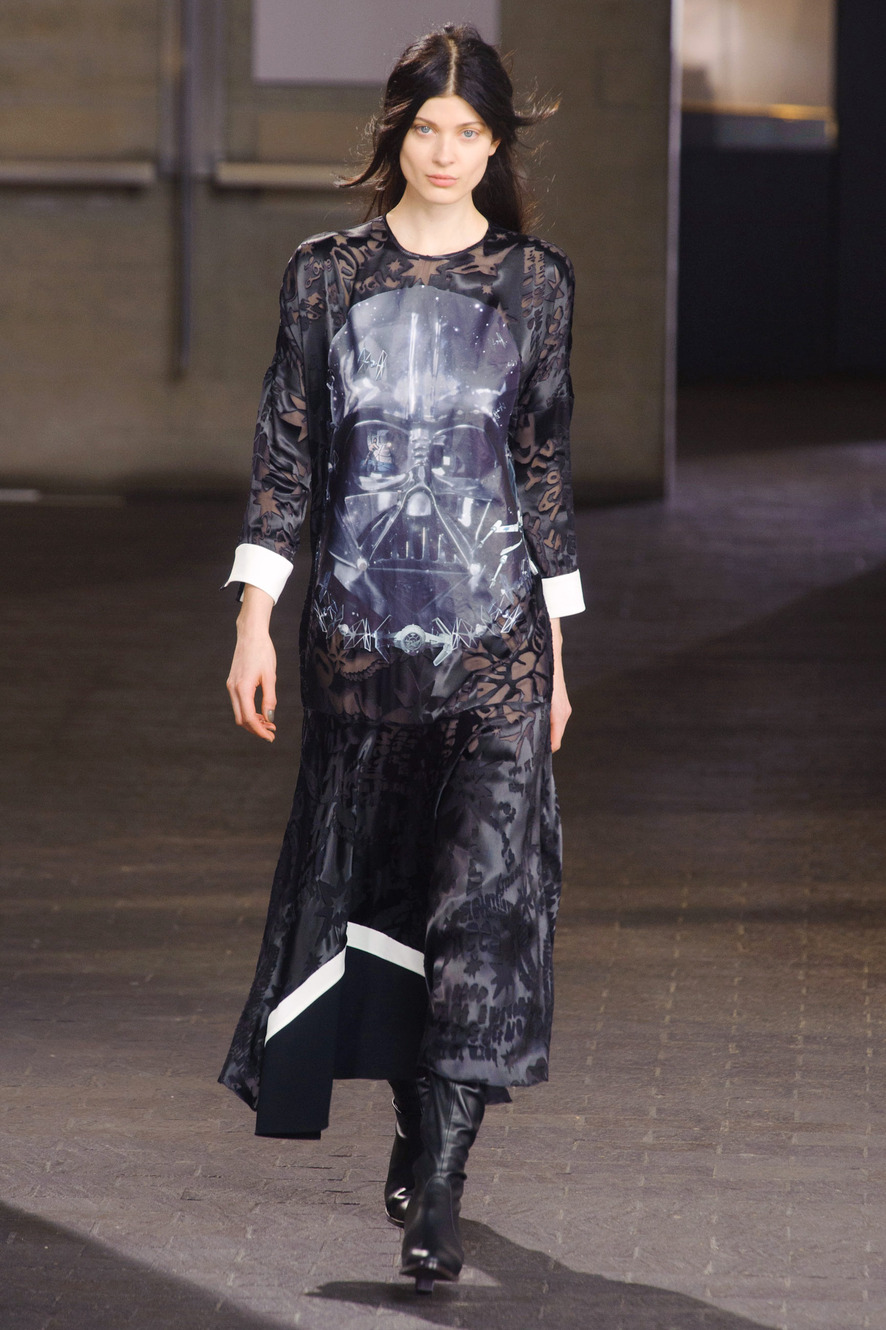