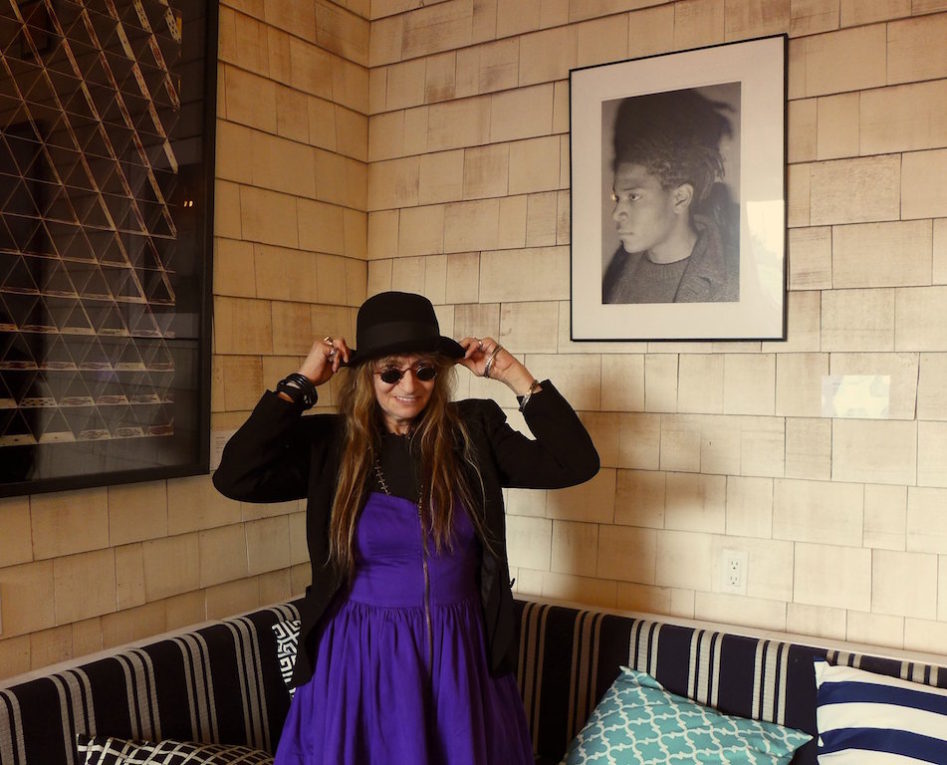 Whitehot Magazine hosted the inaugural Art Hour at The Barn, the new club-like gallery inside an early 20th century restored barn outback from Stratis Morfogen’s Southampton outpost of his wildly successful New York City restaurant, the Jue Lan Club. Named after a secret Chinese art society in the 1930’s, the Jue Lan Club merges fine art with fine dining like never before in the Hamptons due to the spectacular grounds and spatial layout of the restaurant with massive outdoor seating in the garden area and its juxtaposition with the turquoise-painted barn and the gallery’s husband and wife curatorial team Adrian and Emerald Gruin. 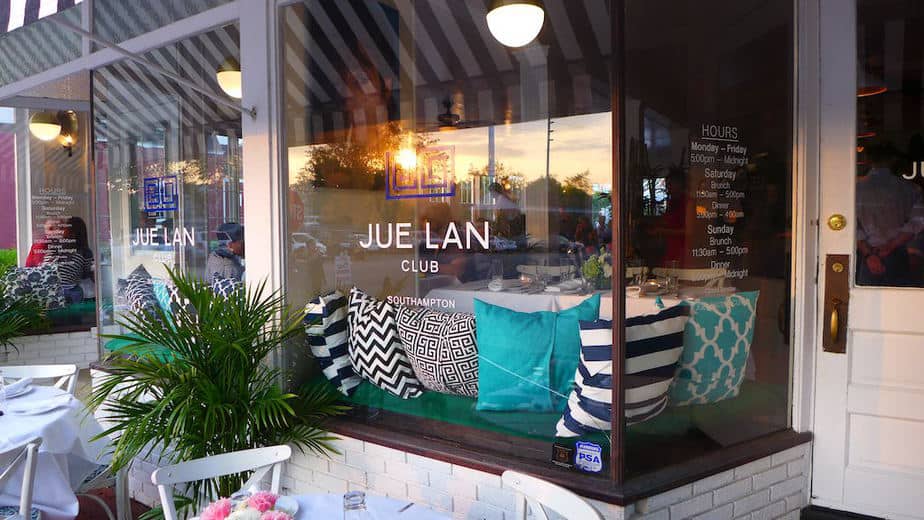 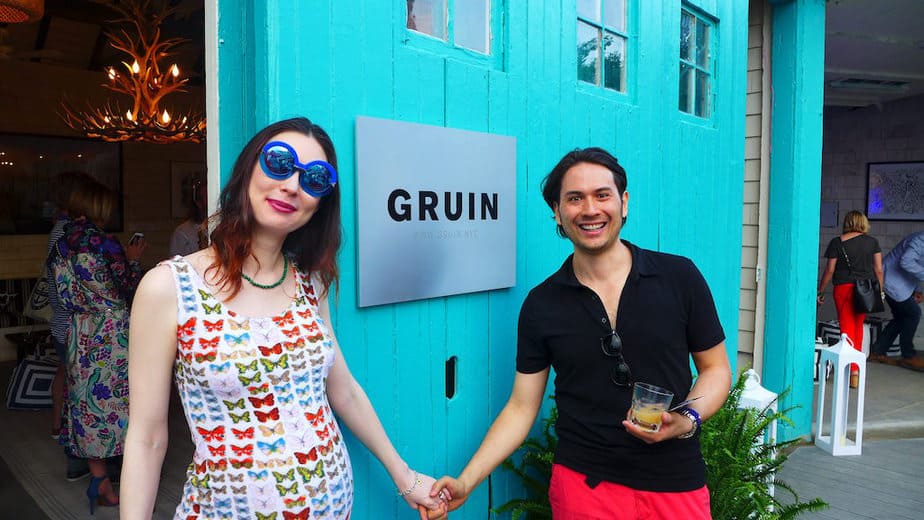 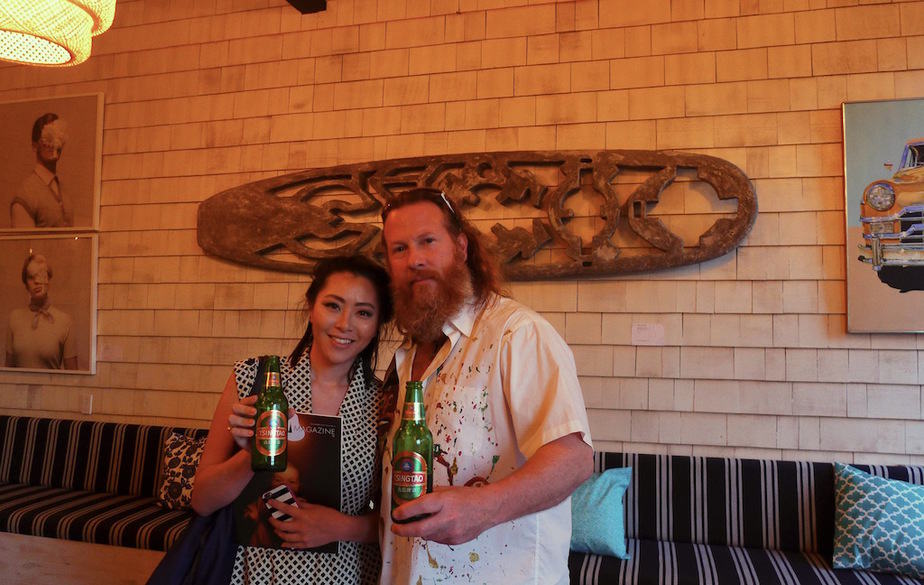 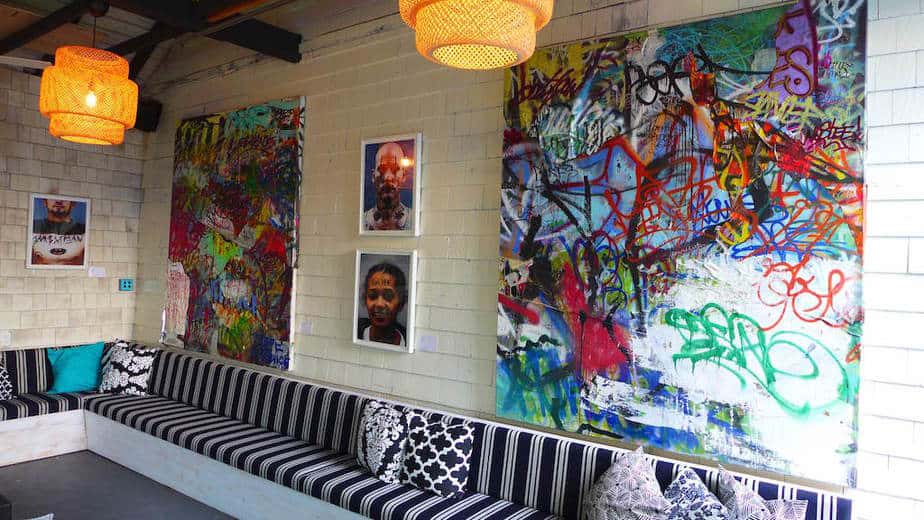 The Punk Room at The Barn, Jue Lan Club with Mint & Serf and Jack Greer. 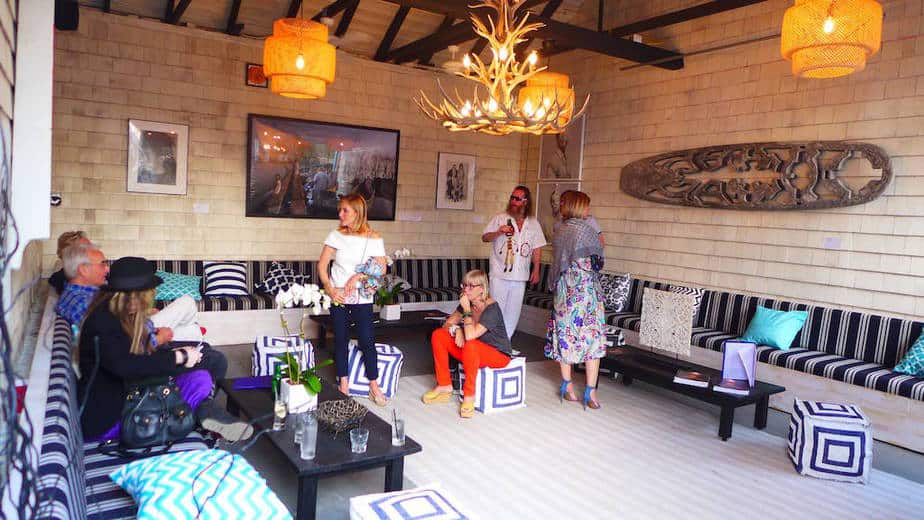 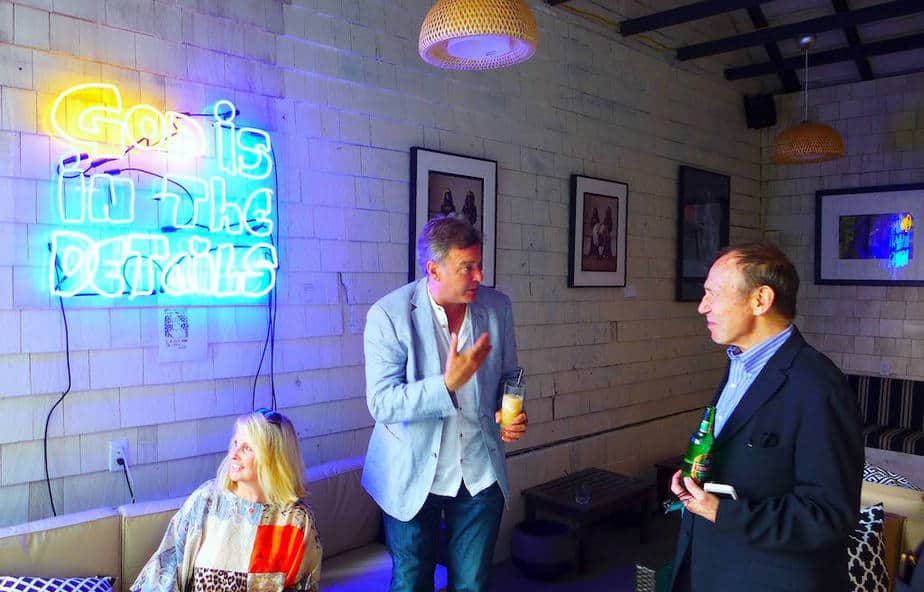 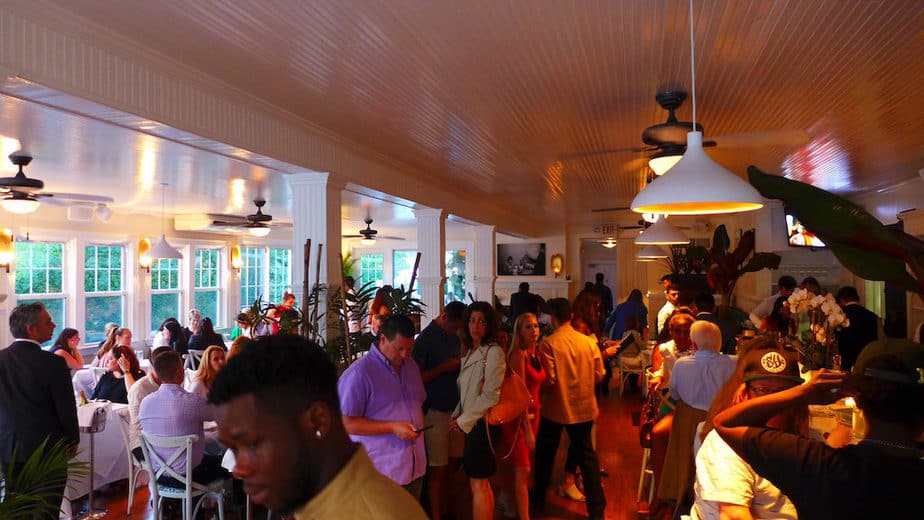 The Opening Night scene at the Jue Lan Club, Southampton. 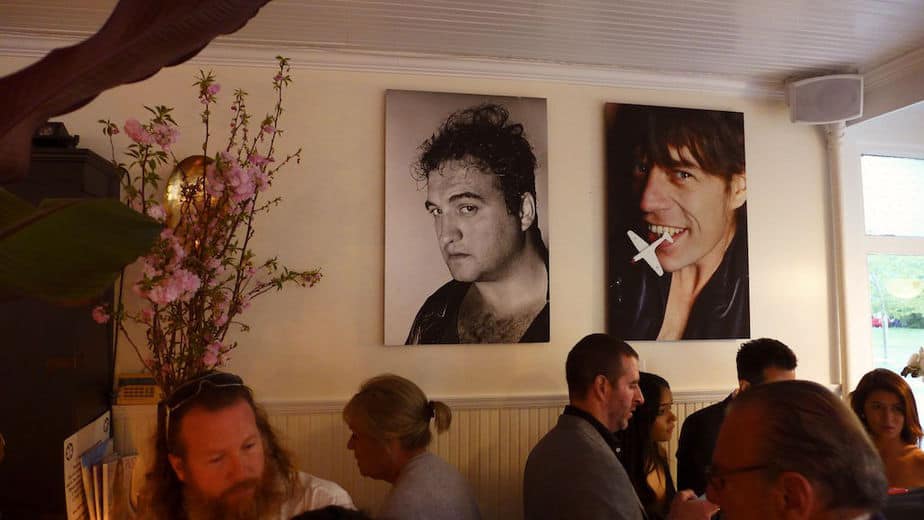 Belushi and Jagger (by Marcia Resnick) hanging out by the bar, Jue Lan Club, Southampton. 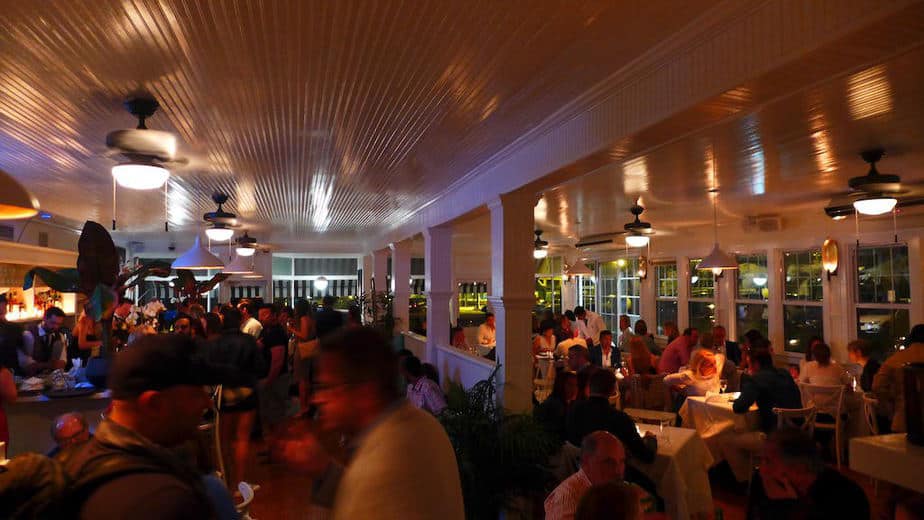 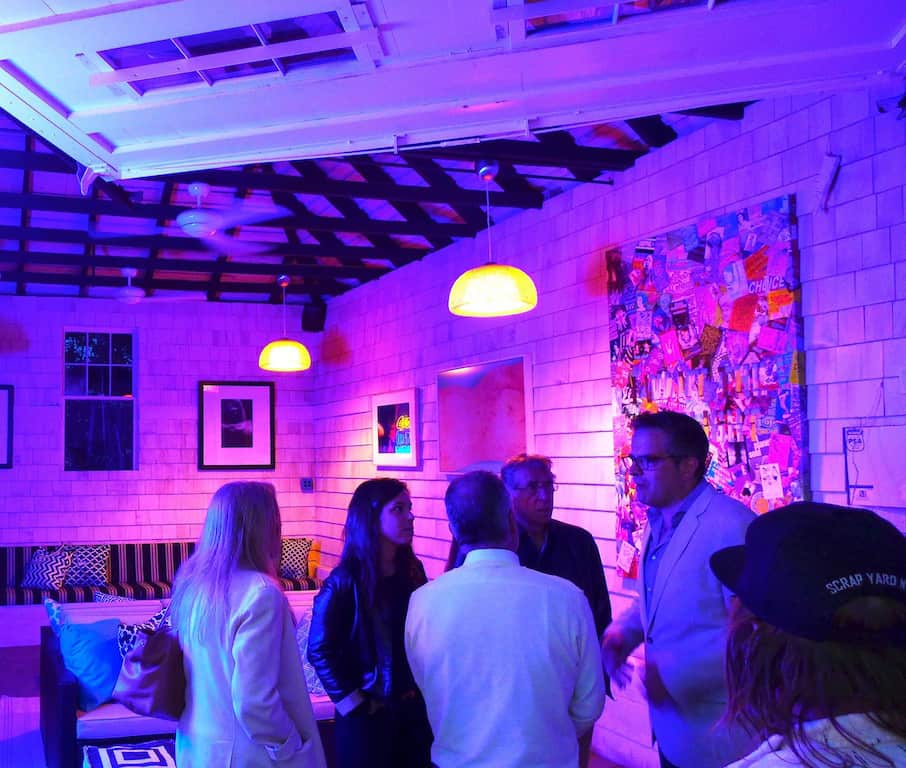 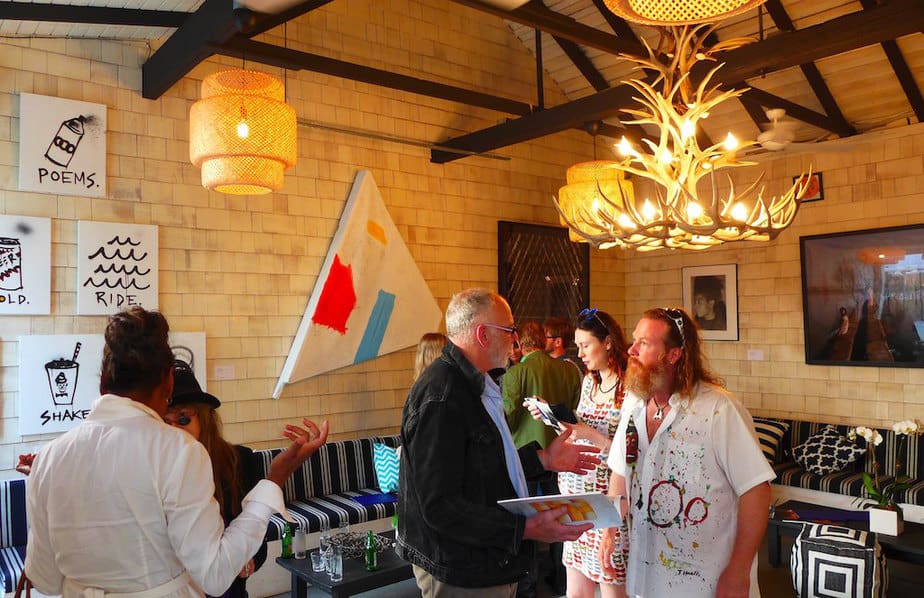 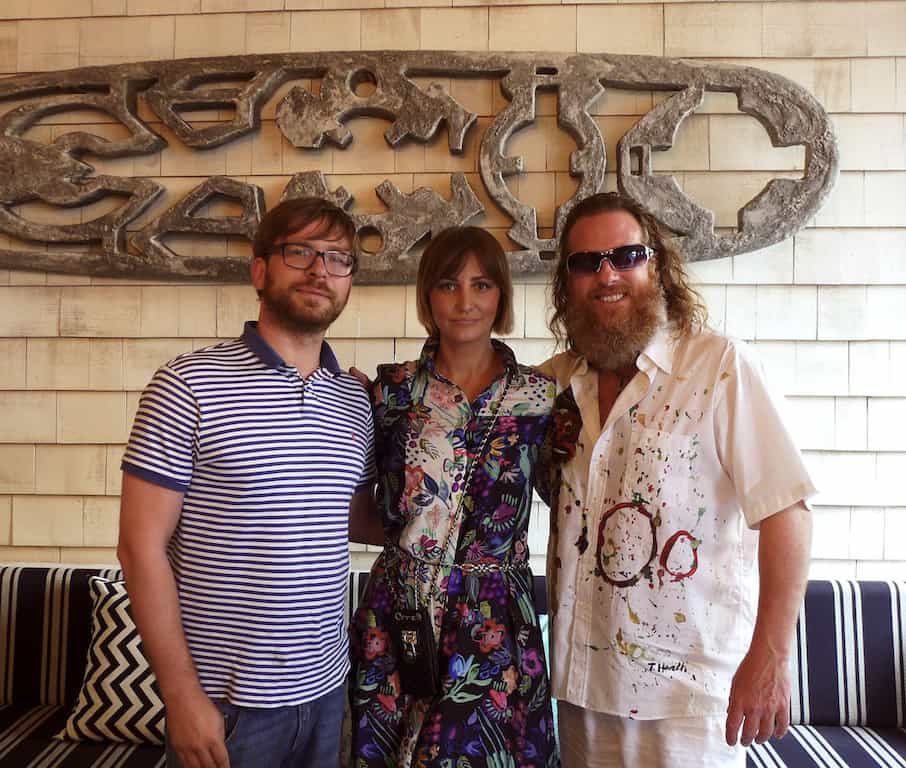 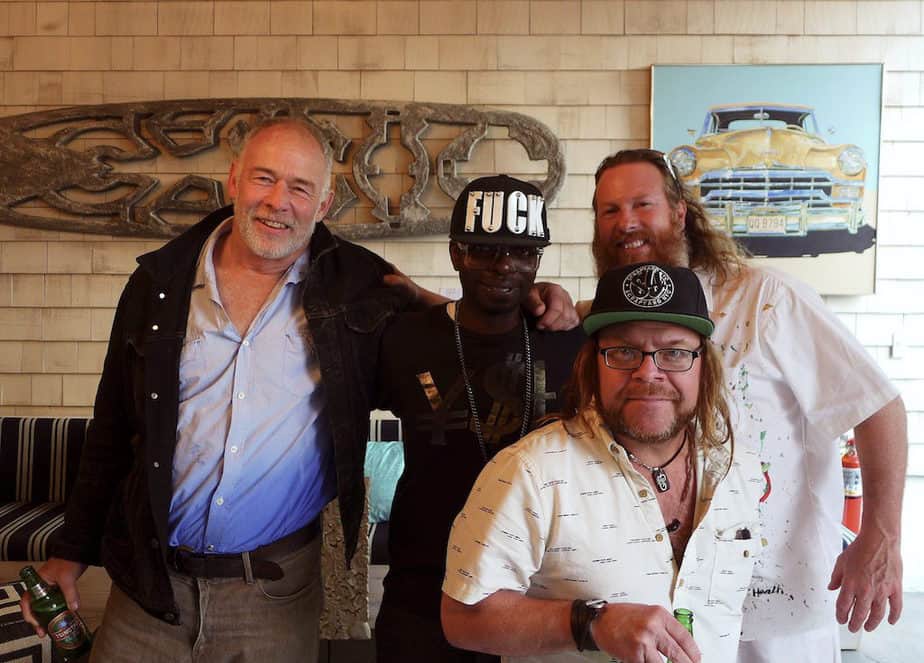