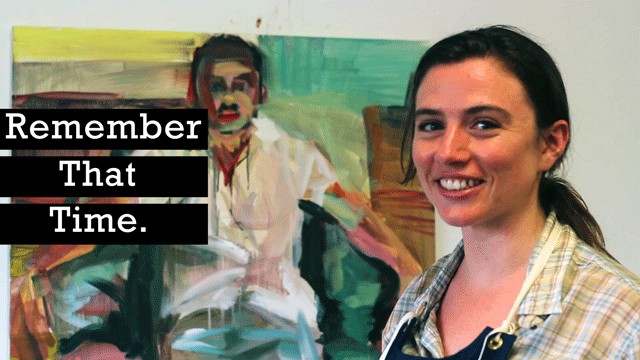 Painter Molly Segal works out of a cozy studio in Somerville, Massachusetts. The building looms like an old box factory, tucked away on a quiet residential street. Molly greets us warmly as she invites in. After she introduces us to her work, we sit down for a video interview, which you will find below the article and also on the Quiet Lunch YouTube Channel.

The work covers a wide range of moments from a girl’s adolesce. A large painting titled “No Take-Backs” catches the eye at five by six feet. Three girls sit nestled during a sleepover. The scene feels strangely familiar: friendship like no other. Molly uses a combination of styles to apply the paint. Parts of the figures look tight and realistic, while other parts appear drip down the frame in loose brushstrokes.

Another painting leans against the back wall titled “The Kind That Run”, three by four feet. The frame shows three girls around the same age dashing wildly toward the viewer. Their faces light up with joy as they sprint breathlessly. The title suggests that their movement isn’t motivated by a destination but rather something reckless and carefree, running just to run. The image captures a certain energy or life force that feels like a memory, even if it didn’t happen to you.

Check out the video below to see Molly Segal work on her latest series of paintings. She is a recent graduate of the MFA program at the School of the Museum of Fine Arts. Visit her website  to see more of her work. 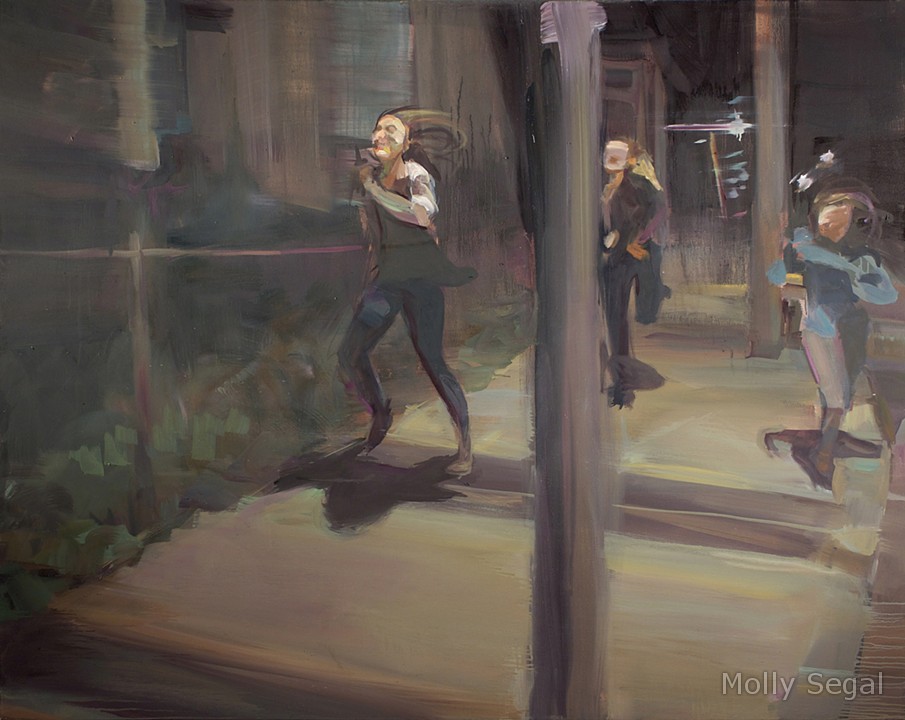 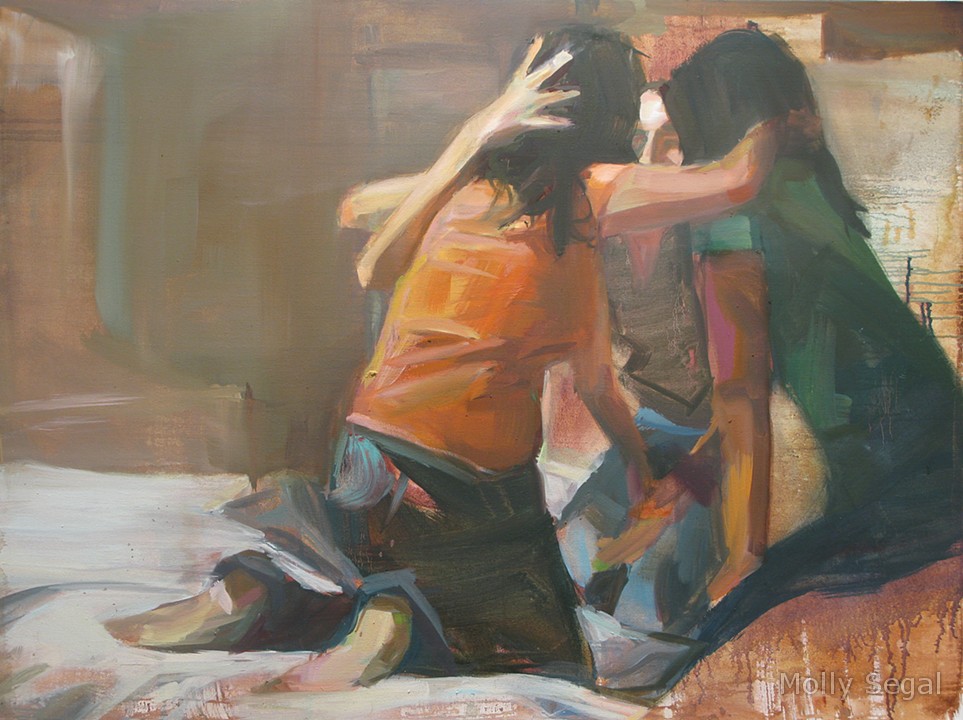 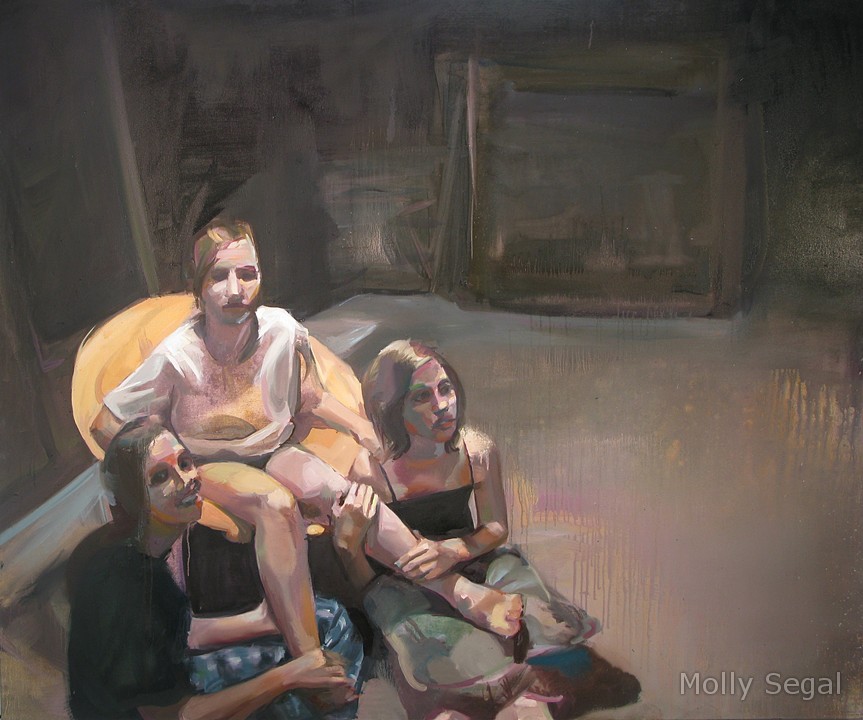 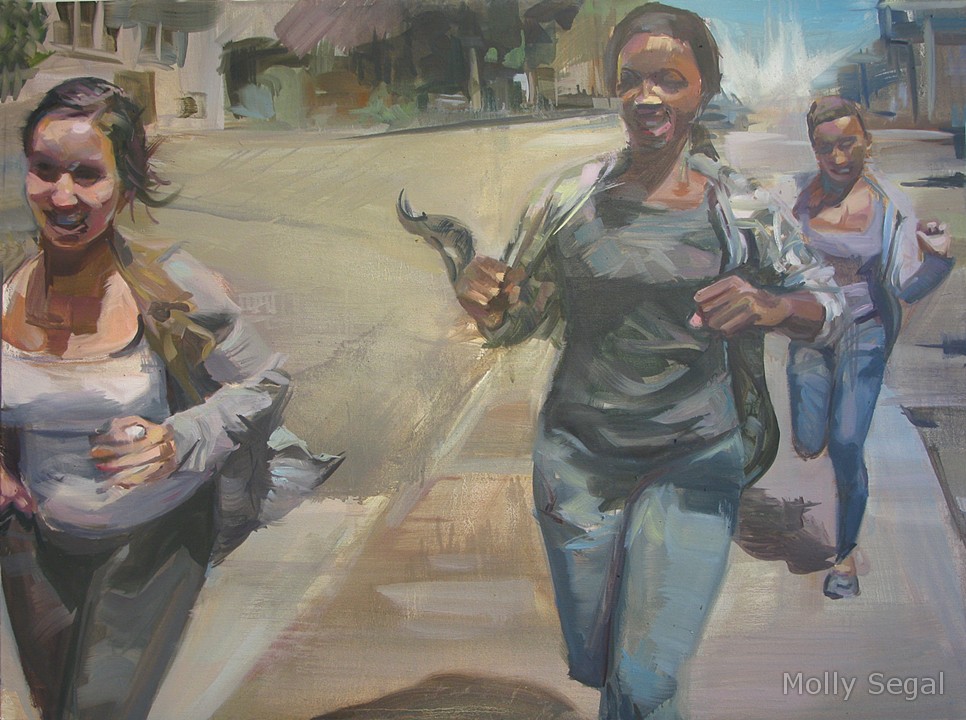 “The Kind That Run”. (Courtesy of Molly Segal.) 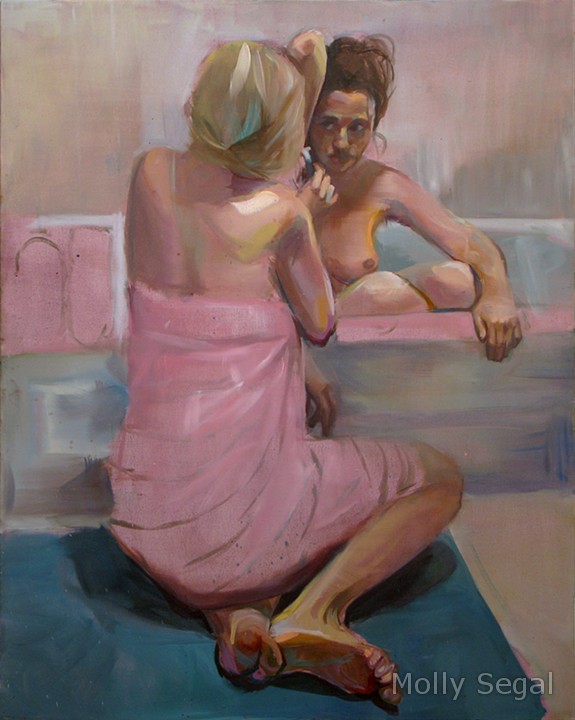 “Things We Taught Ourselves”. (Courtesy of Molly Segal.)