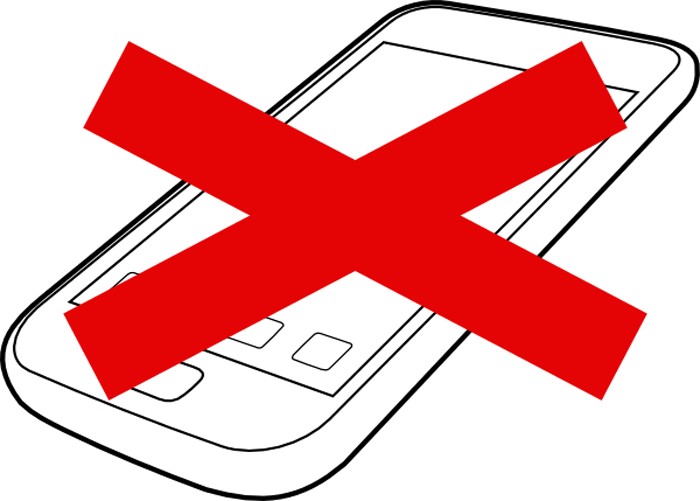 I have to ask this question because a recent experience has led me to believe that we are.  Either be it a by-product of the growth in industry or by design. So let me give you my story as to how I came to this question — I will not name any mobile service providers or cell phone manufacturers. Mom said, “If you don’t have something nice to say…”. But guess I can’t do that, so here goes…

I notice things like patterns, especially over long periods of time. I recently had the unfortunate experience of purchasing a new smartphone device, and even though its an impressive piece of equipment, I went through this same process the year ago… and 6 months before that, then 9 months before that. I think you get my drift.

This is a pattern in my opinion, thus making it a phenomenon in my mind. “When did it become okay to buy phones like this?” I asked myself. At first, when I was working in Corporate USA it didn’t bother me because Corporate took care of defective devices. Now I do things on my own and work very hard to make a living, I tend to watch what I spend money on, more and more over time.

This used to be called budgeting and never did I take it seriously until now — that comes with age I guess. So, with me also being the geek that I am, I went on a quest to find what I like to call a solution.

We all had this happen at least once: “New Exciting Mega Big Update” for your phone to make it faster, better… blah blah blah. Then what happens, when it automatically updates — a situation in which you really don’t have a choice, outside of jail-breaking your phone, an action that would render your warranty useless — you get excited because your phone as of late has been acting really crappy and you so need it to get back to phone that works.

Now my phone has its back scars and I am not trying to say that I am an angel when it comes to how I use my device but I do maintain it pretty well.  My reality requires it. But I digress…

So I do the usual:

This is where we start. I explained to “Bob” that I have been a loyal customer with “them”. I tell Bob that I notice that my phone only started getting buggy “after”  it had to get the “mandatory” update. I am ok with that. But when that happens at a certain rate every 9 to 12 months, I start to wonder… is this on purpose?

You see, this was the reason I have bought new phones… for the last 6 years. When I tell you, every time it’s the same exact process, I mean, its really exactly the same. But this time it was a little different. I started to do what I do best and find a solution so I can continue be effective for my business again. I asked “Bob”,

Me: “Okay. I understand. My contract with you guys doesn’t give me an upgrade and I don’t have insurance (because, like adult, I never lose my phone). So what are my options?”

Bob: “We have to go through the checks with technical support…”

Me: ” I did that already because this tends to happen every time… especially when a new phone comes out.”

Bob: “Okay, so it looks like your phone is defective and since you have no insurance and your plan doesn’t …”

Me: “Ok. I would like to just replace the current phone I have that has, you know, worked so well.”

Why should I buy insurance to replace what I bought from you that Y O U R  U P D A T E will force to crash anyway? Again, I keep my phone maintained and have been doing this song and dance for a while now.

Me: “It just came out last year… I know, there are so many phones coming out but you mean to tell me that the lifespan for last year’s $600 phone is 12 months? I can’t un-install the update that you guys say has to happen? I can’t buy the same phone but here’s is new shiny thing that is out and you’re promising me that its much better than the last…”

Bob: “Well… those are your ONLY options… or we can’t HELP you…”

So, you screwed up my phone. In order to protect myself from what is essentially a virus that you gave my phone, I  either have to:

A) buy insurance to protect myself from you,

B) let you decide what phones I get because you don’t want to sell the phone and you can’t sell an old phone at a new phones rate. Even though the differences between the old phone and new phone are almost non-existent.

Well, skip all the other phones conversations in between and get to the part where I think this is a mobile rat race… I say to (a new guy) Techboy:

Me: “You know I have virus protection on my phone, scan it often, clean out my memory. I mean, I really maintain my phone. So I don’t understand that why every time there is an update, my phone just starts messing up. I mean, isn’t it suppose to improve your phone’s performance? And yet ‘Bob’ is telling me I have no other options. That doesn’t add up”

Techboy: “It may be your phone…”

Me: “No. My old lady has the same phone but she bought her’s months after I got mine. Doesn’t use but 25% of the phone’s full potential and yet BOTH of our phones have the SAME problem. That doesn’t seem odd???”

Techboy: “Sir, I don’t know what to tell you at this point.”

I really can’t. I am not going to buy something I don’t need. Most of us aren’t. But I am not going to continuously buy the same thing every time you send an update that will then force me to buy the new/old same phone at market value every year. I can be doing better things with $600 per year than paying the salary for customer service jobs in India or wherever else.

I could put my $600 towards buying more equipment to produce better content, take my old lady out to eat, design a new concept. You know, contribute to building a better America.

I think products should be made to last longer so we can do the necessary things we need to do because the government is NOT awake at the wheel and America is better than that. So please, all you smart phone device manufacturers and mobile carriers, let’s make an effort to give us, the people who are loyal even though they have no right to be, more options.