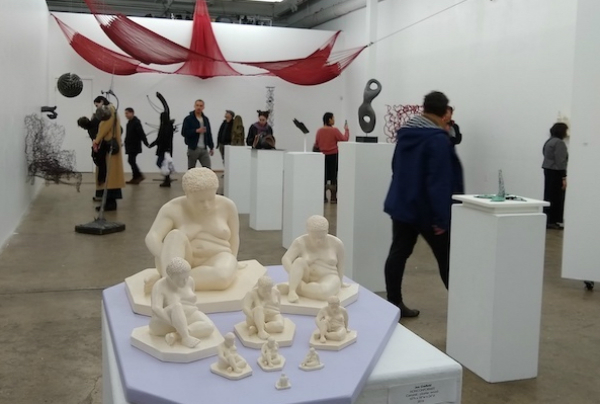 Space can be a fraught term: as both abstract concept and concrete marker, space delineates a potentiality waiting to be made manifest. It can be argued that the exhibit “politics of space” achieved just this goal for contemporary sculpture. The exhibition, on view at Plaxall Gallery in Long Island City through Dec 2, 2018, featured works by participating artists drawn from the prestigious Sculptors Guild cohort of artists along with the renowned Long Island City Artists (LIC-A.)

Reflecting on the malleability of the term “space” as used in phrases such as “blank space” or “negative space”, sculptures in the exhibition occupied the liminal areas between physical. psychological and social space. Curated by Ginger Andro, Caroline Bergonzi and Colin Chase, participating artists in “politics of space” showcase a versatile approach to material and composition, each applying a distinctly personal lens to topics such as vulnerability, ephemerality and strength. 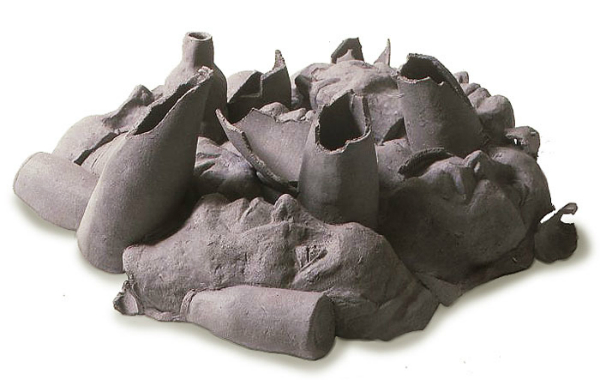 Works by artists such as Gail Goldsmith and Lannie Hart probe the physical space occupied by the body by questioning the presence and/or absence of structure inherent to the human figure. Investigating how the figure can be broken apart, or reconstructed, these artists expand on our view of the human body as a fixed, immutable entity. Directly contrasting views of the body as a space of inquiry, artists such as Steven Kasher and Rosanne Ebner employ an approach delineating space by right angles and sharp lines, rather than organic forms. Applying this geometric approach introduces space both as an abstract boundary and through concrete
divisions in the physical plane, in three dimensions. 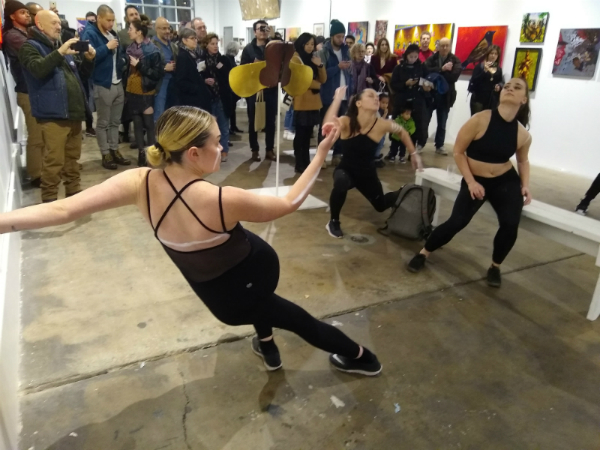 Programming related to “politics of space” took place throughout the course of the exhibit, including artists reception’s and closing night events. As part of related programming through Long Island City Artists, Sculptors Guild and Plaxall Gallery sheep meadow dance theatre performed for the general public during arts open portion of the exhibit. Compelling choreography reflecting the surrounding sculptures made for a thought-provoking, exciting new means of exploring the exhibit’s concept. By making space both political and public, “politics of space” led a fearless charge for the artists of today to be the harbingers of political and artistic change for a brave new art world of the future. 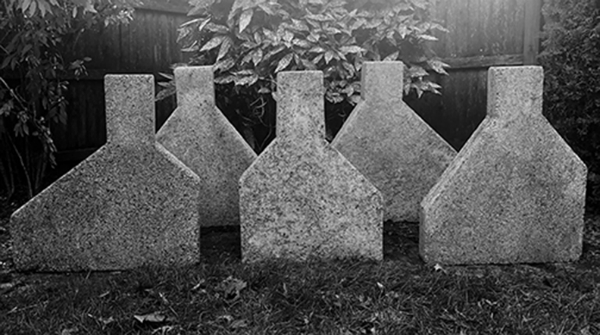