Estonian illustrator Liisa Kruusmägi does not color inside the lines. Her works have an all over the place feel, but it is that sense of disarray that makes you welcome her infiltration.

Inspired by other artists, culture and everyday people she draws her inspiration from the energy of life; fueling her (visually) altering state of mind. 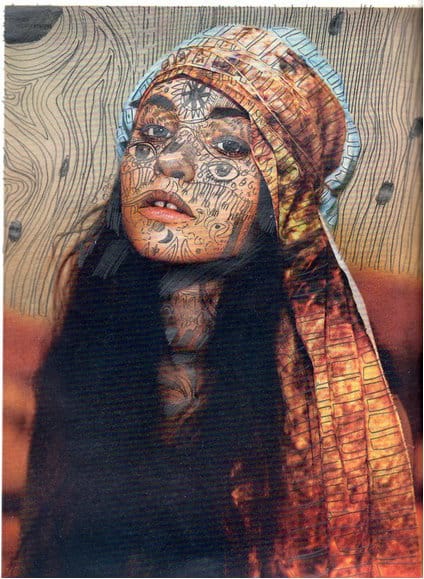 “My technique depends on [the] works that I’ll do. I love to experience different techniques. But mostly in drawings I use pens, markers, colour pencils, sometimes acrylic and watercolours. And also collage.

So the technique depends so much [on] what I´ll do. But I’m a colour person, I love to put lots of colours together. So maybe I can say that markers are my favourite — but I definitely have to combine them with something else.”

From slightly morbid to passionately playful, Kruusmägi seems all over the the place but her inspiration comes from a very grounded source.

“Mostly it gets started with photos, my own and found photos from magazines and books. Usually I just start to draw something and in process I got so many ideas and that inspiration all flows inside. I want to show in my works [the] time where we live, so my inspiration mostly comes from [the] streets.

And also I love travelling, that always gives me so many ideas [on] what I would like to do next. And I love to see what other artists do, especially [the] young and not so famous artists. So all this mixed together is my inspiration.” 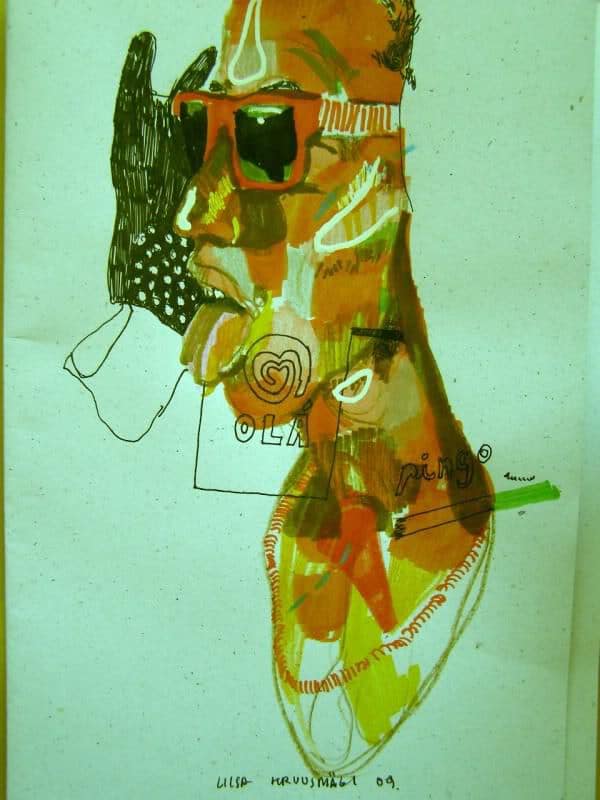 Kruusmägi wraps your brain around itself with her calculatingly convoluted creations; twisting and turning, creating colorful knots.

It’s hard to classify — much less describe — her work. When you combined her use of multiple medias and other aspects of her art, it gets rather compliment. In hopes that she could somehow bring us closure we asked the artist herself to define her genre:

“I don’t know if I still have one kind of genre of art, because at the moment I am doing very different things. That I really like. I have an idea and I can use whatever kind of method to realize my idea. Example, I’m really into sculpture, that I almost never did before. But drawing is where it all gets started. It’s [the] easiest and fastest way to put your thoughts on paper.

And making drawings as I do these quite little ones, doesn’t take up much space. [Smiles]

But one day I would love to have my own studio where I can easily make bigger things and sculptures and so on.

But how I define my work, I have to answer again the same thing. It’s related to nowadays, I used to say that my works are just like film stills. I like to depict a situation that is how life is… there’s always something surreal and funny inside.”