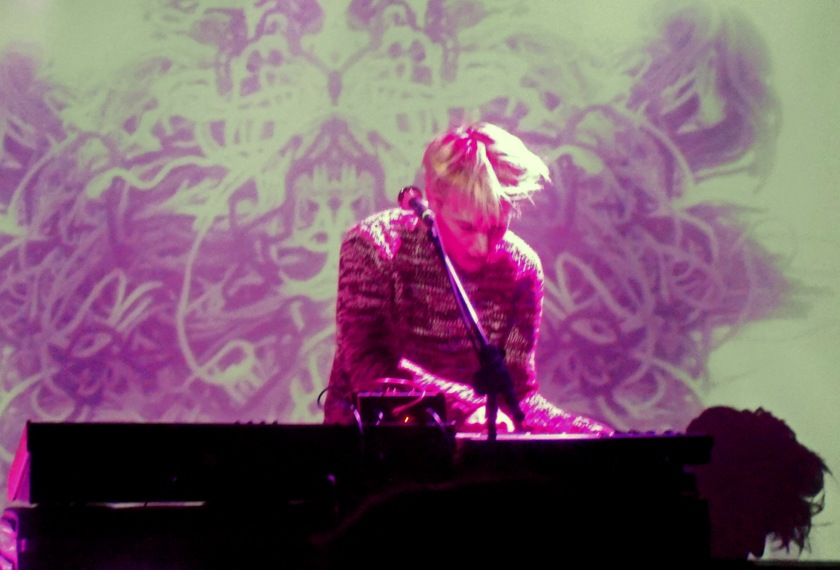 Liars thrashed and burned in psychedelic jolts during one explosion of a set at Le Poisson Rouge in Manhattan this past Thursday, May 8–the first of their two shows in New York. Their performance was quick, to-the-point, no fussing, no fawning, and now, in retrospect, nothing but a complete blur of colored yarn. The blur is a testament to the ferocity of their onstage antics, but also, my pre-game activities.

The opening act, Jana Hunter, gave a sparse, calming performance. She sat mid-stage, guitar in lap, with a light cascading upon her silhouette as she sang subdued and vulnerable. Hunter, of Baltimore, and pals with Devendra Banhart, has a meadow-grazing, casual, but stern, sound. She was a perfect contrast to the lambasting sonic stranglehold of Liars.

Time was not wasted. Liars stepped onto the stage lit in the under-shadow of two bright video screens passing back and forth intricately laced patterns; colors colliding. The seven-foot-something singer, Angus Andrew, with the top of his head nearly brushing the ceiling, stood head-to-toe in stained white, wearing a face-mask netted together with multi-colored yarn. The same string that’s been seen in jumbles and strands in the promotional artwork, and on the cover of Liars’ new, seventh album, Mess.

The three-piece was scattered into corners of the stage. New drummer Butchy Fuego, also in Boredoms and Pit Er Pat, sat all the way stage-left, while Aaron Hemphill was pushed toward the back right against a video screen. Andrew filled the center of the stage with the energetic force of his flailing limbs. 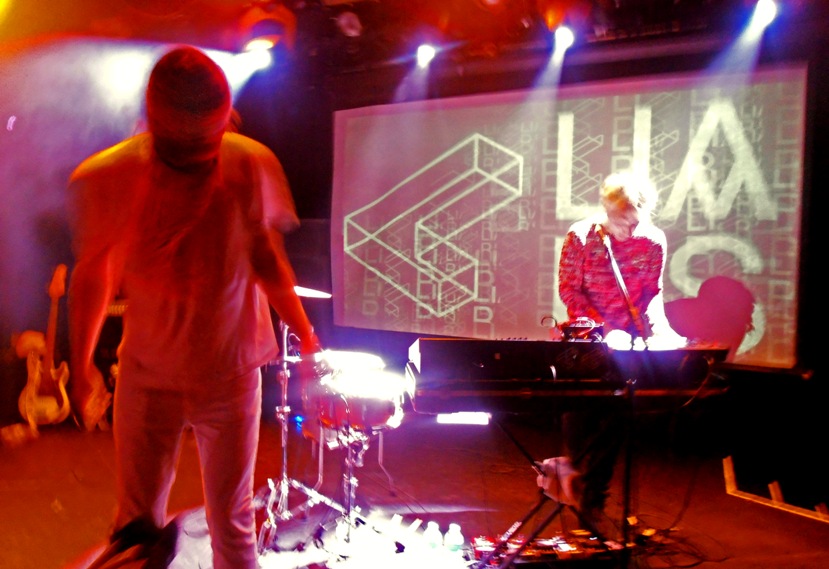 The show began with the pummeling space odyssey “Pro Anti Anti” off the new record, then went to “Mask Maker,” the eerily deranged, but drunkenly funky opening track. By that point the crowd knew they had to submit to every vibration and convulsion emanating from the speakers. There just was no choice.

The set-list was half songs from Mess, and the other half from their previous three albums. “No. 1 Against the Rush,” off WIXIW, was a highlight with its cool down-beat and Andrew mumbling his aching soliloquy over synth-waves. 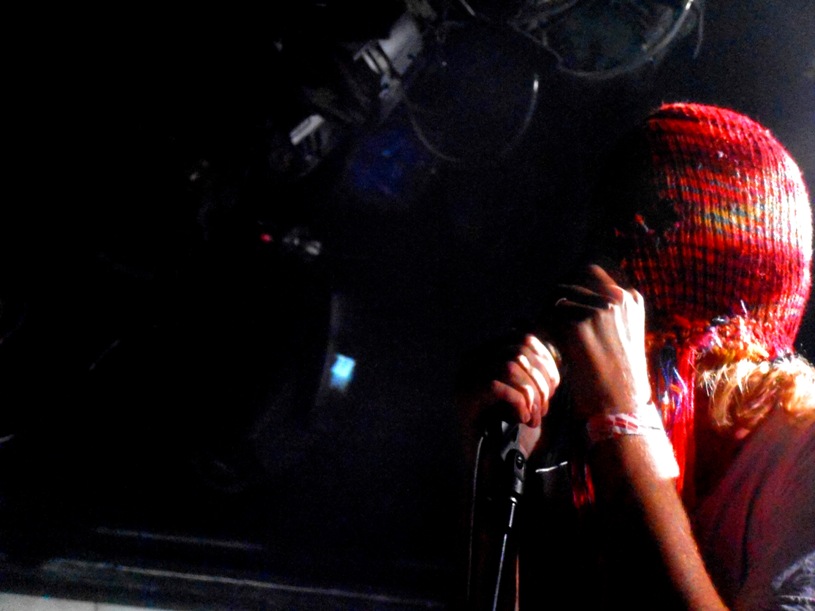 The finality of the set ended with a ravishing, hot wax-in-yer-earholes, trio of “Mess On A Mission,” “Brats,” and “Plaster Casts Of Everything,” off Mess, WIXIW, and Liars, respectively. It was dangerous. There was no guarantee I wouldn’t end up pierced and wailing in a graveyard by night’s end. They bashed through “Plaster Casts Of Everything” with Fuego adding extra vigor to each snare pound.

Liars are one of the most exciting bands today to inflate, derail and splice rock & roll into new provocative, unnamed, fear-inducing and challenging subcategories. May their creative fire continue to blaze.