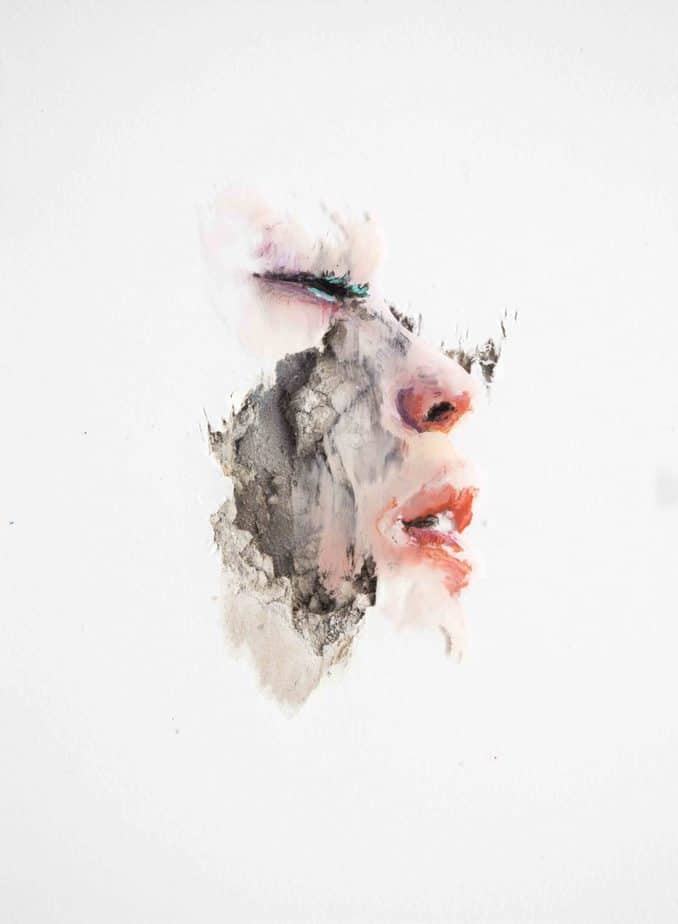 Booth Gallery is delighted to announce Juan Miguel Palacios’ Imbalance, a collection highlighting social, political, and economic inequality through multifaceted artworks. In his first solo exhibition with the gallery, Palacios seeks to bear representation to the state of affairs of the modern world — what he refers to as an ‘ugly society’, a term he borrows from Noam Chomsky’s documentary “Requiem for an American Dream”.

“The point is to make people hate and fear each other and look out only for themselves, in this ‘land of inequality’ that we have to inhabit today… It’s going to be an extremely ugly society.” – Noam Chomsky regarding the concept of inequality. 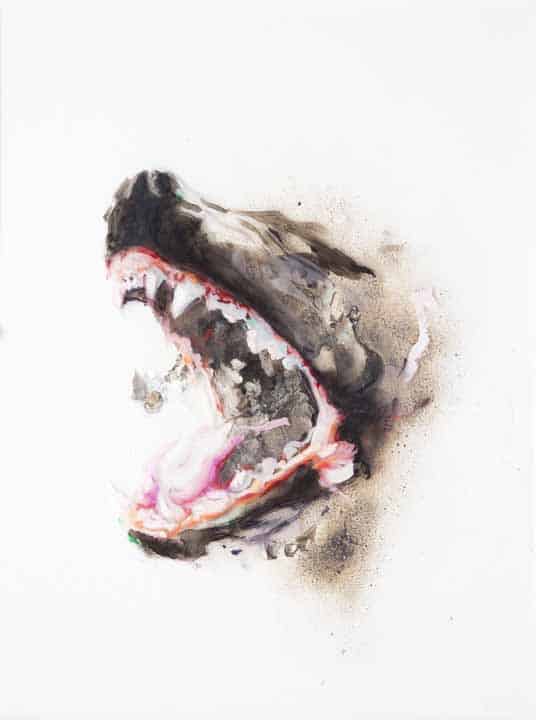 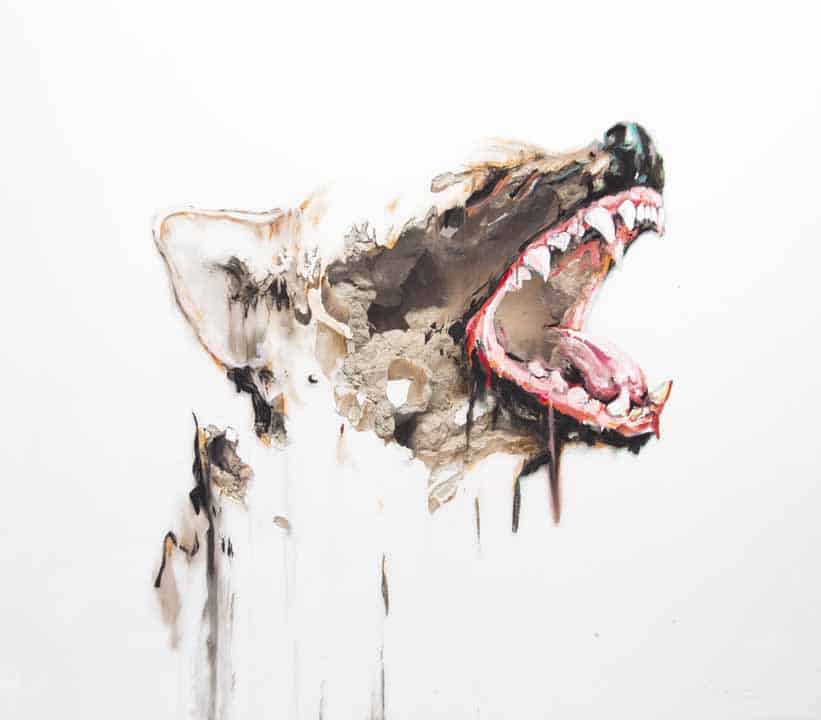 Advantaged members of the society make others fear and hate each other while reaping as many benefits as possible, thereby embracing the advancement of the self at the cost of others. Palacios presents a visual commentary on the seemingly existing schism between empathy and apathy the world is experiencing.

In Palacios’ work hyenas represent the powerful transgressors of a harsh reality, while women who have or are being attacked play the role of the disadvantaged masses. In this way, the artist creates a distinct representation of predator and prey. Palacios recreates of occurrences of violence and injustice within his creations.

He begins painting on thin panels of vinyl using industrial, oil-based house paint. The vinyl is later layered over a slab of battered drywall. Palacio states, “I use a wall, hard and heavy, as a symbol of a stable structure but constant aggressions have destroyed it.” Palacios uses any means available to break the drywall: anything from a hammer to his own feet is fair game. He polishes the edges of the cavities with a blowtorch and further solidifies the damage with a polyester foam resin. Then, he returns to the vinyl painting and warps the work with paint thinner, even sometimes scratching at the image with his nails. 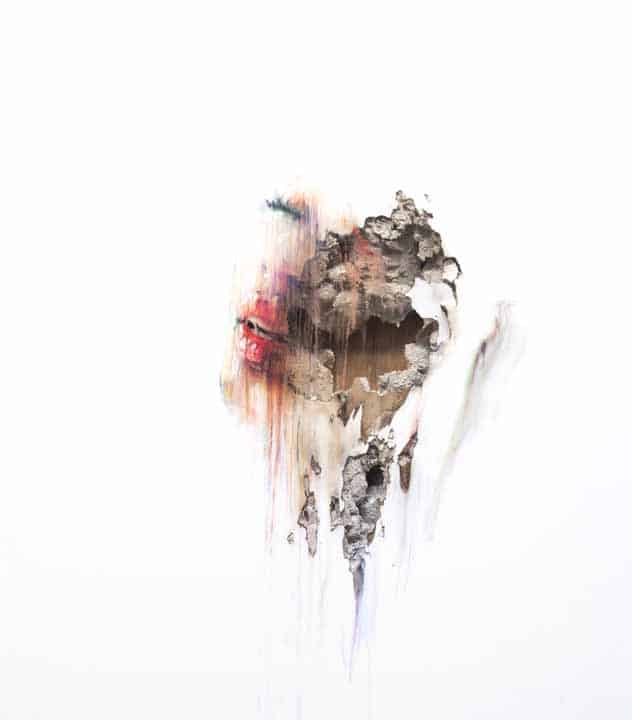 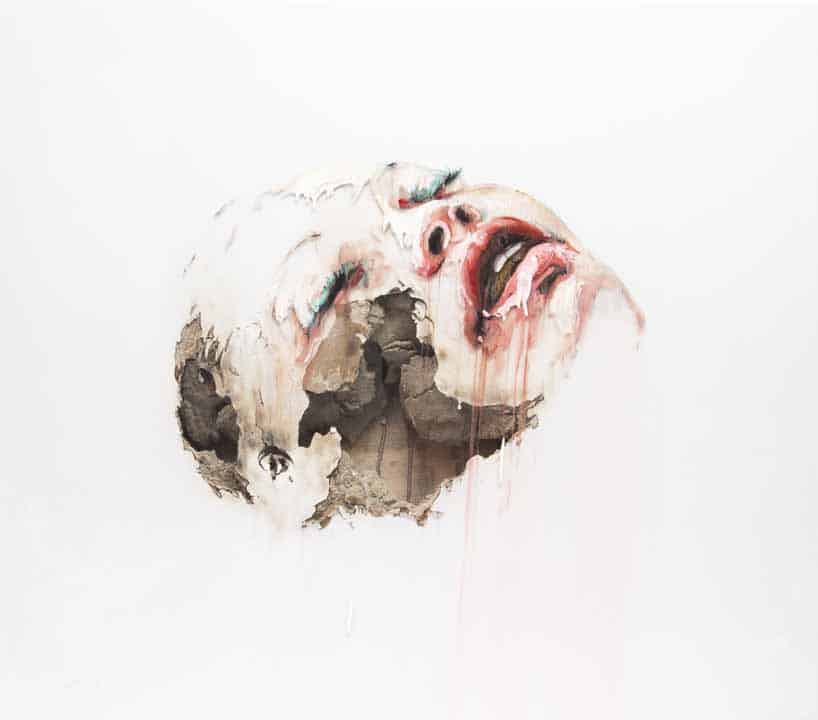 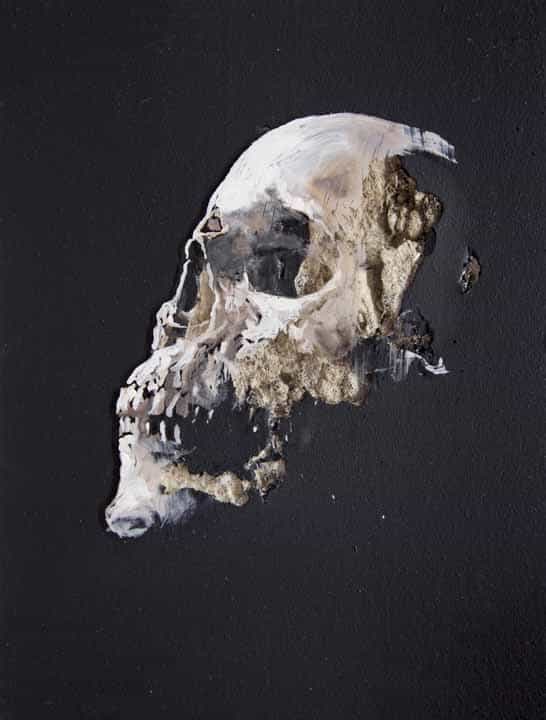 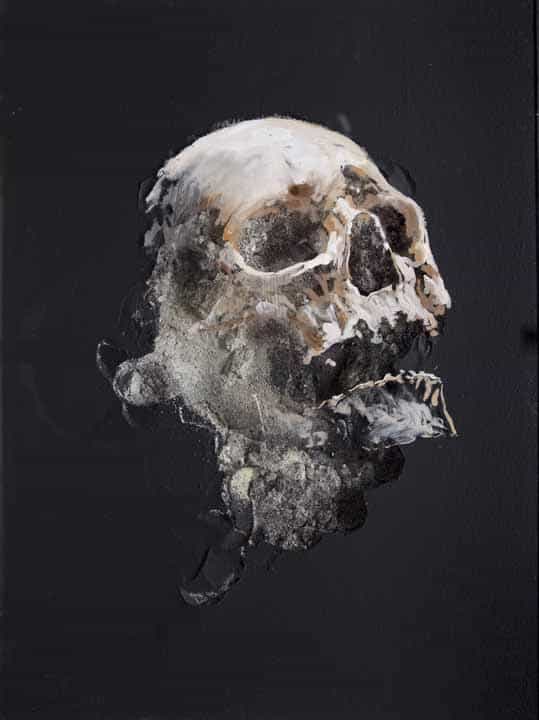 After the thin panel is layered over the drywall, each half having been sufficiently reworked, the processes add to each other, better representing the unique identity society itself takes on after enduring unwavering abuse. A painted skull becomes physically fractured; a painted rabid dog becomes literally damaged and unstable, only contributing to the existing lack of balance.

Juan Miguel Palacios is a Spanish born artist who was raised in a matriarchal household in Madrid. From a very young age, Palacios was encouraged by his mother and grandmother to pursue his obvious interest in painting. As a preteen, Palacios found himself in the studio of renowned Spanish painter Amadeo Roca Gisbert (a disciple of Joaquin Sorolla) and studied under him for many years. After receiving his college degree, Palacios founded the Laocoonte Art School of Madrid where he spent time teaching and focused on the development of his art career. In 2013 Palacios moved to New York City aiming to explore new ways of communicating other than through painting alone. This has led to the development of Palacio’s current body of work.