Americans across the country know very well what it’s like to be outmatched and put down by the forces of nature. Man’s conquest of nature has forever been at the core of the ways of men. Epic weather disasters, like our recent acquaintance Sandy, are now frequently occurring realities in our lives, whether we like it or not. In an attempt to grasp the affect of these natural disasters, many people look for cultural relief for these things that we cannot control.

Artist John Brosio follows such a path with his tornado paintings. His work has an impressionist quality to it because of the short brush strokes and the contrasts in color. Beyond the artistic qualities of his work, Brosio’s tornado paintings have a surprising sense of calm about them–the calm before the storm, if you will. 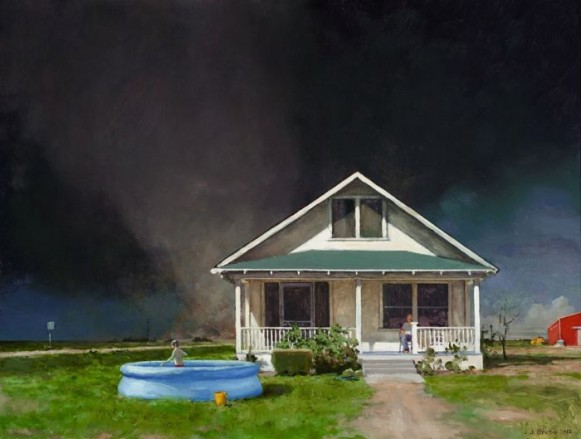 In many of the paintings featured on his website, the tornado takes a backseat to the countryside imagery that stands in the path of the storm. In a way, it’s like the artist is taking one final moment to observe and reflect on a particular setting before it is destroyed. The moment of reflection captured in these paintings is similar to seeing someone for the last time when you know it is the last time you will see them. It is a moment of recognition, a moment of appreciation, of sadness, and acceptance. Looking at Brosio’s work, you can see how these sentiments just pour out of his paintings. Please check out his website to see for yourself. 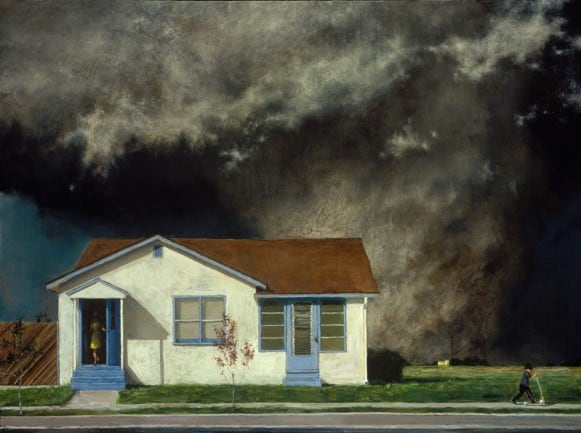 “After School”. (Courtesy of John Brosio.) 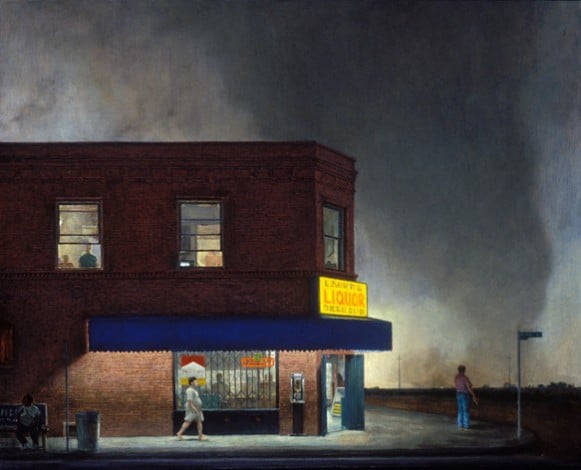 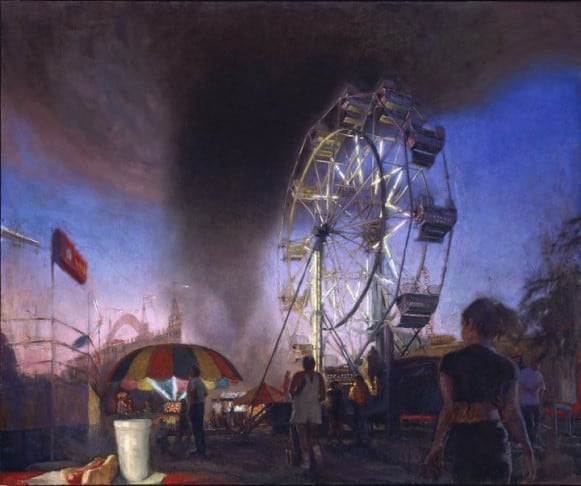 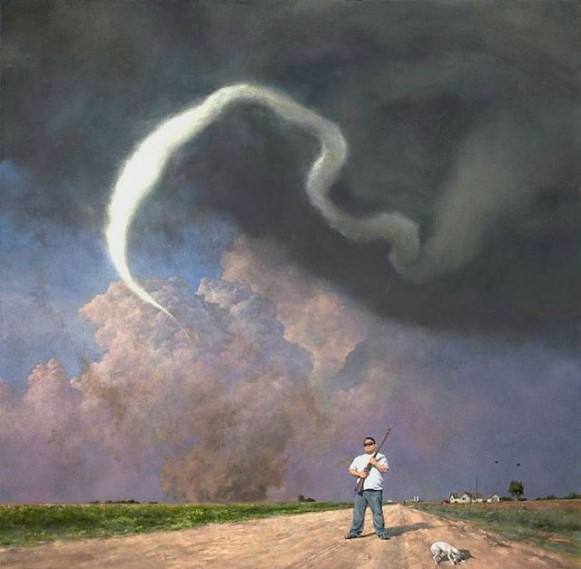