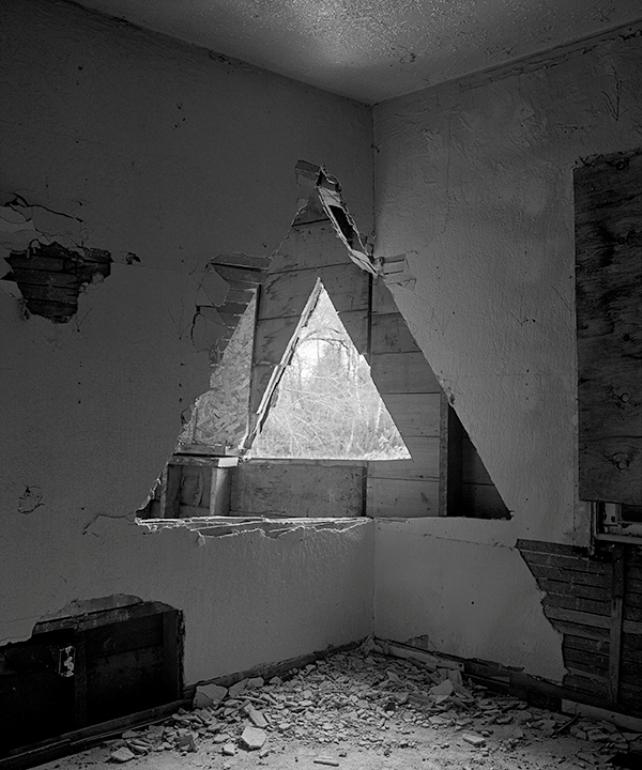 Fresh off of his third solo show, James Nizam, who we featured for his dazzling light sculptures, shows some versatility with Two Triangles, 2013 and Four Circles, 2013. Taking a more physical approach, Nizam gives you X-Ray vision by cutting geometric shapes into abandoned houses. Two Triangles (featured above) is perhaps the most impactful piece, the shapes provide a portal like effect–you almost feel transported to another realm. 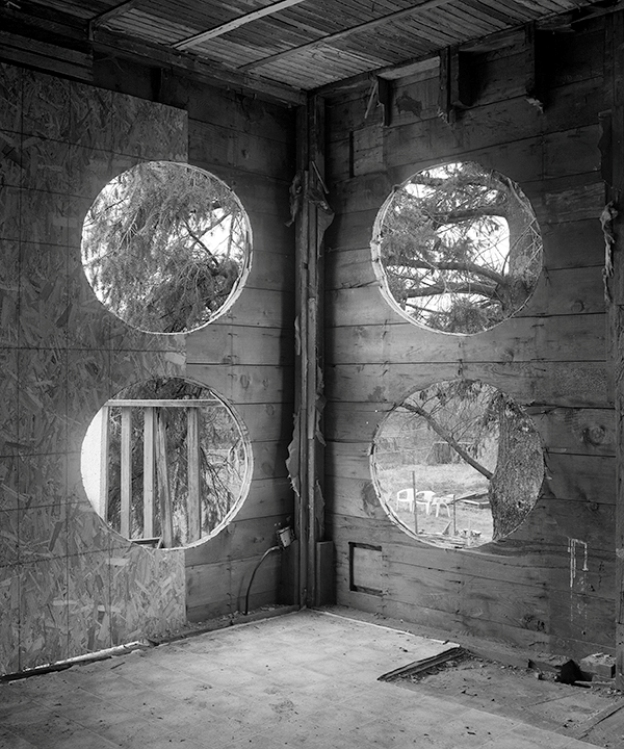