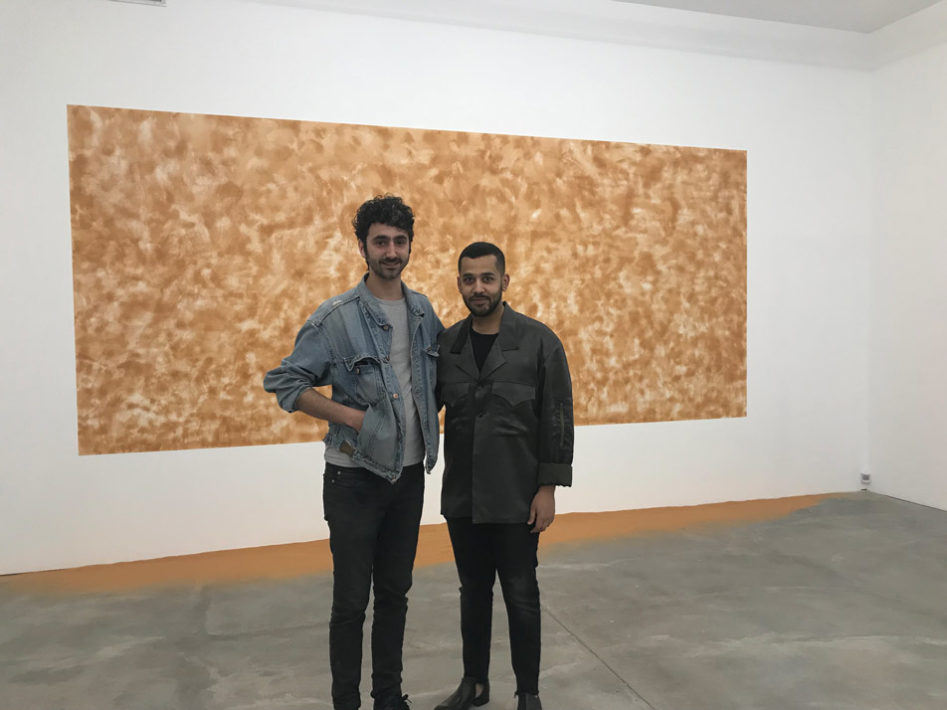 New York—Exhibition 3 opened last evening at the Institute of Arab and Islamic Art down on Howard street. Exhibition 3 is the title of the show featuring works by a young, 27-year-old, Brussels and Tunis based artist, Alex Ayed. Yet the title has absolutely nothing to do with the artist —or his work.  At first glance, we thought maybe Mr. Ayed was the Arab world’s Matthew Barney and this an exemplification of his version of a Cremaster Cycle. But no, oddly, it was simply the third exhibition presented at the relatively new cultural center run by the Qatari national, Sheikh Mohammed Rashid Al-Thani. But here’s the funny part: it kinda works.

Exhibition 3 fits as appropriate pretext for a show more aligned to a poet’s reading of the world than, say, an artist’s rendering of it (It’s also a refreshing respite from many the pompous-ass titles that come with many-a-show these days, especially from the Damien Hirst camp).  As the Paris-based curator, Myriam Ben Salah clearly states in the show’s Press Release: “Alex plays with objects the way poets play with words: through associations, he creates mental images and each assemblage could be the substantial equivalent of a haiku.” 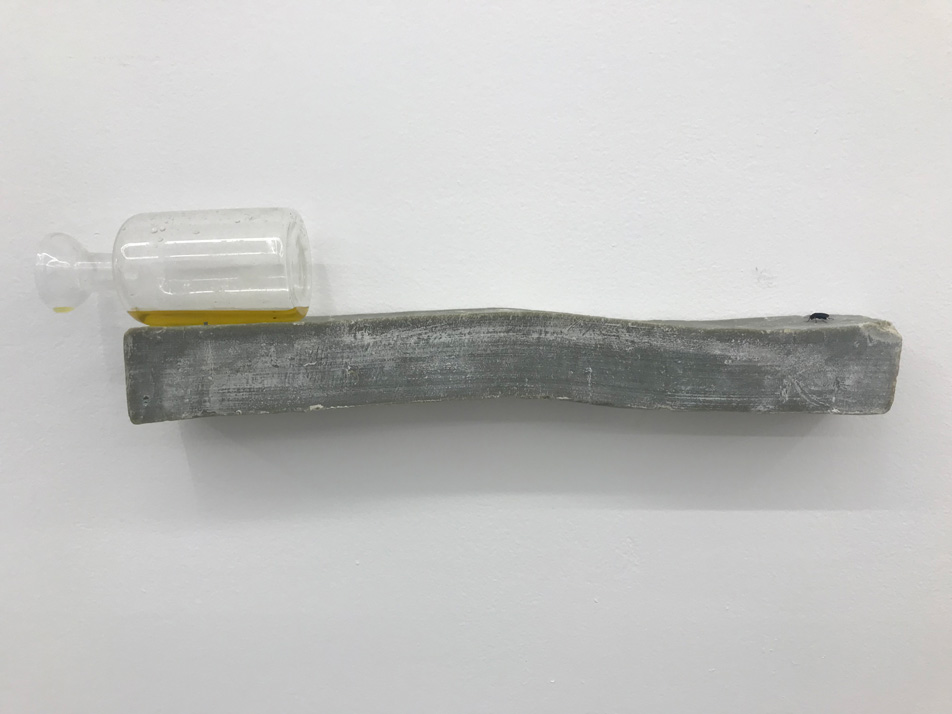 Alex Ayed’s mixed media work include olive oil and bugs, in this case a dead fly. 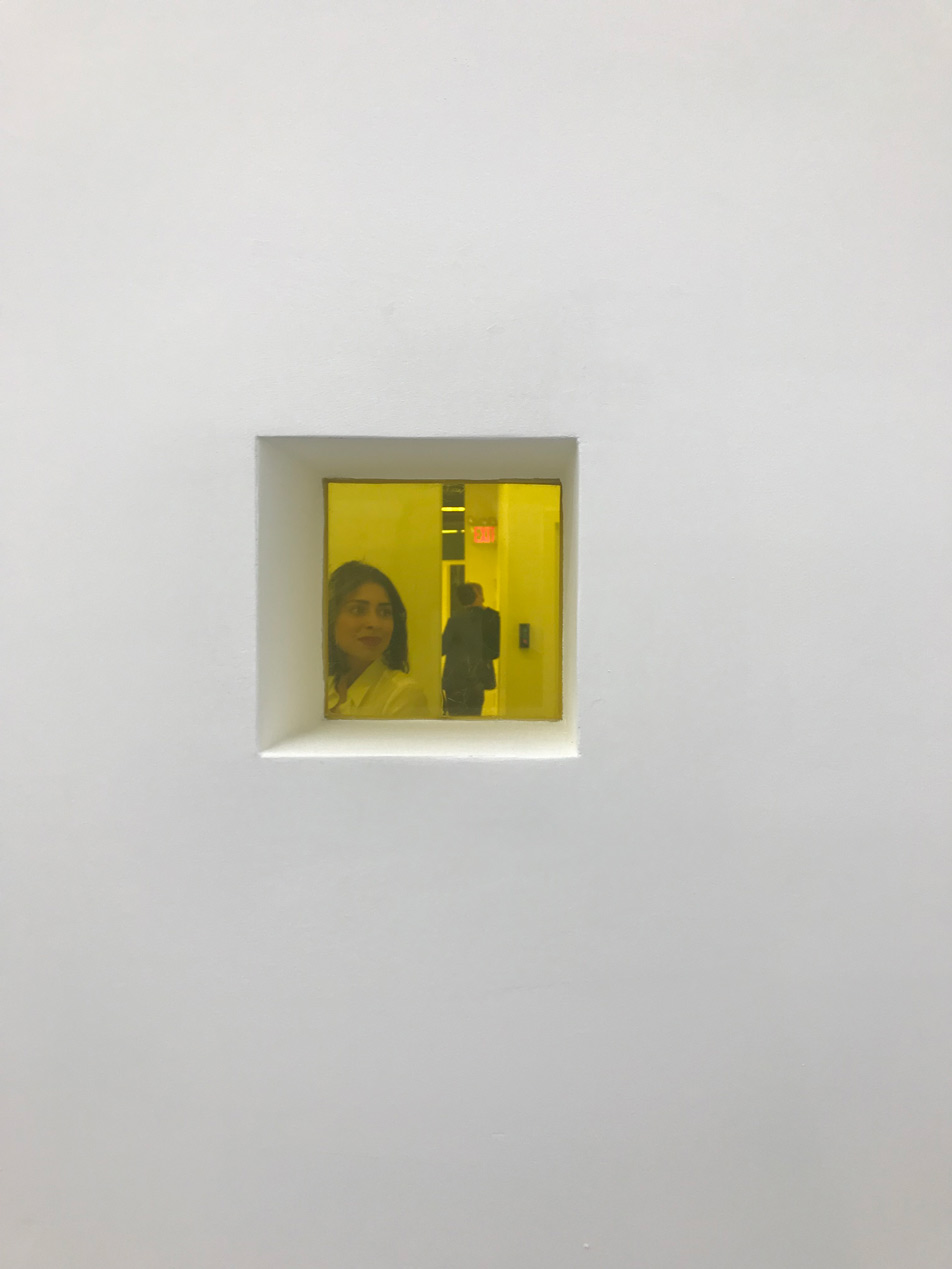 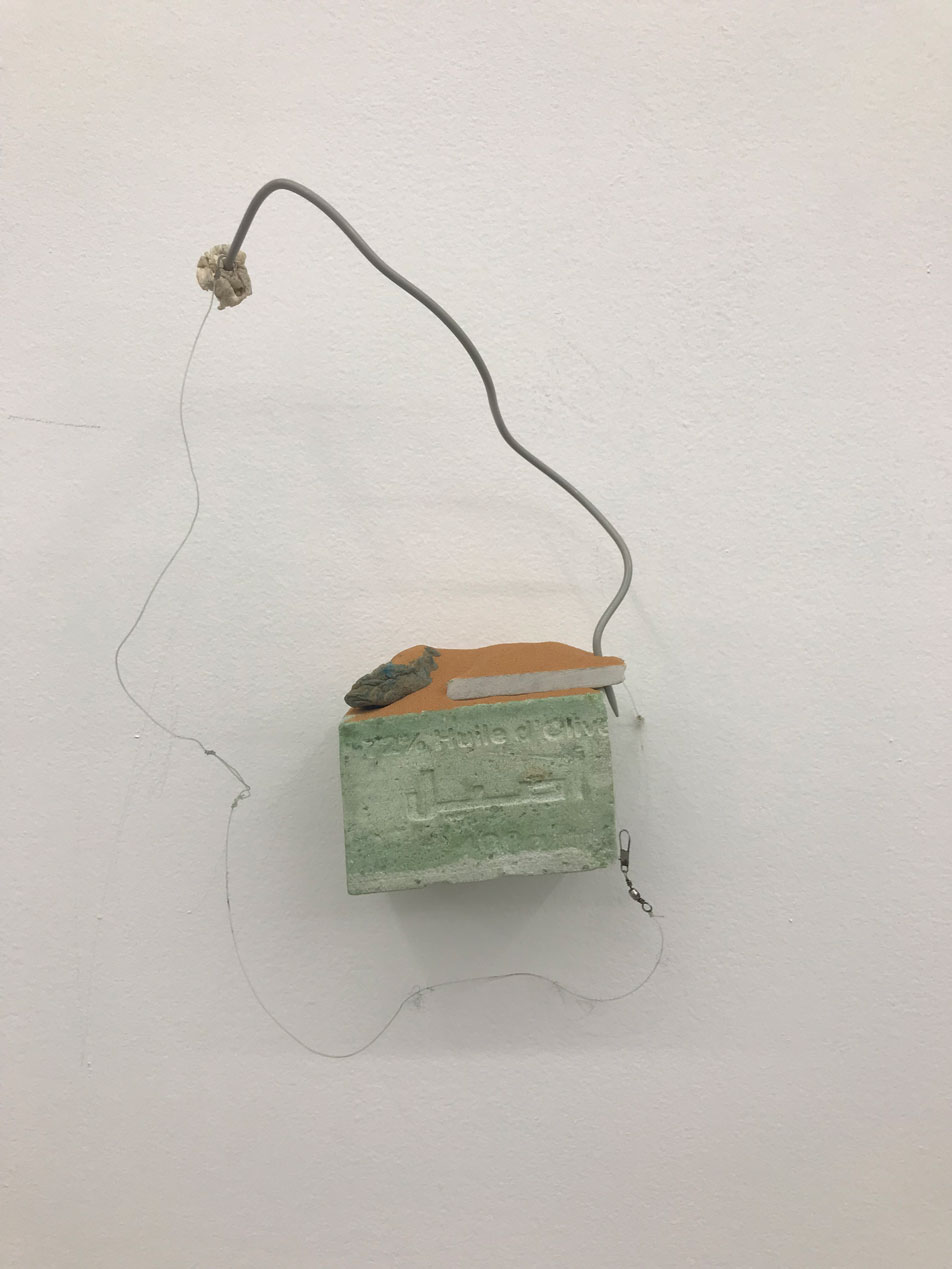 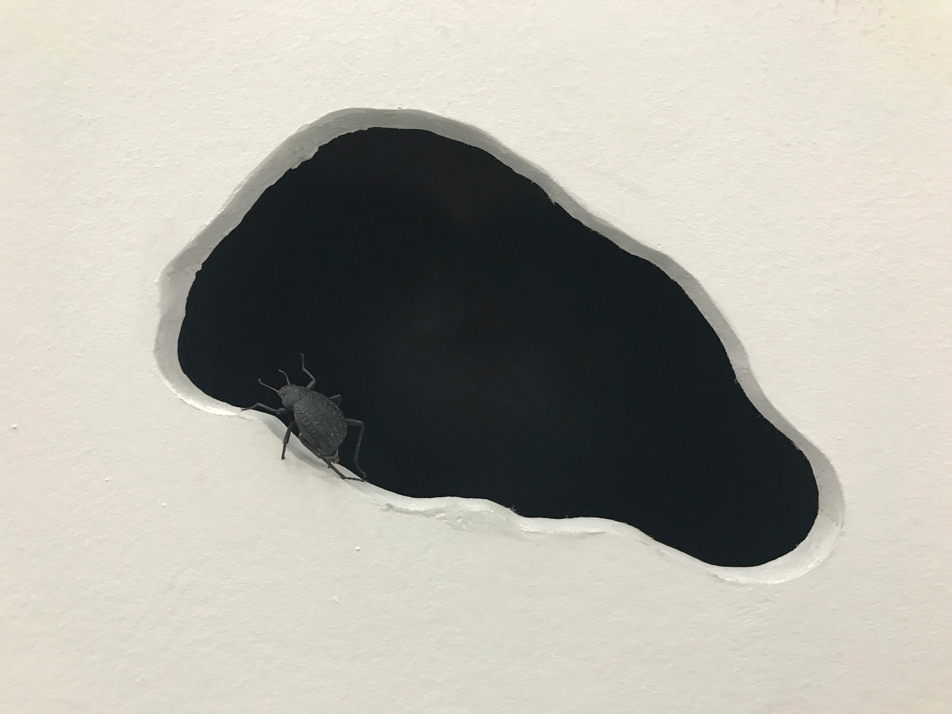 Mr. Ayed looks past the four parameters of the white cube to see space—to incorporate space—as part his ensemble; place, therefore, becomes integral to message, and the arrangement of space acts as the final compositional notes or adjustments to his assemblages: small sculptures that embody ideas, and personal narratives, firmly rooted in tradition and origin: sand from the Saharra, olive oil from ancient, ancestral lands, voices from home and recorded (secretly) during Ramadan; even a dead fly, beetle or skeletal remains of a racoon’s penis for proper, musical intonation and added, from this writer’s perspective, for poetic, and complete, artistic harmony. Maybe the Matthew Barney comparison is justifiable after all?