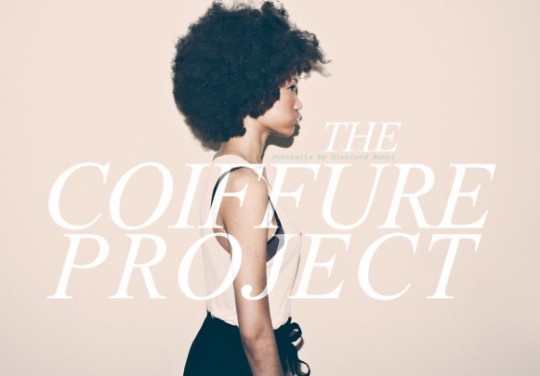 Glenford Nunez is an artist with a purpose. It’s a cliche statement but when you hear Nunez speak about his craft, you know that he isn’t just merely creating with whimsy.

“The Coiffure Project was never meant to be a Black thing… it was all about the hair.”

The Coiffure Project, a series by Nunez that shines a modest spotlight on the beauty of natural hair, has been receiving more than a fair share of publicity these days. Making appearances on a number of great online publications such as the Huffington Post, many are thrilled to see such a conscious body of work getting its moment in the sun. 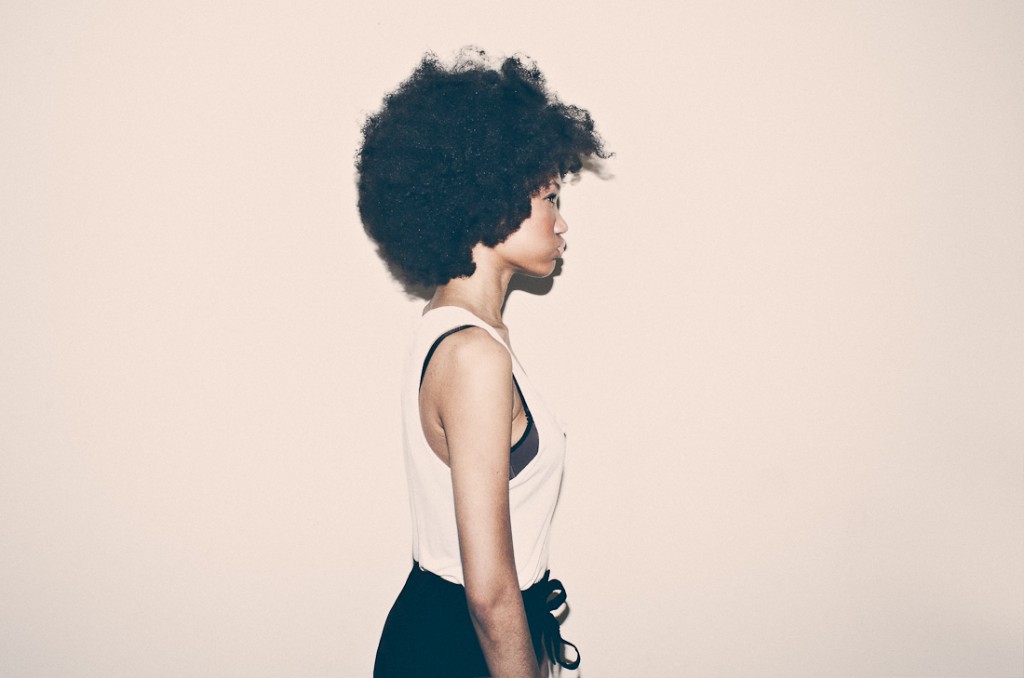 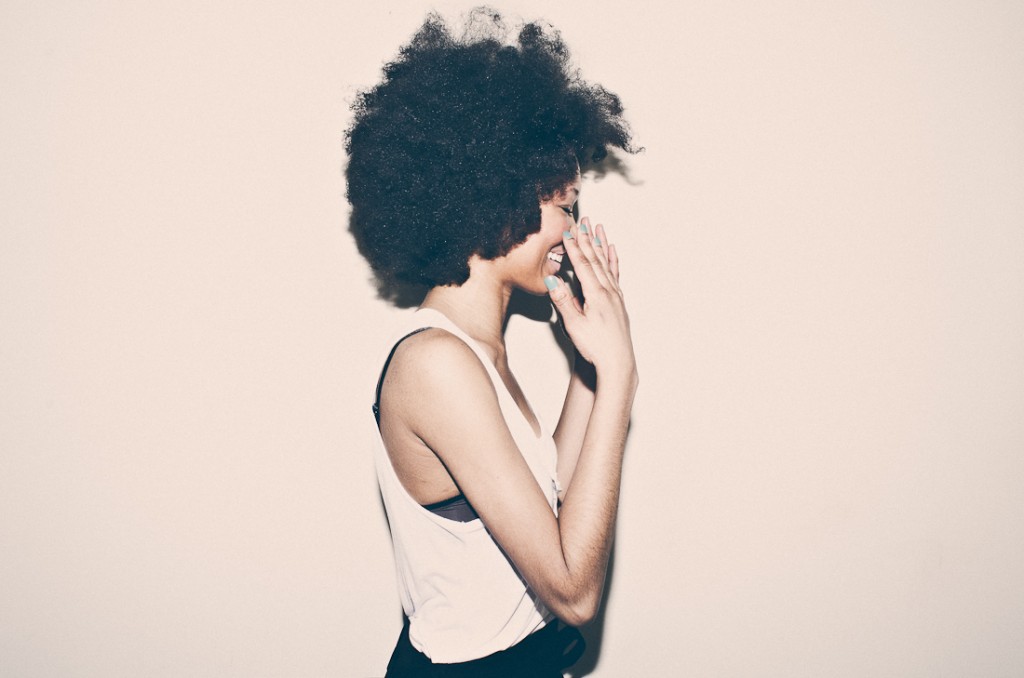 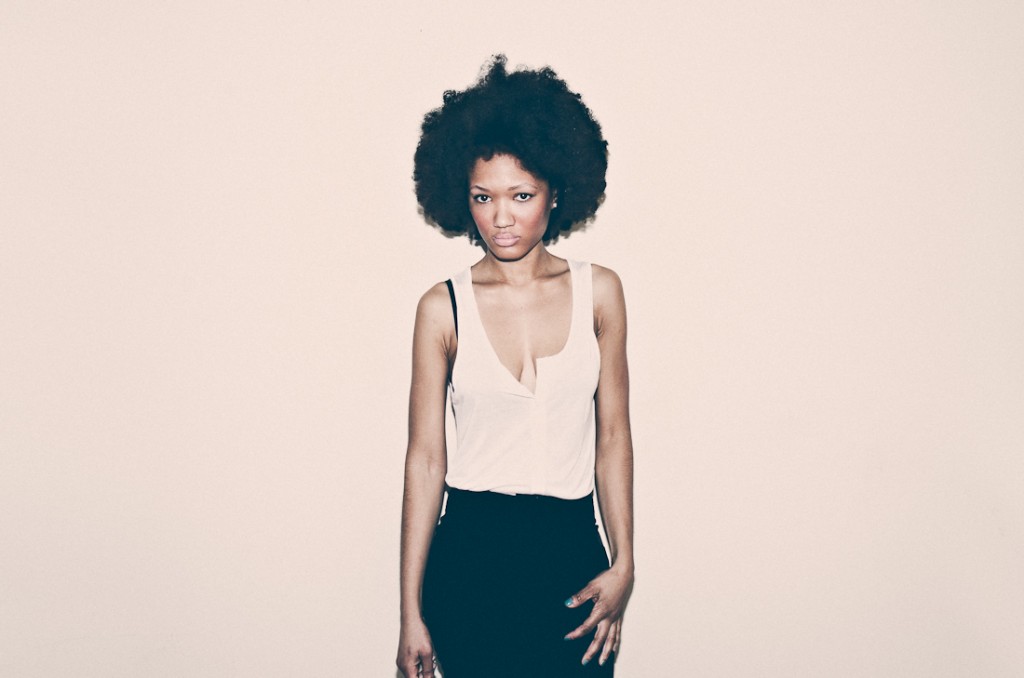 Also enjoying that sunshine is the 25 year old Nunez who is greatly appreciative of the accolades. Quiet Lunch caught up with Nunez and had a few words with the native Bronxite turned Maryland maven about The Coiffure Project and other related subjects. 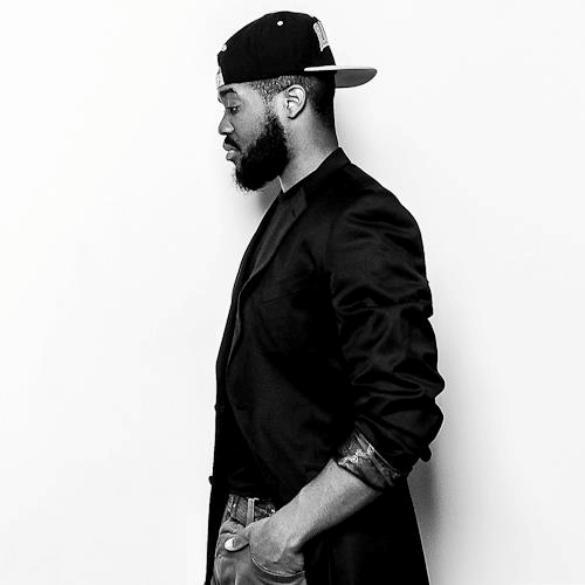 It was 10 a.m. on a Wednesday — 10:01 to be exact — Nunez, the son of a Jamaican mother and Belizean father, sounded as if he hadn’t utter a word that morning but quickly shook off the cobwebs and greeted us with a verbal smile.

We jumped right into the fray, we truly didn’t want to waste any time in getting to the heart of the discussion; especially when it involves one of the most pivotal photo projects of our young century. 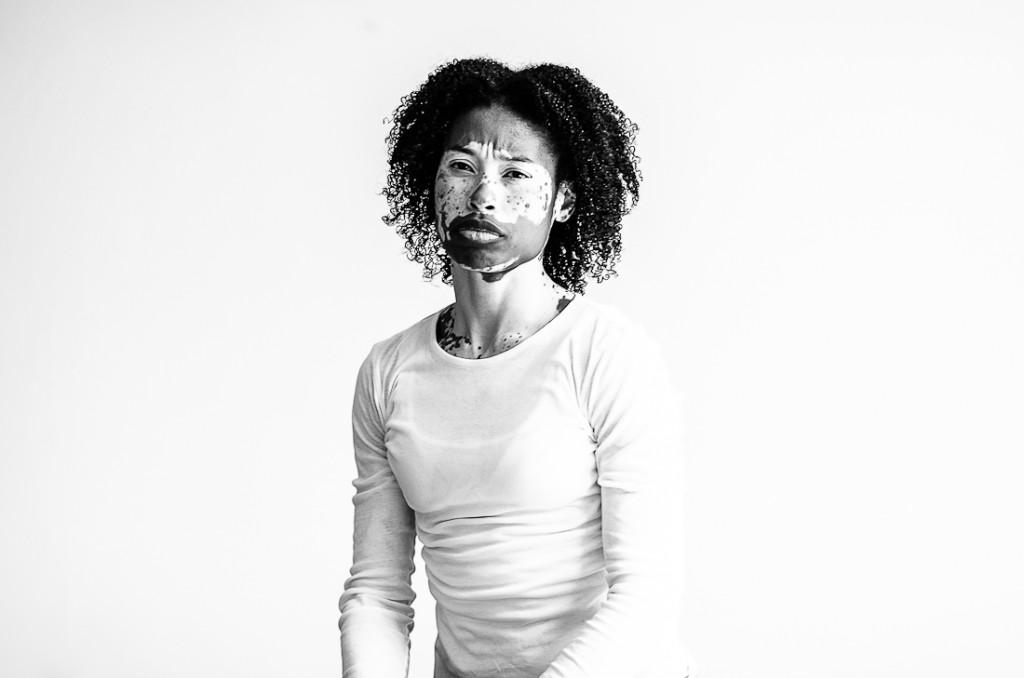 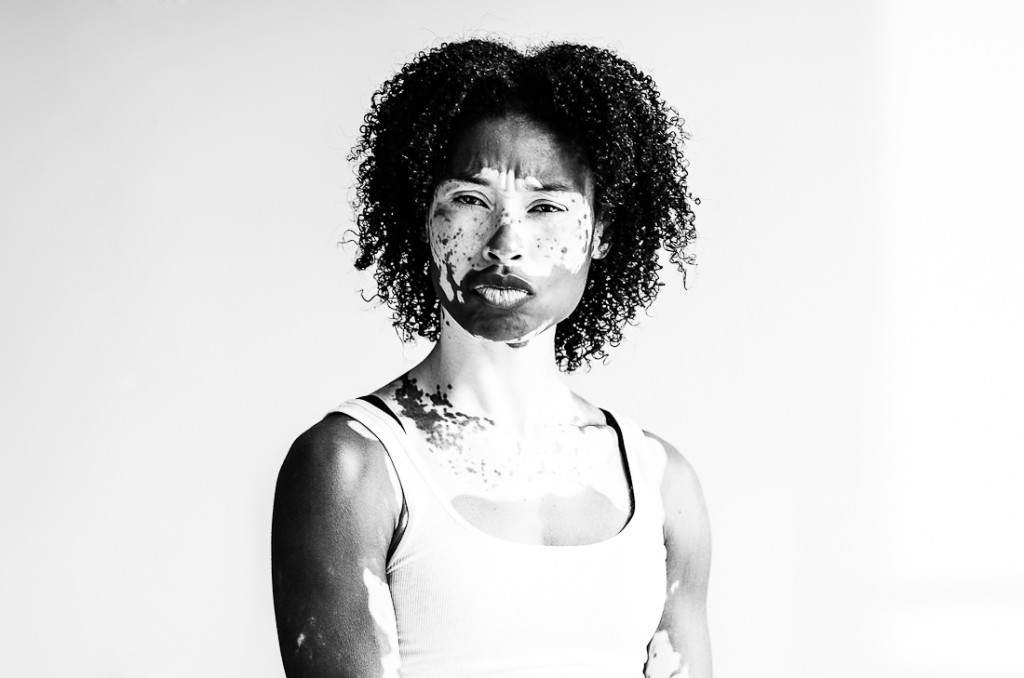 At what moment did you decide that The Coiffure Project needed to be more than just “simple cell phone portraits”? 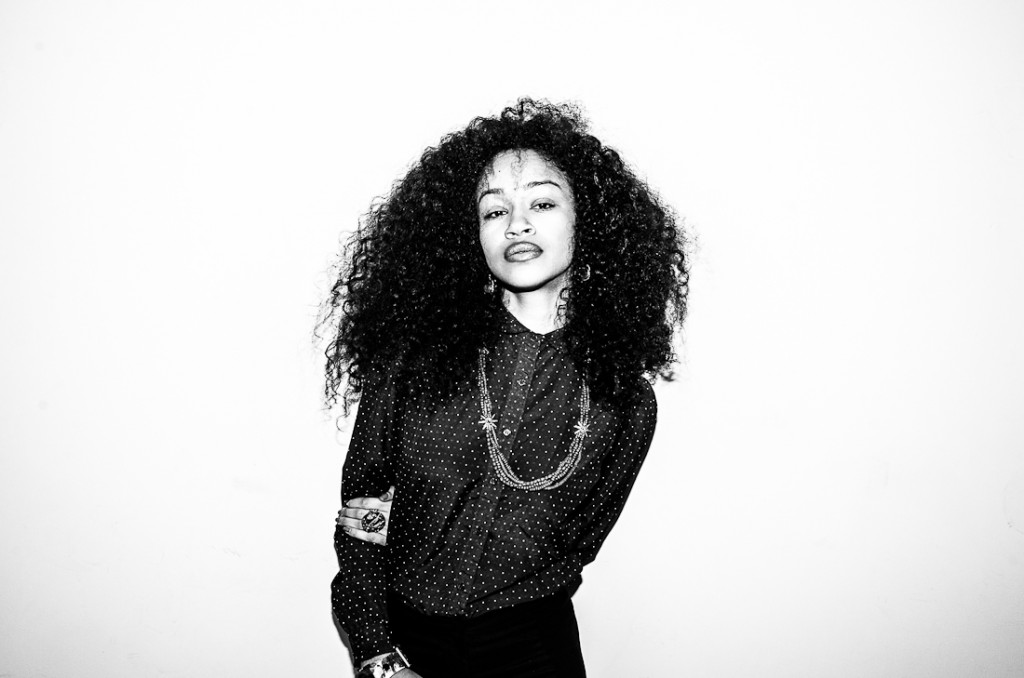 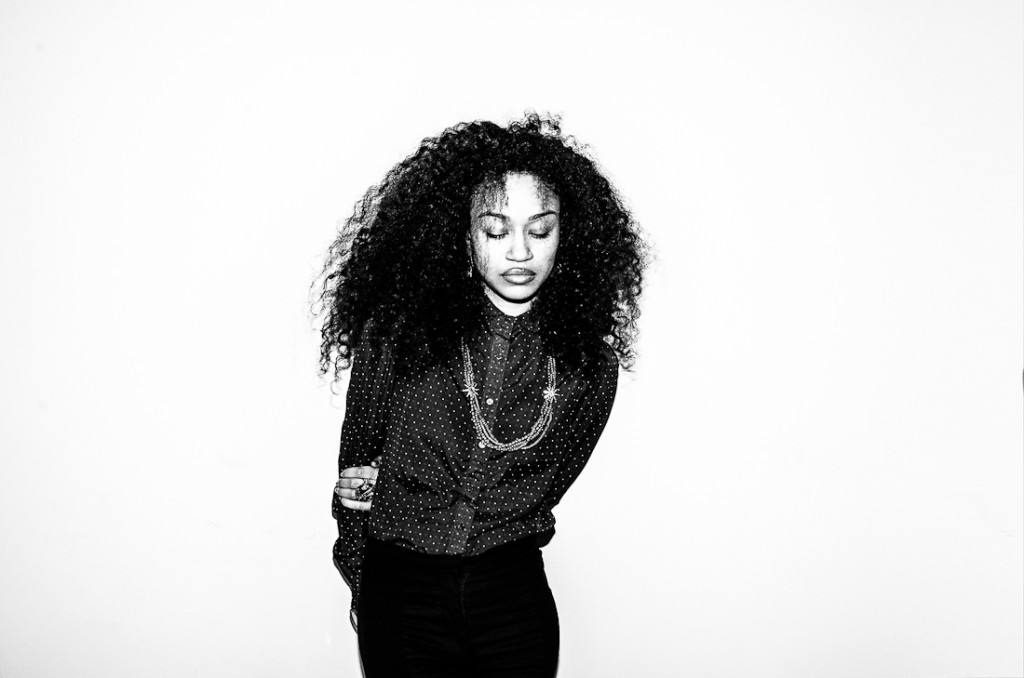 Nunez started the project in February and, once it was grown enough to stand on its own two stems, began shopping it around to different blogs and publications — they wanted no part of it.

Can you believe it? This project could have been introduced to the masses light years ago but was delayed by initial numskullery. But past is past, Nunez is all about the present and future. He harbors no ill will against the naysayers but the early rejection was a learning experience.

“The internet used to be a free place. It was like the Wild West. You could display your work to the world. But now I realized that there are gatekeepers that control what the public has access to. Look at The Coiffure Project, it didn’t get any major recognition until is was featured in the Huffington Post. That definitely taught me something.”

Nunez has a point — a valid one — but now that the gatekeepers have opened the floodgates, what now? Many who are new to his work are crowning him as the savior of black photography; the new messiah of Afrocentric picture taking. Upon reviewing the rest of his works, we found that Nunez is anything but an Afrocentric photographer.

You claim that there is no particular message but the project naturally seems to fall into a vein of cultural empowerment and heritage promotion. Do you feel the success of The Coiffure Project may pigeonhole you as an Afrocentric photographer in the eyes of those who aren’t familiar with your entire body of work?

“I can’t say that it will because [laughs] no one actually knows me — no one knows who I am. But I certainly hope not. I mean, I’ve gotten labeled before, ‘Oh, he’s a fashion photographer; he’s a this, he’s a that…

The Coiffure Project was never meant to be a black thing… it was all about the hair.

I had a Jewish girl– a blogger — write about the project and it was honestly the most interesting and heartfelt thing I’ve read about the project. She spoke about her troubles and struggles with her natural hair. All the pain she’s went through trying to straighten her naturally tight curls because that was what society saw as fit.

I believe that art is up for interpretation. This project is for everyone; black, white, hispanic… but I noticed people started interpreting it as a black oriented movement and I just decided that the audience will make of it what they make of it.

But I didn’t just shoot these women for their. It was also about their personalities.” 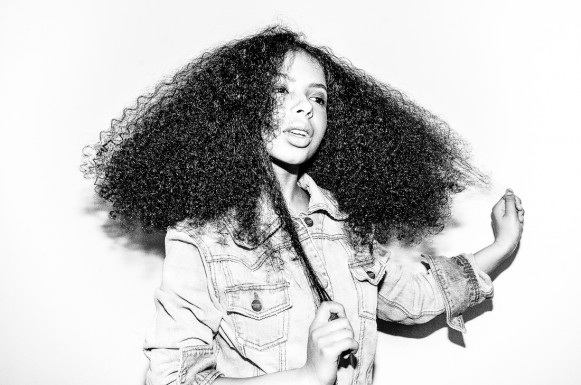 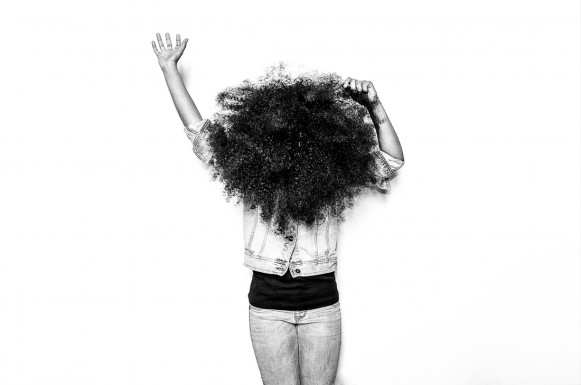 In fact, Nunez — who got his first camera only two years ago — doesn’t want to be classified and/or pigeonholed as a photographer period. The public tends to rely heavily on labels. The first impression is often the lasting impression. When we referred to him as an artist — a term that indicates that there is a broader scope to his talents — he lit up and complimented the fact that we addressed him as such.

“You know what? I’m glad you said ‘artist’ because photography is just the medium that I’m into now. I remember when I had to beg people to let me take a picture of them. Now, everyone wants their picture taken.

I mean, I can decide to pick up a paint brush or some charcoal one day. Who knows if I’ll be any good… [Laughs]

It’s really all about expression.”

Nonetheless, he’s proud of The Coiffure Project and he is highly interested in exploring his photography and taking it to newer heights.

His studio, TYP Photography, is taking on a great feat. Located “south of New York and west of France”, the talented collective of hair stylists, makeup artists, and fashion stylists are focused primarily on bringing the world of high fashion to Baltimore. 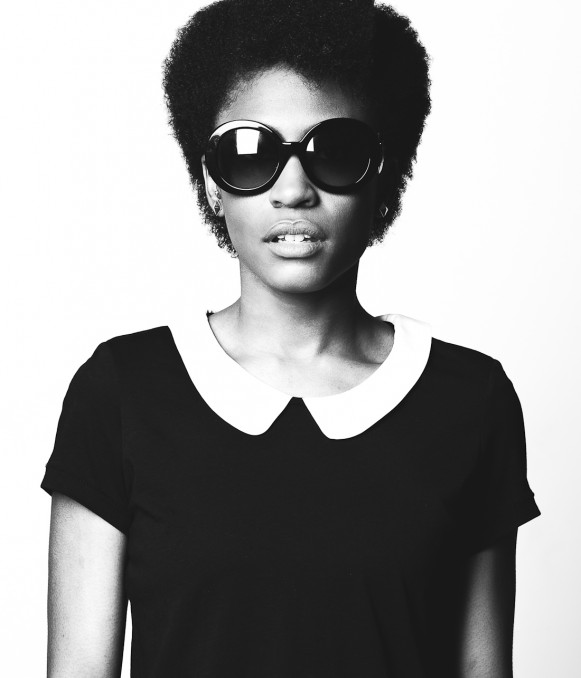 When it comes to fashion, Baltimore is a forgotten child. No one cares or pays attention to the region, but Nunez is on a quest to change all that. Although he left Gotham at the tender age of three, Nunez’s ambitious inner New Yorker is whispering loudly in his ear; and it’s telling him to change the face of Baltimore.

That change could very well be sparked by The Coiffure Project. 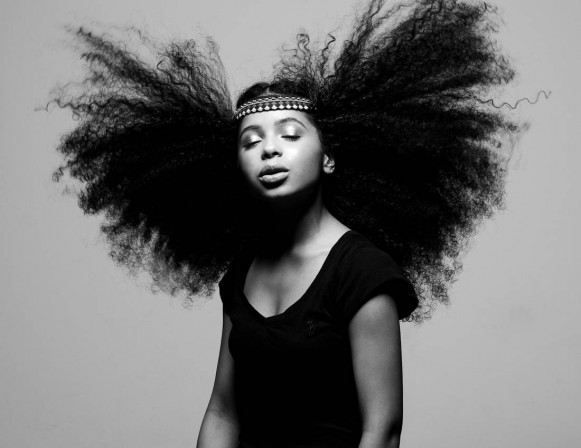 Aside from change, the project has also sparked at bit of distaste. See, not everyone is satisfied with Nunez and his glorification of natural hair. Naturally so; you can’t please everyone.

On Those Who May Be a Bit Dissatisfied:

People automatically associate darker skin with being more African. There are people of all different shades in Africa. Being blacker than black doesn’t mean you’re any closer to being African.

They also say, ‘You need more ‘natural’ hair in your project. Those girls are only between 3C and 4b hair type!’

He also mentioned that while women have had their complaints about the lack of coarseness in the series, one of his subjects, Yoko, surely meets the “coarseness requirements”. 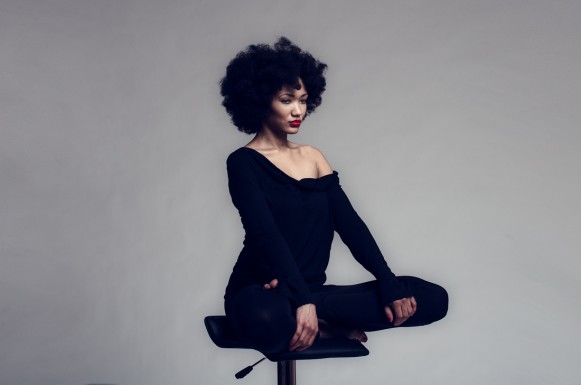 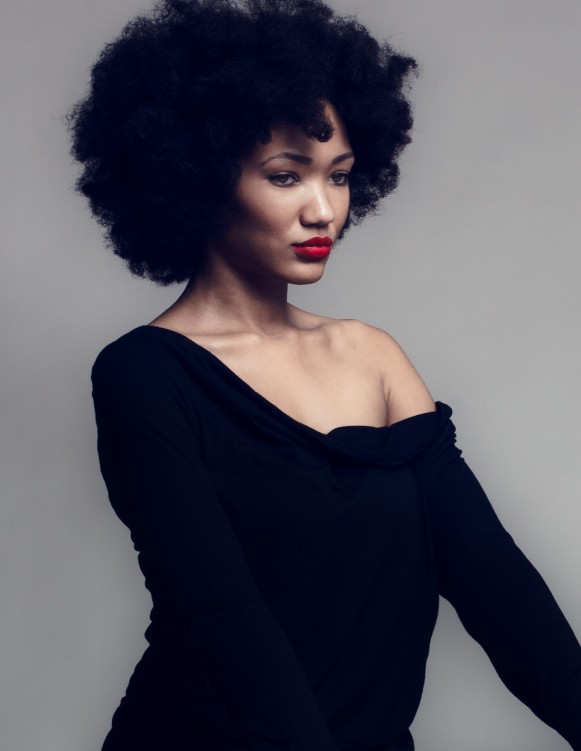 Ah, Yoko. The twinkle in our eye and the most captivating subject to be featured in the project. Also appearing on the flyer, Yoko naturally seems like the centerpiece of the whole function. Her regal bone structure, fiery gaze and full red sapphire drenched lips make her the belle of the ball.

“I met Yoko at Reginald F. Lewis– a gallery for young black artist — I was staring at her the whole night and she thought I was a creep [laughs]… but then I handed her my card… she’s actually a very sweet wonderful person. If you look closely, she also has the tightest core (hair) in the whole series… Her makeup and her hair was all her.

One day while we were shooting we went to get some food at Subway’s and a nice African lady behind the counter– I talk to her all the time — said, ‘Wow, look at your lipstick! It’s so beautiful!’

We ended up buying some of it and bringing it back to her. She was very happy… that’s just the type of person [Yoko] is, really sweet. She’s my muse.”

Yoko is only the cherry on top of this splendid creative sundae. The project as a whole has opened up many possibilities for Nunez and the direction in which he wants to take his work. When we joked about a Coiffure Project Vol. 2, Nunez laughed but then confirmed our friendly speculation.

“Well, it’s still ongoing. I actually want to go to Brasil and shoot another series. There is a lot of rich African history in Brazil.

There were actually a higher concentration of black slaves there than here in the States. So they have a very strong connection with Africa. I would be interested in highlighting the different mixtures of skin tones and hair textures.

So you heard it here FIRST on Quiet Lunch. Look out for a Coiffure Project sequel.”