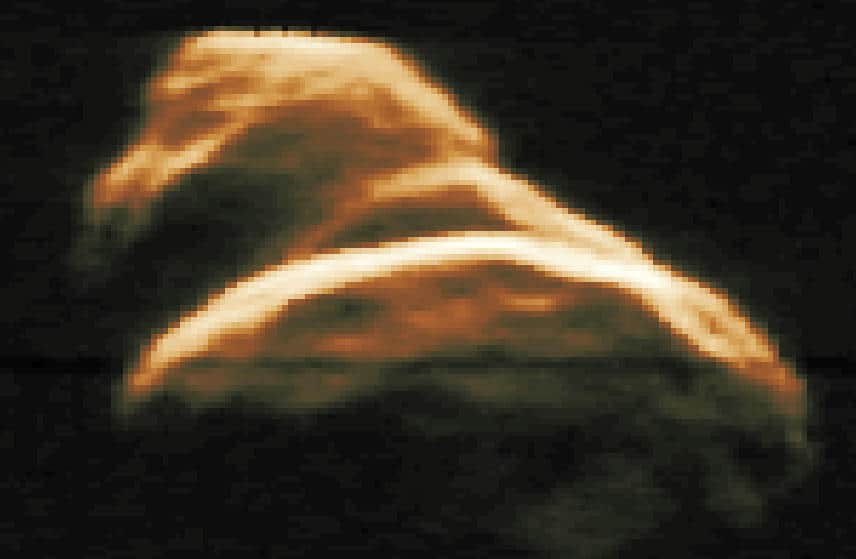 The nerd returns with a short, low-res video of a 3-mile-long asteroid caught on tape by NASA passing by the Earth a week ago. The asteroid, Toutatis, was only 4.3 million miles away from us at its closest point. But fret not, dear readers, it will not hit us. Toutatis will make its way around the sun before swinging by our neighborhood again in 2069, when it will be only 1.8 million miles away from the Earth. A little too close for comfort for some, but it won’t hit us then either. In fact, NASA assures us that for the next 4 centuries, the possibility of it hitting us is zero. After that the math gets a little fuzzy, and scientists are wise to not proclaim what they cannot prove.

If this asteroid were to hit the Earth though, or one similar in size to Toutatis — well — ask the dinosaurs how that turned out for them. Luckily for us, NASA maintains an entire program called, Near Earth Object (NEO), that is dedicated to watching the sky, tracking potential threats, and basically covering everyone’s ass… just in case. If you want to know the next time we’ll have a close encounter of the potential extinction kind, then check out their site, where you’ll find hordes of information and charts. Until the next cosmic event, so long and thanks for all the fish.