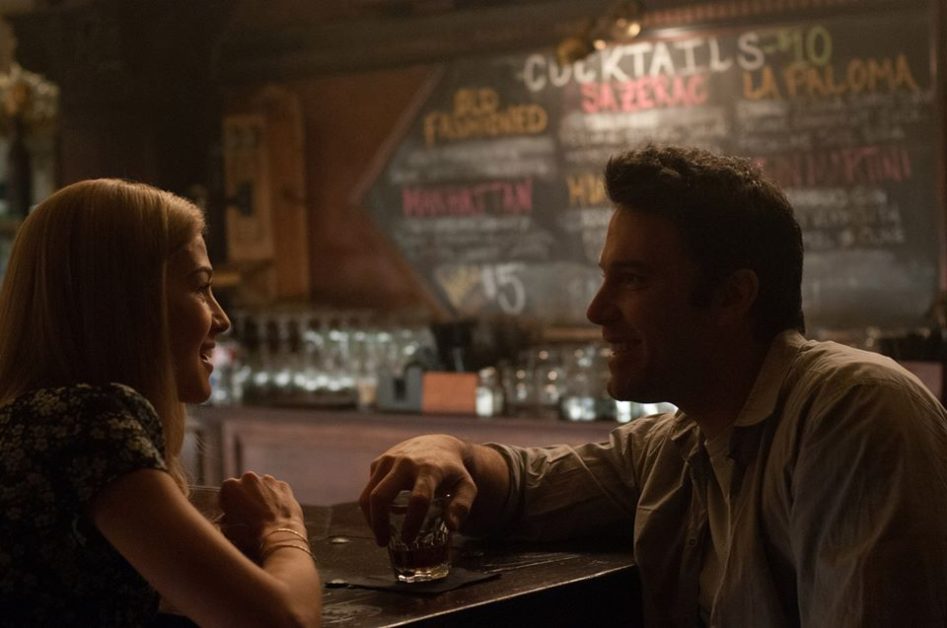 “Do you often find the simplest explanation is often the correct one?”

“Actually, I’ve never found that to be true.”

David Fincher’s latest film Gone Girl is full of surprise twists and sensational turns as it unravels the mysterious disappearance of Amy Dunne (Rosamund Pike) and the investigation that follows. Amy’s husband Nick (Ben Affleck) quickly becomes the prime suspect as he casually dangles in between the role of a concerned husband and a violent misogynist with dark secrets to tell. However, what first appears as a thrilling crime drama soon escalates into an equally thrilling farce filled with shocking revelations and bizarre events that flip the film’s familiar story on it’s head.

In less capable hands, author Gillian Flynn’s material might make a compelling Lifetime movie of the week, but under Fincher’s direction the film transcends it’s most outrageous elements by taking an ironic approach. As the details of the case are revealed, every major news network jumps in to cover the story, often subverting the facts to recreate a compelling narrative for millions of viewers. The film indulges in so many guilty pleasures including those subtle laps in logic and melodramatic moments mirroring the drama of celebrity culture and the media that delivers it. And it’s nearly impossible to resist. By the end, the film spoon-feeds the viewer exactly what it seems to criticize and thrillingly gets away with it. 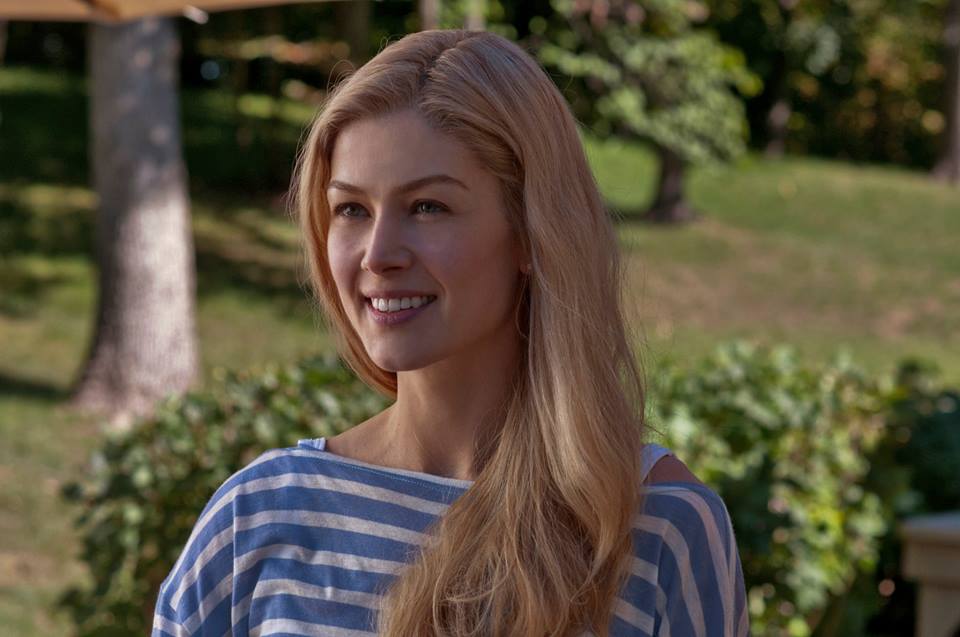 Fincher embraces the absurd by delivering a captivating series of clues and ongoing suspicions. His style and grace light up the screen with an exceptional pool of talent. Matched with Gillian Flynn’s adaptation of her own book, Fincher keeps the film refreshingly alive as new chapters in the story dramatically shift the audience’s point of view, picking up characters and timelines and dropping them off with precision and ease. Editor Kirk Baxter flawlessly paces the film at a lightening speed, making the film’s hefty 149-minute runtime nearly evaporate. Cinematographer Jeff Cronenweth brings Fincher’s icy vision to life with haunting muted frames filled with dark blues and pale yellows. Production designer Donald Graham Burt beautifully constructs a frighteningly perfect portrait of a quiet Missourian suburb that makes the locations seem purposefully unlived in. Finally, Trent Reznor and Atticus Ross once again compose a masterful score with hypnotic tones and rapid beats that beautifully complement Fincher’s dark wit and polished form. 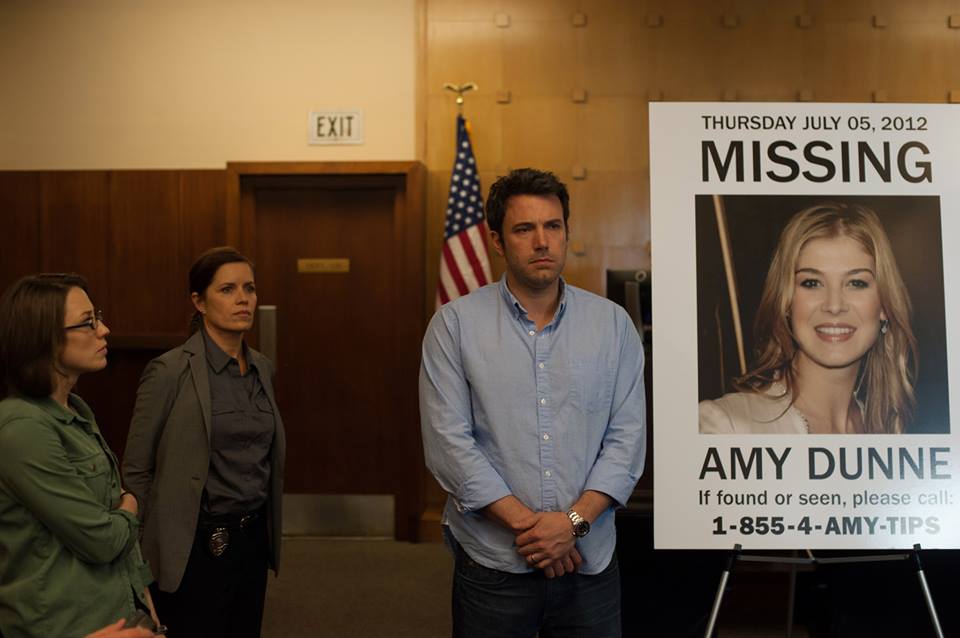 A wealth of seasoned supporting actors deliver the best screen work of their respective careers: Carrie Coon as Nick Dunne’s bratty sister, Tyler Perry as the invincible defense lawyer, Neil Patrick Harris as a creepy ex-boyfriend, Missi Pyle as the obnoxious news anchor, and Kim Dickens as the obsessive lead investigator. However, in the most surprising turn of all, Ben Affleck delivers a brilliant performance as a man incased with guilt and emotionless pain. He beautifully flirts with the audience’s expectations, asking for compassion and simultaneously refusing it. Affleck offers a new kind of performance, one not measured by the familiar stretch of emotions but by precision, patience and tact. In the opposite corner, relative newcomer Rosamund Pike completely disappears into Amy Dunne again, again and again. Flynn’s protagonist may be one of the most mysterious female characters in recent memory and Pike fearlessly devours the challenge. Pike transmits Amy with icy stares and thrilling stunts that continuously elude the audience. Even her most personal thoughts and memories take on a new meaning with each chapter of the story.

After the credits roll, I couldn’t help but wonder if Fincher truly understands Amy himself, a woman playing different versions of herself to everyone she meets. An enigma wrapped in deception, Pike offers a rare look inside a truly original female anti-hero with everything to hide and nothing to loose.