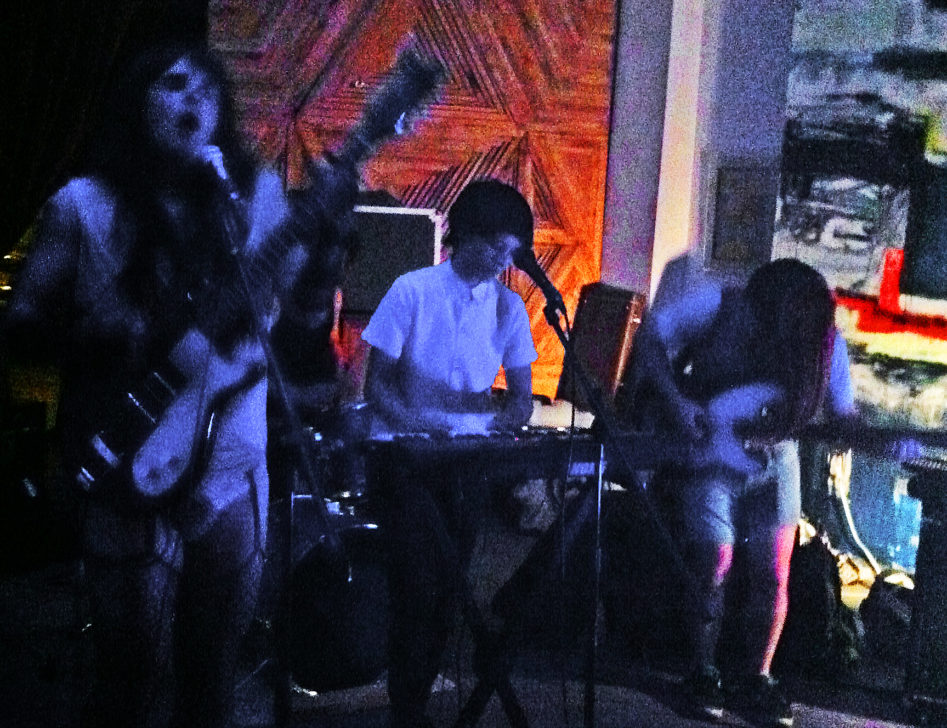 Appropriately for a band called Gender Infinity, lead dude, Redding Hunter, traipsed around in the darkness of The Silent Barn in various states of drag. First came the wigs, then the fishnets, followed by mascara crayoned on thick. The necks of the boys in the room kept craning mistakenly, but it’s alright because it was Hunter’s birthday and he’ll scream, croak, and try to fire his bassist repeatedly if he wants to. 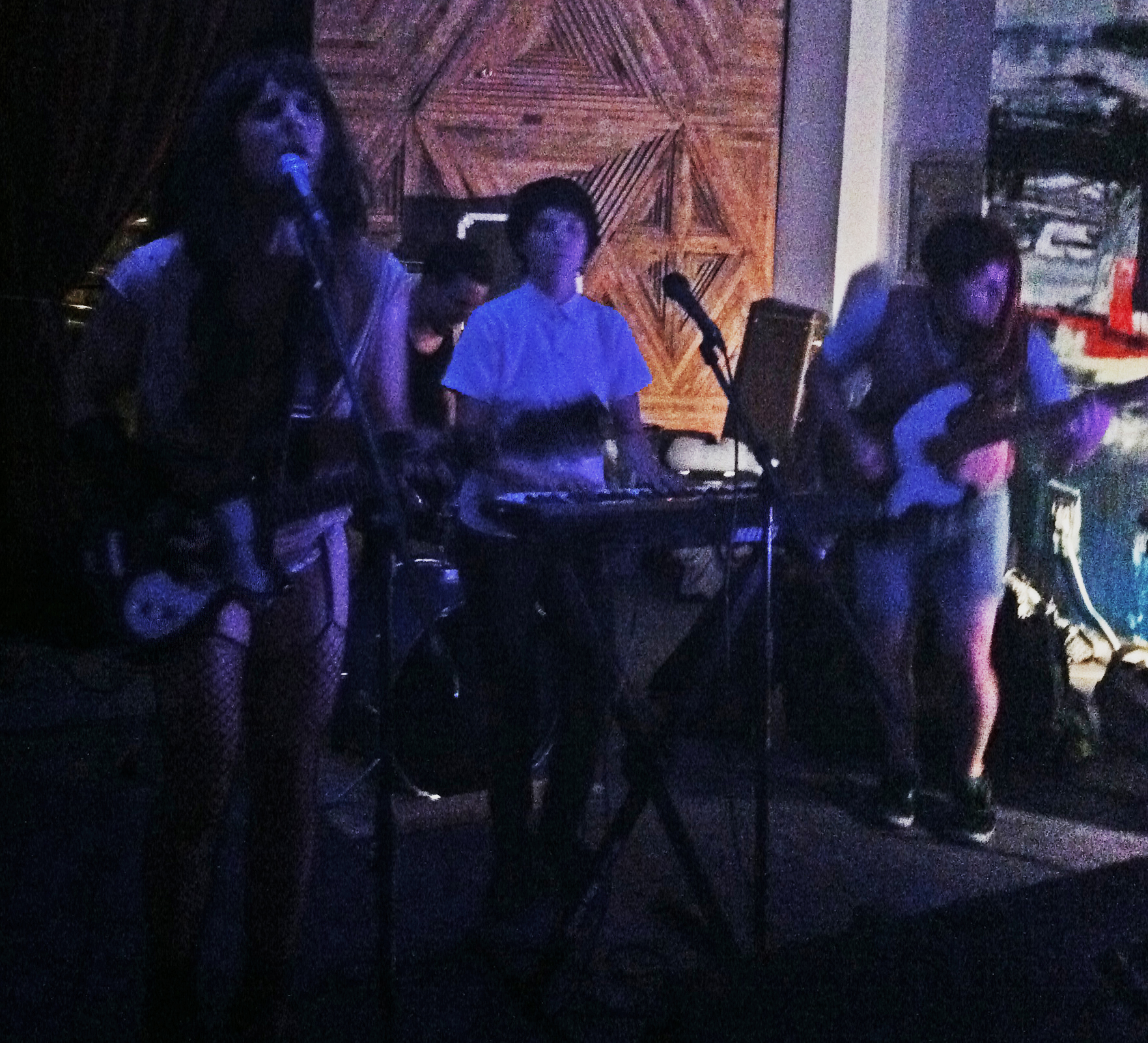 The Silent Barn, which is run by an assortment of creatives who live upstairs, has been active since 2006. The venue has been held at its current space, at 603 Bushwick Avenue in Brooklyn, since January. They welcome all types of artistic excursions, even once holding a kindergarten class for six weeks. Walk through the corrugated metal door into a gravel pit and you’ll see a junkyard of discarded art installations. The giant half skull/half head of a Brooklyn Dodgers player greets you a few steps in the door. Inside is a smattering collage that, under the right circumstances, would have one feeling like a Looney Tune.

Viking Moses have been around since 2003 in alternating forms, with songwriter Brendon Massei always at the helm. Currently a three-piece band, they played powerfully and catatonically. Their walking mudslide blues shook the room. Massei’s voice was thrown in, slipping languidly off the trampling drum and bass. Their most recent release is last year’s The Conquest Night.

The main act, Gender Infinity from Austin, TX, fell into position when they finally took the stage, just minutes before the lead dude’s birthday ended. Sound issues hobbled the first song, “Mr. Popular,” but they soldiered through it matching the disrupted tones with their rickshaw performance. Their sound is straight forward and sweetly marauding, held together by thread. Things at a Gender Infinity show are clearly not meant to be polished, or even well-rehearsed. 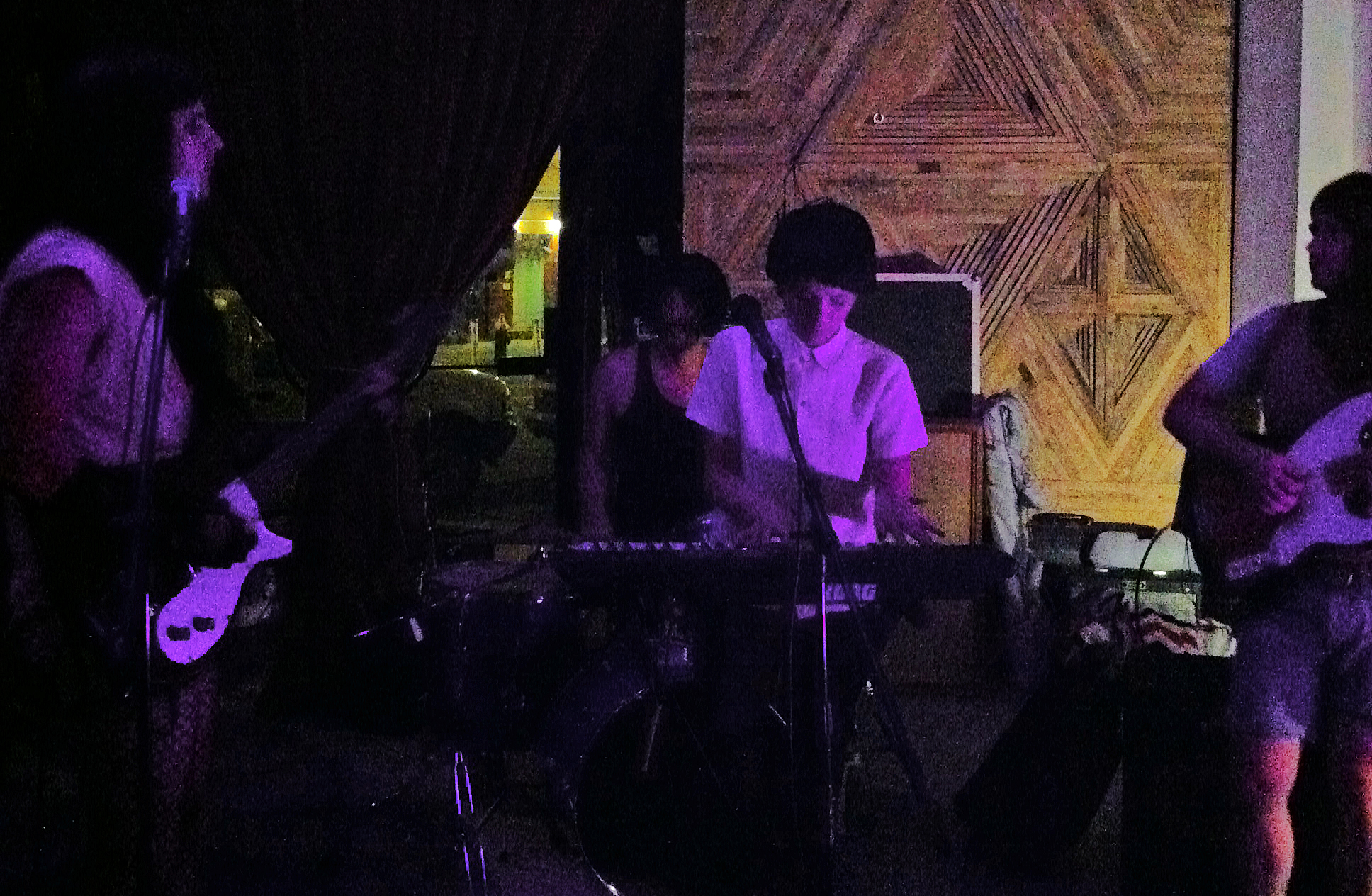 Everyone wore a wig. Hunter went further, with the black fishnets and an intruding dick bulge of confusion, proving first and foremost that a man in drag can rock out with his cock (almost) out. When he performs, he’s barely there, in a stupor of his own faltering will. “I’m going to die tonight,” he slurred into the microphone at one point. His carelessness is a virtue and the rest of the group blended in properly.

Their songs are sloshed, end-of-the-night rock & roll tales, steeped in the scene they’re playing in. Hunter spills a mouthful of words on “Trainwreck Baby,” a humorous insight into the underworld of playing dark rock clubs. “International Calls (Written By Clemens Poole)” is about the gut-stricting discovery of loneliness in the big city, while “I Can’t Make Rent” gives details of the song’s title. They were as grimy as the floor they stomped on and rocked until their mascara ran and their wigs fell off.

Gender Infinity’s 9 Lives EP is available for download at their bandcamp site, or on a disc between two slices of white bread in the back of one of their shows.