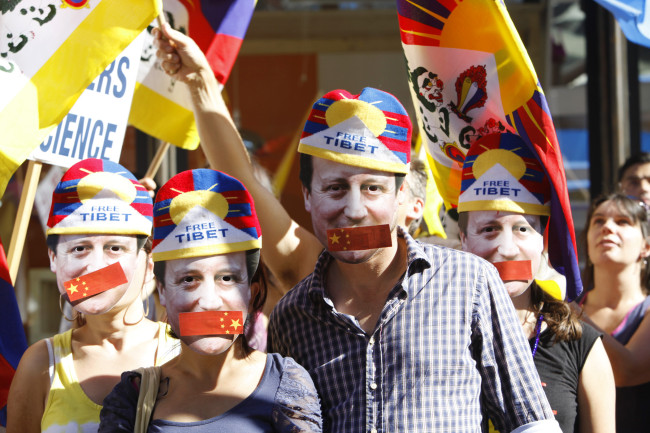 Fuck Tibet. What’s Tibet done for you lately? Thought so.

“Free Tibet” has been a battle cry for activists for more than a decade , and I’m glad someone’s out there voicing that opinion. Activists keep the debate alive, and slowly but surely tend to pull things along in the right direction. But the whole iconic strawberry-fields-kumbaya Tibet myth has got to go.

I’m not defending China’s imperialist aims. No legitimate reading of international law can deny the Tibetan people a nation of their own. But the statute of limitations on this sort of territorial aggression is a few generations at best. And I don’t think anyone in Texas or Israel ought to be arguing otherwise.

The Tibet that China took over wasn’t some idyllic mountainy slow-motion Burning Man, either. It was arguably the cruelest, most backward nation on Earth. Believing in reincarnation can bring out the worst in people.

200 families more or less owned the whole country, and they peddled their wahabbyish brand of buddhism to the million or so people they had enslaved, indentured, and indebted beyond repair. Tibet’s fabled priesthood was filled with conscripts taught how to teach stoicism to the people. And since many of those people were treated like livestock on whatever feudal estate they were unlucky enough to get sold onto, the message had a certain appeal.

Brazil was the was the last western country to outlaw slavery, in 1888. You know when Tibet outlawed slavery? 1959. Right after the Chinese invaded.

The Tibetans occasionally riot and terrorize the local Chinese population. Do you really think the American government would put up with white people being attacked by rioting Asians in Honolulu?

Perhaps a better analogy would be rioting Cherokee in Oklahoma or Navajo in New Mexico.  These are two of the last groups of Native Americans with enough living members to carve out truly distinct and independent homelands. And I’m yet to hear anyone in the Free Tibet movement seriously advocate ceding them independence.

Look, I don’t want to mock people for caring about Tibet, or to minimize the suffering of the Tibetan people.  But I think as causes go it sucks up disproportionate resources with it’s trendiness.  The facts on the ground in Tibet aren’t nearly as flattering as most protesters believe them to be.  And, more importantly, taking China to task for what it’s doing there allows us to ignore some very real injustices here at home.