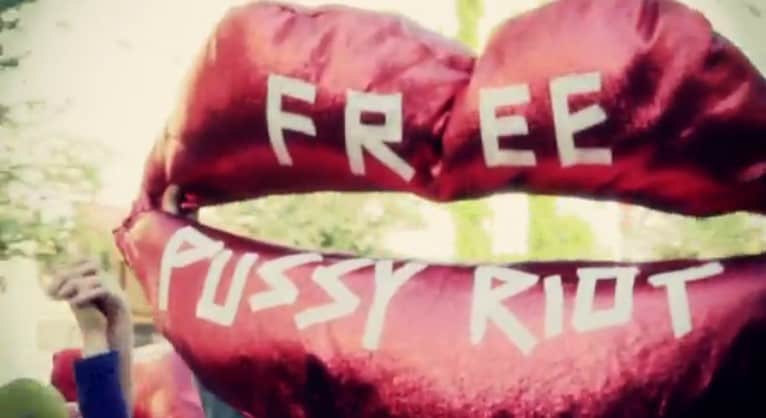 It’s been a rough years for Riot Grrrl band Pussy Riot. On March 3, 2012 Maria Alyokhina and Nadezhda Tolokonnikova, two alleged members of Pussy Riot, were arrested by Russian authorities and for their participation as part of a protest at the Cathedral of Christ the Saviour of the Russian Orthodox Church in Moscow and accused of hooliganism. A third alleged member of the band, Ekaterina Samoutsevitch, was also arrested some weeks later.

After much legal hullabaloo and hunger striking, the three women have become political prisoners. Fans and supporters are in an uproar and are demanding that the Alyokhina, Tolokonnikova and Samoutsevitch be released; going as far too draft a petition online. On August 9th, 2012, 400 Pussy Riot supporters in Berlin marched wearing colored balaclavas in a show of support for the group.