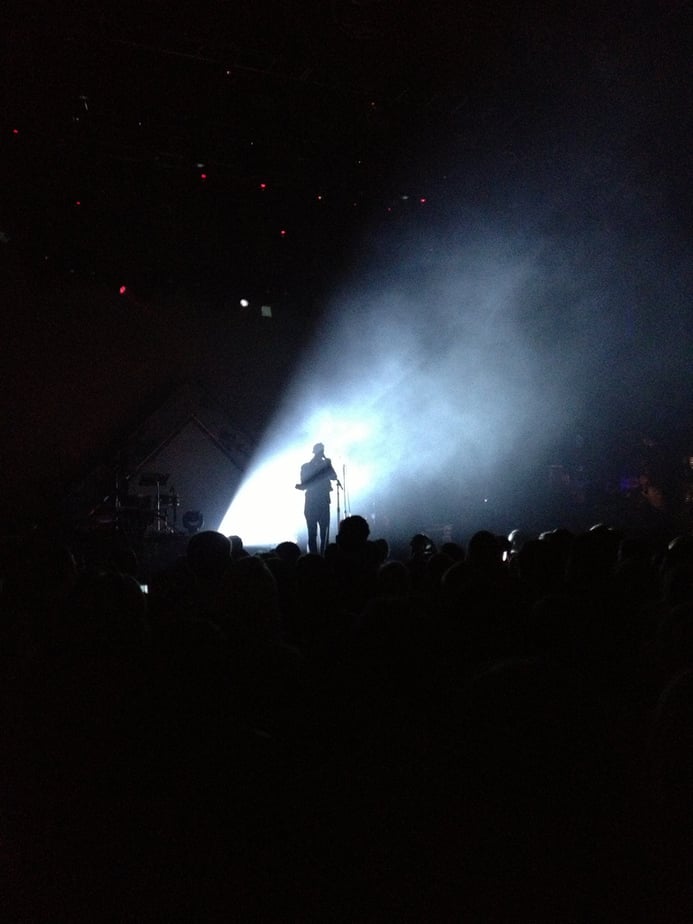 Okay–I don’t usually start off a piece of writing with ‘okay,’ but I’m still digesting this strange and obscure evening as I sit here at my favorite bar writing. Okay–Maker’s on the rocks and Go.

For the second time in a row at the House of Blues Boston, the venue and the crowd destroyed the whole show. She–Cat Power–was as eerie as ever. I, for one, wanted to be there, but few other attendees agreed with me. Not only did only half of the venue sell out, according to a security guard working the event, but consistently throughout Cat Power’s set, people left. I was able to get closer to the stage as a result, so in a way, I really didn’t mind the exodus. Still–I’ve never been to a show where the Mezzanine was completely empty. 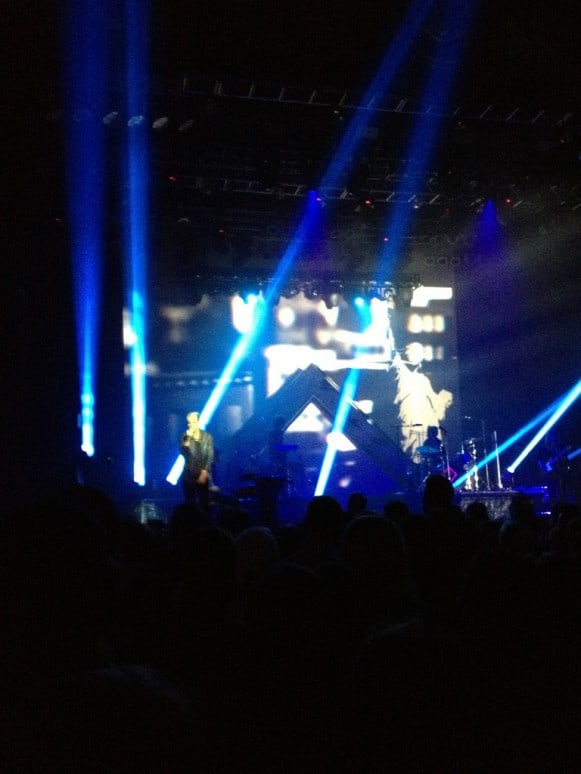 The overall experience was sub-par. And the merely “okay” experience had nothing to do with Cat Power. She showed up; the crowd didn’t (literally and figuratively, as it were). We would have gotten a lot more out of her if we had given her more.

I could dwell on the shoulda, coulda, woulda of the whole thing, but frankly, I don’t enjoy being so negative. I will say, as someone who goes to a lot of shows, I’ve learned over the years to identify and tune out the negative distractions. That being said, even the shittiness of the venue and those who left couldn’t stop me from enjoying myself. 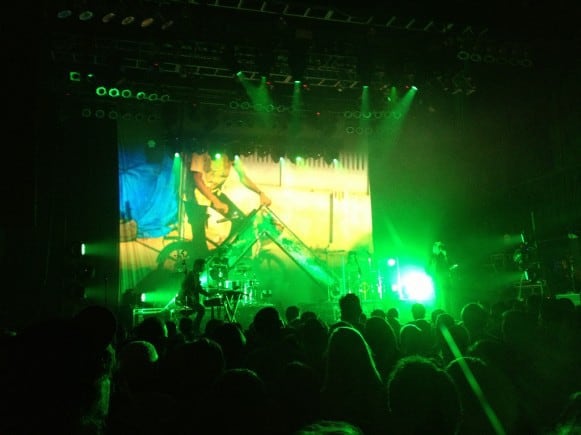 One thing I love about Cat Power is the natural Blues sound of her voice. At the show her voice, combined with epic contrasts with lighting, made her performance a powerful one. Nothing topped the silhouette of her mohawk against the bright white lights that cast her whole body as a shadow.

Throughout her nearly two hour long set, she did not play very many songs, at least not as many as you might think would fit into a two hour set. There were times when the band just jammed and fell into these extended-play improvisations with heavy Blues undertones. Many of those who left the show did so during these mini jam sessions. But as the crowd thinned, they also grew louder, because those who remained wanted to be there.

After the “I-thought-I was-going-to-hear-The-Covers-Record” people left, the show was much more engaging. At the end of the set, Cat Power tossed flowers into the crowd and procrastinated her exit from the stage by waving and smiling and throwing kisses at people.

I hope next time Cat Power comes around Boston she will play the Paradise Rock Club instead, and that the underage sex-crazed teens who made up a good chunk of the audience will be old enough to not puke in the bathroom and actually enjoy the music. Because that’s the point of it all isn’t it? You must go for the music, not for yourself, otherwise, you’ll never truly experience the visceral nature of music.

Matia A. Guardabascio (n.): editor at large; a spirited, intelligent female with the flair of a poet, and the soul of a wise sage.