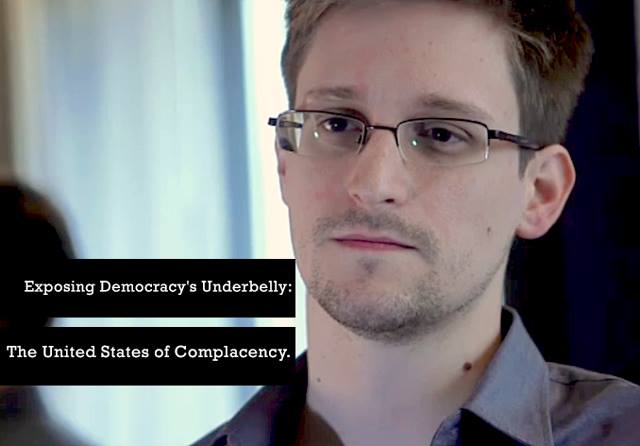 Since I first started writing this article, the Edward Snowden real-time spy story has progressed from celebrity-style media coverage to an international diplomatic fiasco. There is no easy way to assess the situation or the man, so following the wise advice of my late grandfather, I am taking a few steps back and observing the situation from the most macro possible perspective of which I am currently capable.

When I initially set out to write this article, I was certain of my position. I intended to argue that while Snowden’s actions have justly revealed the grossly abused use of wholly unconstitutional powers by the US Government and its agencies, he has in fact done more harm to our democracy than those on whom he blew the whistle. I still feel this way to some degree, mainly because now that the terrorist networks understand how our spying programs operate, they will devise alternative means for communicating and planning. Because they will be forced to devise these alternative means, the government and its spying agencies will also be forced to develop new ways of surveilling them. In my eyes, this means only one thing: more invasive spying tactics that will further dissolve what remains of our no longer constitutionally protected rights–the same rights and freedoms that define and distinguish our citizenry as American.

Is Snowden truly responsible for whatever tactics the government will now have to employ to prevent terrorism? No. Now that the whistle has been blown and the government has been exposed for its horrible abuses of power, Snowden has actually forced their hand. The government now has a choice: either continue operating under the cloak of secrecy and bypassing the very laws that define our democracy, or they can shed the cloak and work with the people as a transparent body that aims to preserve our democracy, while also protecting the people who live within it.

I had also planned explore the reasons why Snowden would ask The Guardian to reveal his identity, when the evidence he provided to The Guardian was so good that, like Deep Throat, it was not necessary to know the identity of the leaker. Snowden provided primary source documents, meaning first-hand information obtained directly from the source of the illegal activity, just like Deep Throat, who provided hard evidence linking President Nixon to the Watergate scandal.

My question is: why was it necessary for Snowden to reveal his identity when the evidence he provided could speak for itself? The United States went nearly 30 years before knowing the identity of Deep Throat, whereas only 3 days went by before we knew the identity of the NSA leaker.

In his interview with The Guardian, Snowden said that he revealed his identity because he was worried about the United States making him “disappear.” He also said that he did not want the revelation of his identity to detract from the issues at hand. However, as anyone who has been watching the news lately can testify, Snowden himself has been the subject of the vast majority of media coverage. Politicians have called him a traitor; Occupy sympathizers (among other groups) have called him a hero; the media has picked apart every aspect of his life and cast him as a traitorous villain. The man himself has become an object of public scrutiny, of international dispute, meanwhile the fundamental question of how much of what makes us American, which we have allowed to be sacrificed in the name of security, has become a backburner issue.

I can sit here and start railing against the media for focusing more on the man than on the issues. I can sit here and rail against the government for ignoring this fundamental question and instead using important issues like immigration and even climate change as tactics for distraction (not to mention their flagrant disregard for the right to privacy and active spying on the American people). I can also sit here and point my finger at the American people for their complacency, for their willful ignorance, for turning a blind eye to the internal destruction of the rights and privileges that make us American in the first place. And while all of these issues concern me greatly, I find myself taking yet another step back and asking the question:

What have Snowden’s actions revealed about the health of our democracy?

Snowden’s exposure of the NSA spying programs has revealed not only that the American government and its bureaucratic agencies have been spying on the American people in such an invasive and offensive manner, but that the American people don’t really mind. A recent poll conducted by the Washington Post and Pew Research Center indicates that over half of Americans approve of the NSA spying, that they prefer protection over privacy. Are we still a democratic society if the rights which make us a democracy are willingly cast aside in favor of brooding protection against ideological terrorist organizations? At what point will this protection extend to protection from ourselves? If we give up our American democratic rights, then how can we still call ourselves Americans?

The fact of the matter is, Snowden’s actions have revealed deeper issues with the American psyche and its relationship with fear. Needless to say, the NSA spying is only the tip of the iceberg of what could very well become a national existential crisis.

And in lieu of dealing with the issues that have arisen as a result of Snowden’s revelations, the people have focused on the man instead. Fueled by constant media coverage, the real-time spy story of Edward Snowden has captured the attention of all Americans and others from many different parts of the world. Here is a man who was working in a highly lucrative profession, who had access to top secret information about the US Government’s most classified programs. In this highly sensitive position, he saw something he thought was wrong and decided to take steps to make the wrongs public. In the same breath that Snowden became a hero, he also became a traitor. He made the choice that few others have been able to make: he chose to sacrifice everything in his life to expose just how un-American the American government had become. He is neither hero, nor traitor; instead, he is both: the anti-hero.