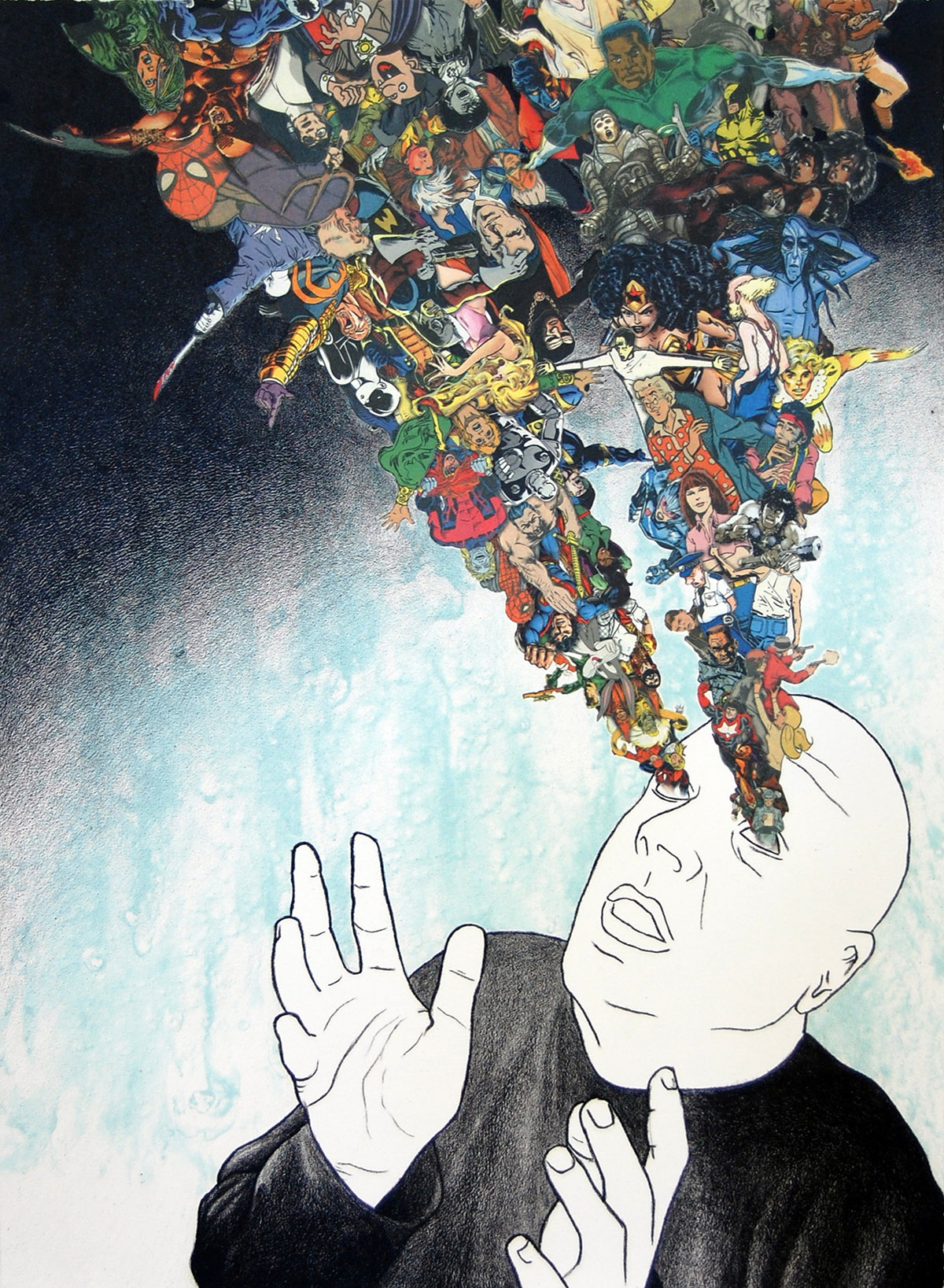 Despite his seemingly hodgepodge style, Darren Houser is a very deliberate artist. His comic book influence is highly apparent in most of his piece, but his work isn’t all tights and capes. Populated with themes of death, anatomy, and religion Houser often questions human existence with iconoclastic frevor. 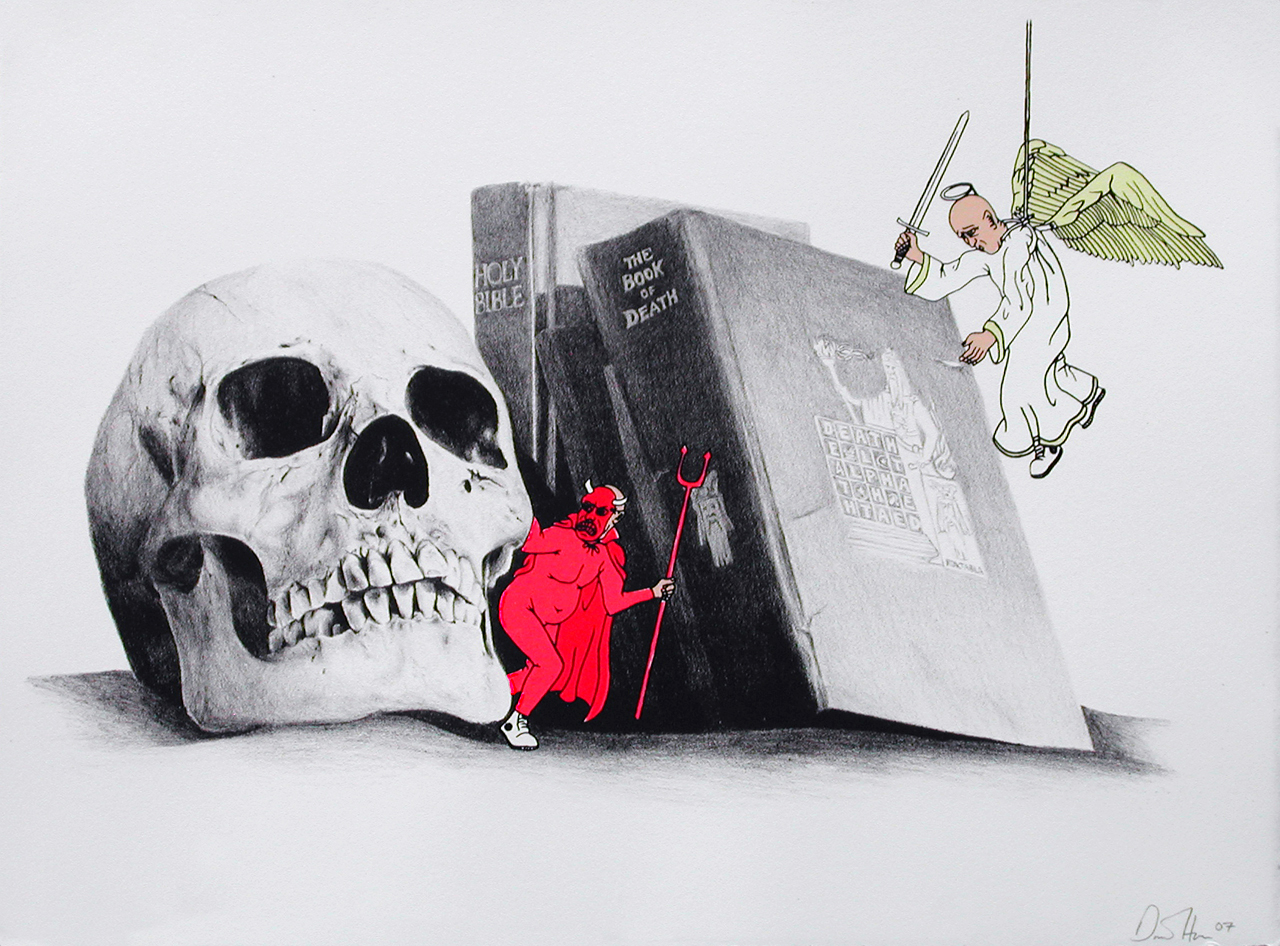 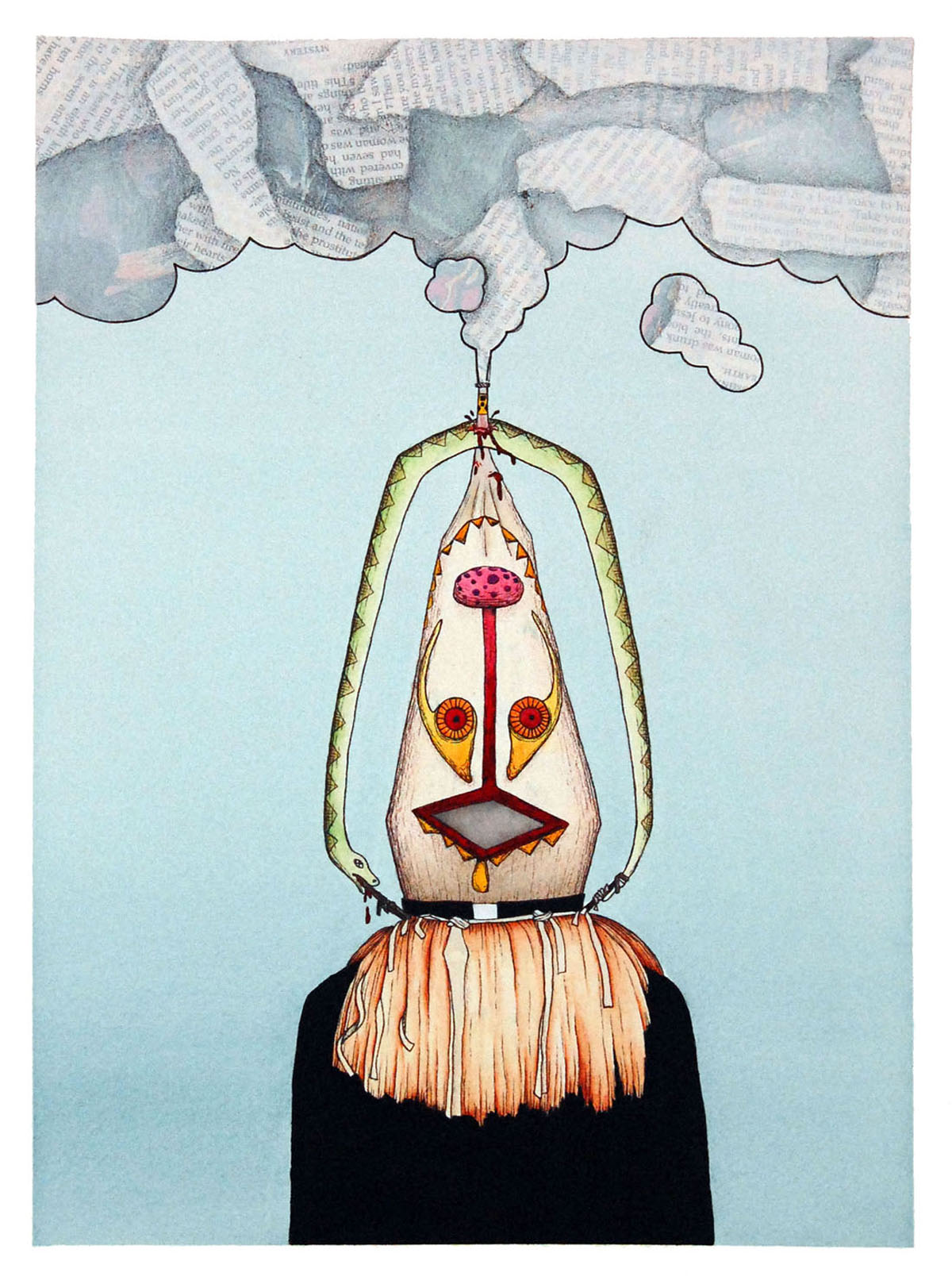 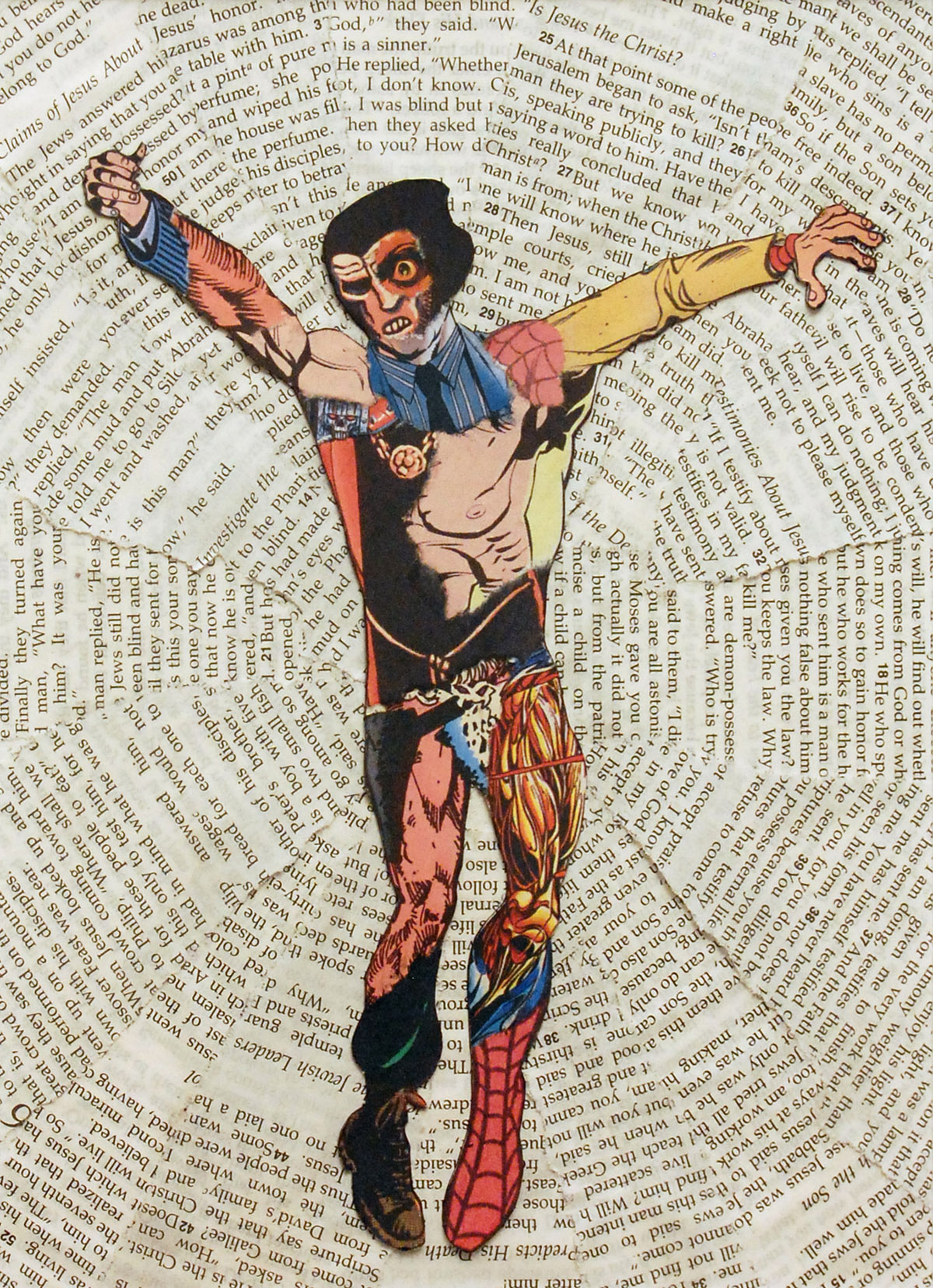 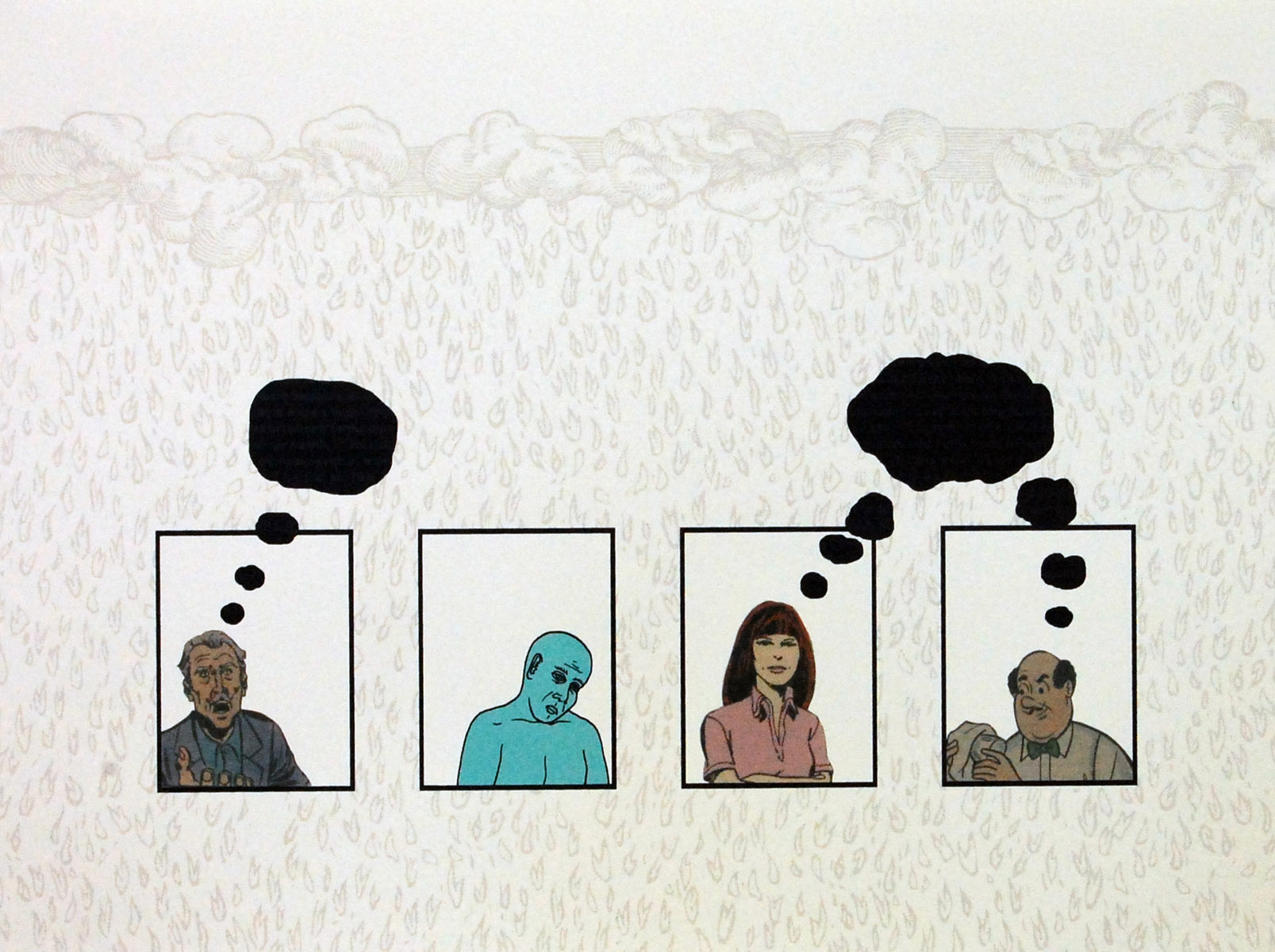