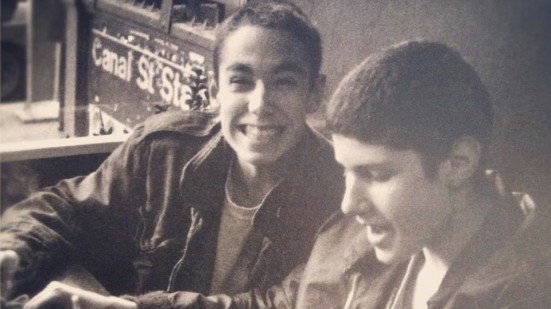 This past weekend was an informal moment of silence for Quiet Lunch. To tell the truth, losing Adam Yauch kind of took it out of us. Sure, we could never feel the same pain as his band mates and kinfolk but, for us, the world seemed a little less enjoyable; a little less spirited.

We spent the whole weekend listening to Hot Sauce Committee Part Two, Licence to Ill, Paul’s Boutique, Check Your Head, Ill Communication — even The Mix-Up. Listening to Adam was ironically sobering. We found life in death through listening to his lyric and, for a second, we forgot he left us.

All this reminiscing got us thinking, what’s your most cherished MCA lyric? After whittling the list down to a supreme five, we knew we had to share it with our readers. We didn’t care if other online publications did the same thing and we certainly didn’t care if our picks were the same as theirs.

We just want to honor an artist whose way of thinking influenced us to no end. Here is list of the Top 5 Lyrics from MCA. Oddly, most of them consists of him giving a shoutout to his own name.

“Now my name is MCA. I’ve got a license to kill/ I think you know what time it is it’s time to get ill/ Now what do we have here an outlaw and his beer/ I run this land, you understand I make myself clear” – Paul Revere. (License to Ill)

“No one really knows what I’m talking about/ Yeah that’s right my name’s Yauch” – Sounds of Science. (Paul’s Boutique)

“I’m flowing prose to cons and cons to pros/ I’m scheming rhyme against reason like it was flow against know/ But beyond the concepts and emotions that rise/ To the interconnectedness that underlies/ The lies upon lies have lost their meaning/ The plies upon plies of consciousness that is being/ Over and over I fall I learned to walk from a crawl/ It’s not sad it’s just the way and the purpose of it all” – Flowin’ Prose. (Hello Nasty)

“What the phone booth word to hair moose/ You’re on the corner and you’re selling a hog’s tooth/ Don’t mean to dis but I’ve got to point out/ The hogs tooth belong inside the hog’s mouth/ Like Ernest Shackleton said to Ord Lees/ I’ll have dog pemmican with my tea/ Now pass the wok ’cause I’m cookin’/ The names MCA made in Downtown Brooklyn” – ‘Oh Word?‘ (To the 5 Boroughs)

“Now you can shuffle numbers but facts is facts / So many billionaires while so many lacks / So before the poor decide to react / Well, come on party people, share up your stacks” – ‘Alive‘ (Beastie Boys Anthology: The Sounds of Science)