We’re told in this day and age that no culture is superior to any other.  None are better, none are worse…only different.  But we all know this is crap.  Certain cultural practices are abhorrent.  They can be judged, and they should be judged.

Many wealthy people in the west African nation of Mauritania still keep slaves. The oil-rich Emirates in the Persian Gulf import laborers from south Asia, confiscate their passports, and work them to death.  They call it a Guest Worker Program, but impartial observers tend to call it slavery.

I’m very comfortable saying that all of these things are wrong. And I don’t feel any compunction to be more understanding just because these practices happen in a different cultural context.  This is not to say the West has no faults.  We do.  But we shouldn’t be afraid to take other cultures to task when it’s warranted.

Take China for example. This ancient society has given a lot to the world. But Chinese culture is killing off the world’s elephants at breakneck speed, because it’s the last place in the world where ivory is still considered a luxury good. 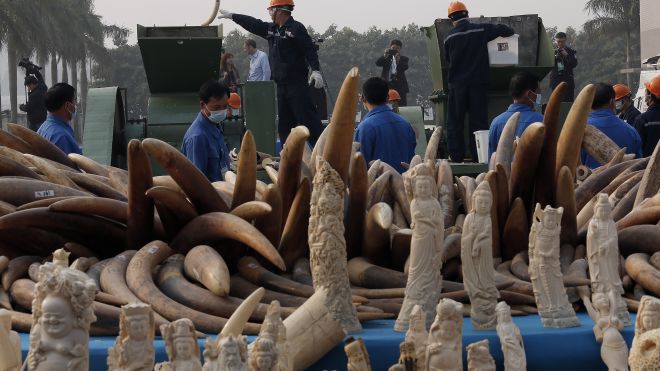 How bad is it?  Specific numbers are tough to come by, but there is widespread agreement on a a few key points.  Over the last five years more than 20,000 elephants a year have been killed for their ivory, and at this pace they will be extinct in the wild before the end of the decade.

While poaching has never been halted entirely, it was brought down to manageable levels in the 1990s and early 2000s.  Then China decided they would begin releasing “legitimate” ivory from government warehouses.  That is ivory that was recovered from elephants that died naturally and from those elephants hunted before before the first global ivory ban was enacted in 1989.

Ostensibly, this was done to prevent poaching, by feeding the demand for ivory that they were unable to eradicate.  But this backfired by providing legal cover to black market ivory.  The market boomed.  Investors in Hong Kong and Shanghai have even began callously referring to ivory as “white gold”.

Murdering elephants takes a lot of effort.  They are massive creatures and don’t go down easily.  They often take hours to die and frequently have their tusks cut off while they are still bleeding out.  These highly social creatures are among the most intelligent on Earth.  They have long memories, form deep bonds, and can even be taught to paint.  So it’s safe to say that the act of being riddled with bullets in front of their families is every bit as terrifying and painful for them as it would be for you or me.

This despicable practice has no place in the modern world.  And the rest of the world doesn’t have to sit back and accept the brutal execution of these beautiful animals so some shithead in Shanghai can buy another ivory backscratcher.

To be fair, there are anti-ivory campaigns in China.  And the Chinese government has taken steps to end this practice.  But there is only so much they can do as long as owning ivory is a status symbol and giving ivory gifts to business associates is a good way to further one’s career.

I’m not trying to call a quarter of the world’s population bad people. I loved the time I spent in China.  I have friends and family that have lived there for years.  But we are under no obligation to be understanding on this issue.

While the Chinese are not the only people in the world who buy ivory, China is the only place where owning ivory is still seen as glamorous and not as an embarrassment. And they should be embarrassed by that.