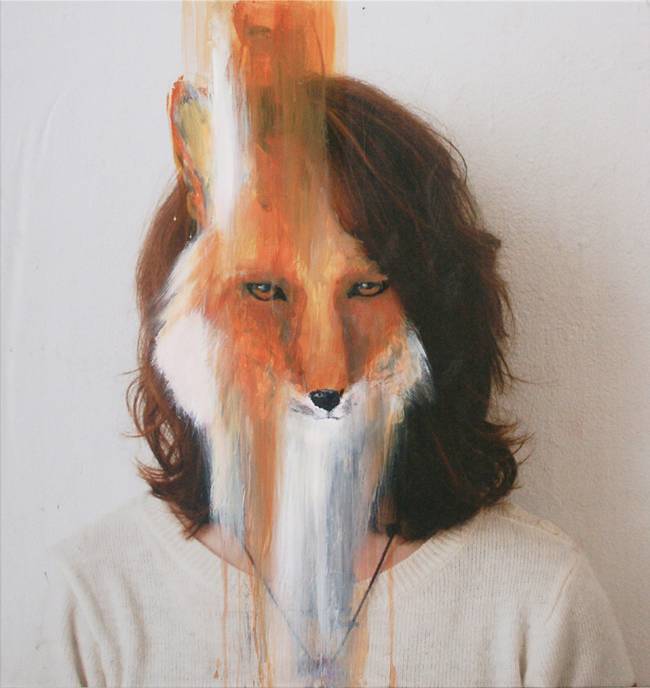 French painter Charlotte Caron knows our true nature. When we came upon her Portraits series, it struck a chord in our cranial guitar. The contrast between the two subjects, man and animal, combined to make a captivating image that tells a story of vivid transformation.

The message what obvious but didn’t quite give itself up all together. 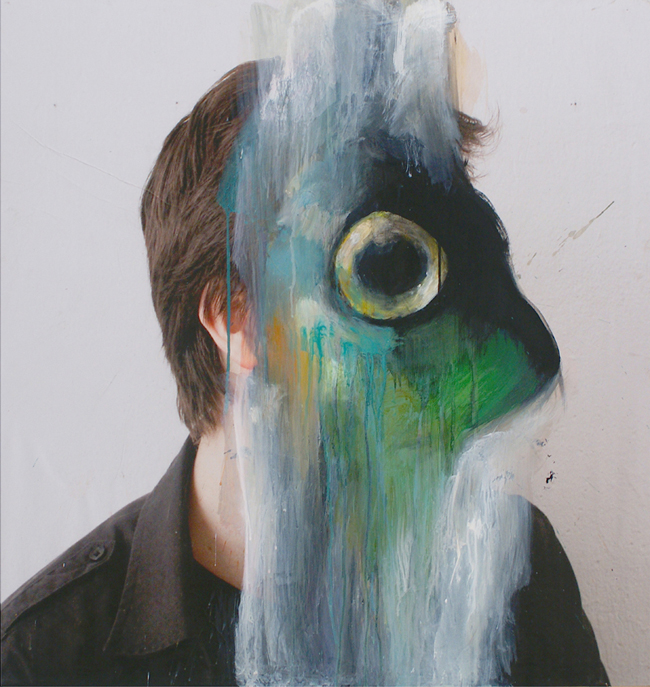 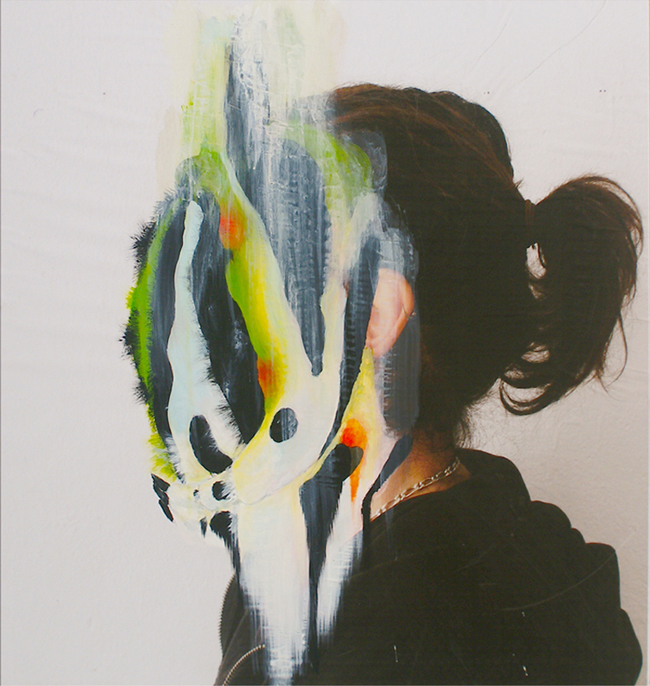 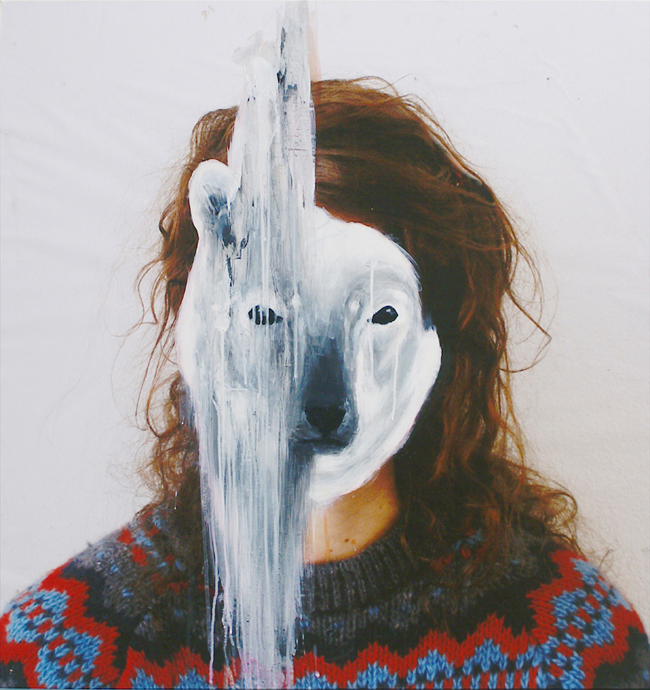 The more we looked at the Portrait series, the more we became intrigued. We began wondering about its true meaning and the process Caron went through to convey her message. To us, her wayward strokes and drips indicated a presence of violence and the menial appearance of the human form represented a norm left behind. But we weren’t satisfied with our speculation alone.

We caught up with her and despite the slight language barrier, she was happy to answer our questions about her beloved series.

About the series origin:

“This project was created for my third year degree in the fine arts. I have always [loved] working on the body figure including the head, instrument of thought. Everyone wears a mask in society with friends or at work. That was my starting point but [what about] showing it? and [highlighting] it?”

“Two mediums were used: the painting and photography which allowed me to compare two worlds and to create this duality (man-mask).

On one hand some basic photography of my colleagues were taken with the same way (light, focus). It was only a support in order to fix a given image.

On the other hand, the paint covers the identity of the portrait with its own structure. The painting is added on the picture underneath, flowed on it and takes the strength to be revealed.

The interaction of these two mediums shows the man in a new light: the animal double is revealed. The man returns to the wild condition with his pulsion and his bestiality.” 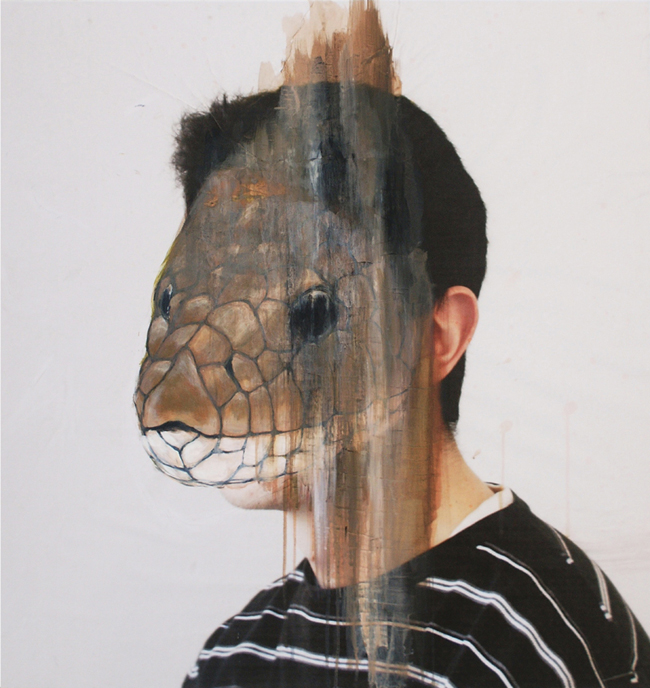 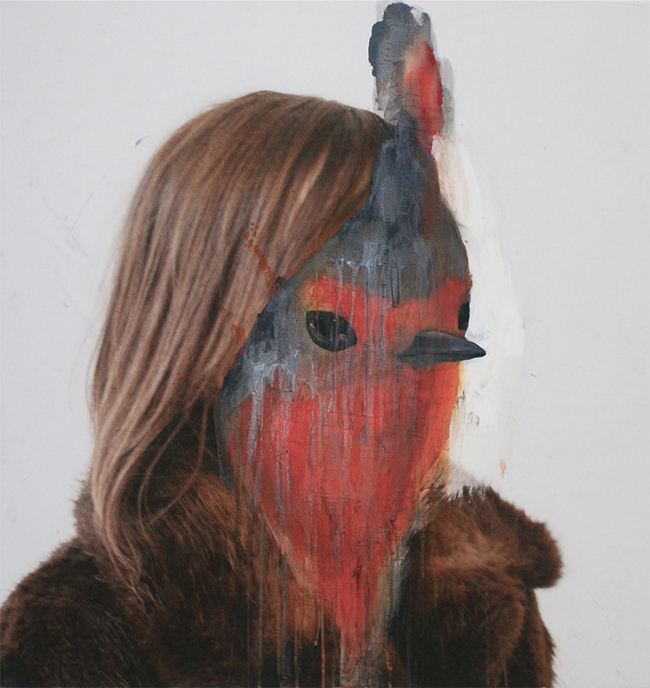 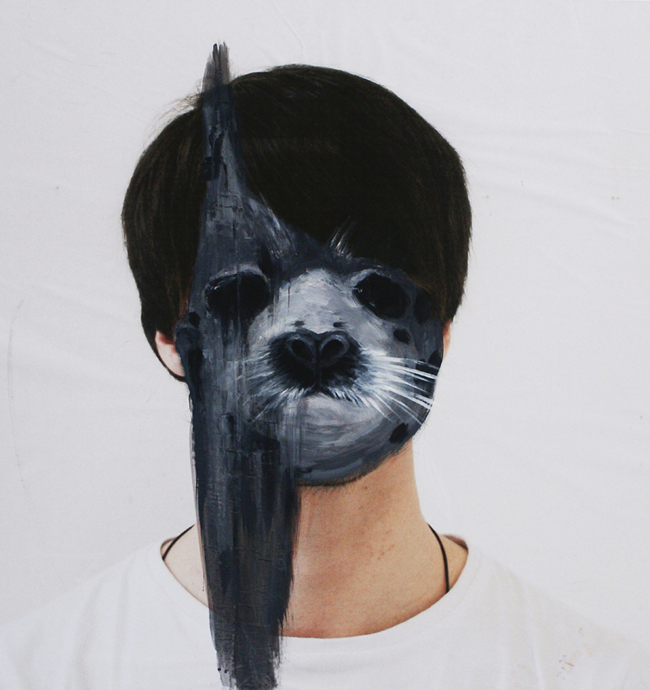 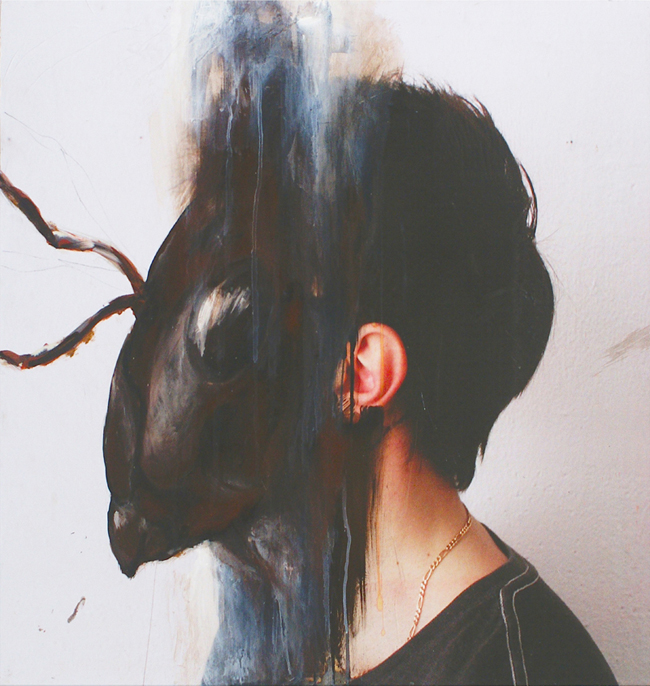 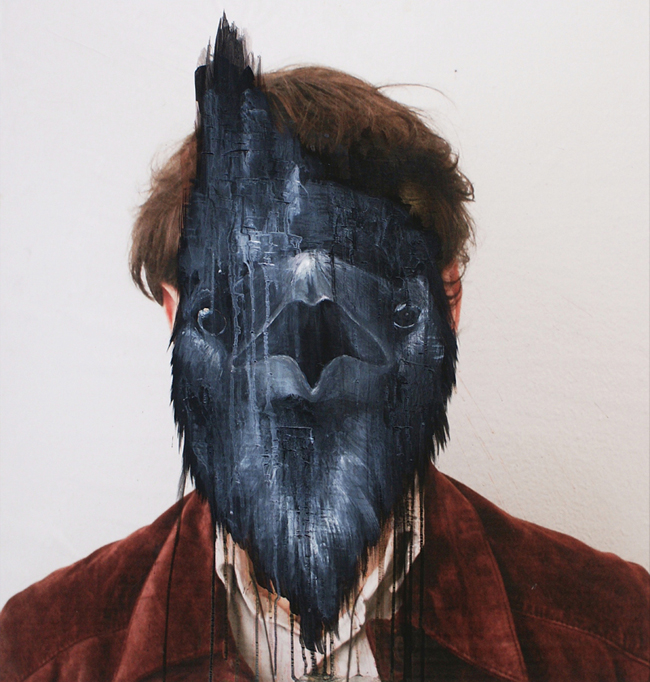 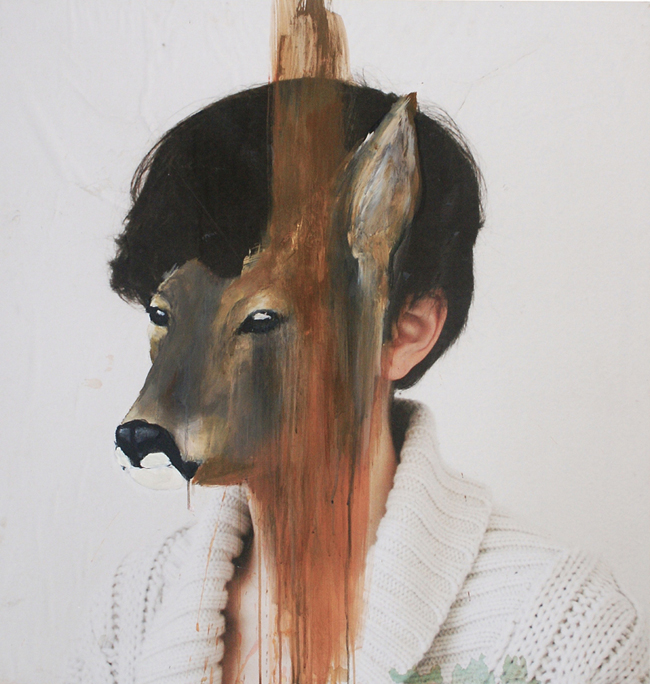 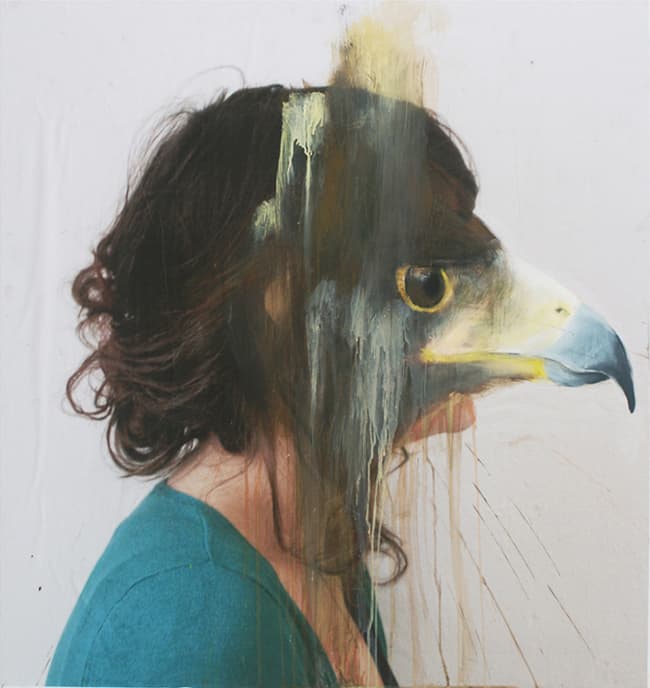