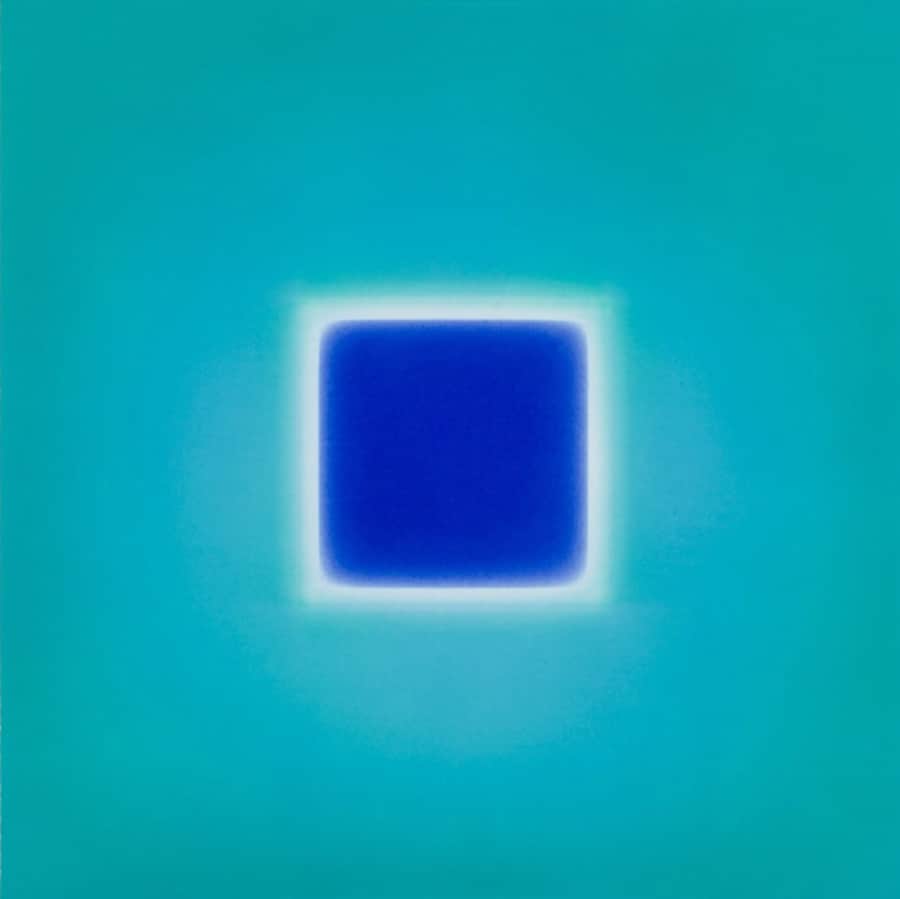 Although Brian Eno had already left Roxy Music by the time “Love is the Drug” took most of the planet’s airways by storm, I couldn’t resist the reference in the title. I confess, I worship at the altar of Eno, and I almost fainted when I saw his spellbinding, healing light art in the context of Miami Art Week, contemporary art’s equivalent of the Fourth Circle of Hell. The artist soothed the souls and enthralled the eyes of the unruly crowds swarming Art Miami 2017 with his mesmerizing light paintings on view at Paul Stolpler gallery. Eno, largely known as a one of the most influential and groundbreaking musicians of all time (he coined the term “ambient music”), created rather dynamic “colourscapes” using a series of interwoven LED lights, each accompanied by a unique musical composition. By extending temporal boundaries with a work that seemingly has no beginning or end, no finality, Eno “encourages people to stay in one place for a while.” He claims that “If a painting is hanging on a wall we don’t feel that we’re missing something by not paying attention to it. Yet with music and video, we still have the expectation of some kind of drama. My music and videos do change, but they change slowly. And they change in such a way that it doesn’t matter if you miss a bit.” A celebrated visual artist who has been exhibiting globally since the 1970s, Eno explains how his multifaceted oeuvre has been always happening simultaneously: “Painting and music have always been interwoven for me,” he says. “I started playing with light as a medium at about the same time I started playing with sound when a teenager. When I look back on what I’ve made over the intervening years it seems to me I’ve been trying to slow music down so it became more like painting, and to animate paintings so that they became more like music…in the hope that the two activities would meet and fuse in the middle.”

The power of light as a tool for healing:

Using light, Eno made art for hospitals. At Brighton- Hove, East Sussex, the Montefiore Hospital’s reception area was fitted in 2013 with two of the artist’s light and sound installations intended to help improve the health of patients. Eno explains, “It turns out [that the space] in Brighton-Hove is used by the staff as much as the patients. It was originally intended for the patients, but actually the staff like going there as well. There’s a heart surgeon there, for example, who goes and sits in there before big operations to chill out a little bit.”

It has been scientifically proven that light has healing abilities that we are only beginning to understand. Developments in light therapy are proving its capacity to affect a wide range of symptoms, from reducing depression and stress, to changing sleep cycles, relieving pain, and increasing the rate of healing. There is a long history of the benefits light offers to human health and psyche. It was Richard Kelly, a pioneer in lighting design, who was one of the first to question the “experience” of light, both natural and artificial. He coined the theory of “Light Energy Impacts” and wrote extensively on the ability of light to calm, stimulate, or focus.

Last December, at Paul Stolper’s Art Miami booth, I took the time to disconnect and concentrate on the visual output of one of the principal innovators of ambient music and generative painting. In Enos’s Mondrianesque light art compositions, I saw the golden ratio and concrete art master Bruno Munari’s “Negativi- Positivi” series. The contemplative quality in Eno’s Light Music series is enhanced by his choices of hues: predominantly purples, magentas, blues, and greens. The colorpurple or violet is seen as uniting the “wisdom” of blue and the “love” of red, symbolizing justice and royalty. Leonardo da Vinci believed that the power of meditation increases ten times when done in a purple light. The harmonious yet dynamic arrangements of Eno’s quivering light “paintings” create a calming environment that affects the viewer on a physiological level, as well as aesthetically. In the midst of Dante’s Fourth Circle of Hell, I felt good.

Brian Eno is an English musician, composer, record producer and visual artist known as one of the principal innovators of ambient music and generative painting. As a visual artist he has been exhibiting since the late 1970s and has been showing his work regularly since, from Tokyo to Cape Town, Rio de Janeiro to New York, London to Madrid. His work is dedicated almost exclusively to the possibilities that the medium of light provides. In 2009, Eno was given the very rare invitation to exhibit on the iconic sails of the Sydney Opera House in Australia. This was achieved using an array of powerful projectors with the light thrown across Circular Quay. The installation consisted of Eno’s own software 77 Million Paintings, a piece that creates an ever-changing, albeit at an almost imperceptible speed, light painting.

To find out more about Eno’s perspective on music and visual art: The Healing Arts of Brian Eno By Christopher D. Shea, in The New York Times, May 2, 2016 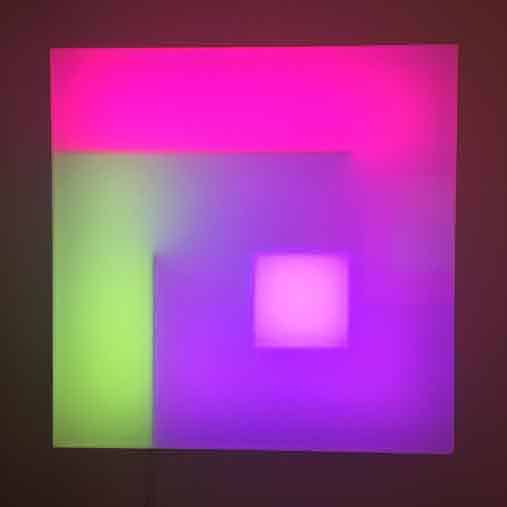 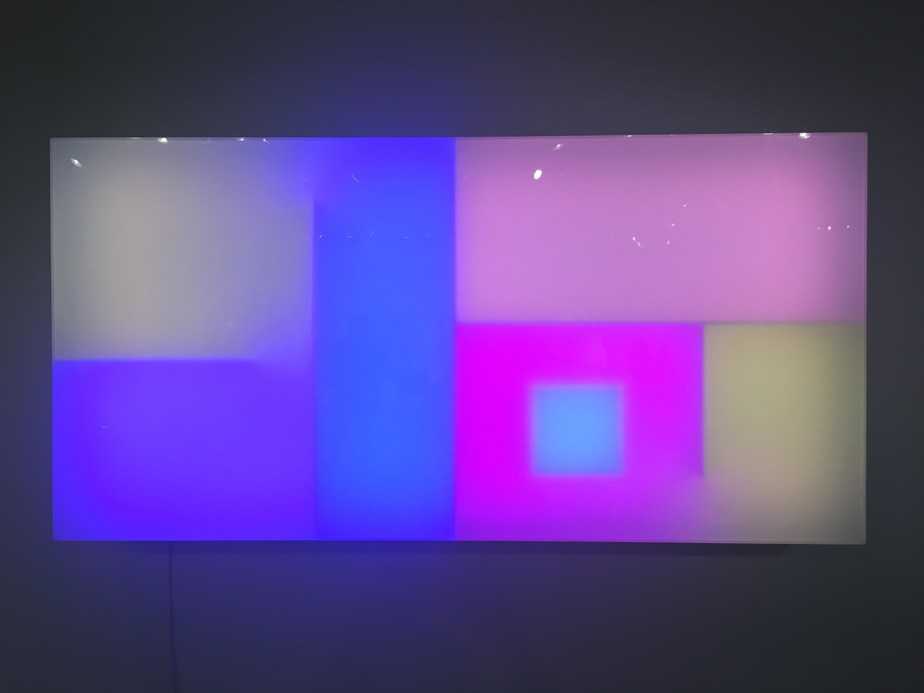 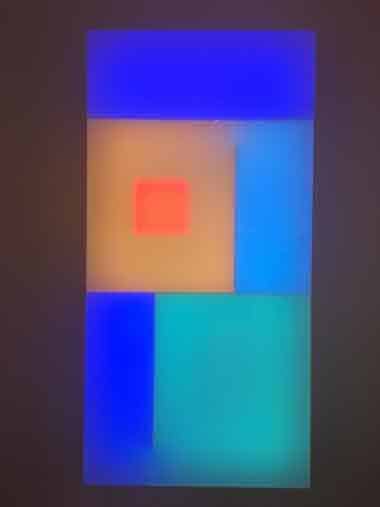 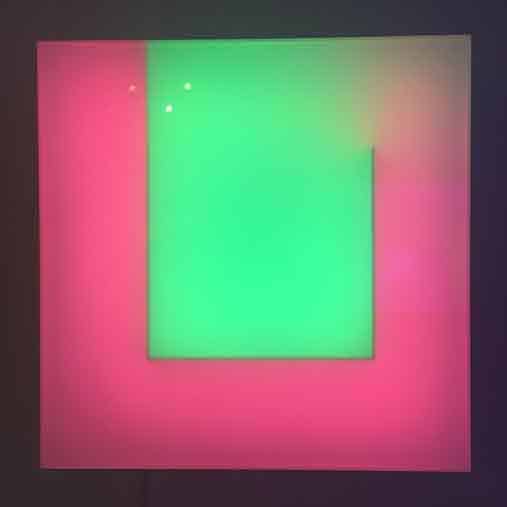 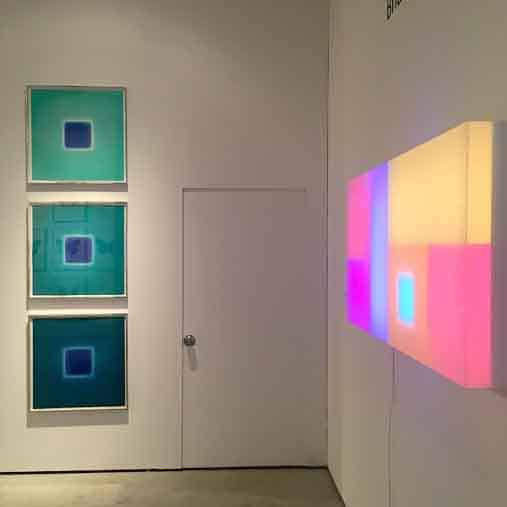 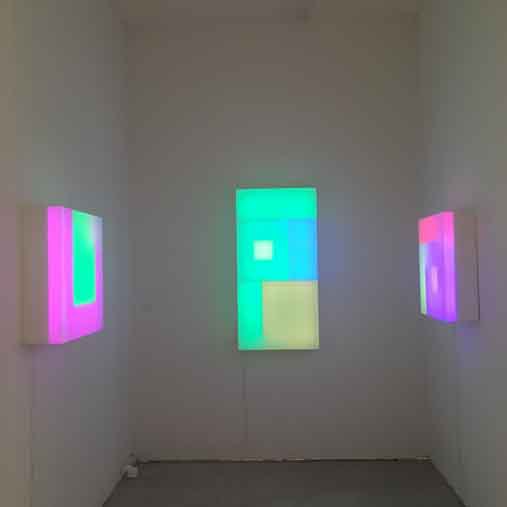 Brian Eno: LIGHT IS THE DRUG