In this collection, the larger works represent Elijah’s execution of occult magic, spelling incantations in gigantic sigils on dropped canvases. Whether the written wish is impossible for us to decipher or the practice completely unknown to us, Elijah’s smaller portraits nonetheless translate his desires with a quiet intimacy. Through doorways and abstract portals of similar motifs, his nudes—the Bachelors—approach us as gentle muses, classical figures that can be imagined accompanying the painter in his private rituals. As embodiment of this magic, these portraits become bold allegories of love, the drop canvases evidence of the exercise.

Those who are new to Elijah’s work will be stunned to learn that these highly detailed portraits are rendered in meticulous, cross-hatched colored pencil.

I was deeply moved by the following interview.

Your artwork deals with ritual. As an artist, do you conduct your own rituals?

Yes. The large paintings on canvas drop cloths developed from personal rituals I started conducting about five years ago,  and which were an amalgam of elements I borrowed from AA Bronson’s Invocation of the Queer Spirits, Austin Osman Spare’s sigil magick, Genesis P-Orridge’s Temple of Psychic Youth, and Scott Treleaven’s Salivation Army. Note all four figures are visual artists. I regularly create and charge sigils, but only every so often engage in a more involved, scripted ritual, and it’s usually of my own devising, freely combining gestures, images and ideas from disparate systems and mythologies. All of this is to say that I make things up as I go along based on a combination of research and intuition. That approach is usually referred to as “Chaos Magick.”

When did you opt to use colored pencil, and why?

In grad school and a handful of years afterwards I was making modest scaled oil paintings depicting young men engaged in mysterious activities in the woods. Although the paintings had a rough, loose look to them (like wetter Gauguin paintings maybe), they took me months to complete. I couldn’t leave them alone and reworked them repeatedly. Finishing them was more a matter of defeat than anything else: “shit, it’s time to abandon this one.” I began doing colored pencil studies in my journals to work out color and composition ideas, and was thrilled by two things: the relative speed with which I could make these drawings and also the difficulty in erasing them, i.e. I couldn’t rework them over and over and over. Initially, the un-fanciness and aura of adolescence of the pencils were a draw as well. 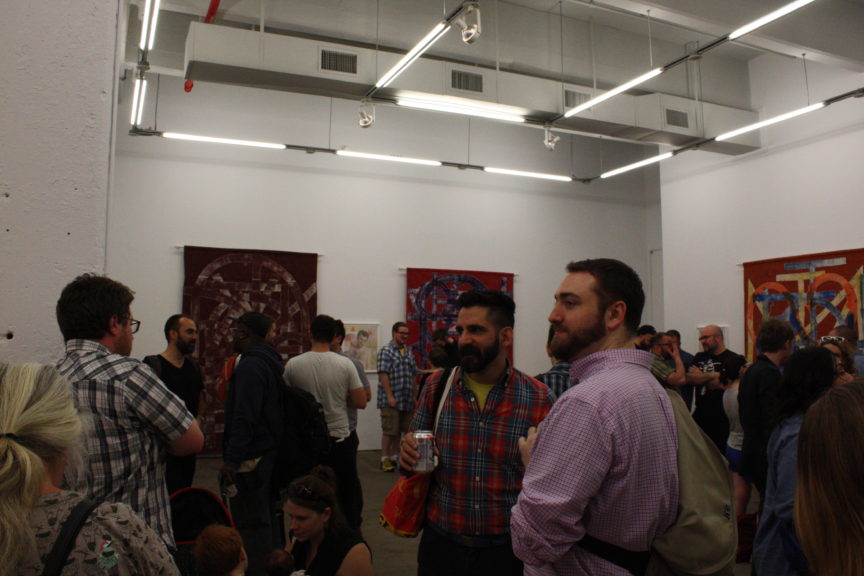 How is your artwork reflective of your environment?

My subjects are frequently drawn from the people that surround me—friends and lovers and mentors. Details from the rented rooms in which I dwell and make work also appear in the drawings, although not in the group of portraits at ZS&H: bits and pieces of daily life that cut through the fantasizing and mythology.

Also, hanging the drop cloths as units of a soft architecture grew out of the particulars of my live/work situation. Originally they were made to be portable ritual spaces, platforms on which to perform actions, and I was mostly interested in showing them on the floor. I then started hanging them as a way of partitioning space, separating the studio from the kitchen, for instance. As a result, I think of them now as being akin to nomadic architecture: portable, collapsible, capable of taking over any given space and disappearing just as easily and quickly. Someday I’d like to make tent-like structures. 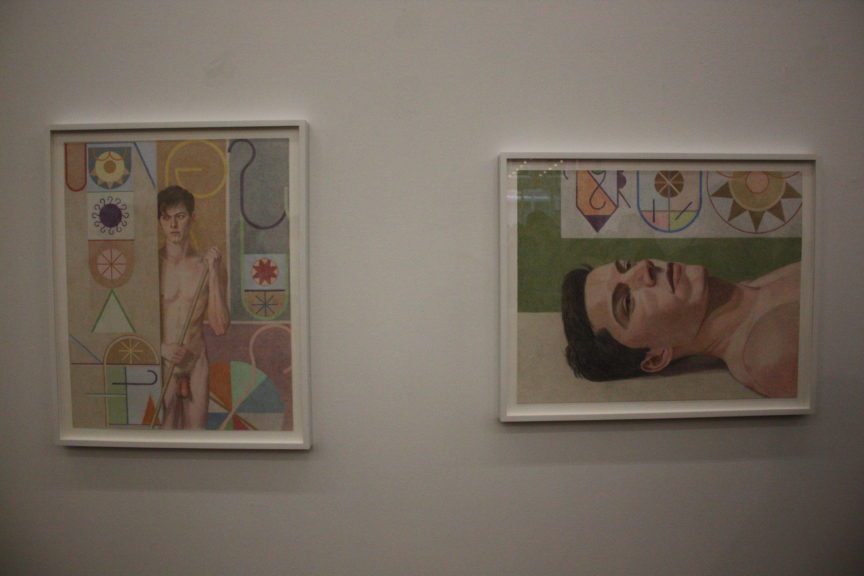 Have you developed a particular pattern or language in your abstraction, particularly within your drop cloths?

The drop cloth paintings and backgrounds of the new portraits show sigils—graphic emblems to which magical power is imputed. I create them usually using Austin Osman Spare’s method, by combining the letters that spell out a wish or desire and creating a new symbol with them. In the paintings, I stack them on top of one another to further obscure the original letters and also create new forms. There’s a sweet spot I look for where the stacked icons start to give way to a field of marks, an allover composition, but not entirely. When I am working on a body of work, I have a group of sigils I’ve created, usually about two dozen, which I think of as an alphabet of desire. (There are many more in this show, however.) In the fiction I am trying to construct with this group of portraits, the symbols are associated with a cult, the Bachelors of the Dawn. The symbols serve as devotional tools and Gnostic riddles.

What is the significance of the stillness of your subjects?

The stillness allows the subject of the portraits to be a bearer of fantasy. These likenesses are my friends’, yes, but I’ve also conscripted them as actors in a fiction. I want it both ways, really. I want the drawing of Gordon Hall to be a portrait of both Gordon Hall and a cult member that eerily resembles Otto Dix’s Self-Portrait with a Carnation. The stillness also works in another way. While allowing me to dress the subjects up in my fantasies, it also marks a limit to that activity; it’s a sign or an effect of their self-possession. They’re weirdly impenetrable, like they have no insides. I really like Allan Doyle’s interpretation of their stillness in the essay the gallery commissioned him to write for the show. 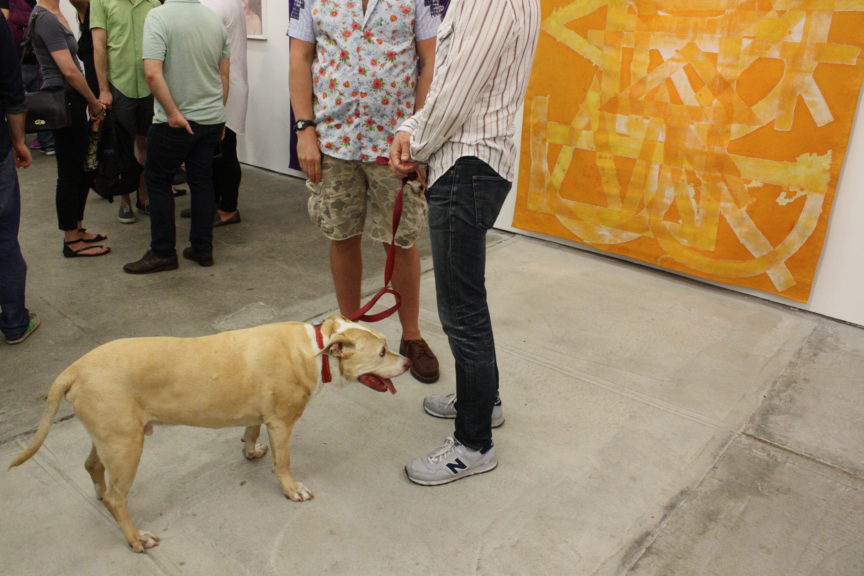 Mary E. Hurt is a curatorial assistant, art handler, and writer living in Brooklyn. She graduated from Sarah Lawrence College with a degree in Art History in 2013. After a depressing experience working for an infamous vanity gallery in Chelsea, Mary began establishing a freelance network to depend on, assisting established and avant-garde artists in curation, installation, website development, and–most importantly–writing. She is excited to join the staff with Quiet Lunch Magazine and Smoothie Tunes, that dope music interview blog. In upcoming projects, Mary hopes to explore how counter-culture art and music stay alive in an increasingly corporatized playing field.