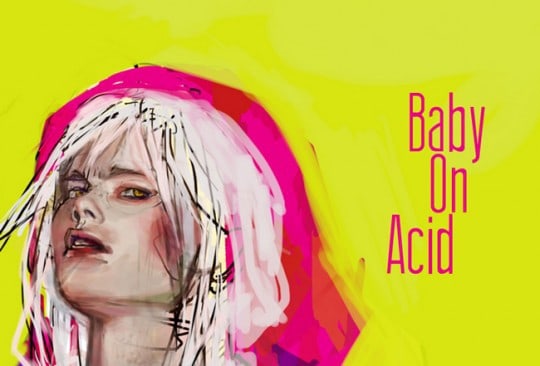 Magdalena Kapinos makes art so pretty it causes earthquakes. The name of her Tumblr, “Acid Baby”, is beautifully apt both because her paintings are trippy as hell, and because their vividness burns right through you. 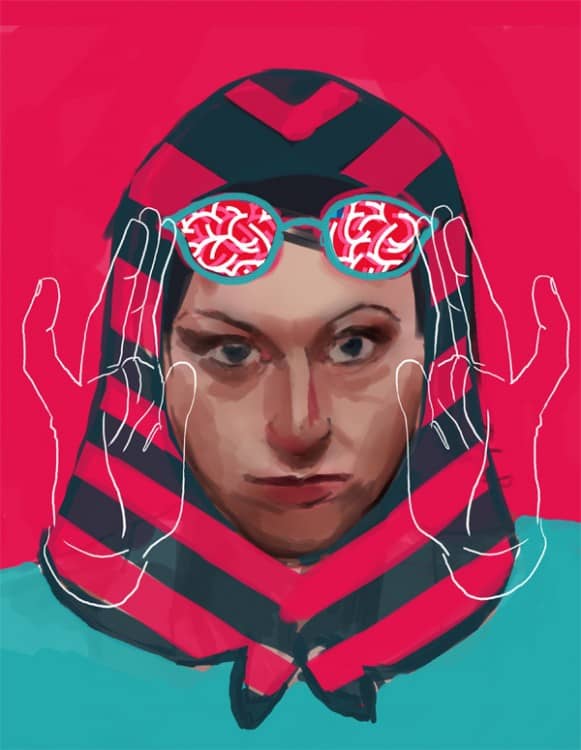 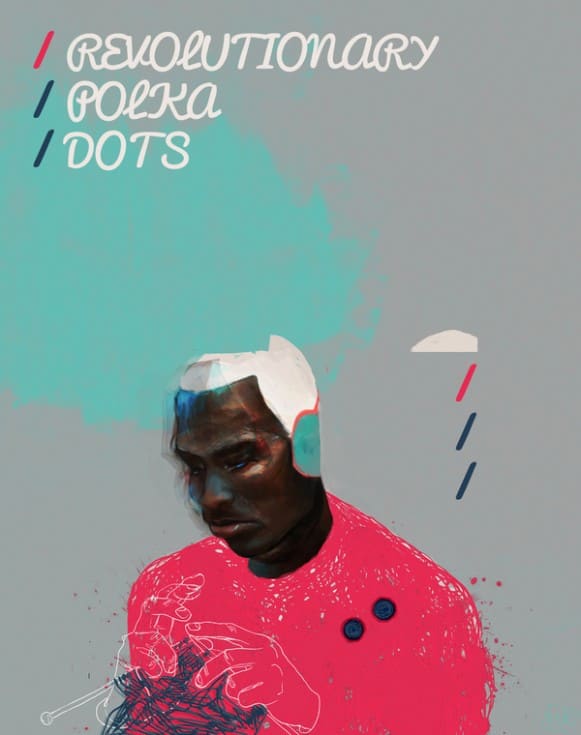 There’s a charming back-and-forth dialogue between her earliest work as an aspiring manga illustrator and her current incarnation as someone comfortable delving into the world of paint, color and digital media. While her most recent work is more polished, one of her frequent subjects is still Edward Elric, the brooding, tortured and talented young hero of the iconic anime Fullmetal Alchemist. 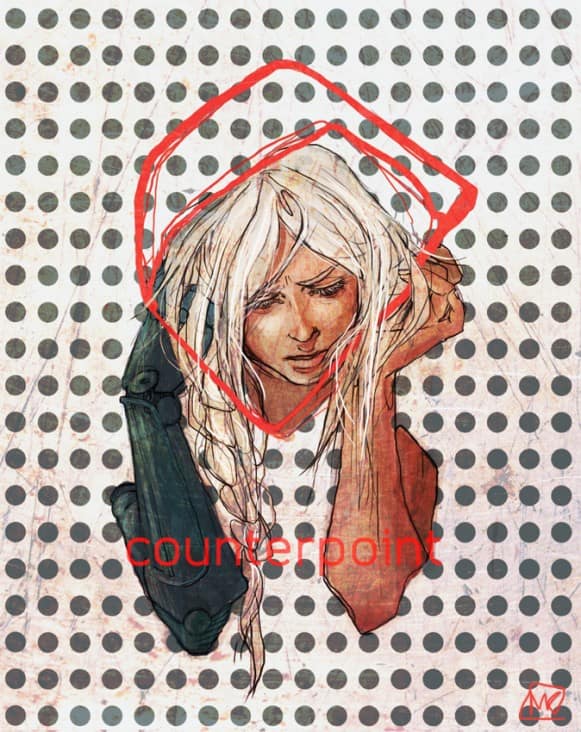 There’s a Dave McKean-ish quality about Kapinos’ work, and not just because it’s surreal and alluring and submerges the viewer. It looks and feels like the work of a polished painter who knows the history of her medium, while still keeping something very pulpy and comic-bookish alive at its core. 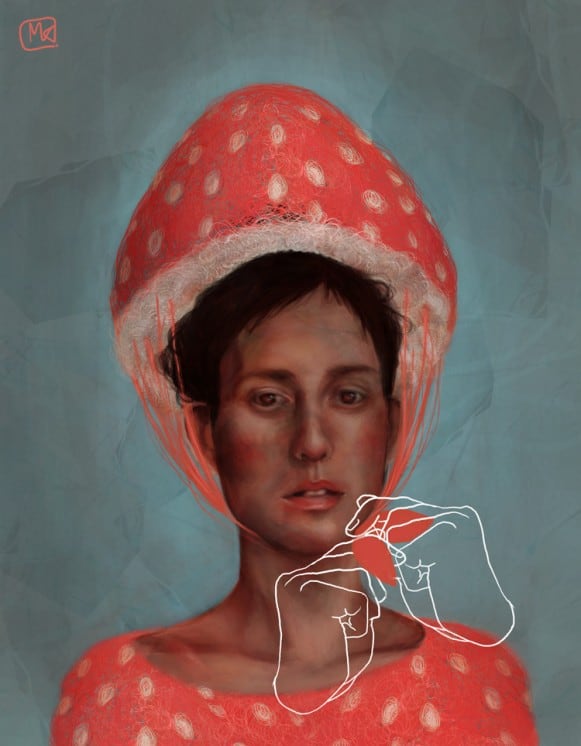 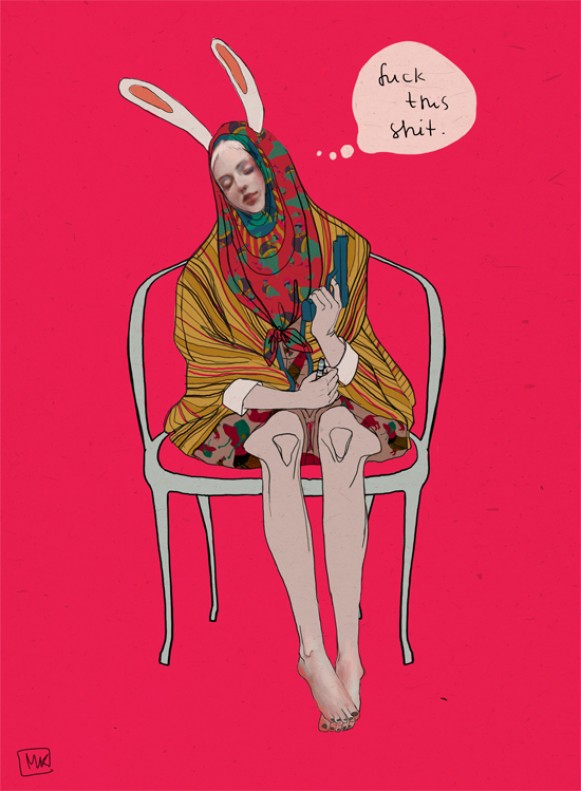 It’s easy to see this progression as the growth of an artist from creative adolescence to a mature style, but one hopes just a little that she never grows out of her inner manga-ka, that she always finds a small part of herself trapped for eternity in the soul of a teenage fangirl. Stare at Kapinos’ paintings and you feel a little bit of J-Pop slowly humming out of your subconscious, and I for one don’t really mind. 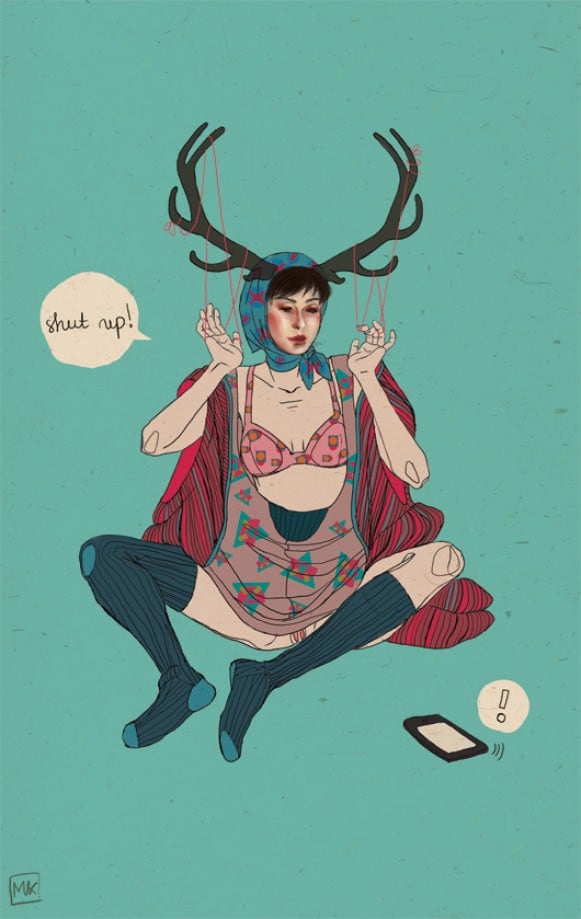 While Dave McKean is straightforwardly gothic, though– in no small part because his work has defined what it means to be dark and gothic in the world of illustration– Kapinos is pop rather than goth, and her darkness is more subtle, hidden under a layer of intense girliness. That might sound diminutive, but it’s a girliness that you can’t help take seriously, powerful and utterly non-self-effacing as it is. The beauty of her paintings is a hot pink flame, not to be withstood lightly.