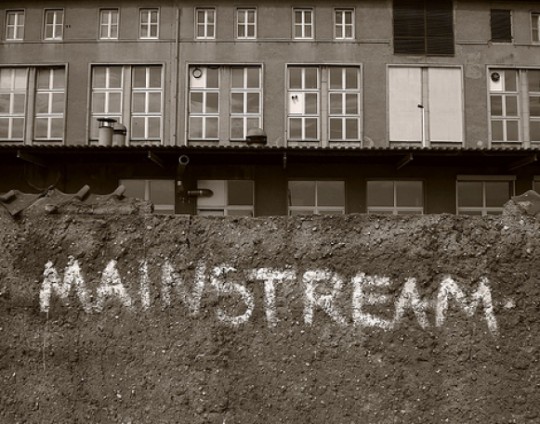 We are living in a time where everyone thinks that they are just a tad bit different than the rest. Individualism is at an all time high, synonomous with the increased desire to be our own bosses, everyone is an entrepreneur today. You see this cult of  hipsters and freelancers out and about refusing to conform, wanting to be seen seperate from the rest of the masses. But we ask:

In refusing to conform are they in fact conforming?

In a world full of originals who is really an original? Mass media is ultimately the one guiding the starship showing us what we should think, how we should dress, what is ‘in-trend.’ We are a celeb obsessed nation; what are they wearing, what are they doing, we want to be like them. So we ask you cult of hipsters and enterpreneurs:

Are you truly ORIGINAL?

Theophilus London was a bonafide hipster known in the NYC area, look at where is he now… rubbing elbows with other celebs that are on his ‘new found level’ or greater. He is reaching for the stars and has made a name for himself in the fashion world as well as the music world. So back to the original question… was he on his own path to ‘Originalism’ or was he just another crab in the barrel trying to get out?

Essentially, we are all crabs in the barrel and we are controlled, whether we like it or not, via ‘Social Media.’ Just listen to the lyrics of all these songs on the radio… Our point, dig DEEPER to be true a Original until then it’s all mainstream.

Mainstream definition:  The prevailing current or direction of a movement or influence.