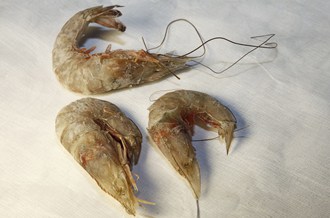 BP’s massive oil spill in the Gulf of Mexico may be related to the eyeless shrimp, clawless crabs and other deformed animals now found in the Gulf, reported Al Jazeera. Fishers and marine biologists believe tremendous amounts of highly toxic chemicals may have had a negative effect on creatures that are constantly bathed in them, contrary to what BP asserts.

Al Jazeera quoted numerous fisherman who had pulled warped crustaceans from the waters where nearly 5 million barrels of oils spewed forth after the 2010 explosion that cost 11 mens’ lives on the BP-operated Deepwater Horizon oil rig.