If you’re looking for somewhere special to shop this holiday season, the “As Seen on Kickstarter” Pop Up is definitely a desired destination. A brainchild of BiteMyApple, the pop up only features Apple-based products that were once successful projects on Kickstarter. Founder Chris Johnson was kind of shed some light on the pop up’s concept:

We started about 4 years ago but we had a lot of international customers asking if they were ever in New York could they stop by our store. We didn’t have a physical store at the time, so we figured let’s give it a try and do a pop up store… We have a lot of original items in here, one of a kind, and a lot of them are actually based out of New York too!” 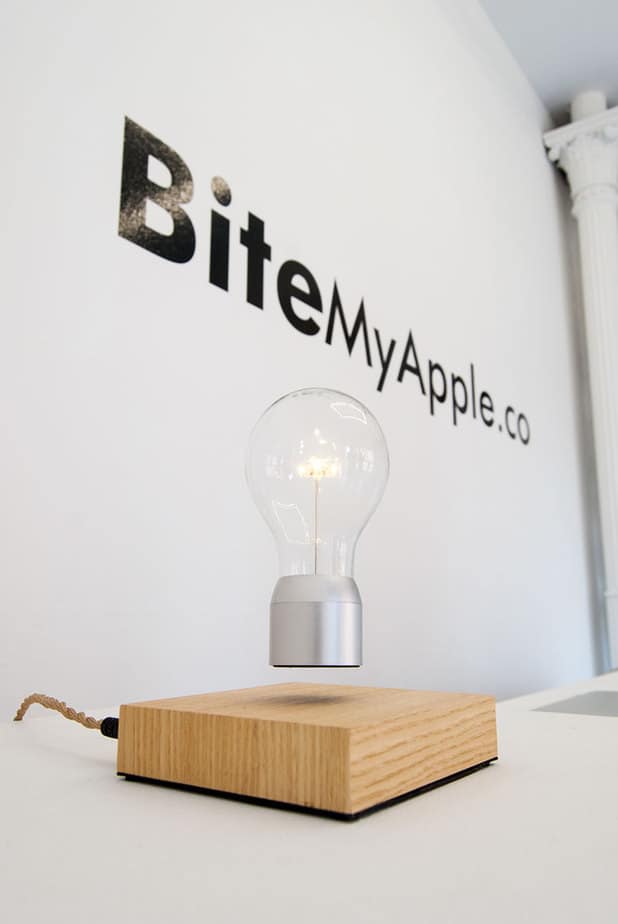 Chocked full of items that would make any gadget lover empty their wallet, the pop up is much more than a hi-tech fly trap for consumers looking for buzzworthy electronics. “As Seen on Kickstarter” is a movement, a movement that is unifying young entrepreneurs across the globe—all while growing into a physical space. We also spoke to Wiplabs co-founder Nathalie De Clercq and she offer some awesome insight as

It’s been amazing to work with [Chris] because he’s doing something that nobody else is doing. He’s bringing together all these very niche products, like Apple goods. Nobody else is creating a store with only Kickstarter products, it’s amazing actually. There’s a big group-like chain with most of the people who are in this store, the creators and owners, [and] we’re all starters and entrepreneurs, young people; and we wouldn’t have had this opportunity… for most of us this is the first time that our products are in a brick and mortar store, which is really cool. We’re all cheering each other on!

And he’s bringing something to us that goes past the Kickstarter stage. Really Kickstarter should be all over this, I don’t know why they’re not. It’s very exciting, though. The whole experience is great and I really hope that it’s a big success so we can do more.

The “As Seen on Kickstarter” Pop Up will be hosted by wallplay Shop at The Hole (312 Bowery) through January 1st. Be sure to stop by and check out some of the awesome items on display. Tell them Quiet Lunch sent you!