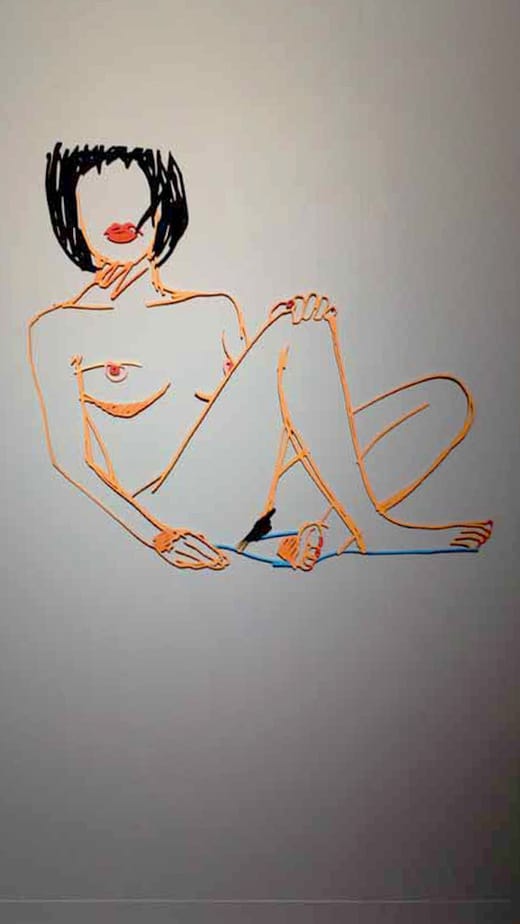 On Wednesday, champagne flutes clinked to inaugurated the 2017 edition of Art Basel Miami. The mood was decidedly festive. Under a protective dome of Miami sunshine and the manic highs of the Trump economy, many found reasons to be optimistic. The Swiss bank UBS (an event sponsor) says Art Basel Miami is the number one fair for collectors and looking at what galleries bring it’s easy to see why.

Big galleries brought impressive offerings and were rewarded by collectors. According to ArtNews, Hans and Worth placed Bruce Nauman’s Untitled (Two Wolves, Two Deer) for $9.5 Million. Pace Gallery sold nine pieces in the first two days, including Yoshitomo Nara Young Mother which went for $2.9 million. David Zwirner attracted buyers with a selection from Jeff Koons among others. 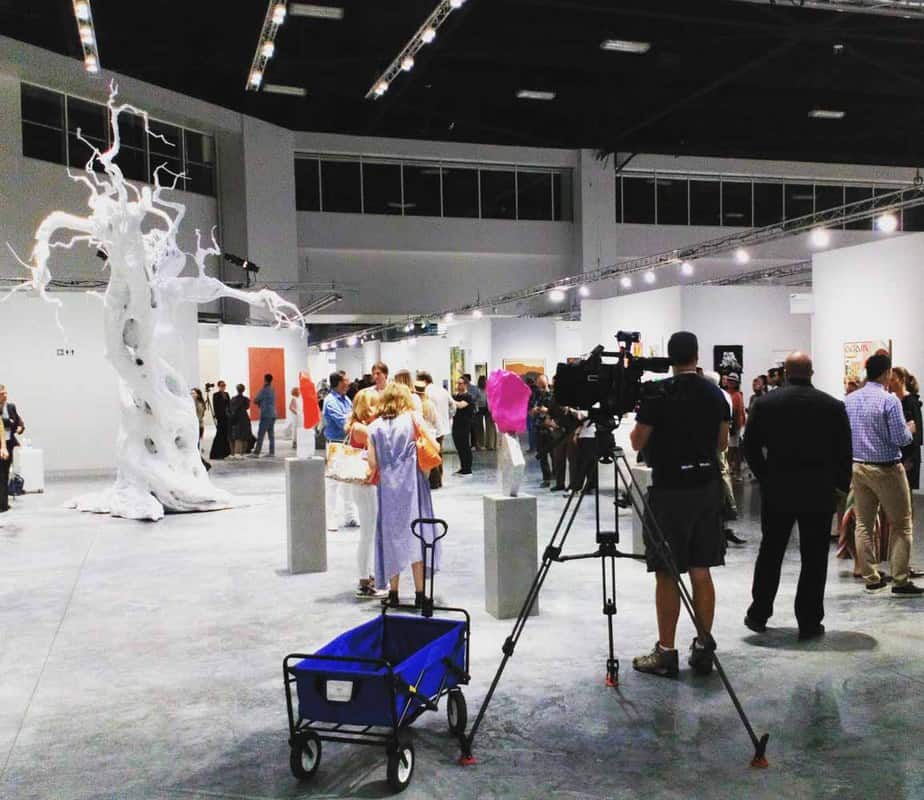 Playfully shown by several galleries, Tom Wesselmann’s work connected the Swiss fair to the sensual Miami ambiance. The Sidney Janis Gallery displayed the artist’s 1987 Steel Drawing (Sitting Nude), a provocative female whose lack of facial features gives a sense of either anonymity or universality. Several of Wesselmann’s Great American Nudes sprawled in louche posses across the walls of the Edward Tyler Gallery’s booth and at the Gagosian booth.

Mere financial mortals were given a point of entry through Sanya Kantarovsky’s solo show at Berlin’s Tanya Leighton Gallery. His Infinite Repeating Pattern work was available in two formats, as large-scale paintings and as a limited edition run of shirts. The shirts, priced at $800, were almost sold out by the end of the first day. The gallerist said that one of the paintings had sold as well. The colorful patterns felt at home in Miami. 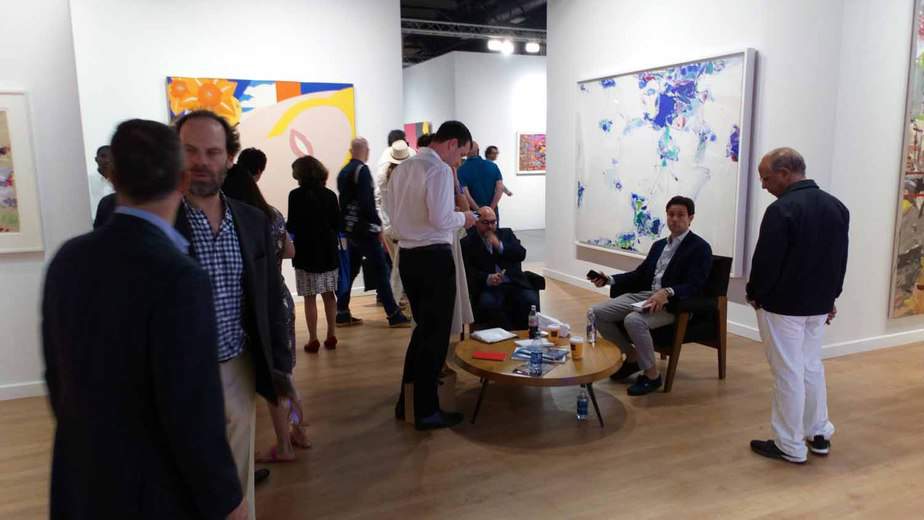 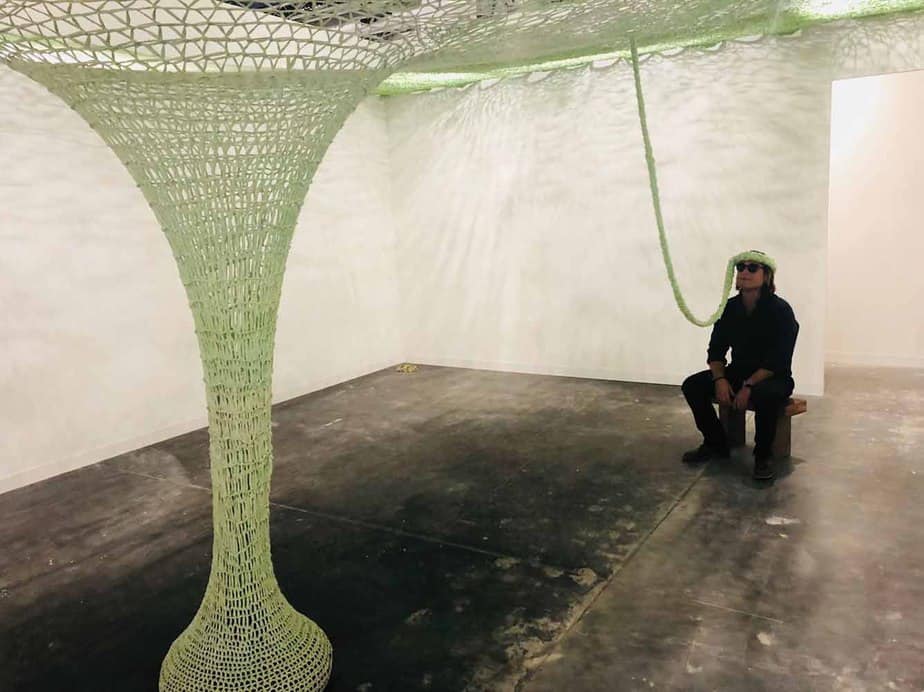 For those only looking to walk away with an interesting experience, the Ernesto Neto installation at the Foundation Beyeler was a favorite. The Brazilian artist knotted a tree like cotton canopy that invites meditation. Two stools, with weighted knitted headgear, literally connected visitors to the piece. After a couple sniggers, the headsets did give a sense of calm in the hectic environment. I did not want to take it off. The work was not for sale but instead aimed to raise awareness for a larger Neto installation in Zurich’s main train station coming up in 2018.

Also, an impressive array of sculpture was shown. One of the first pieces to catch my attention was Elisabetta Benassi’s Mimetica, 2016. The sculpture is an artificial palm tree, made from steel, resin, and natural fibers sprouting from the Magazzino Gallery’s wall. In the center of the action, Nick Cave’s Soundsuit, 2017 mixed media project broke up the monotony of the rows of booths. 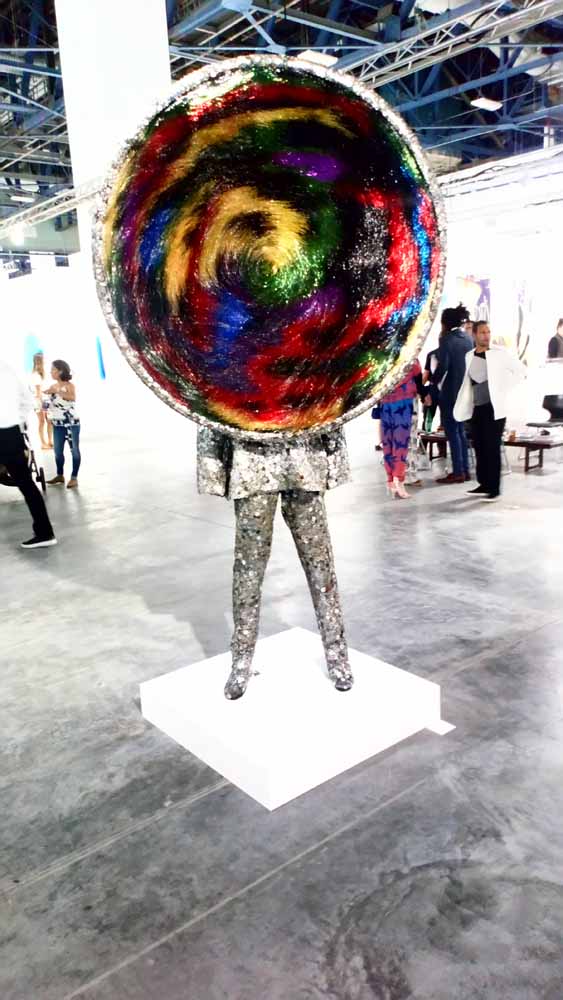 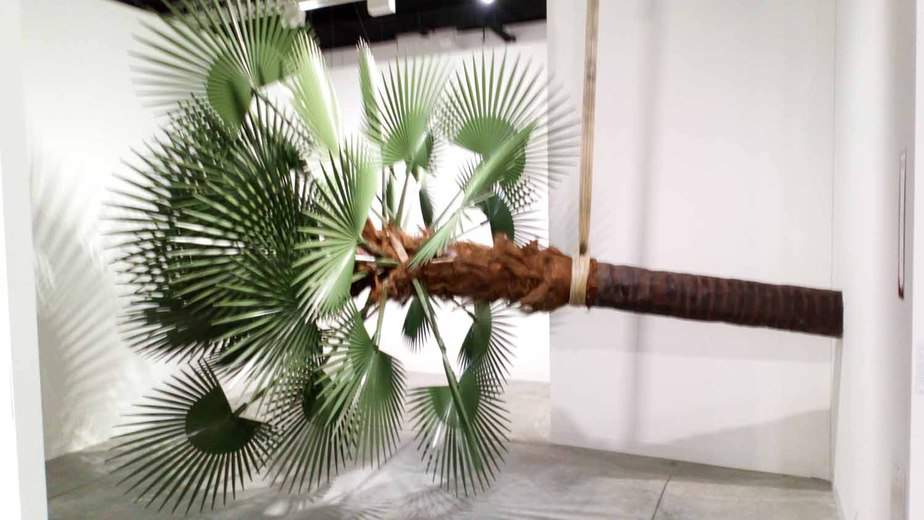 The atmosphere in Miami is light, but the art is serious. When asked why he comes to South Beach every year, New York gallery owner Richard Taittinger says it is simply because “there is always an impressive selection.” You just have to be careful that the art does not distract too much from the party.