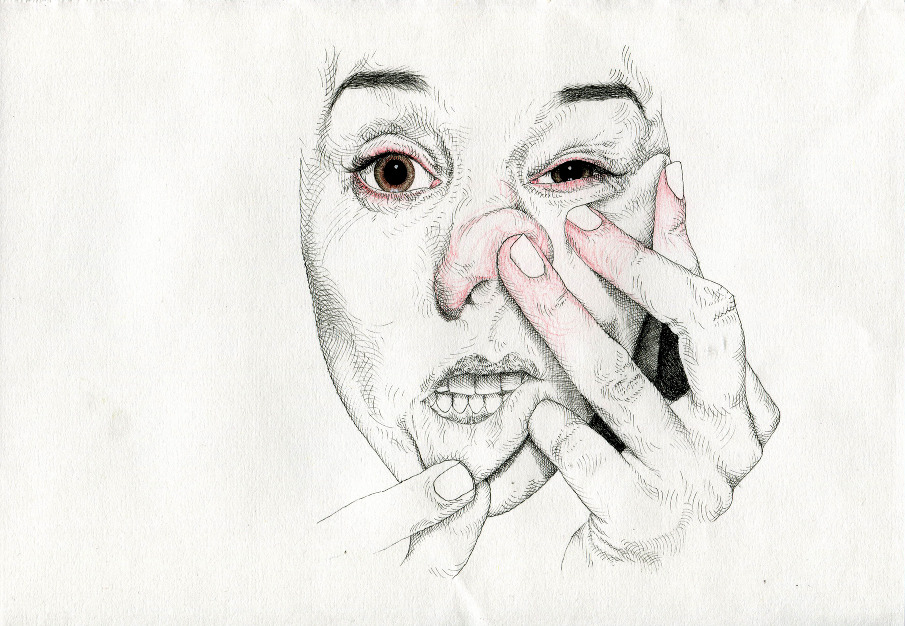 Analisa Aza does a lot with faces. Her body of work mainly consists of portraits of unusual facial expressions. She likes to keep her subjects front and center with minimal interference.

In her series Facial Distortions, Aza draws the same figure three times; each time altering the face in a new way. The first portrait shows two hands pulling down on a face from a white background. Two brown eyes stare through the frame. The hands cover the mouth, silencing and even suffocating the mysterious figure. Aza uses a touch of pink on the fingertips and eyelids to add a splash of color. The lack of detail in certain areas only adds to the intensity of the eyes. An ominous look filled with fear and anger. The second illustration shows the same face with fingers pressing against the cheek and nose. The other hand pulls down on the lower lip exposing the teeth and gums. The face appears now awestruck and surprised. Finally, the third portrait shows the face squashed between the two hands. The left index finger mashes the nose into a bundle of wrinkles. The tongue hangs limp out of the mouth. Flesh squeezes in lumps around the sides of the face. The eyes squint at the viewer with a strange sense of irony and humiliation. 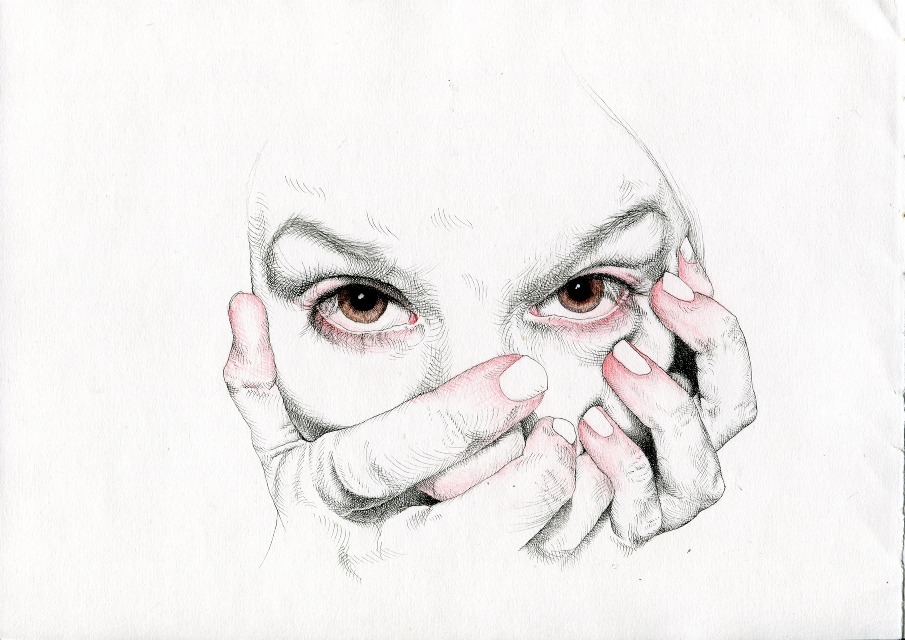 In her series of pencil drawings, Aza attempts more traditional portraits with an odd quirk. One portrait shows the profile of a man with his nose scrunched up as if he were about to sneeze. He seems to be caught in a moment of utter repulsion. Another portrait shows a young boy in the bottom of the frame. The weight of the top half of the frame sits on top of his head. His mouth and eyebrows slant downward with deeply rooted feelings of dissatisfaction and defeat. Another portrait of a man shows him grinning with rage. Veins bulge out of his neck. His teeth grind together with fury and hate. Lastly, a drawing of a newborn baby brings a humorous side to the work. The child stares with wide eyes and a gaping mouth. A look of pure wonder radiates from his innocent face. 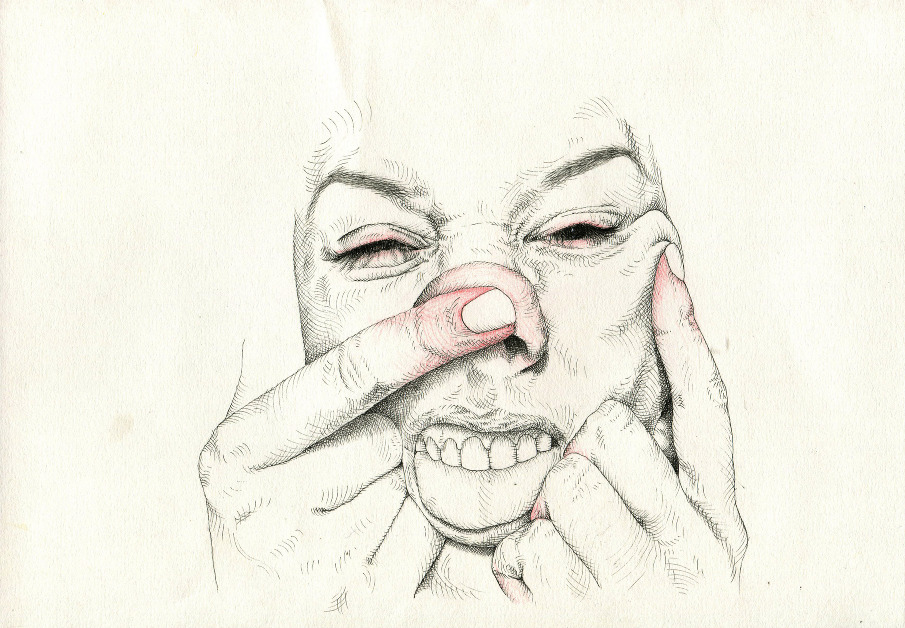 Analisa Aza lives and works as an illustrator in London, UK.