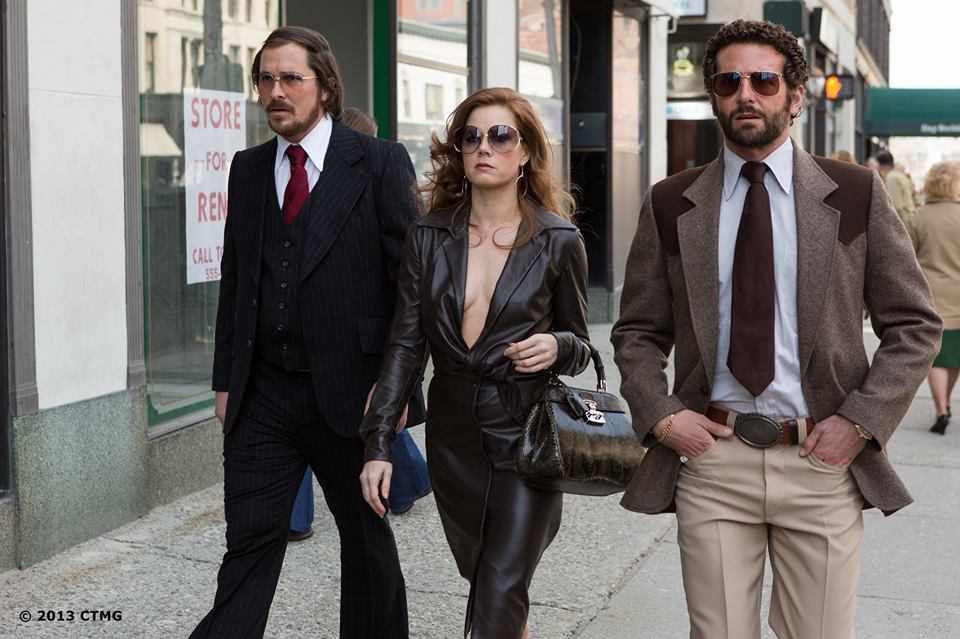 Lies and scandal converge in American Hustle, the award winning film by director David O. Russell. Con artist Irving Rosenfeld (Christian Bale) and his mistress Sydney Prosser (Amy Adams) team up with power hungry FBI agent Richie DiMaso (Bradley Cooper) to take down a slew of mob bosses and American politicians including New Jersey Mayor Carmine Polito (Jeremy Renner) by convincing them to take bribes and fake Arab money to rebuild Atlantic City. As the opening credits state, “Some of this actually happened,” the film loosely plays on the events of the infamous “Arab scam” or Abscam scandal in 1980. 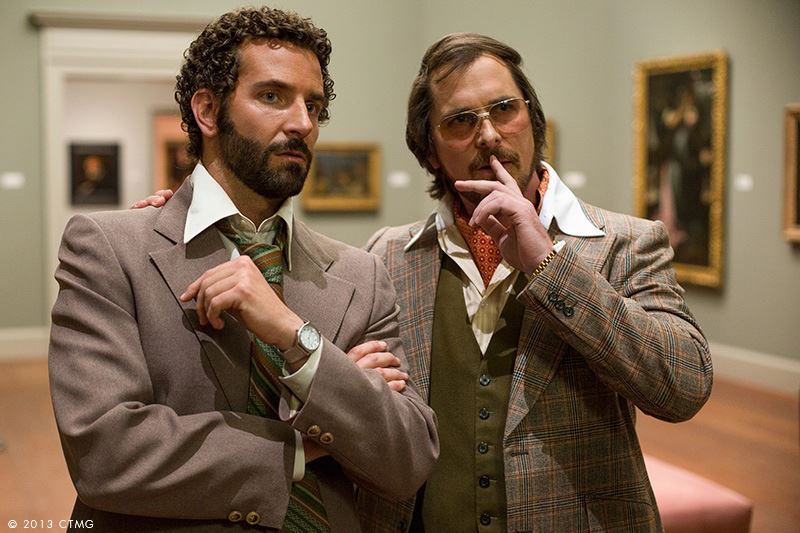 The star of film is the screenplay written by David O. Russell and Eric Warren Singer. The plot flies across the screen at a lightening pace as a high stakes sting escalates out of control for everyone involved. The unbeatable acting ensemble coolly rolls along with every twist and turn. The core of the story centers on the idea of the personal con, the lies we tell ourselves and the ones we love to get through life. Rosalyn Rosenfeld (Jennifer Lawrence) cons herself into believing in her husband Irving and their marriage. Richie DiMaso cons himself into believing in his own ideas. Syndey Prosser cons herself into believing in a new identity and the life of a con artist. 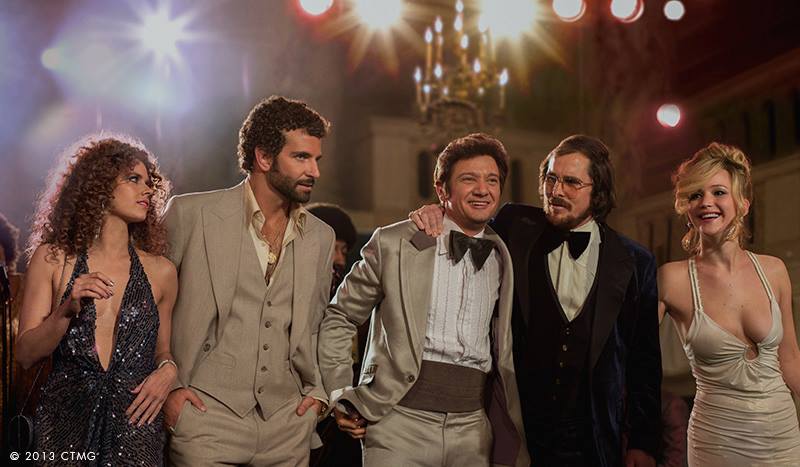 With American Hustle, David O. Russell finally establishes himself as one of the great writer/directors working today. With a successful career reemergence with The Fighter in 2010, O. Russell developed the right emotional and comedic rhythm with a unique cast of characters each with their own personal sense of pride and ambition. In 2012, O. Russell returned with the romantic comedy Silver Linings Playbook, an erratic romp on modern love and mental illness. The director has carved out a particularly skilled group of actors to shine in his films with repeated use of Lawrence, Bale, Cooper, and Adams. Above all, David O. Russell has emerged as the king of the happy ending. Down and out working class people overcome their personal faults and the faults of their relationships to succeed in the end with a good laugh along the way. Change is possible when everyone turns out to be a winner. Or at least that’s what we like to tell ourselves.