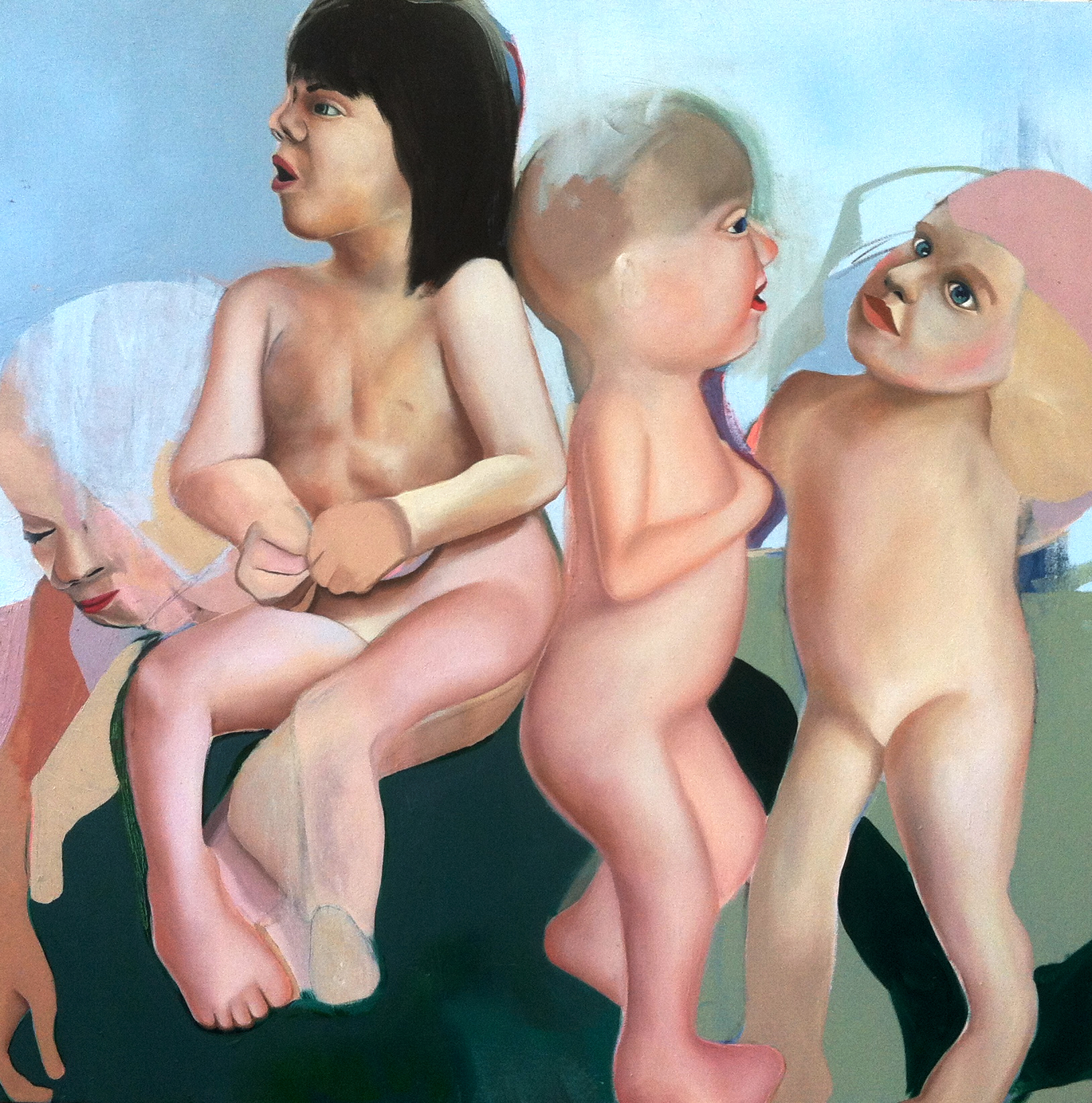 Painter Amelia Briggs creates a playfully turbulent world of loose limbs and mangled bodies. The bright pastel colors and crude lines resemble illustrations from a child’s storybook. Baby doll faces and naked misshapen figures give the work a familiar feeling of lost innocence. A melting pot of human-like forms suggests chaos and destruction. The artist arranges groups among the figures that create a sense of inclusion or exclusion.

Several pieces feature a stack of pale bodies on top of a dull shapeless mass. The unfinished figures pile over each other like discarded broken toys. Female faces stare back at the viewer with a look of fear and wonder. A naked woman balances herself between the mound and the emptiness below. 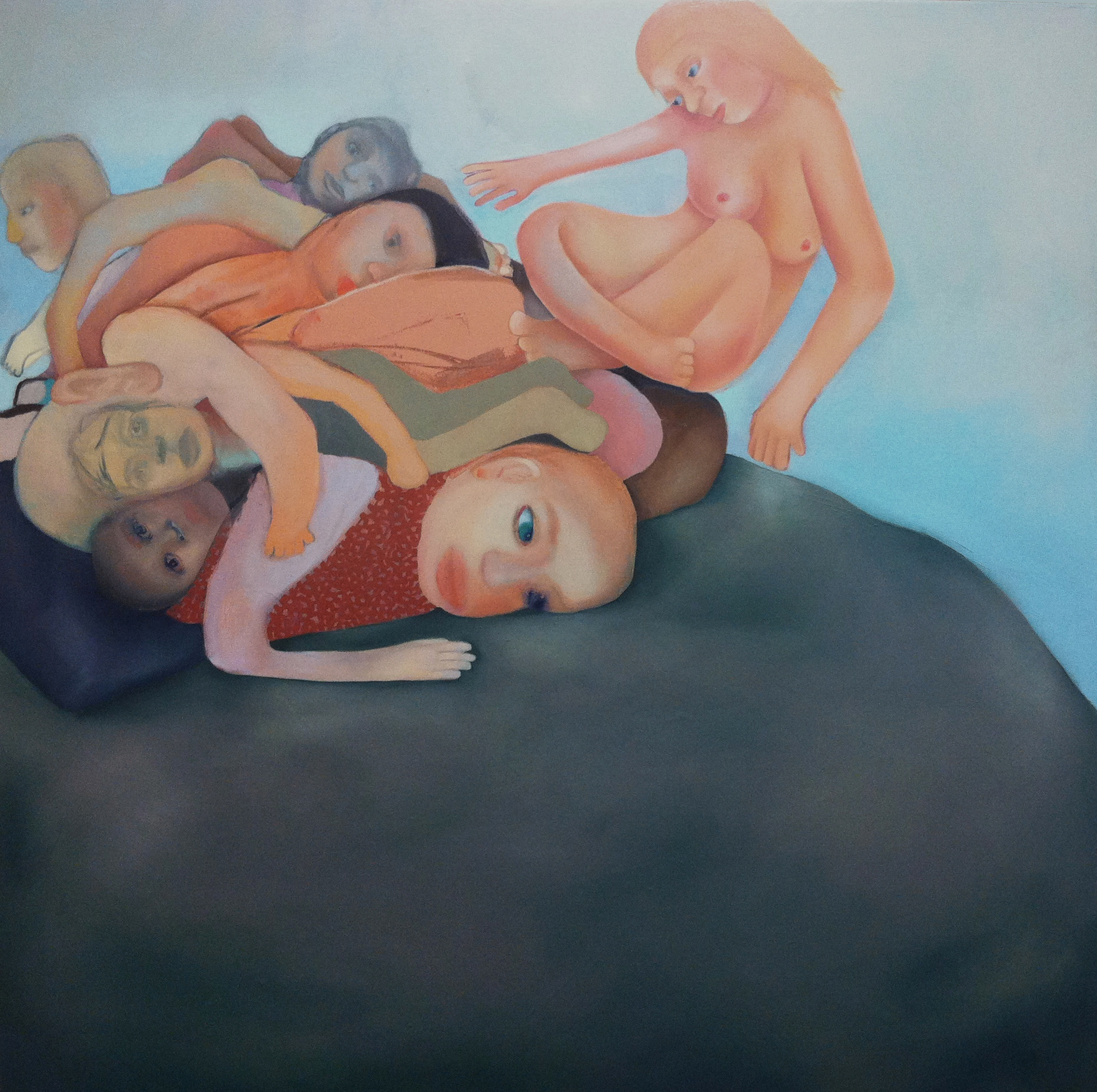 Does she want to escape from the group or does she hope to join it? Formal compositions similar to traditional Renaissance painting evoke a sensation of holiness and virtue. Angelic figures in a mystical land of merging forms and solid white clouds. The frame fills with fantasy and a sense of muddled order, unfamiliar spaces with precise arrangements. Each figure seems to be in the right spot, absolute and full of relentless faith. The desire for inclusion and the fear of exclusion pulls the figures together in a web of discord and harmony. 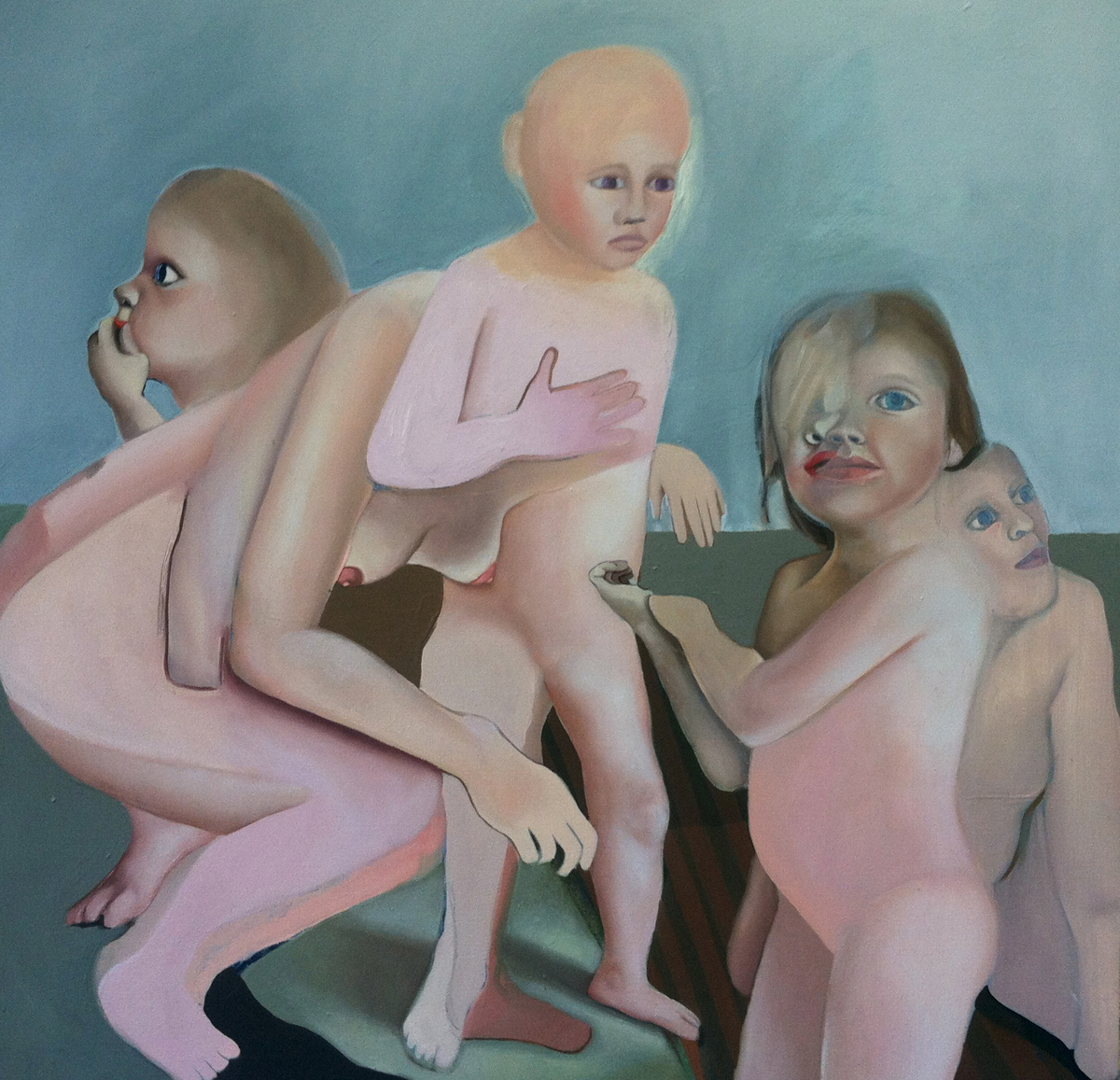 Amelia Briggs believes in uninhibited expression in her work. Her worlds teeter between reality and fantasy by inserting recognizable faces in unusual environments. As a graduate student at the University of Memphis, Amelia has come a long way from her previous work that includes colorfully realistic portraits of women and bouquets of flowers. Influenced by the work of Abstract painter Philip Guston, Amelia strives to make personal images that speak to her sense of self and our complex emotions as human beings.